Can you see the missing paint? 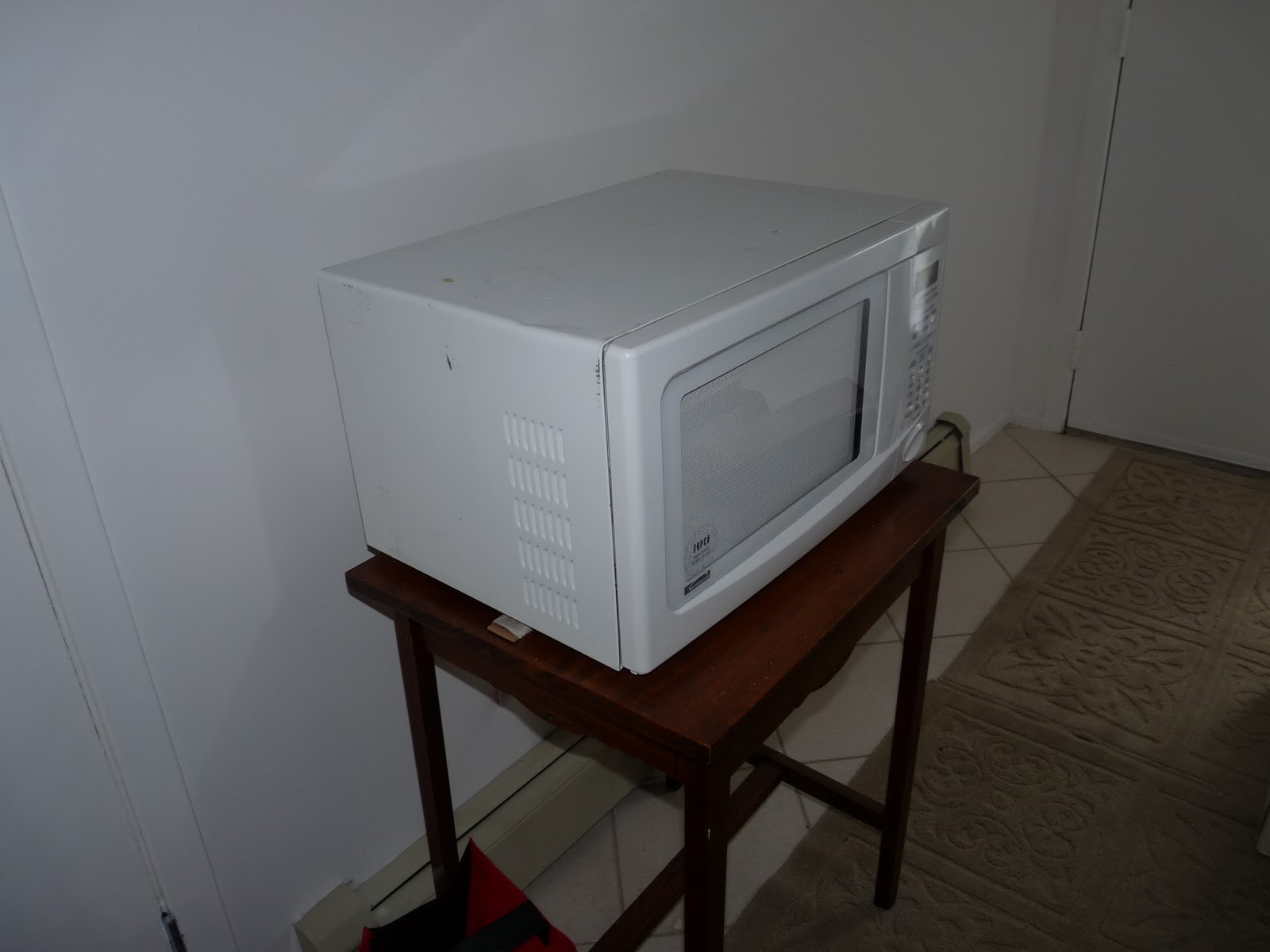 Our microwave has sentimental value.  Odd, I know.  It belonged to my husband’s paternal grandparents and it is one of the few things he has of theirs.  Unfortunately, it got really banged up in a series of moves and was missing paint.  It works perfectly, so it felt wasteful to scrap it in favor of a new model.  But I couldn’t bear to put it in our spruced up kitchen as is, so I decided to paint it.  I agonized over bright yellow and pink swatches, considered chalkboard paint but finally decided I didn’t want to draw attention to it or spend any cash.

First, I removed the cover and brought it out into the garage.  I didn’t touch the plastic front or functioning parts.  I lightly sanded the metal cover, cleaned thoroughly and let it dry.  Then I used metal primer I had on hand before painting it with the soft grey paint used in the half bath.  Two coats later, I was done.  The result?  The micro is no longer an eyesore and will suffice for now.  It won’t win any awards for fanciest D.I.Y. project, but it blends in and doesn’t look like it fell off the moving truck–which is what I want from a microwave. 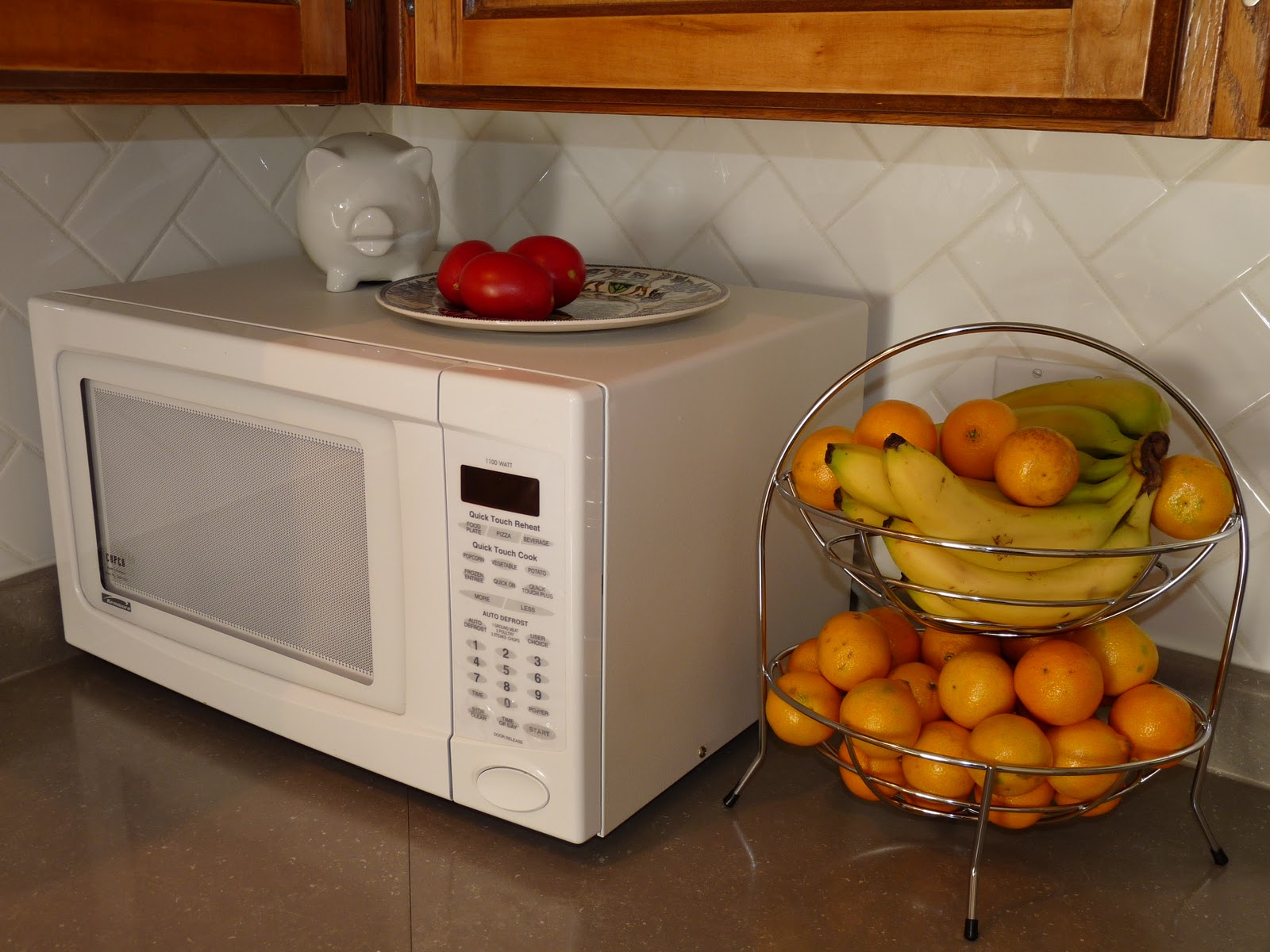