Remember I blogged about getting a photo we took in Portugal enlarged to fit a frame we had?  It was my attempt to inject a bit of “summer” into our hallway.  Here’s a link if you missed it.

Well, we finally have the enlargement and already wrestled it into the frame.  Scroll down for some shots of our front entry way “before” and after a “spit and polish”.  It isn’t finished, but looking better.  To see another part of this hall, check out my post about making a holiday card display board here.

﻿﻿﻿﻿﻿
So, What Did We Do?
We kept the tile.  It was installed professionally and the same tile runs through the hallway toward the stairs and in the half bath.  Plus, the same tile in a different colour combo (black & white) runs into the kitchen and then is transitioned nicely to the hardwood.  To change this tile would be an all or nothing job, so we decided to work with it.  Its no secret I like turquoise anyway, so it works.

We did give all the walls and doors a coat of crisp white paint, sewed a new curtain, changed all the door knobs and hinges to silver (mismatched and ratty door knobs and painted hinges were this home’s trademark) and bought two new ceiling fixtures.  The rug is handwoven by a Finnish artisan in Northwestern Ontario using reclaimed materials.  Because my mom donates old clothes and fabric to the artisan, one of the turquoise stripes in the rug is of my old pyjama pants!

Basically, we just brightened up the space and made it look fresh and clean.  I think an overhaul isn’t always necessary (or affordable) and sometimes a “spit and polish,” as I like to call it, is enough. 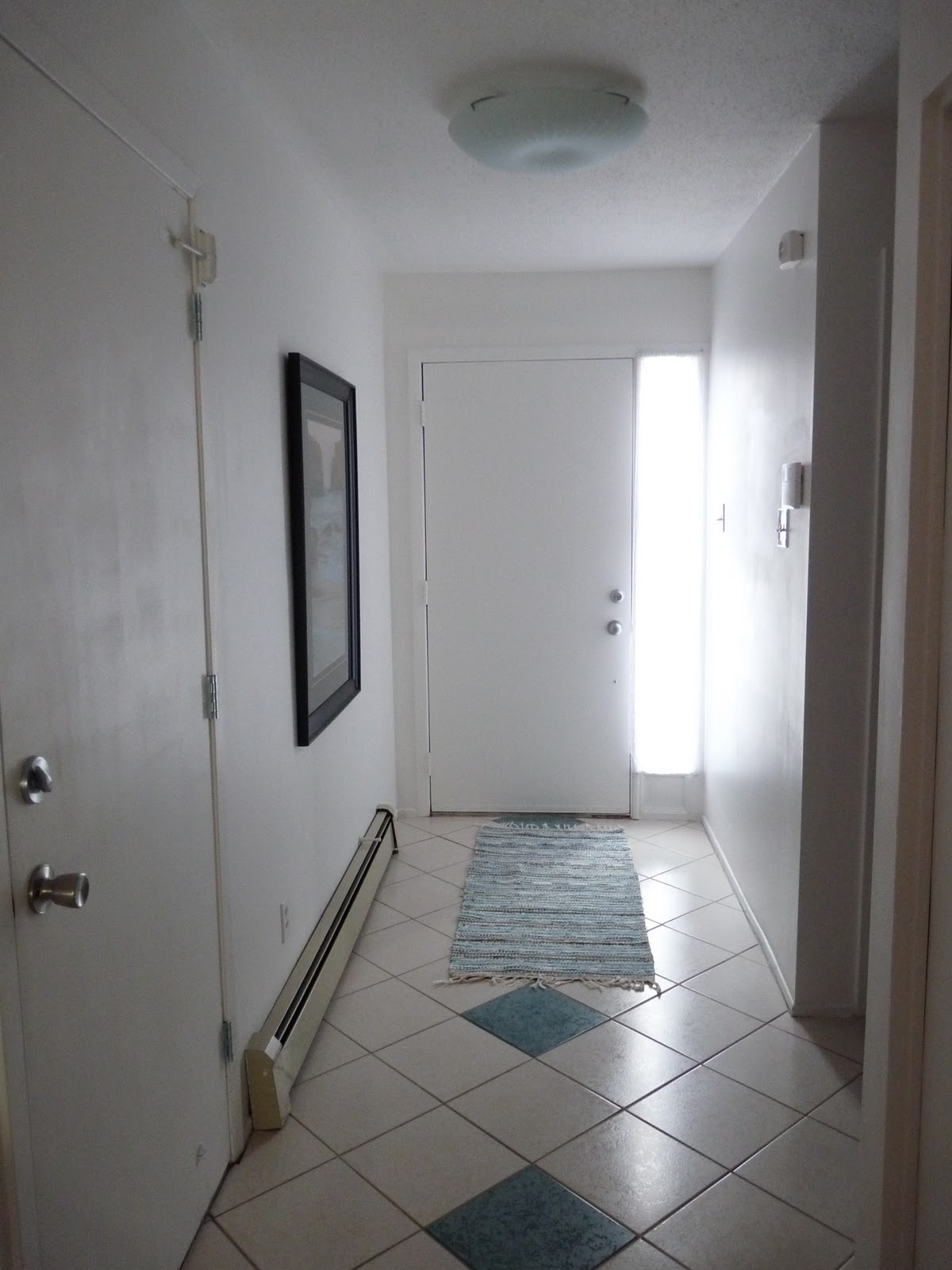 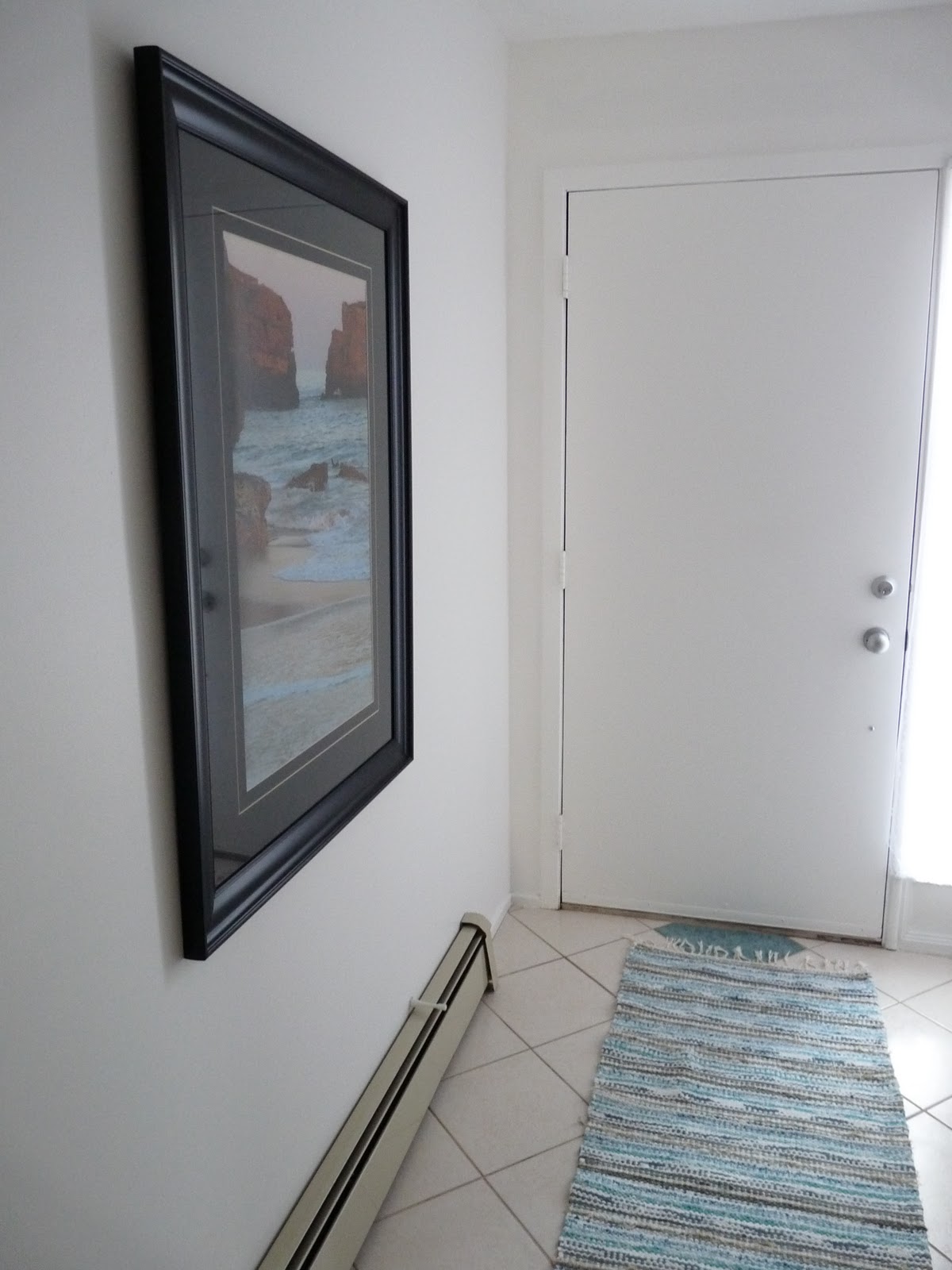 Some trials and tribulations:
The frame we bought wasn’t just a frame, it was a piece of “art” bought from the furniture department at The Bay because it was the largest frame we could find (and loads cheaper than custom).  But when we cracked it open, we saw that the “art” had  been glued to the matting and took some careful slicing to extract.

I also tried to “save” the light fixtures with some black spray paint but they still looked awful and after a mild earthquake which involved much rattling of the danglies, we decided to scrap it and buy new.  Happily, my grandma had actually been looking for similar dangles to replace the ones on her light fixture (hers had turned yellow-y), so parts of these light fixtures lived on and weren’t thrown out! 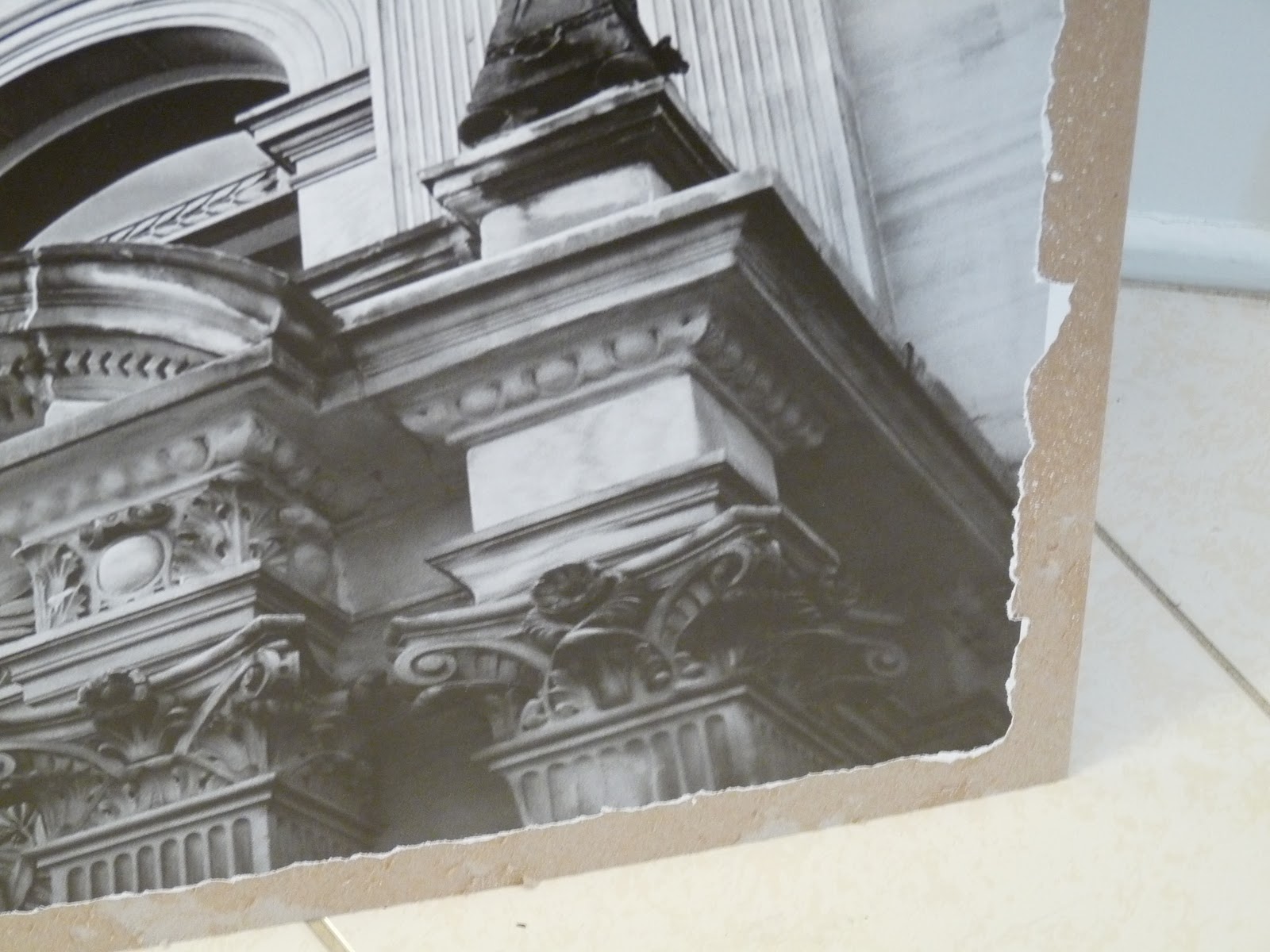 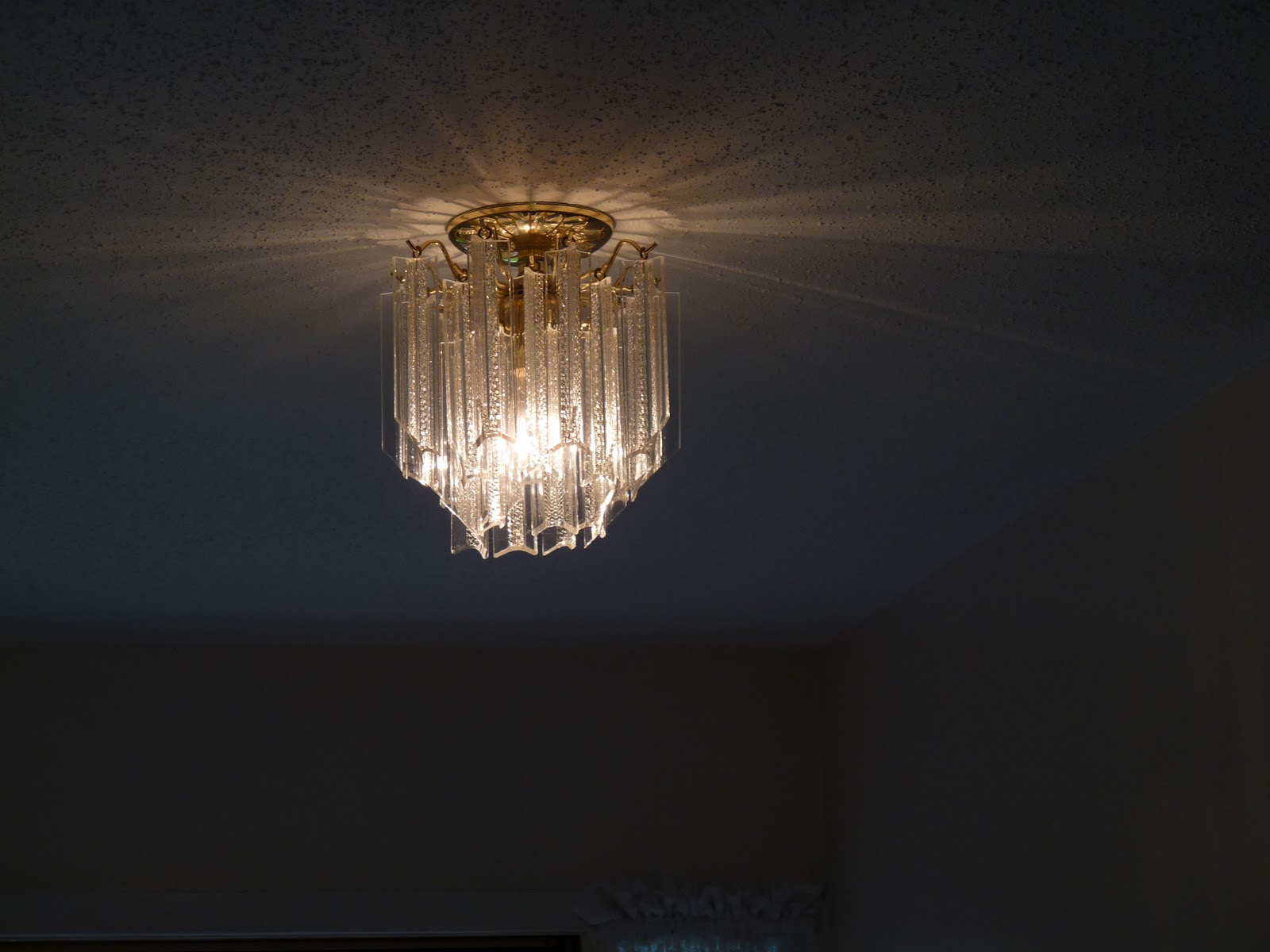