I blogged about a mysterious plan to better hide the fact that our sofa, from The Brick, was pealing apart but I spotted a great sofa deal over the weekend and, after an afternoon spent agonizing over the impromptu purchase, we decided to just get The Brick sofa outta the house and move on.  It makes me angry every time we sit on it which, embarrassingly, is pretty often.  It retailed for over $1000 (weep) but the same sofa-bed, no longer advertised as “bi-cast” leather but as “faux” leather, is about $700 now.  We posted our sofa on kijiji.ca, asking $80.00, and got one reply, from a woman asking me where I got my ottoman.  Another woman thought one of my photos (stolen from my blog) was a magazine shot.  All flattering, but not helpful.

After a day, we posted an ad for the sofa in the free section and were inundated with replies.  Approximately 700 page views and more than 20 replies.  After the first person to respond bailed, I contacted people in the order they contacted me but people are picky.  Nobody liked that it had flaws (well, that is why it is FREE).  Finally, a guy named Rob confirmed a pick-up time and promptly came over.  The sofa is perfect for his in-the-process-of-being-finished basement.  We got to chatting and he even offered his assistance and truck if we ever need to move big items.  There are such kind people in the world, aren’t there?

Here are the pics I posted for the ad: 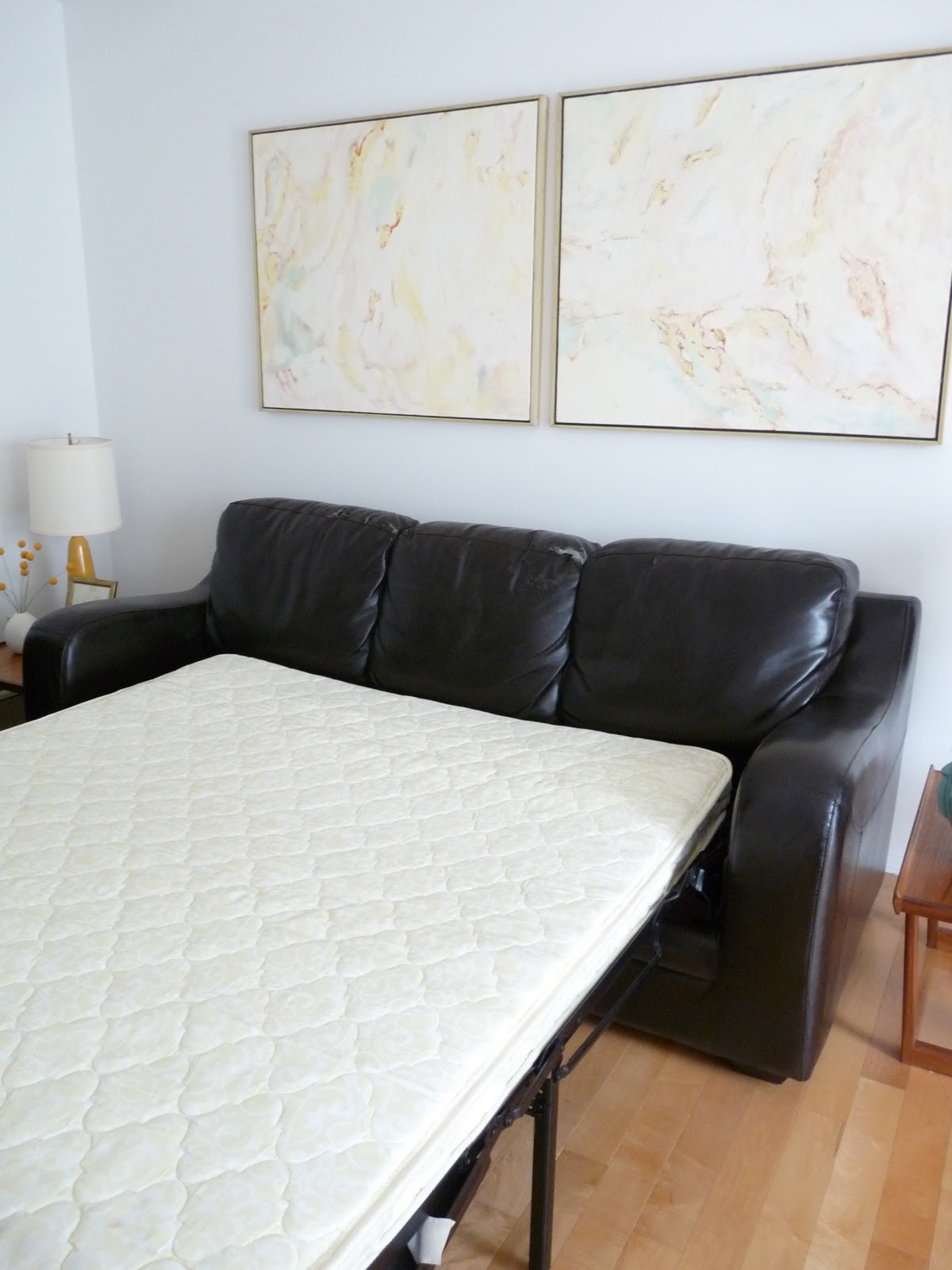 The “new” sofa is lighter, so here’s our super scientific approach to deciding if its the right choice: 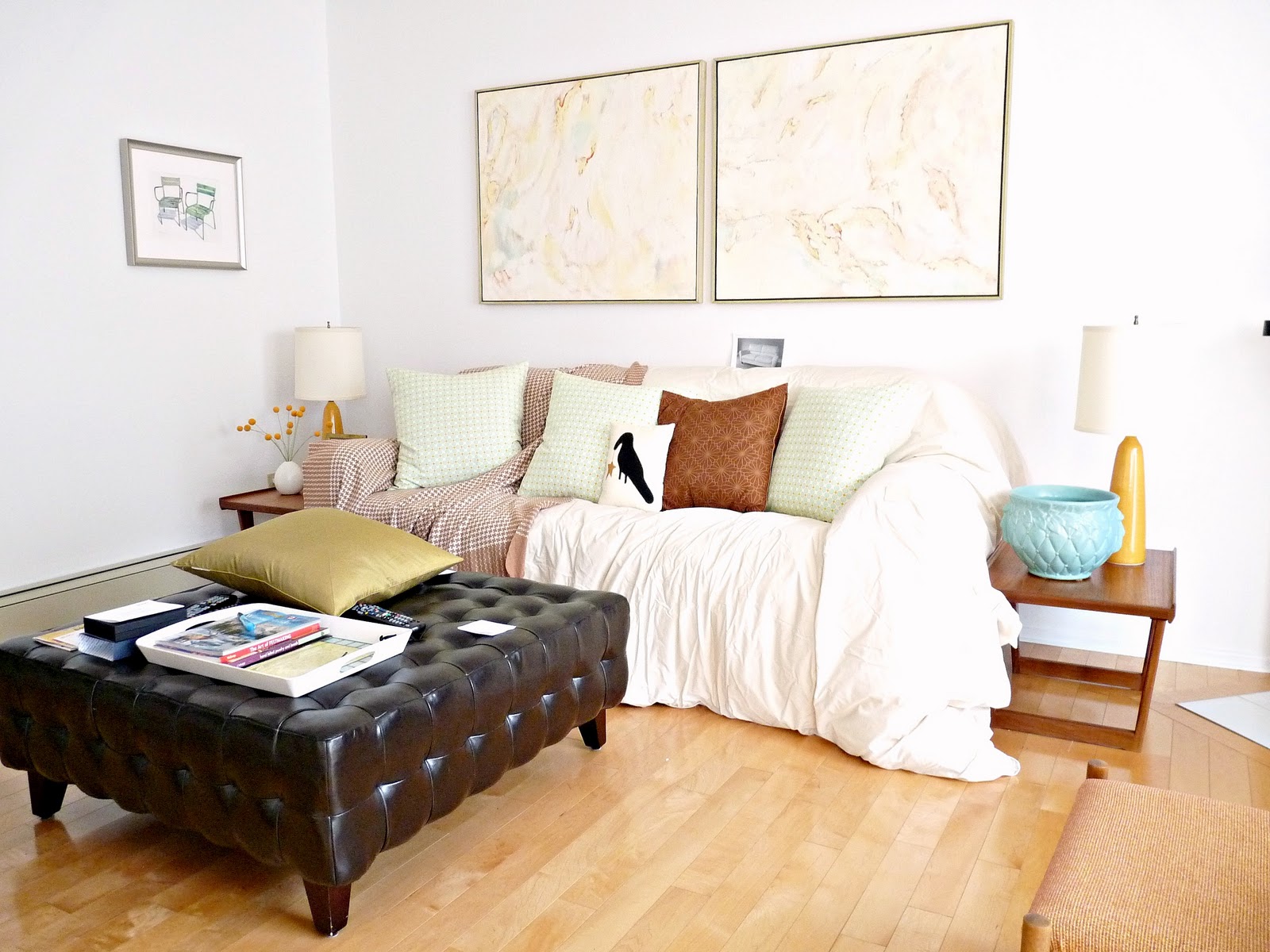 2.  Tape a leather sample swatch onto the blanket (it wouldn’t stick to the wall). 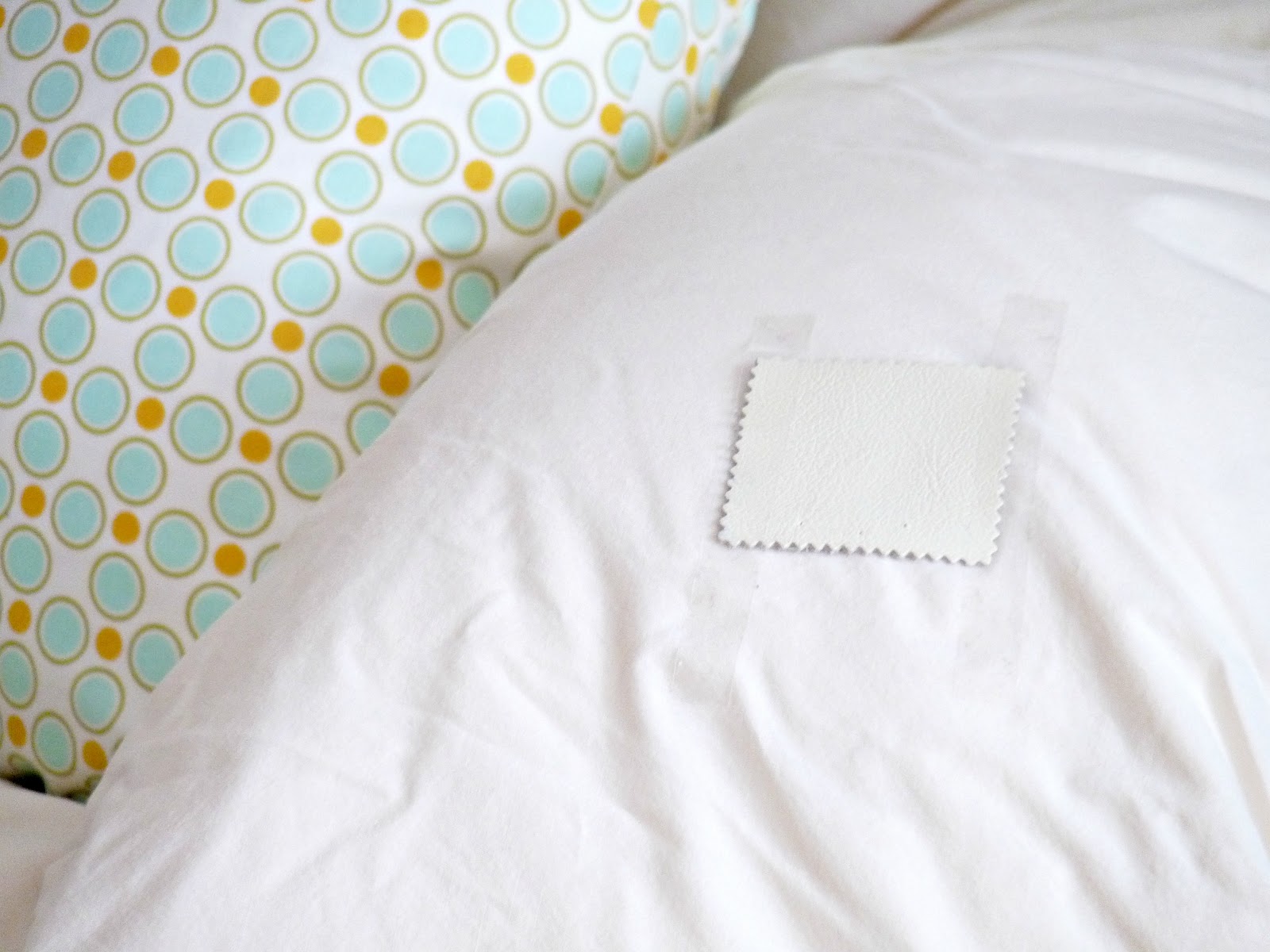 3.  Tape up an image of the sofa in question, for reference. 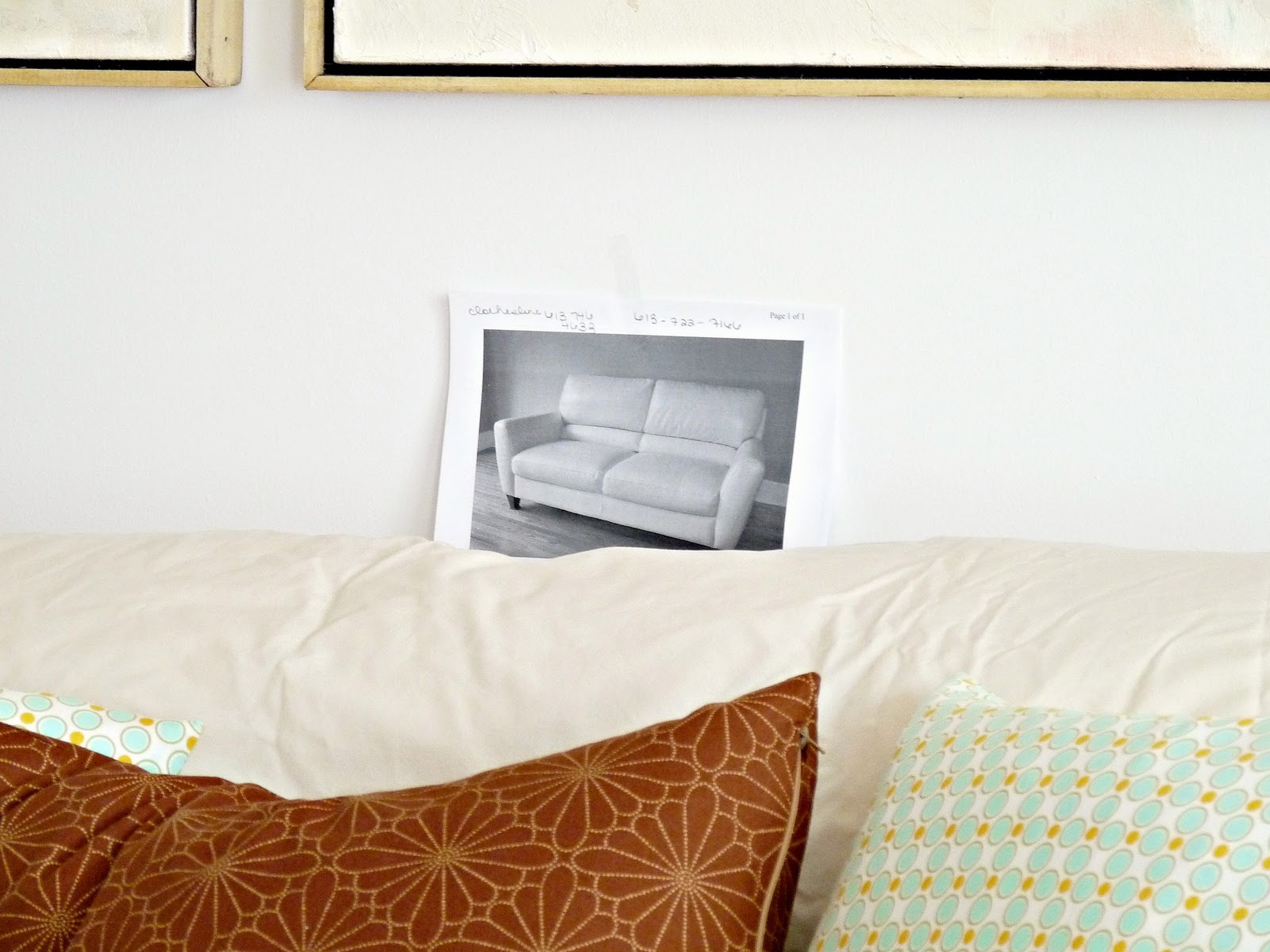 4.  Stare at it, from different chairs in the room.

But now it is time to clean up this mess (minus The Brick sofa, which now has a new home) and snap some photos of the “new” one!!