You might have seen the bits and pieces of my super-cheap stairwell makeover already, but I thought you might like to see how everything came together.  We have one of those homes (you can see before photos in the Townhouse Tour) that looked so bad when we bought it that even looking not-bad, looks good.  So what might seem like a simple makeover is a major improvement for us, especially when you consider that we spent very little money.

Here’s the before.  And yes, the mess is included.  Because the stairwell looked so ratty, it was easy to rationalize not tidying up.  I would shove things there, instead of putting them away.  It looked terrible and was a major trip hazard.   Plus, the paint was dingy and chipped, the railing was faded and worn, the mirror and art I randomly hung did nothing for the space, the light fixture appeared dis-coloured and the carpet was a major eyesore. 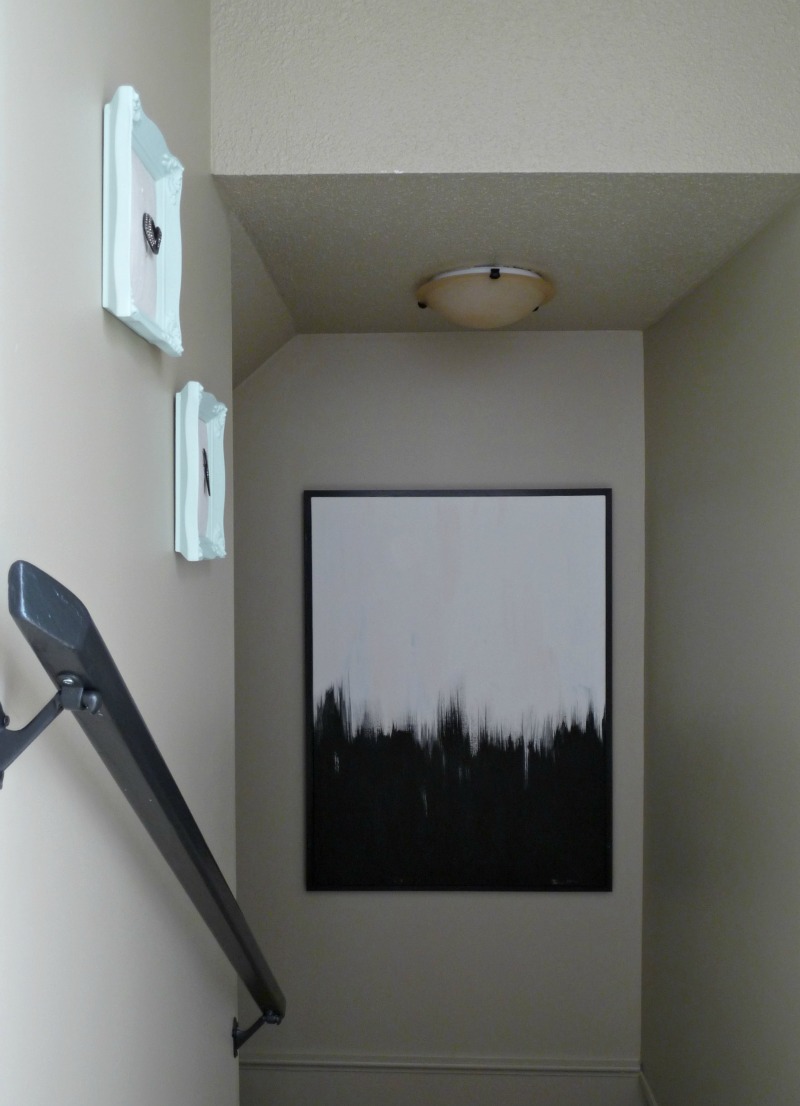 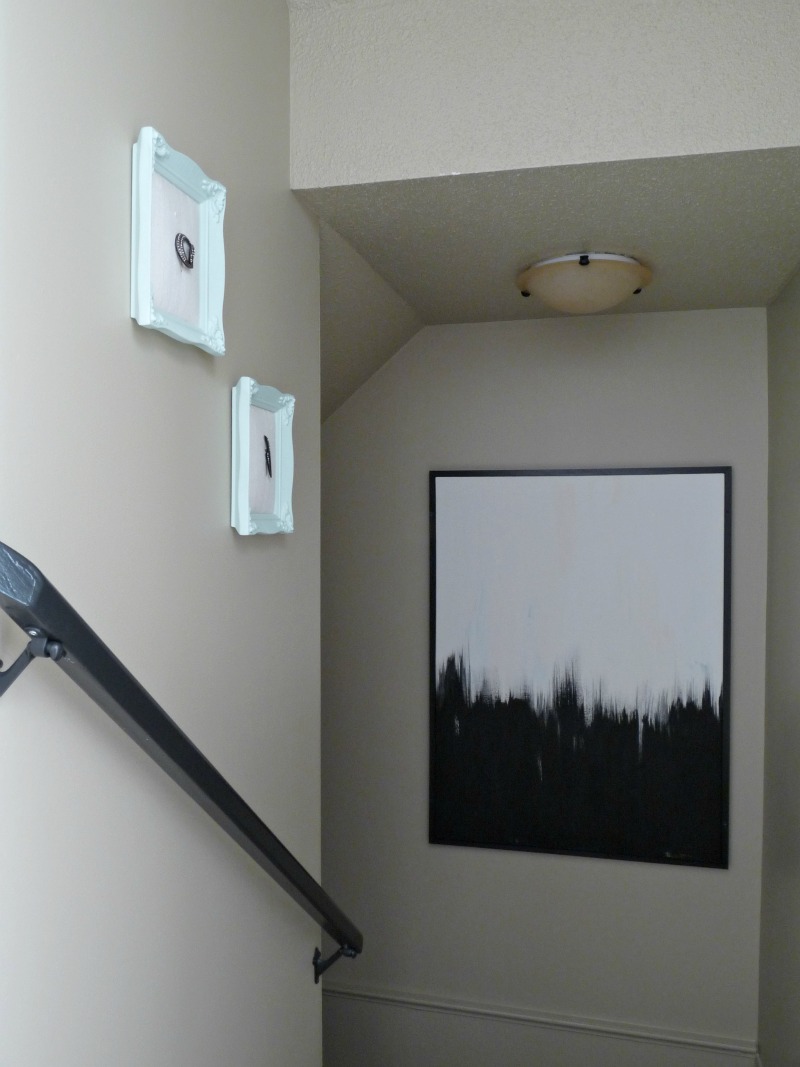 I still want to paint the light switch cover and steam clean the carpets (which are less noticeable now that the walls are a lovely greige, making the line between wall & carpet a little less obvious):

But even with just a little freshening up, the entrance to the basement looks less tired, less dated and just, well, prettier.  More like part of the home, and less like a space we enthusiastically ignore.  The rest of the stairwell still needs art & accessories, but it already looks so much better painted: 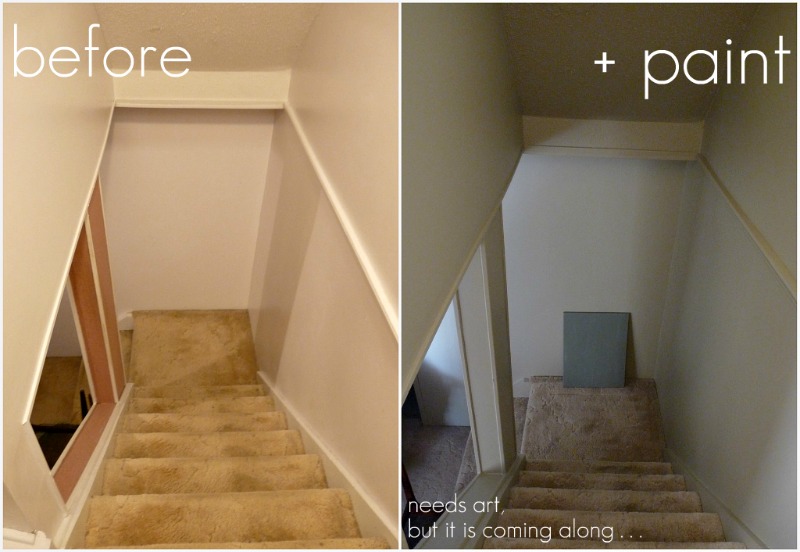