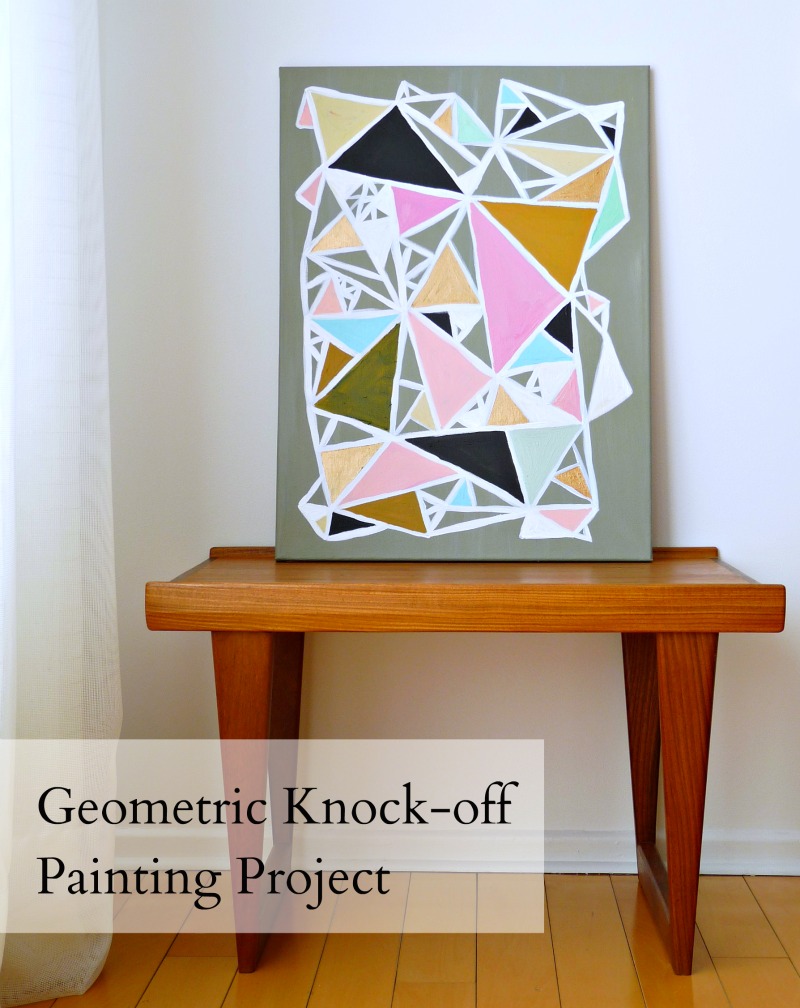 I took a stab at making a geometric painting (inspiration below).  I painted a canvas a shade of grey I mixed, using acrylic paint.  It is a bit darker than the inspiration, because I didn’t want it to blend in with the basement walls (where I think it’s destined to hang).  Then I drew the pattern I wanted with a pencil and ruler. 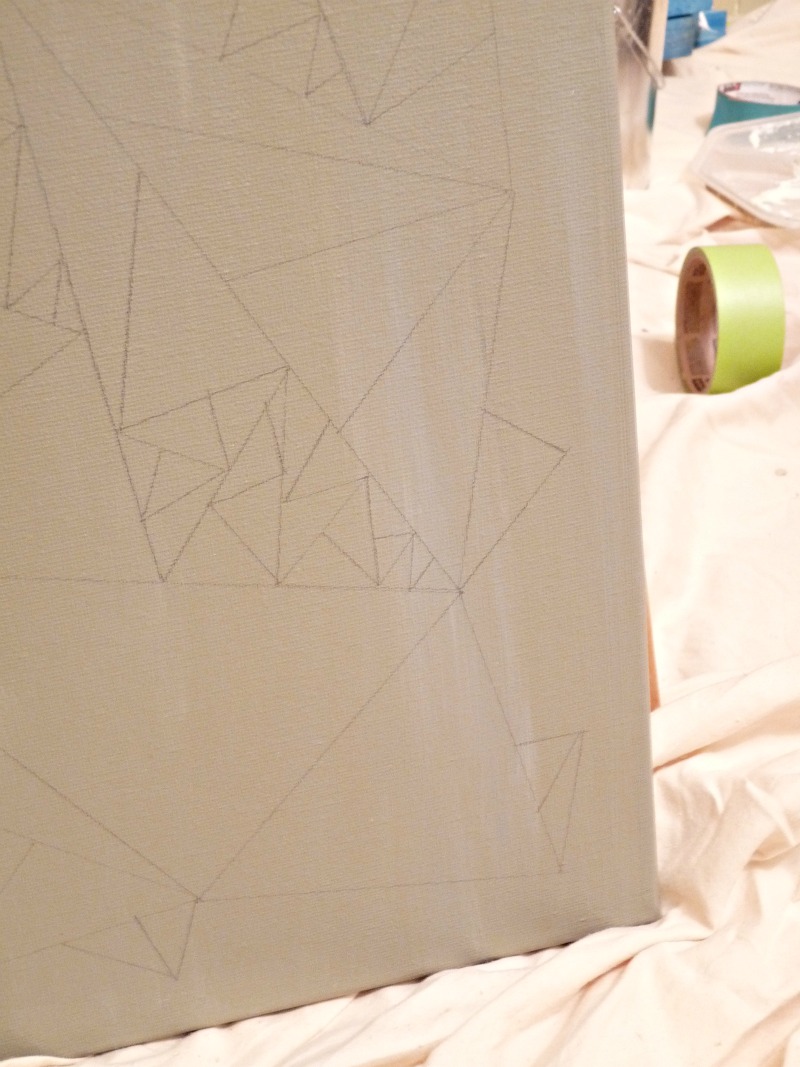 Using a short, hard bristled brush I traced my lines in white paint (I needed to go over them twice for an opaque look).  Then I filled in the triangles. 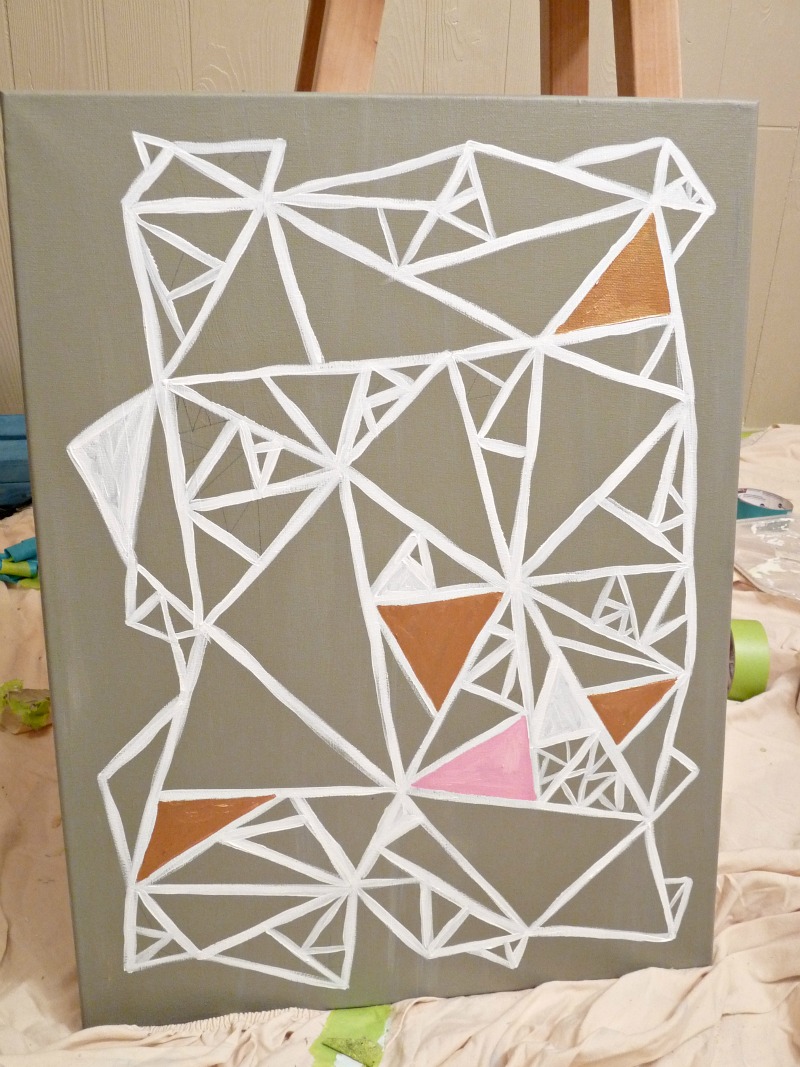 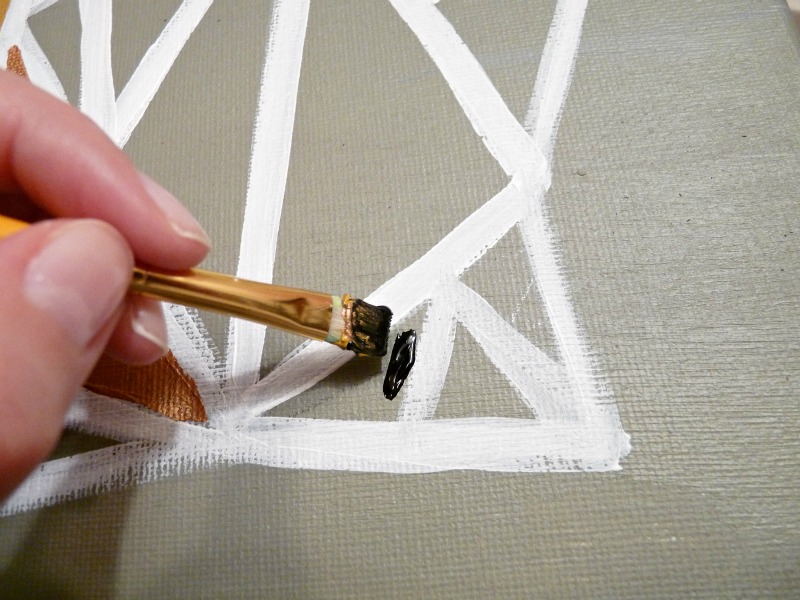 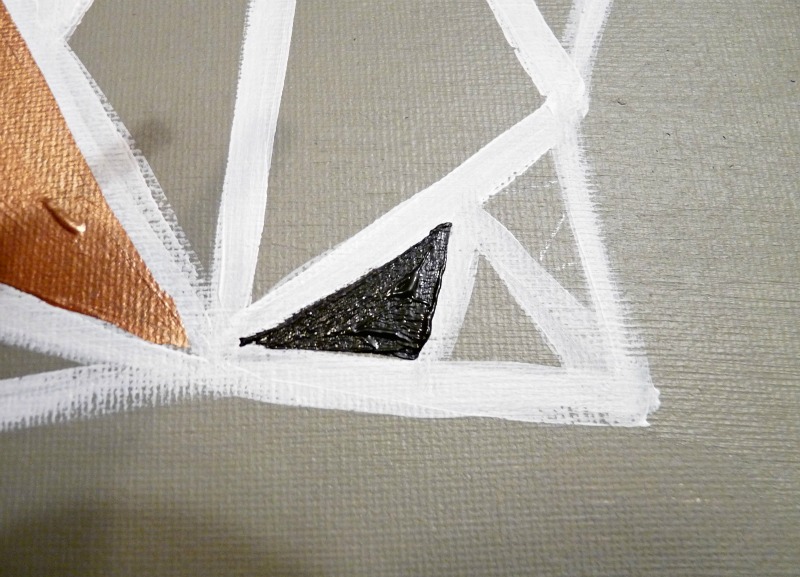 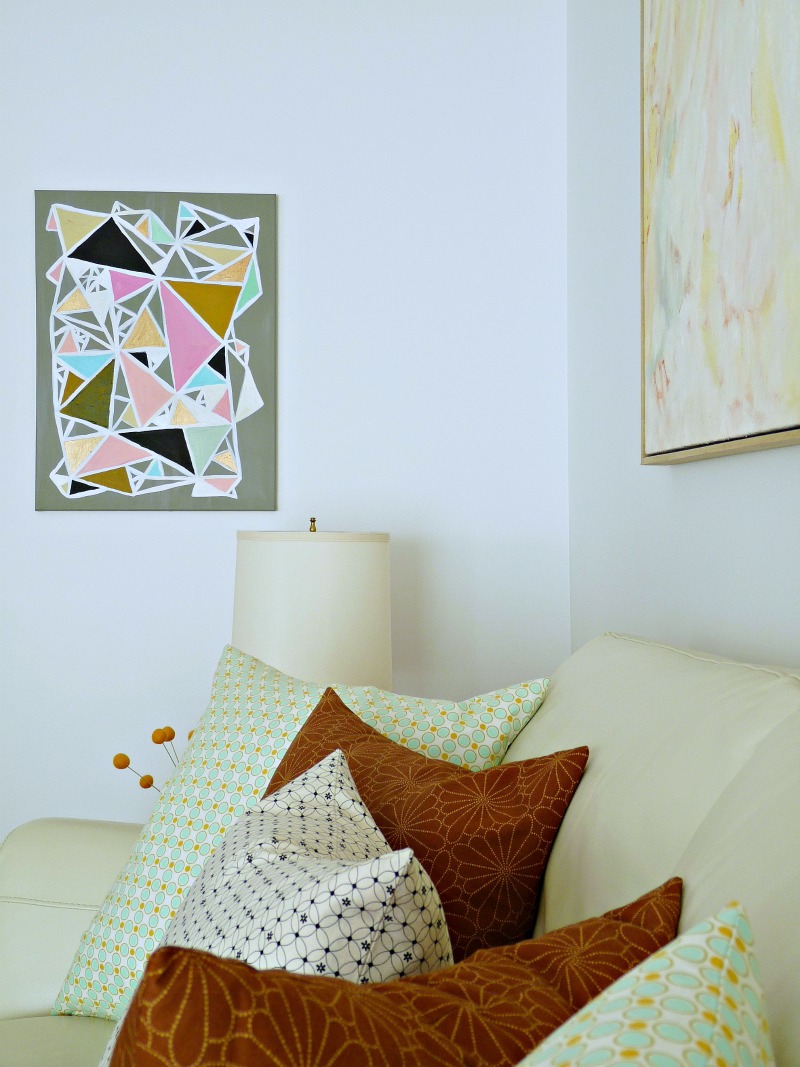 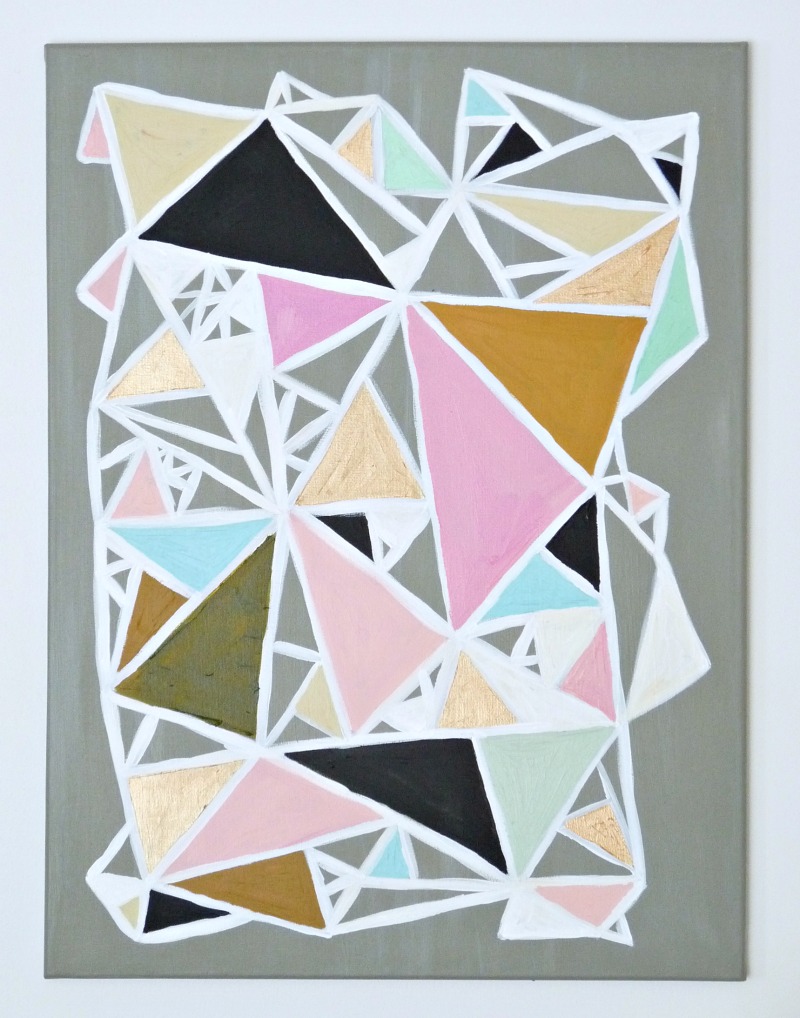 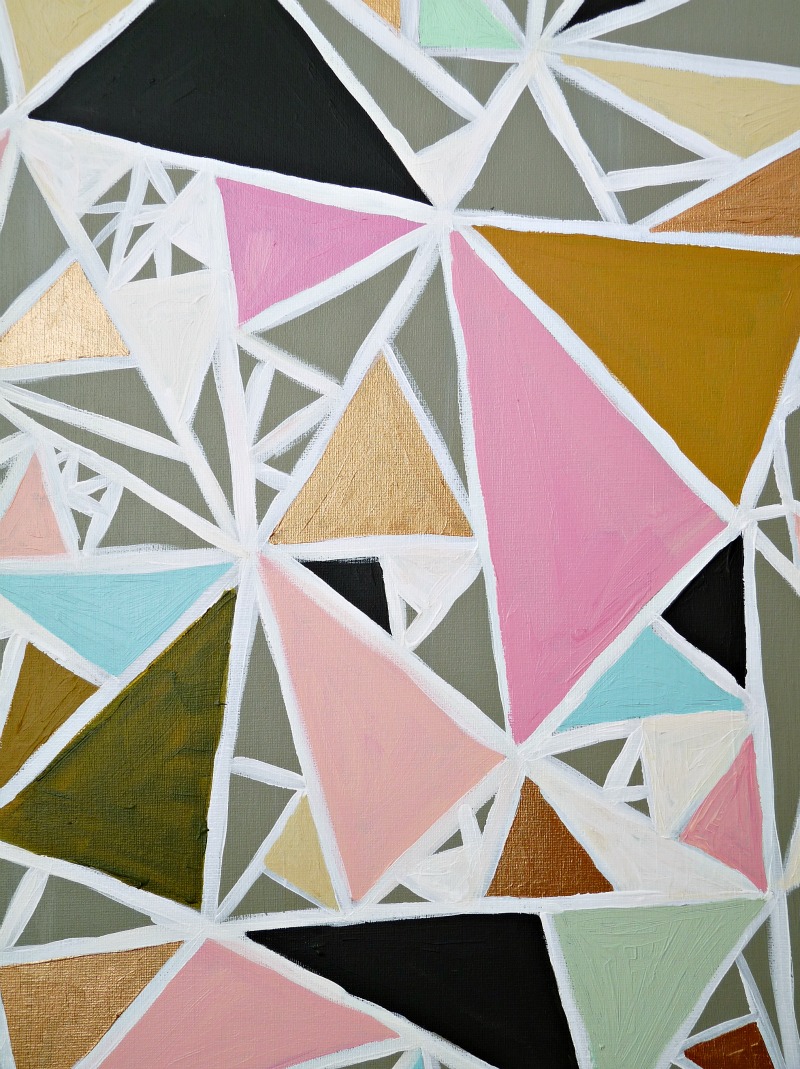 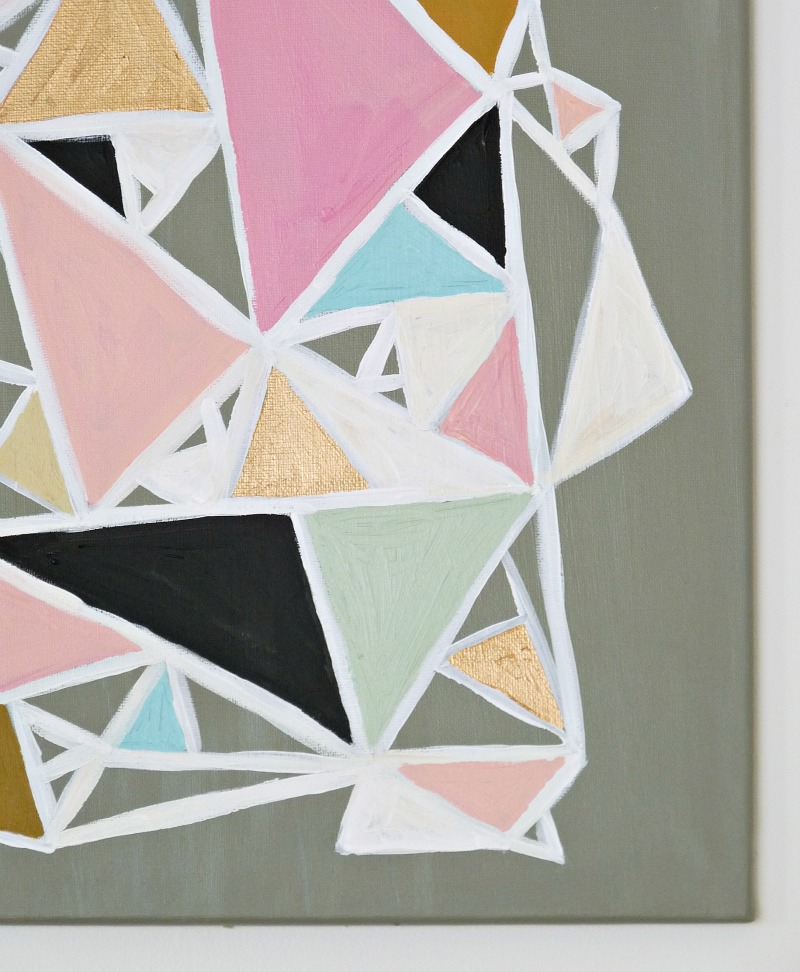 This is the original Etsy inspiration (which must have sold because everyone’s links are an Etsy dead-end.  Anyone know the seller?)  I didn’t realize until writing this post how overboard I went on the coloured triangles.

Kristin F. Davis did a tutorial for Pantone.  Even though she started with same piece as inspiration, hers and mine look totally different from each others’ and the original.

Honestly, I think I like mine the least.  Sad face.  But copying the work of someone else is not as easy as one might think.  Further, just making a decent abstract is tough.  It can slide into cheesy, my-kid-could-paint-that territory super quickly. 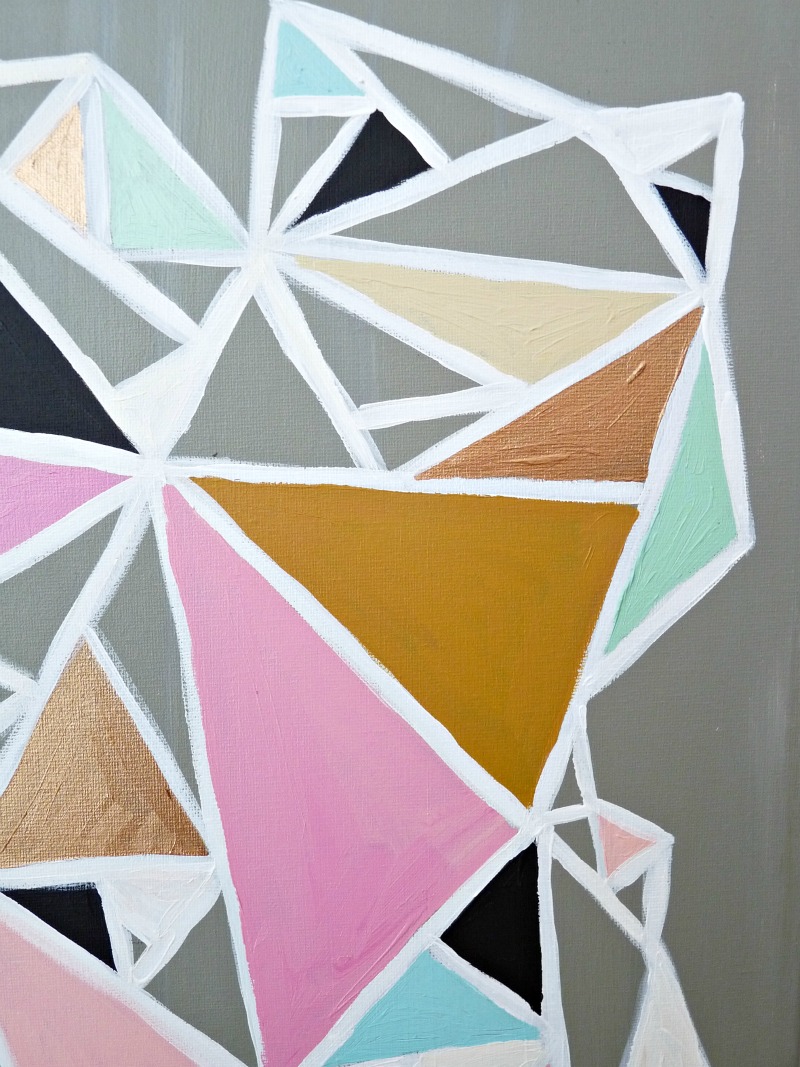 But I gave it a whirl.  Unless I have the urge to paint over it (I’m seriously tempted), it will be making an appearance in the decorated basement.  Maybe a better method might have been to use some type of white marker (do those exist?) and make the white lines with a marker and ruler.  I’m also not convinced about my composition, it looks wobbly and unbalanced.