I lost a bit of steam blogging last week.  I didn’t ask to be featured in the Hufftington Post but, when the story was published, some harsh words were flung at me by Post readers.

I started the blog not for fame or fortune or features or comments, but to meet some DIY-savvy folks (which I’ve talked about here and here).  Happily, the blog has connected me with amazing people and, along the way, I’ve had some sweet people say sweet things, which has been a bonus.  But I definitely don’t need to blog to meet perturbed people.  I can find them easily enough.  So last week I started to think that maybe I wasn’t cut out for blogging, since harsh and hateful comments seem to be a given as a blog grows.   Jen, of Made by Girl, has shared some hater mail and Sherry and John of Young House Love have also addressed the topic.

Over the weekend, though, I decided I wouldn’t “let the turkeys get me down,” as my Mom says.  But I couldn’t just let it go without saying something, lest the negative Nellies think it’s acceptable to treat total strangers (who have done nothing but blog about their little house) like crap.

The bulk of negative comments I received were directed at the Huffington Post for a misleading link, but many others vehemently complained that my “before” photos were too dark and it was sleazy (!) of me not to have television-quality before & afters.  I had duped them because the “before” rooms were fine – even more comfortable – if only they had been well lit, which was deemed “stupid” and “lame”.  Yup, I was elementary school-style name called over some photos of my house. 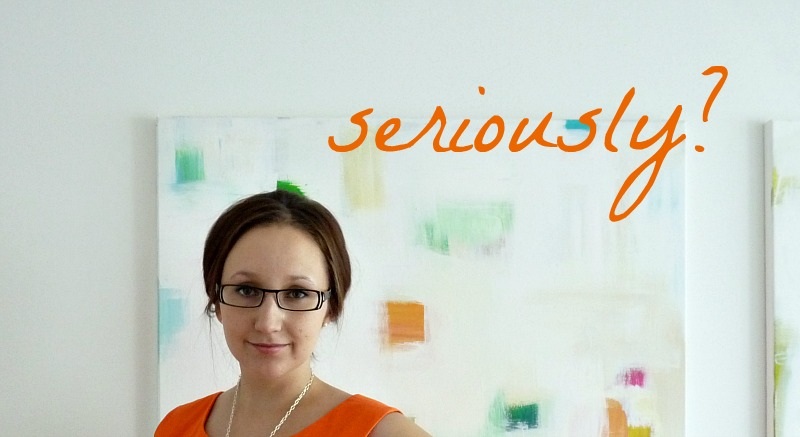 Well, the photos reflect how dark the home was:  broken light fixtures, grey carpet, grey walls, heavy window coverings and dark furniture made the space more dim.  This comparison demonstrates a dramatic difference between the before and after, even with the exact same method used: automatic setting (no use of manual exposure or other settings), similar angle, same camera, no tripod, and no editing.  Mystery solved: there’s no conspiracy.  A bigger mystery is where people get such a strong sense of entitlement; they talked as if I “owe” them better photos, and next time they expect better (free) results from me. 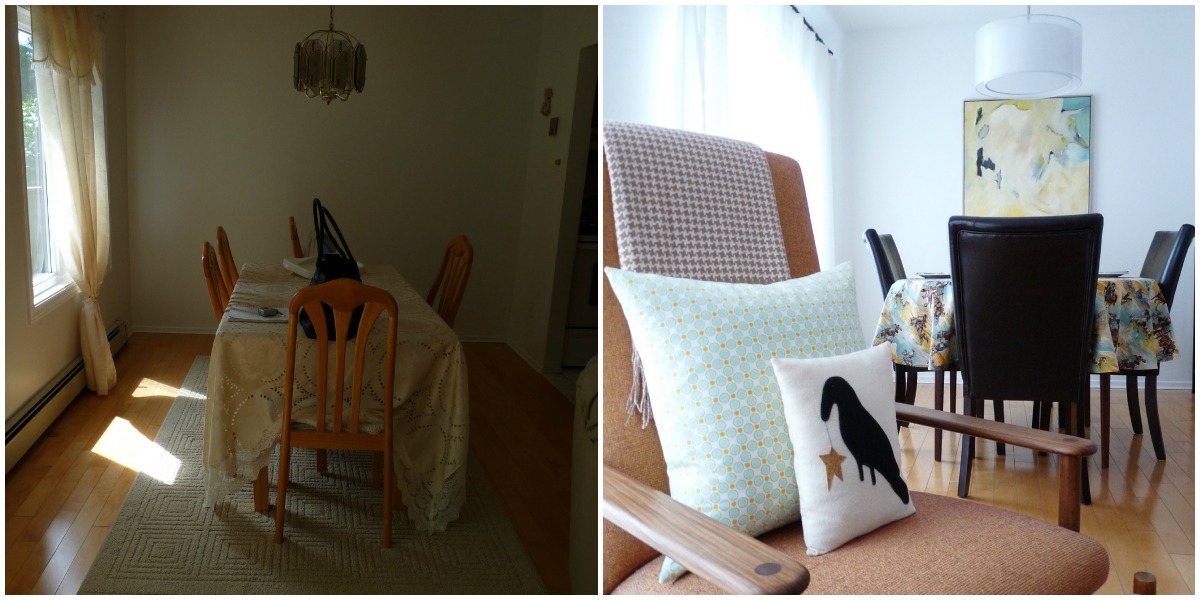 Thanks to some for the backhand compliments, though:  the townhouse apparently looks professionally lit in the after photos!  Point Tanya.  Hint: it really is thanks to those white-white-white walls the negative Nellies freaking hated.

Speaking of the Nellies, people complained about everything – it is exhausting to read.  From the misleading link that led them to the article (I have no idea about that) to how my ottoman will collect crumbs, then on to conflicting comments about how our furniture is too expensive, or all from Ikea (both wrong), people wanted to have their negative opinions heard.

I don’t care if everyone who reads the Post hates the townhouse.  What I find problematic is that NONE of the negative comments were constructive.  People called me names.  Sigh.  People insulted my intelligence (and the author’s), trumpeted their own, and none were constructive or meant to be helpful.  It was just “I hate, I hate, I hate”. Followed by some “this is stupid” and team salmon-pink-bathroom battle cries.


Anyone with time to log in and rain on someone’s parade is definitively telling the world they see only the negative.  And that maybe things in their life aren’t going well, which makes them so angry and upset about trivial matters like my townhouse.  (And that maybe their home looks like the “before” photos).  This makes me sad for them.  But also sad for the world.

Many people only open their pie holes when they have something negative to say: at work, in stores and online.  I’ve seen customers berate customer service staff for no reason.  I mean, in Canada we had to come up with laws for this because it was such an issue.  There are whole books devoted to the topic.

People (mostly those with nothing nice to say) often rely on cliches like “We’re all entitled to an opinion”.  But what a world we would live in if everyone was bombarded by hateful “opinions” all day:

Sometimes it just comes down to being a person, and that means treating other people with respect, even when you think you have the right to share your opinion.  Finding something nice, or, at the very least, constructive, to say is more meaningful.  It actually might contribute to this world.

There’s another fabulous cliche about little brown starfish and opinions: everyone has one, but it’s not always appropriate to share it.

I know I’m preaching to the choir here.

I haven’t had any negative comments on my blog.  I’m so lucky to have lovely readers blog friends who don’t sign in to say something hateful.  Your comments make me smile and you’re always constructive and positive, even when you’re helping me figure out what to change or see something you might not like.  You are fabulous people and I’m  lucky you choose to stop by the townhouse every now and then.

A few rockin’ people left sweet comments on the article, too, which gave me hope for the world – not because they liked my design, but because they recognized I’m a person, with feelings, who could benefit from a little dash of niceness amidst a sea of unkindness.  I hope they know they made my day.

“I wouldn’t have even commented on this if I hadn’t seen everyone’s heartless negative comments on here. Post some pictures of you guys’ perfect homes and then start talking about how bad this one looks. My opinion, I think it looks very clean, organized, economical, and spacious after the makeover. This article was simply created to give people ideas/motivation/inspiration to turn their home into something more spacious and modern. It’s a great article that a lot of average American’s should be able to get something from if they struggle with average home issues, ie. not enough space/traditional boring decor/budget restraints on home makeovers. Yes, the sub-titles of the article were misleading, but seriously, there is nothing wrong with this house’s decor. I enjoyed the classy modern makeover”.

“It looks beautiful and modern. The bathroom remodels added so much to the look and feel of the house. I am just about to tackle the bathrooms in my house.
I think the people that are commenting with anger are frustrated with AOL and Huffpost because the lead in to the story implied you discovered something under the stairs and it was never mentioned in the article. The “teasers” they use are frustrating and they take away from all great things you actually did to this house.  Your home looks great!“

“Tanya–I’m actually embarrassed by the comments left here by the bitter and ill-informed. I think you did an extraordinary job using creativity and ingenuity. It’s nice to see a reno where the fabrications used are available to the general public and not necessarily high-end unattainable resources. The rooms look modern, spacious, liveable and FUN–which seems to be exactly your intent. Congratulations on a job well done”.