Is a “sand-bagger” also something dirty?  It sounds dirty.

You might have noticed I scaled back blogging just a bit recently, from five posts per week to three or four.  I wanted to spend more time with Hubs, before we say good-bye for four months.  We logged some patio time, just relaxing.  Occasionally with a book, drink or bowl of ice cream.  Oh my gosh, too much ice cream. We also watched movies, went for bikes rides and spent a few glorious days at Sandbanks Provincial Park, sunning and swimming at the Dunes.  I wish life was always this chill . . .

We also worked on a few DIY projects I’m sandbagging so you (and I) will still get little tastes of the townhouse while I’m away.  In fact, I have a pretty fun project post planned for next week!  And the week after.  And the week after that!  Plus I have a new series or two in the works.  Lots of goodies.  I’m full of surprises.

Here’s another surprise: I’m not going to be alone in Hungary the whole time!  Sure, I made friends there, plus a colleague who has completed her PhD will be there at the same time, so we’ll be working on a project together.  But someone else has been rooked into coming with me: my Mom!  She’s arriving in Ottawa today (we fly out together Saturday) so I tidied up the guest room.  The treadmill is tucked away and my suitcase and its contents are no longer taking over the space: 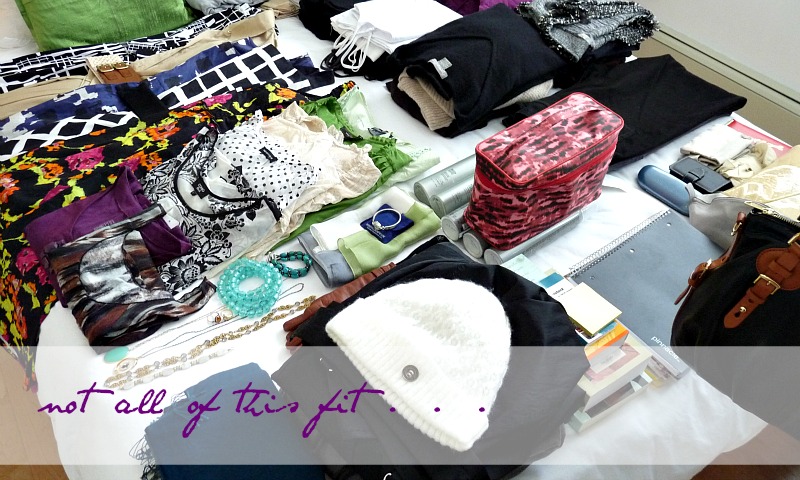 I also added a few doses of pretty: a spontaneous white glass collection (the painted wine bottles moved downstairs) plus a gorgeous vase I bought for the shop but could not part with. 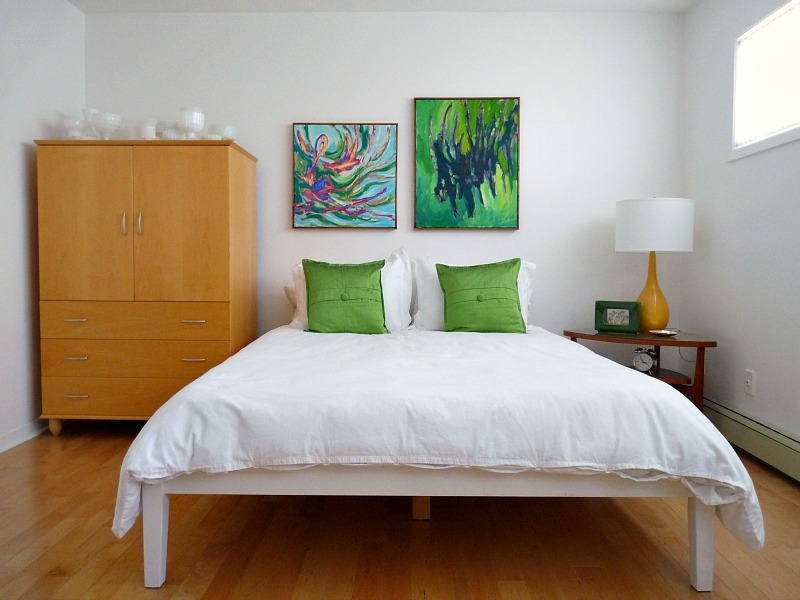 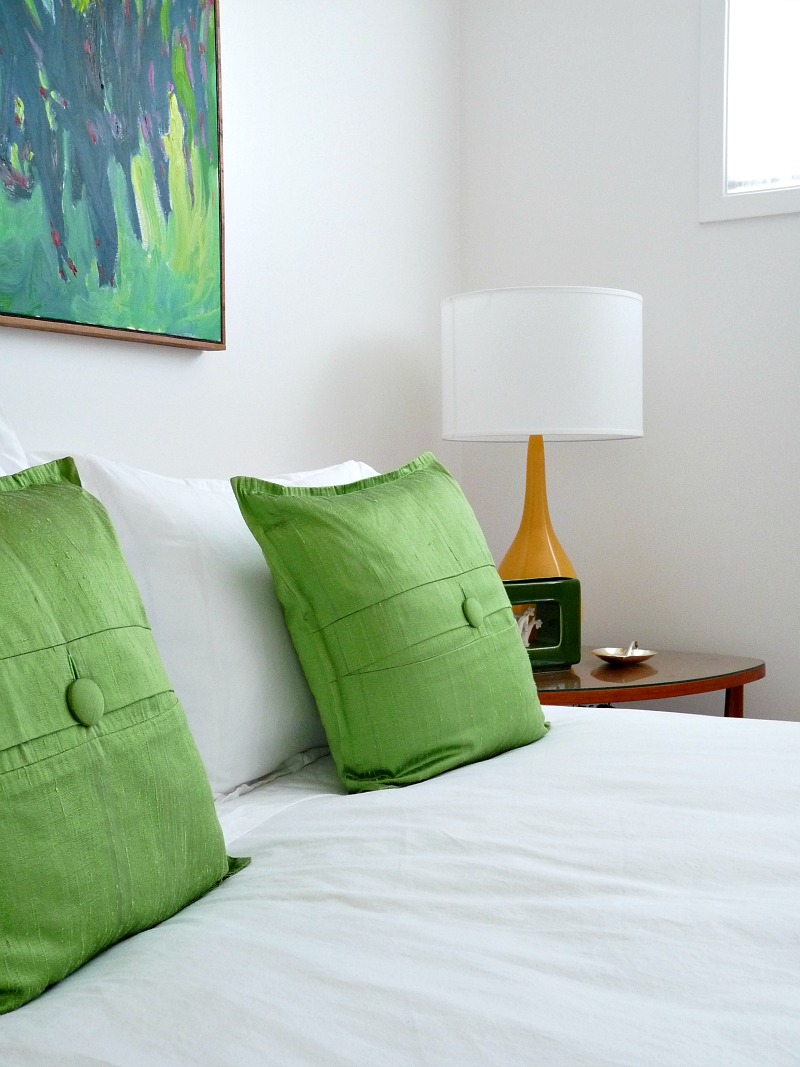 The vase (called a “window vase,” I’ve read) was a sweet find.  It is designed by Howard Pierce, who created a lot of adorable pottery.  There are a few variations of this vase, but they are somewhat rare I’ve learned.  It lingered at a Value Village because of it’s high (for VV) price.  I loved the figurine within the vase and knew it was c. 1950s so I took a chance and splurged.  It was a good investment, because vases like these sell for $150-200!!  Even with Hubby chanting “sell it, sell it,” I just couldn’t.  Maybe some day.  But it’s just so fun.  And looks great with the whimsical artwork in the guest room (by Hubby’s grandpa, Bert Weir). On the other end of the price spectrum, I accidentally started collecting these milk glass vases because I was finding so many of them at yard sales this summer for 50 cents . . . 25 cents (!) . . . $1.  I just couldn’t pass by such sweet prices.  So I started buying one or two and then boom: collection.  I want to make the collection HUGE and eventually build a coloured display cabinet so they really pop. 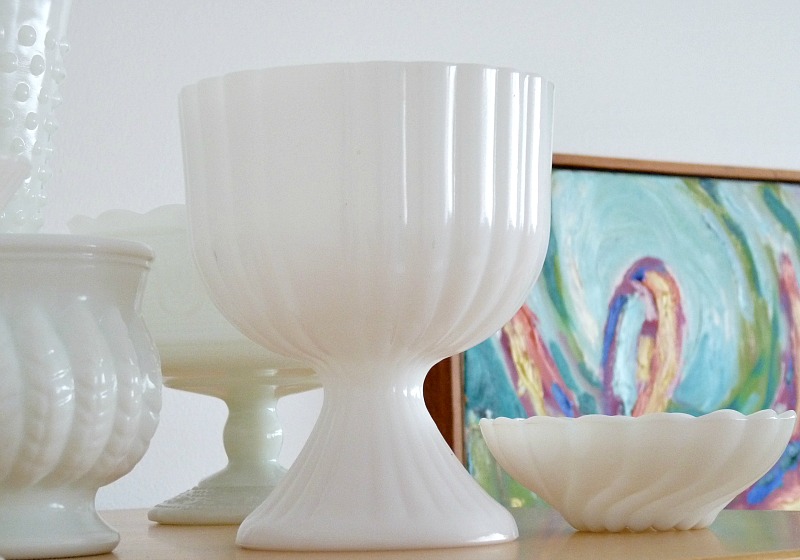 Now that the guest room is in order and slightly more adorned, I’m off for the much less glamorous task of bathroom cleaning!  Actually, I’m off to try and fob that off on the Hubs . . .