Sometimes I feel like I’m a one trick pony.  Or at least a pony with very few tricks.  I create something I like and then re-create it.  Sometimes with a twist.  A subtle, subtle twist.

Once upon a time, there was a felted wool necklace.  The necklace prompted the creation of the famed felted wool billy buttons.  This weekend I spent some time not-packing and felted instead, creating some white felted . . . dandelions.  Let’s call them dandelions. 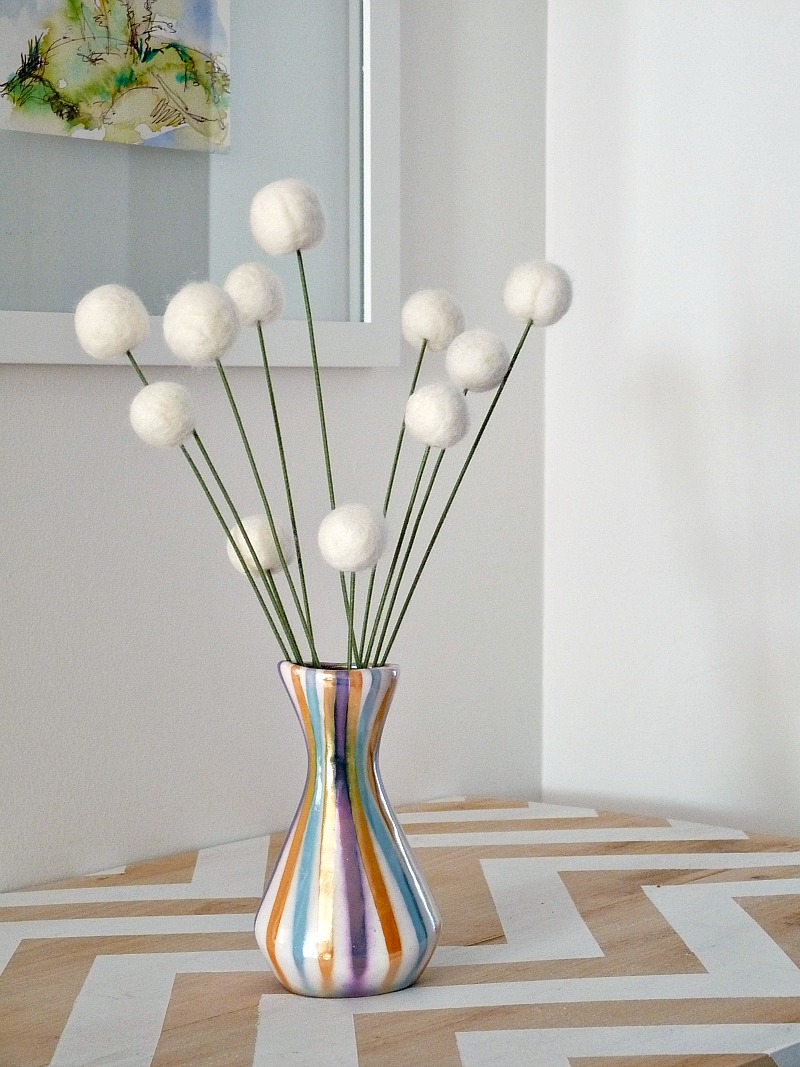 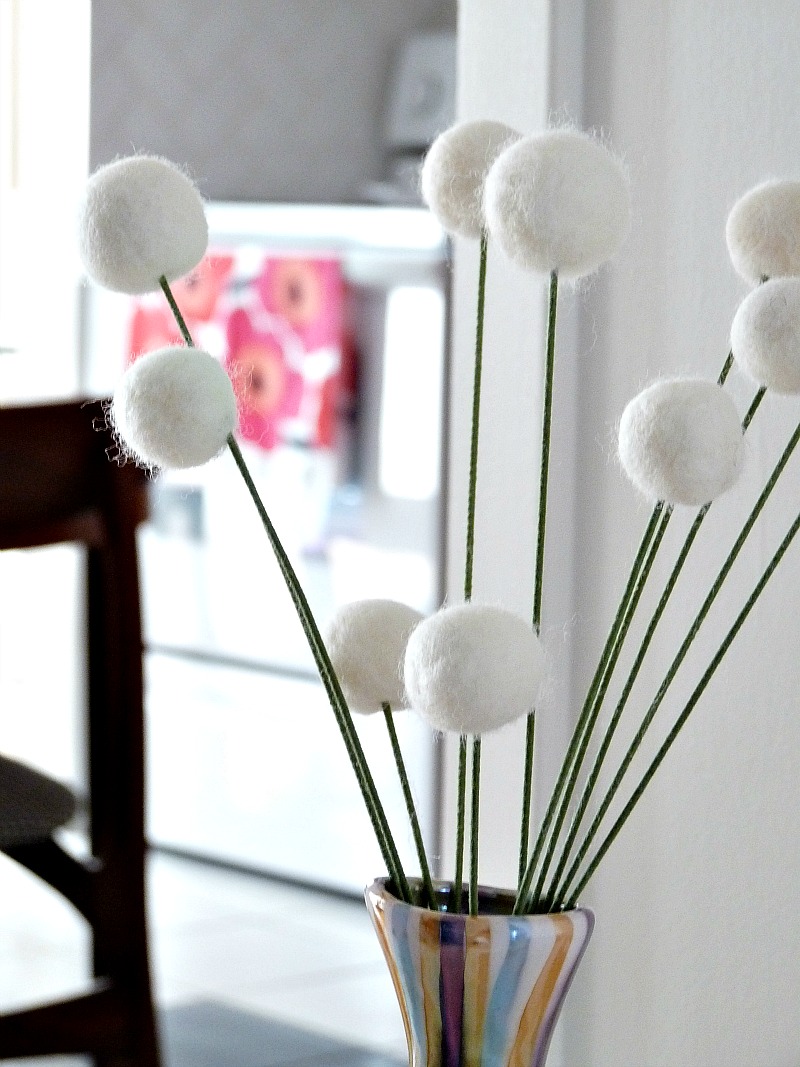 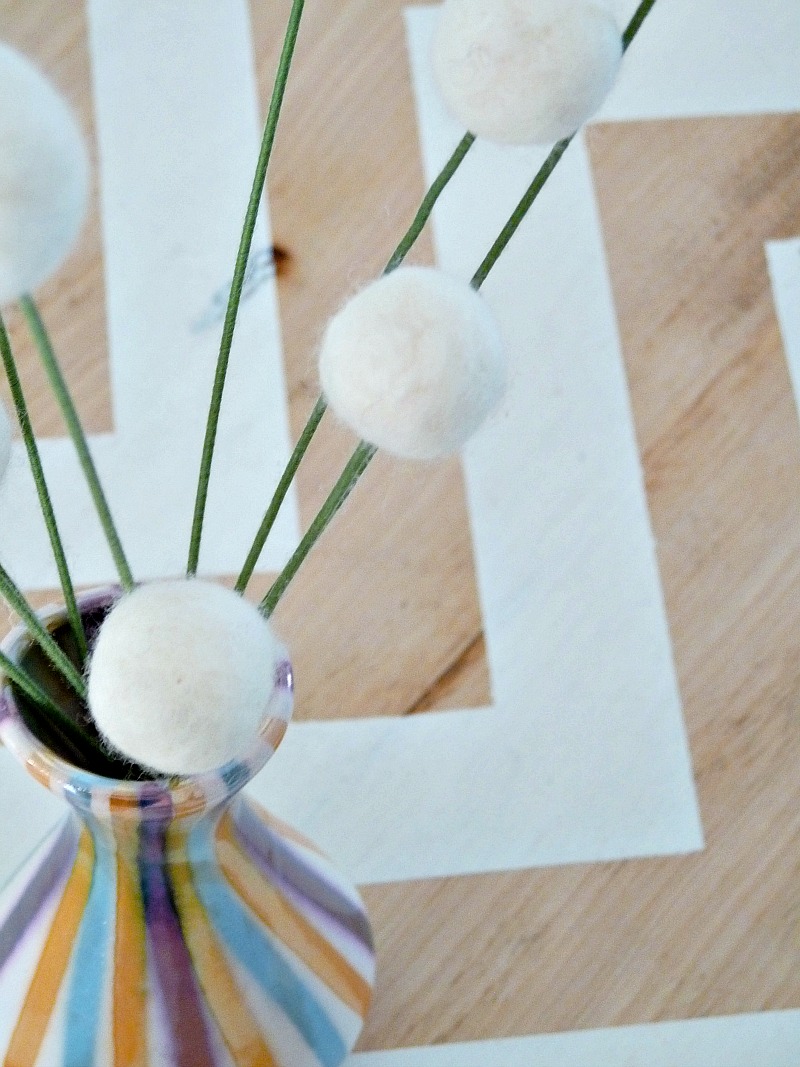 Why the heck was I felting wool, when I should be preparing for my trip???  I had bought a little vase, ages ago, just because it’s Hungarian.  But it is so wee.  And, all of a sudden, it’s wee-ness became too distracting. 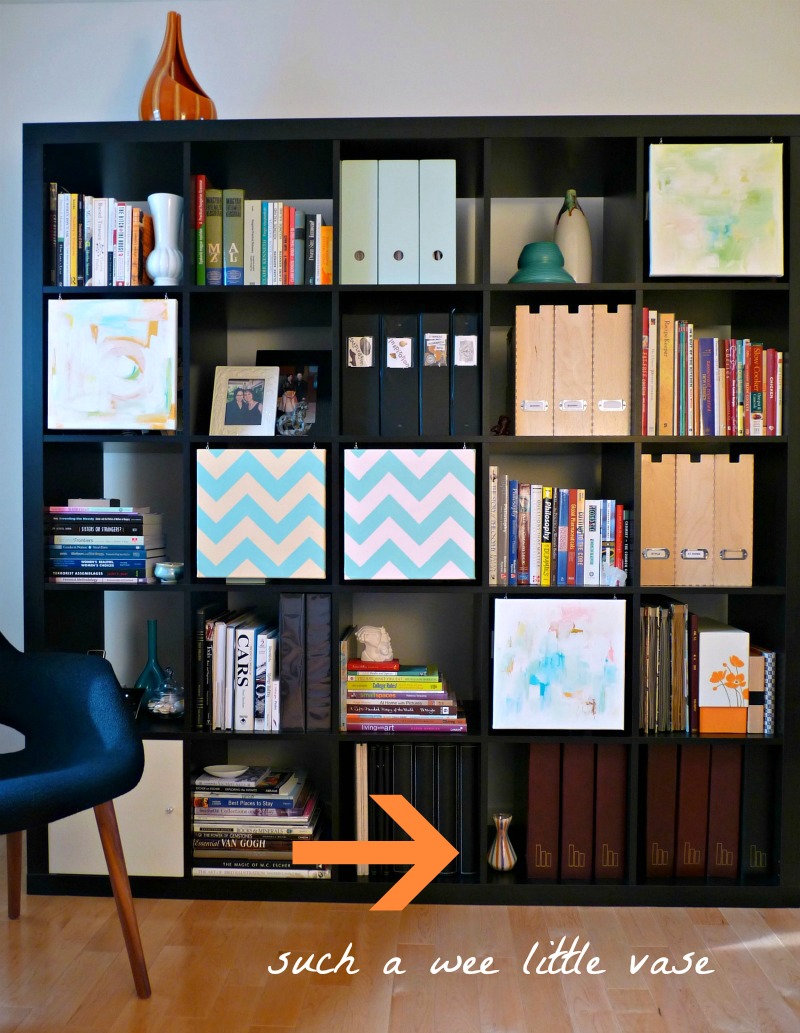 That’s where the felted wool flowers come in.  They give it a bit of oomph: 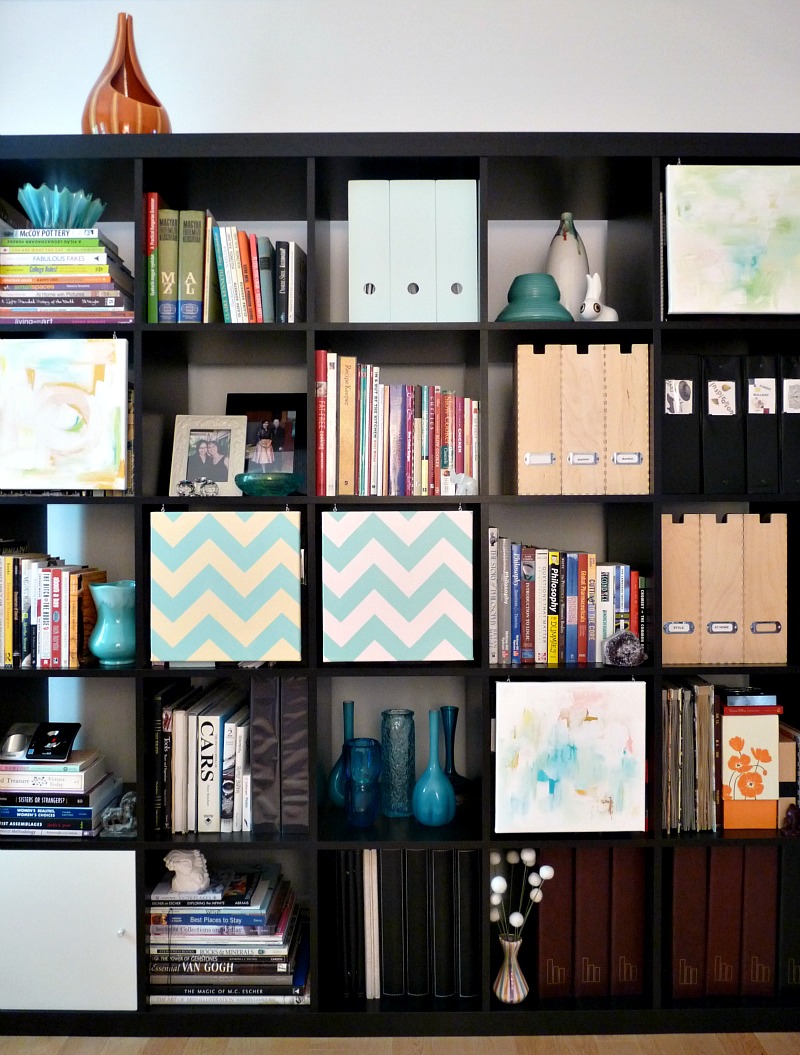 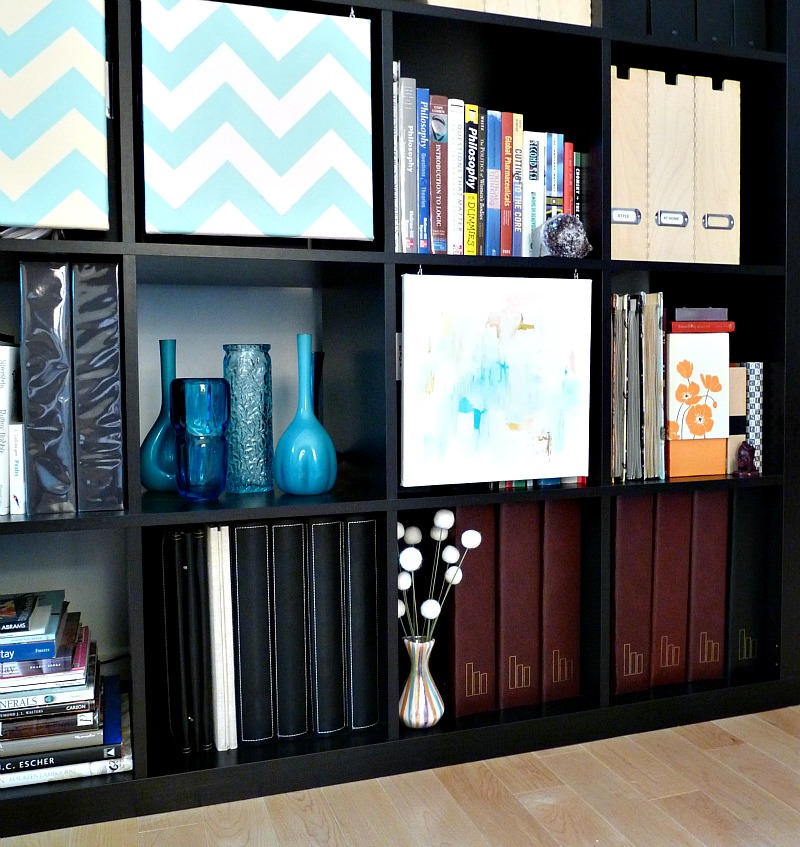 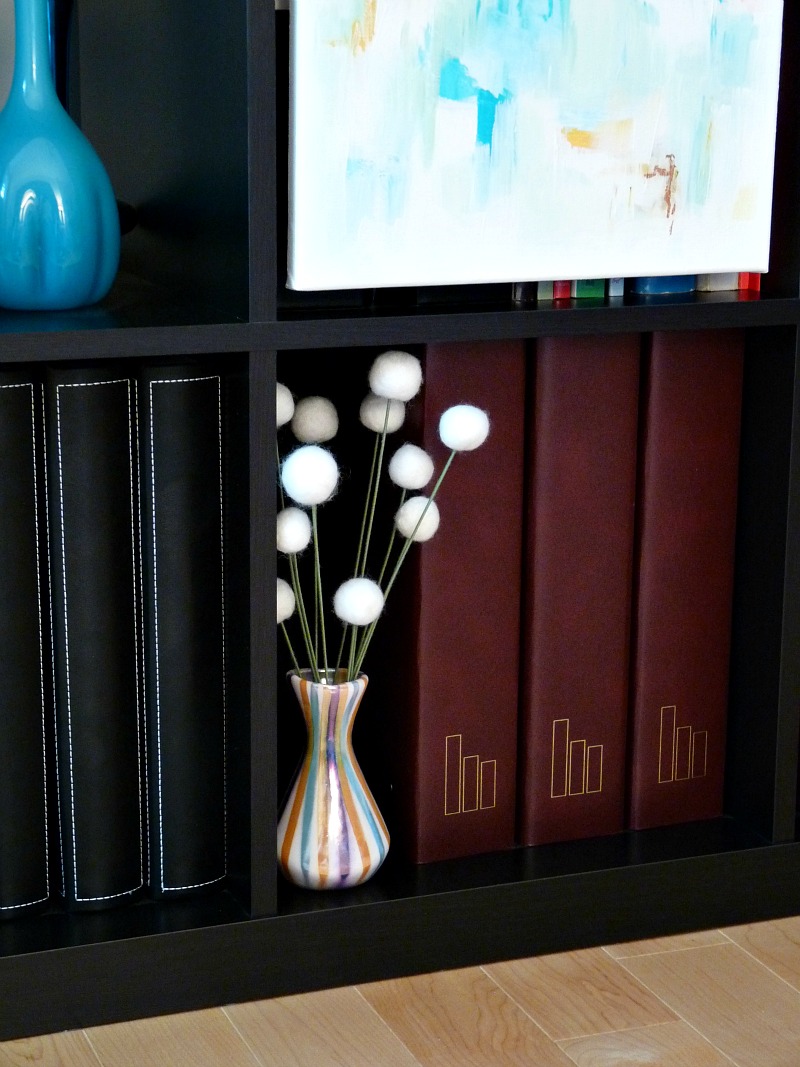 Ahhh, much better.  I used the same tutorial as my billy buttons (don’t forget I wrote a follow-up trouble shooting post).

Since the artful hack, the Expedit has had a little more tweaking.  I stare at it from my desk and I needed more colour, so I went hog wild with the turquoise accents, devoting a whole shelf to my new – and growing – turquoise glass vase collection. 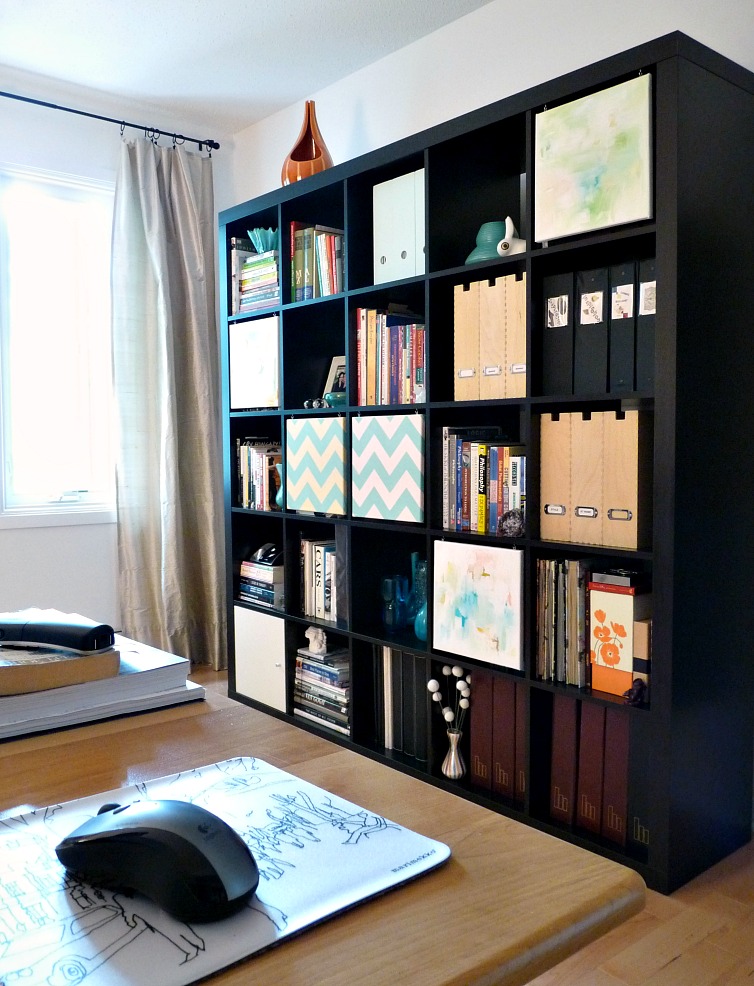 I also added a piece of Strawberry Hill Pottery.  My grandma once lived in the house that eventually became the studio.  It has since stopped production, so the pieces are becoming more valuable (at least to Thunder Bay folks).  I just love this adorable face staring at me while I work. 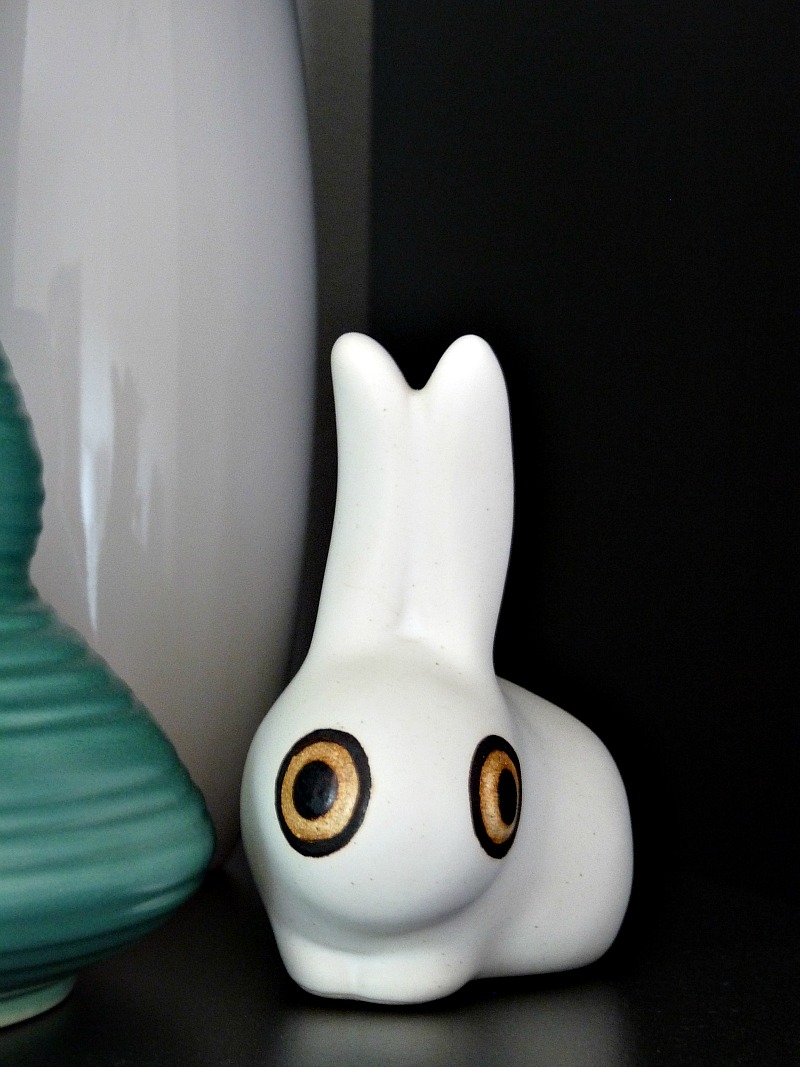 P.S. I don’t think I ever showed a true “before” of the Expedit, before I started figuring out how to style it (and back before we had installed baseboards): 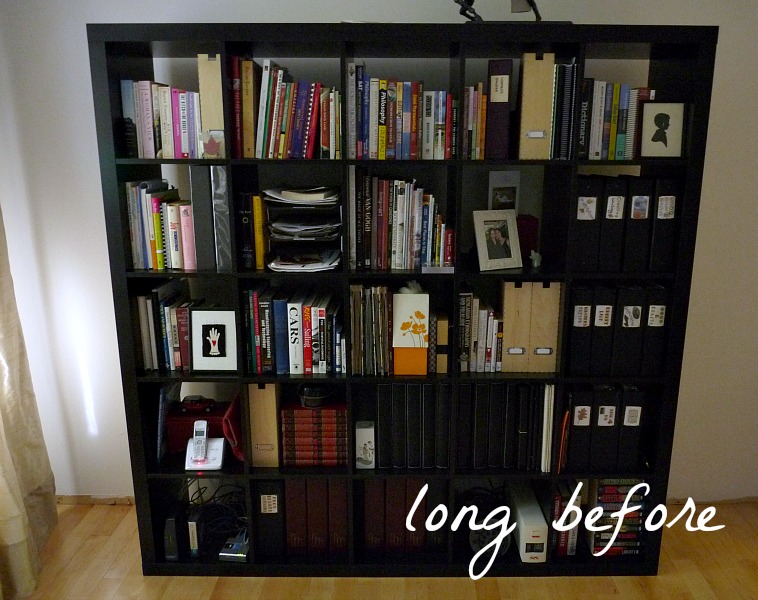 I’m happy I didn’t give up and kept tweaking to make it something I enjoy looking at.  And, yes, fiddling about with felted wool may be a bit of an avoidance tactic so leaving the townhouse for four months feels less real for the time being.