In August, I got an unusual, unexpected email from a stranger.  The stranger told me about his girlfriend, who had brought over her favorite serving utensils for a dinner party at his place, including a set of very special, antique glass salad servers.  Do you know where this story is going?  On the way to her car after dinner, she dropped the salad serving set and the fork broke.  She was crushed, because the set had been a wedding gift her mother received in the 1950s.  The stranger googled around a bit, and found a treasure hunting report featuring my . . . you guessed it . . . glass salad servers! 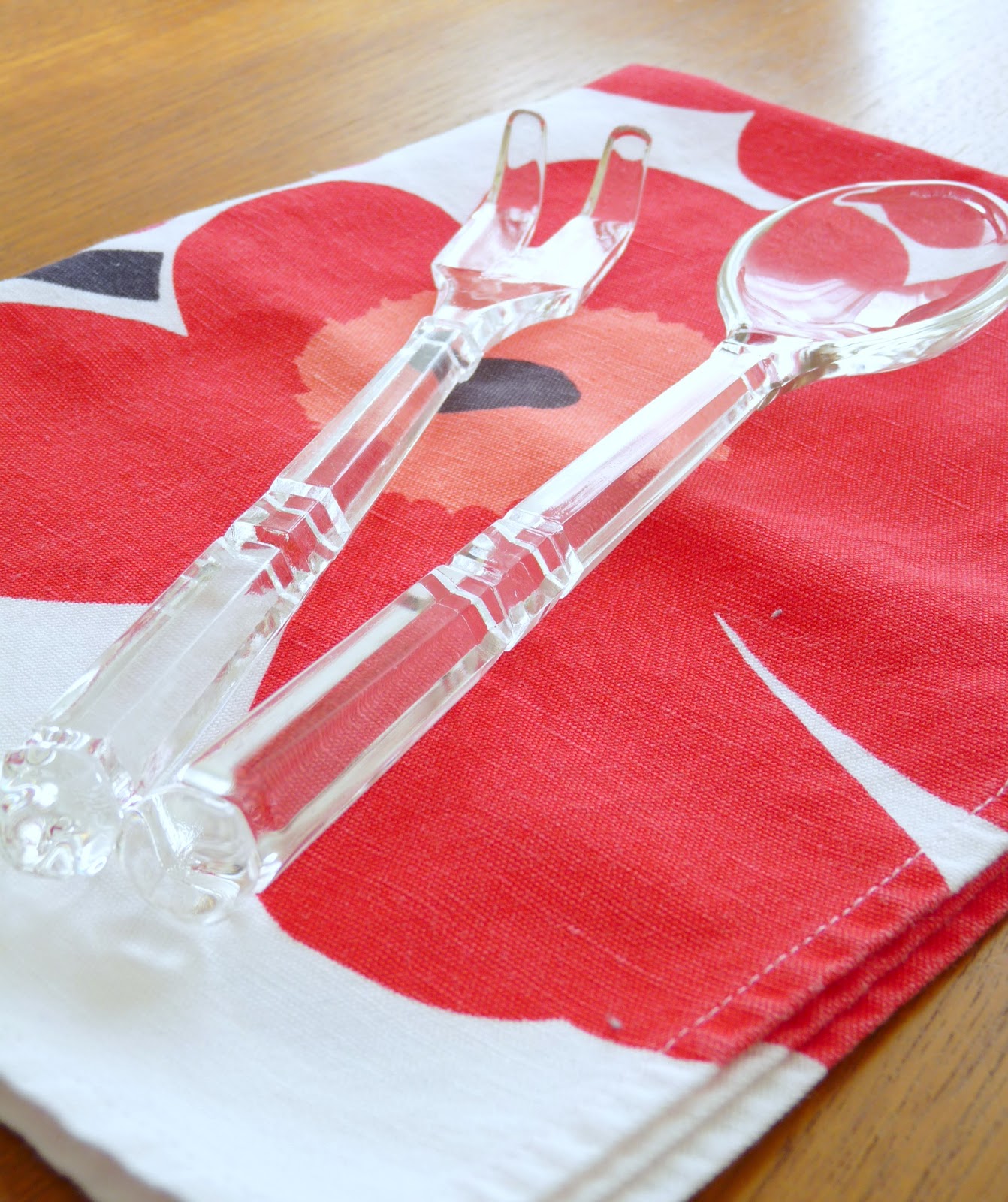 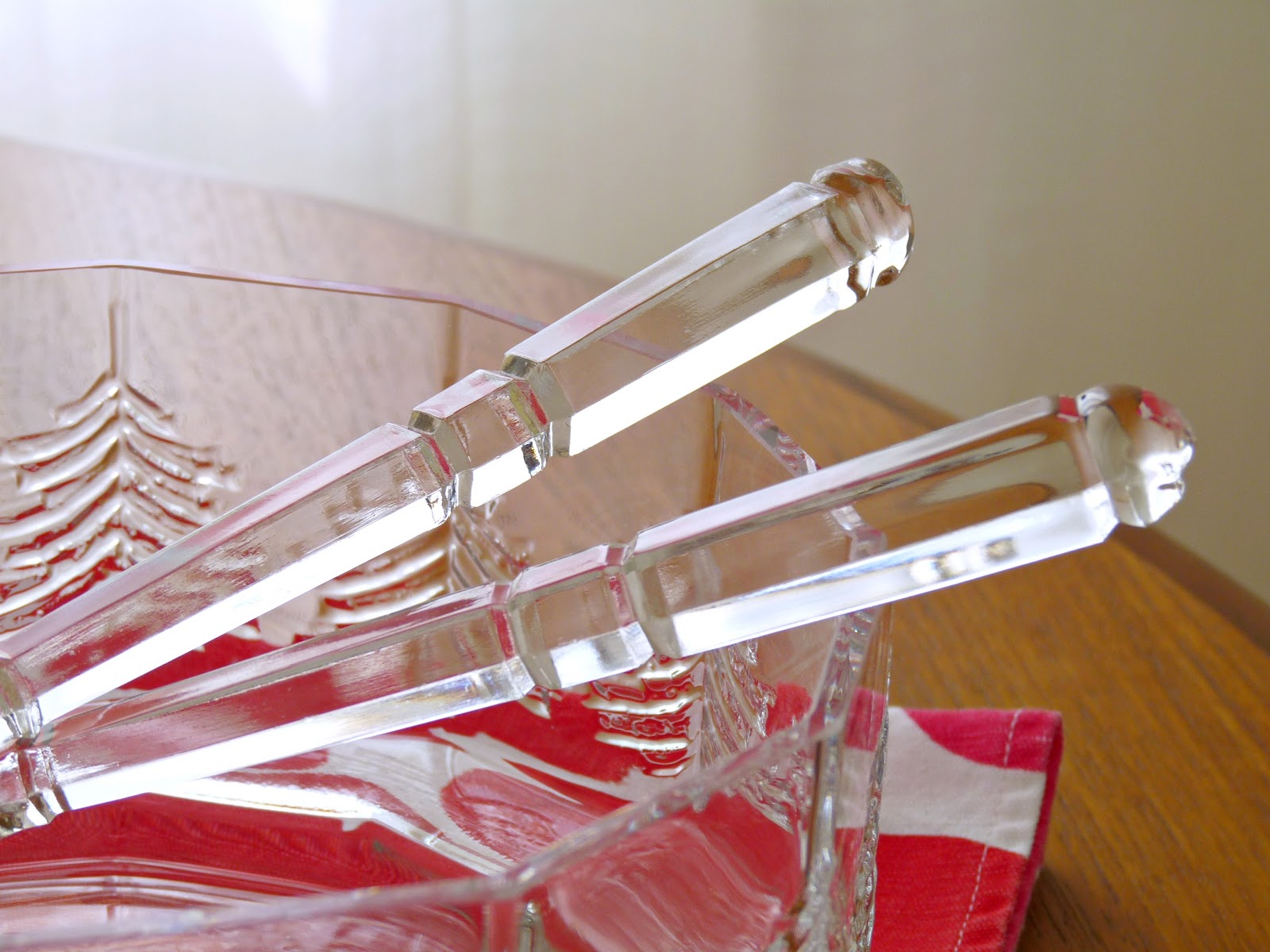 Wouldn’t you know they were the exact same set!

He asked to buy them and for a moment (only a moment) I hesitated, because it took me four years of treasure hunting to find a set I liked, but I knew exactly how his girlfriend felt.  You know that oogie feeling in the pit of your stomach when something crappy happens?  I imagined her thinking, if only she hadn’t brought the set, had packed them differently, left earlier, anything!  To break a gift of your mother’s after it had survived some 50 odd years makes it even worse.  After a quick paypal transaction, I packaged up the set and sent it to its new home, where someone scored major brownie points.

Did I earn some good karma, too?  Who cares, I am just so happy to have been able to help this adorable couple.

I’m thinking about this story because tomorrow is my two year blogiversary!!  I’ve learned blogging can lead to some amazing and interesting connections, and really makes the world feel smaller (and friendlier).  Being able to really have a positive affect on someone’s life, because I blogged about something as silly as my thrifting adventures, is just so mind-boggling to me . . .