I have been bombarded with questions from people on both sides of the Atlantic (blog friends, Hungarian friends and family, Canadian friends and family . . . I know the woman at the bakery is dying to ask), all wondering how I’m “coping” with more than three months away from Handy Hubby.  I think it’s mighty strange to some (namely the woman at the bakery) that we’ve been apart for so long, so Hubs and I have both taken a stab at answering what life without the other has been like.  Me first.

He doesn’t like to make many appearances on the blog (you can spot bits of him here, here and here), but here’s my Handy Hubby: 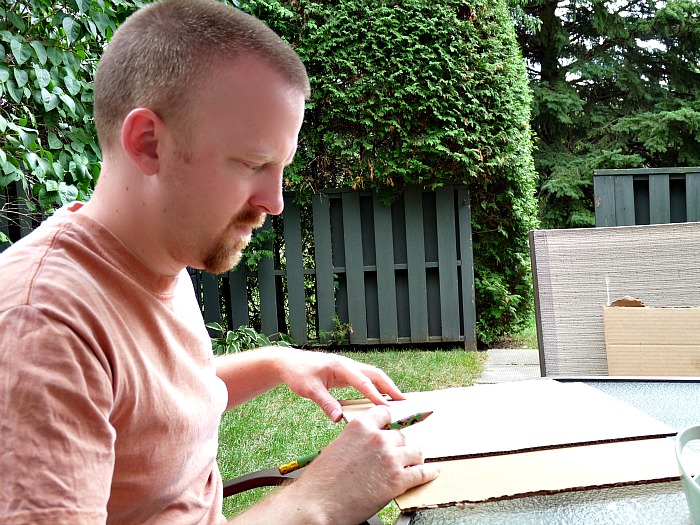 I love this photo of him.  I snapped it shortly before I left for Hungary.  He’s carefully creating a custom box to ship some vintage molds I found for a friend’s collection.  He’s wearing his
favorite pirate t-shirt (he has more than one).  He’s using my Dora the Explorer pencil.  Awwwwww. 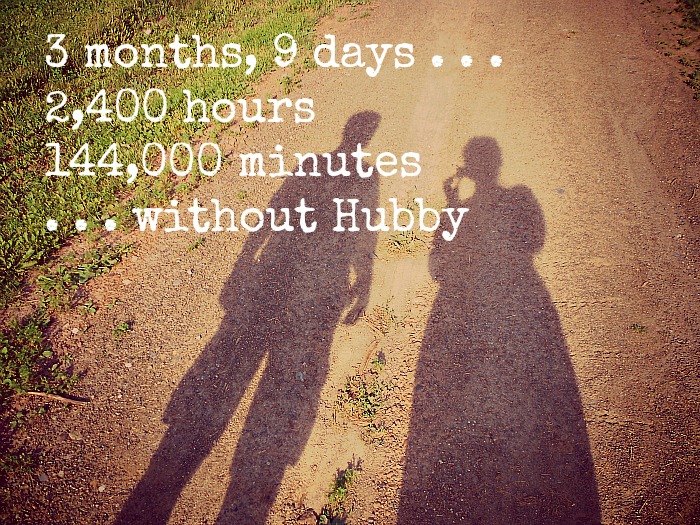 Okay, so is it really weird I just took off for a third of a year to do research abroad?  I admit, I was apprehensive at first, but now I feel really weird that it doesn’t feel weird and that’s making me feel weird.  (I also always got stressed before exams only because other people were stressed and it became distressing that I wasn’t stressed).

But really, it shouldn’t be weird, right?  I think it’s important we both have independence in our marriage.  We both travel solo quite a bit – I even came to Hungary last year for a month alone.  Granted, I missed him a lot when I was here, trapped with nutty strangers (like my roommate who wandered Budapest barefoot and was completely uncaring when the hostel refused us more T.P. after we ran out).  But still, I did it and felt really good about myself – really brave (don’t laugh if you’ve done braver things).  Overall, even if I’m not always successful, I try really hard to not lean too heavily Hubs for things I don’t want to do (or don’t think I can do).  Even though we work as a team most of the time, I want to stay capable.  So, to me that means: bathroom tap came loose?  I got it.  Fridge broke?  I’ll deal with it!  Go to
Europe alone?  Okey-dokey.  Centipedes in the living room?  Ummmm.  Well, I could
probably just let Hubs take care of
that.  Don’t want him to feel unneeded . . . 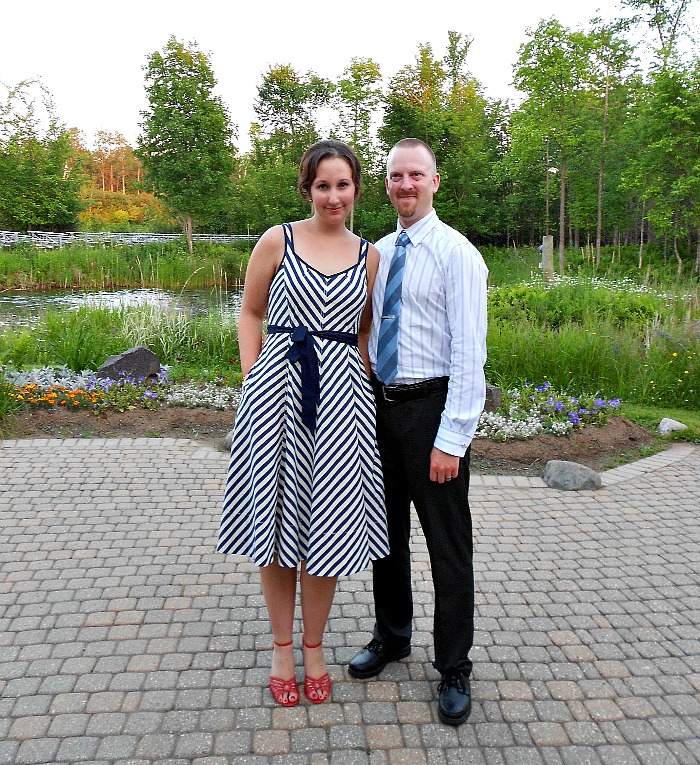 But remember, for this trip I had the added bonus of being really busy and, until recently, having my Mom around!  I also think it’s always easier to be the leaver than the leaved (left? levee?).  The person who goes has distractions and adventures.  The person left behind gets to sit across from an empty kitchen chair and stare longingly at snippets of proof the other person was there, like clothes in the laundry hamper, bills not filed, a pumpkin cheesecake you baked for them because it’s their favorite not eaten . . .

So, I haven’t had to “cope”.  I actually adapted much better than I thought I would!  And Hubby helped with that.  When I told him I’d be booking it to Hungary, he
said, “you’re going to have such a great time!” and he was right.  I’ve missed him (of course!), and I’m really looking forward to seeing him soon, but these past months have been exciting and challenging (in a good way).

Have you spent a good chunk of time away from your spouse/partner/roommate/plants?  I went for coffee with a Hungarian friend last night, who had spent three months in the U.S. during the summer.  She said folks really criticized her for leaving her partner behind.

Check back tomorrow to read Hubby’s thoughts (spoiler: he was traumatized by having to grocery shop alone).