Yesterday I talked about living in Budapest for almost three and a half months without the Hubs, and promised to share his take on things too.  He emailed his thoughts to me without knowing mine, so it’s funny how different his perspective – even his train of thought – is.  Because I had to, had to, interject, his text is teal and sandwiched between the next two photos and my interjections are the regular text colour and in italics. 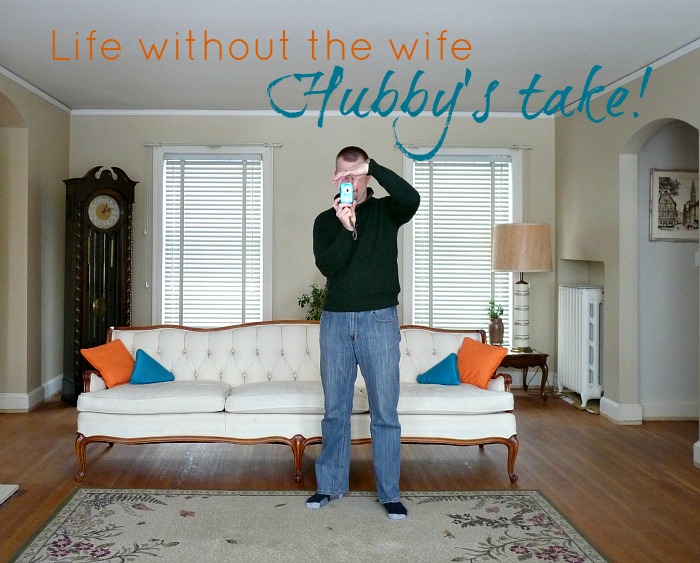 Three and a half months alone.

It’s been awhile since I lived on my
own.  With Tanya overseas for an extended
period of time, here are a few things I noticed about being home alone:

The house sure is quiet.  If I don’t talk, NOBODY talks.  TV or radio is my friend.  I don’t think the silent house appreciates my
sometimes lame sense of humour like a human can (it can’t recognize sarcasm).

Shopping at Costco takes a little more
thought when only feeding one person.
Sure, it’s easy for two people to eat ten bananas before they go
bad.  One person?  A little harder.  I only did that once before deciding to buy
fruit that I can keep in the fridge.
Mmm, strawberries.  Although I
still had to power through those.  They
are Costco-sized, after all.

TANYA: He mentioned this ongoing Costco buying saga often.  I am surprised he didn’t mention the joy of loitering by the watches (every single time) without me saying, “let’s GO already!”

I use a lot less of the house on my
own.  I think I ate in the dining room
once.  Of all the chairs in our house I
used three.  One in the dining room, one
in the kitchen, and one in the office.  I
could have gotten away with two, or one and the sofa.

TANYA: He determined that sixteen chairs is too many for our house (that’s seriously how many we have . . . after I gave one away) and has since bugged me about this so much!

For this reason, I am sure there are things
that Tanya put down before she left that will still be there for her
return.  I kept the house tidy, but if I
didn’t need to put it away (or, more likely, I didn’t know where it went), it
probably got left alone.  This will add
to the time warp she will experience.
“It’s like I never left” will probably be said.

I am surprised that I had the self
discipline to make the bed and fluff the pillows on the sofa almost every day
(I admit, I missed a few).  I used to
think that I only did that because there were others to think about.  Perhaps I do care a little what the house
looks like.

I still dislike doing laundry, and with
just me in the house I am less likely to put it away until I absolutely have
to.  Basically when I needed the laundry
basket for the next load.  I still
haven’t pared all the socks, though.

Overall it was an interesting
experience.  I worked quite a few extra
hours and was not home a lot.  Now my bachelor-dom
is coming to a close and I get to go to Hungary to see Tanya!  I can’t think of a better way to wrap up the
year! 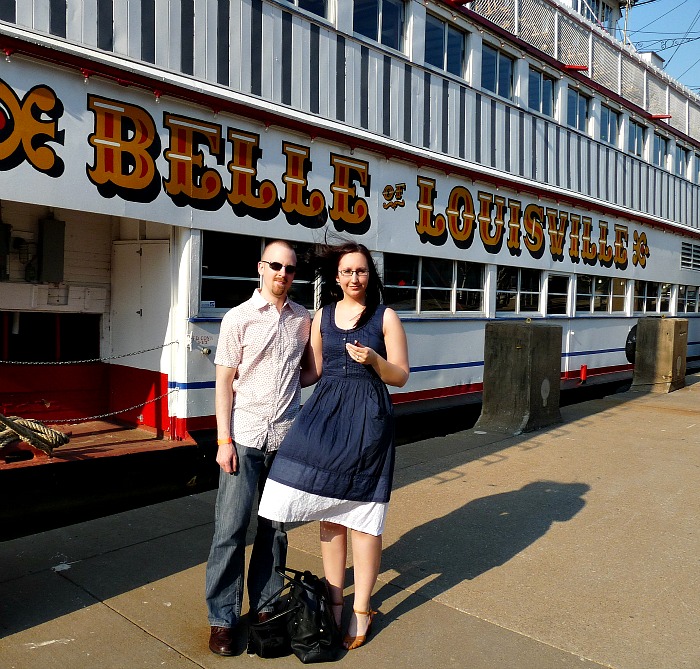 He’s tall, I promise, I’m just always wearing really high heels when we’re photographed!  And we’re patenting a certain dorky awkwardness when photographed together that you wouldn’t expect after 11 years of posing for various photos (my prom among them).

So, there are Hubby’s thoughts on being sans Tanya for over three months.  It was clearly a super weird feeling for him to have the house to himself!  That’s kind of cute.  We normally do a lot of things, like grocery shopping, together or I just do them myself.  I think those routine things do become weird, when all of a sudden you’re alone.  Are there any other home alone kids out there? (That’s what my grandma calls me when she phones knowing Hubs is out).


P.S.  Speaking of matters of the heart (although Hubby seems more enthralled with his fruit consumption), my pal Amy, from Vintage Marketplace, is having a really sweet from the heart (+ Starbucks giftcard) giveaway right now, so take a look.