Last year, so many of you got a kick out of my special anniversary post, chronicling why I’m a bad wife.  Did you think there were so few reasons?  I’m flattered.  I have a whole second list, in honor of our fourth wedding anniversary (which is today!) . . . 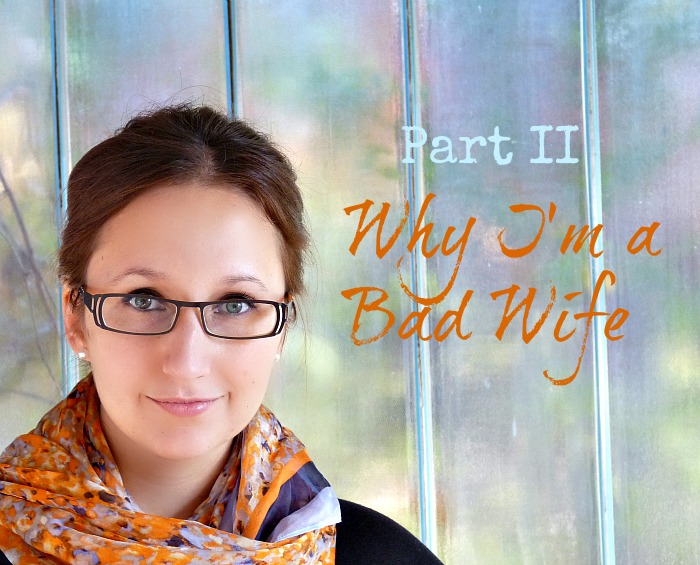 11.  Hubby had to come to Hungary with a mostly empty suitcase and completely empty
carry-on (that must have looked suspicious) to trek home all the stuff I bought here.  Really Hubs, three pairs of gotch?  Why so fancy pants?

12.  Hubby gets volun-told for a lot of tasks.  Like painting my Grandma’s fence.  Replacing my Mom’s door knob.  Shimmying into my parents’ attic to lay insulation.  And, for 2013, making a treadle desk for a member of my PhD thesis committee! 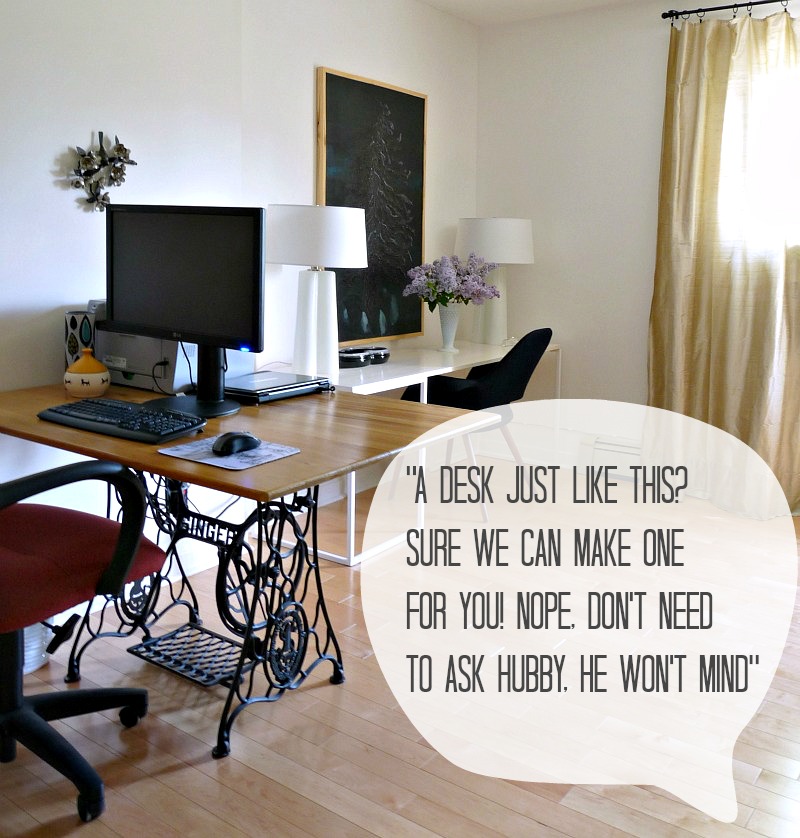 13.  I’m still learning the words to songs he hates, but now I’m insisting he learn half so we can do duets on road trips.

14.  I don’t know how it comes across in text, but in 3D I’m quite the cut up – always cracking jokes and making funny faces.  But I’ll never be a great comedian because, even if it goes over like a lead balloon, I won’t bury a bit.  Until laptops become obsolete, every time I have an open laptop across from Hubby’s open laptop I will yell, “You sunk my battleship!” (even if it gets the Hubby eye-roll).  I also laugh so hard at my own jokes that sometimes I can’t get the punchline out, but Hubby patiently waits for me to get it together.

15.  To celebrate our one month of being married, we made a scrap book of the wedding day.  Oh gosh, if his work buddies knew his list of skills include gluing pretty corners on pictures . . . 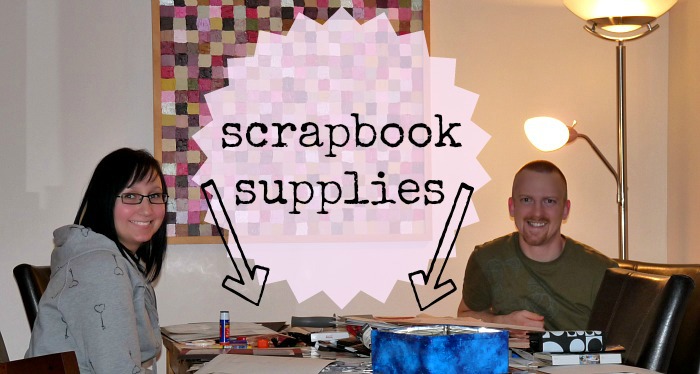 He looks happy enough, but I’m sure he’s glad scrapbooking and I didn’t really get along.  Ask me if we ever finished that damn scrapbook? Stupid scrapbook.

16. I am a typo-making machine.  Despite all my edu-macation, I also make oodles of grammatical errors.  As a result, Hubby is well versed in feminist theory and philosophy from editing everything I have ever written, since we started dating (back in high school for those keeping track).  Oh, and he has the login info for the blog, to fix mistakes here too.  It’s more efficient to cut out the middle man on that one.

17.  He’s my favorite treasure hunting partner in crime, even though he hates the smell of all thrift stores and most antique stores.  Yard saling he likes, because it involves sunshine, driving and the occasional hot dog.  But here he is, in one of my favorite antique shops (loitering near the door, by the way). 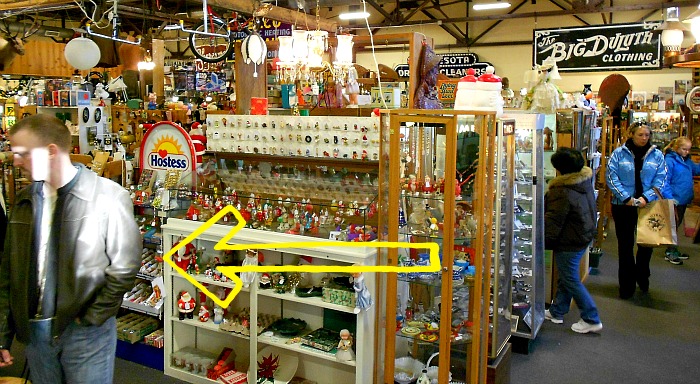 19.  I put a copy of Twilight in his hands and told him it was about vampires.  He is so removed from popular culture, he had no idea it wasn’t on par with Blade!  He read all four books (even if you hate the first one, how can you not want to know how it ends?), called it “literary crack” and is now wary of all my recommendations.  I think admitting, on the internet, that I read the series myself is penance enough, no? 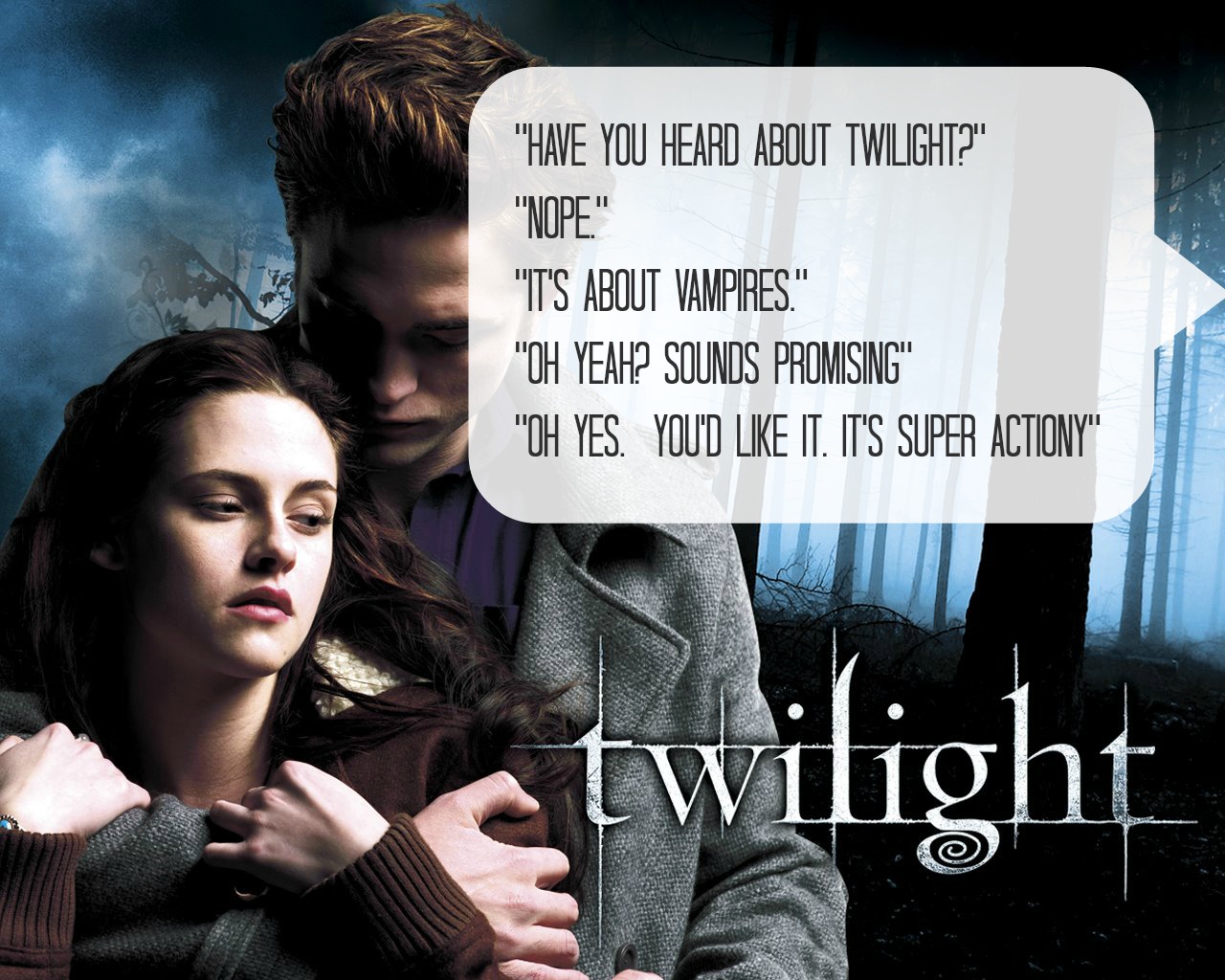 20.  I tell anyone with ears (or an internet connection) that Hubby used to cut my hair.  I’m not sure this is something he wants to brag about, given my propensity for volunteering him for tasks (a high school teacher once asked if Hubs was available for appointments) and also because this skill might fall under the same category as “scrap booking,” when it comes to being teased horribly by friends.  But I’m so proud of him!  He did such a good job that I am seriously considering going for the DIY’d choppy cut again.  Where are the kitchen scissors??

Happy Anniversary, Handy Hubby.  Thanks for loving me, even when I rook you into another trip to the thrift store by pretending we’re going to Le Baron. 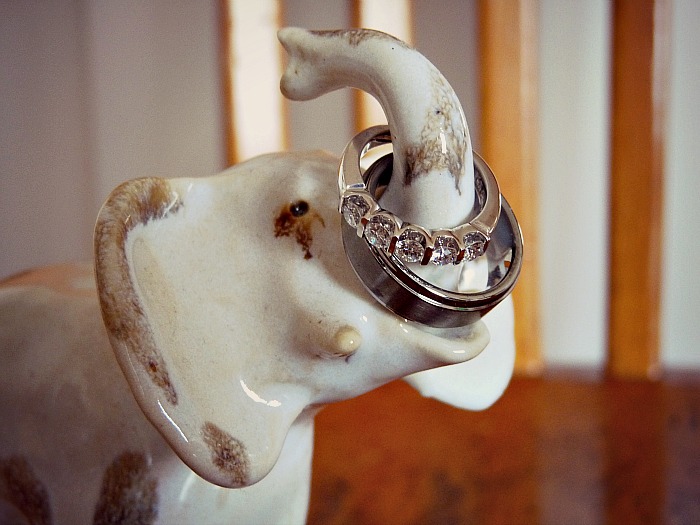 P.S. Tonight, (on the night of our wedding anniversary, remember? I didn’t), we’re meeting my Hungarian friend to go to a pottery painting place, then we’re meeting up with her boyfriend and making palacsinta (Hungarian crepes).  I’m just getting a jump start on next year’s list.