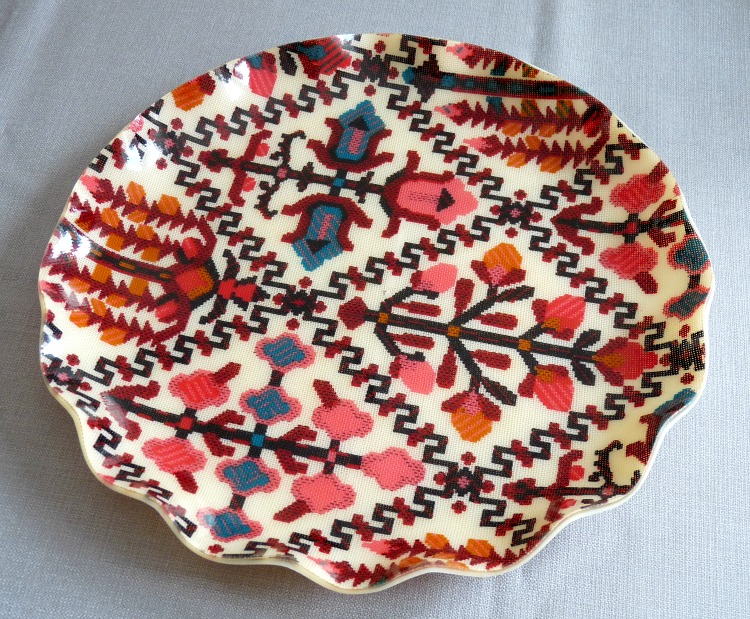 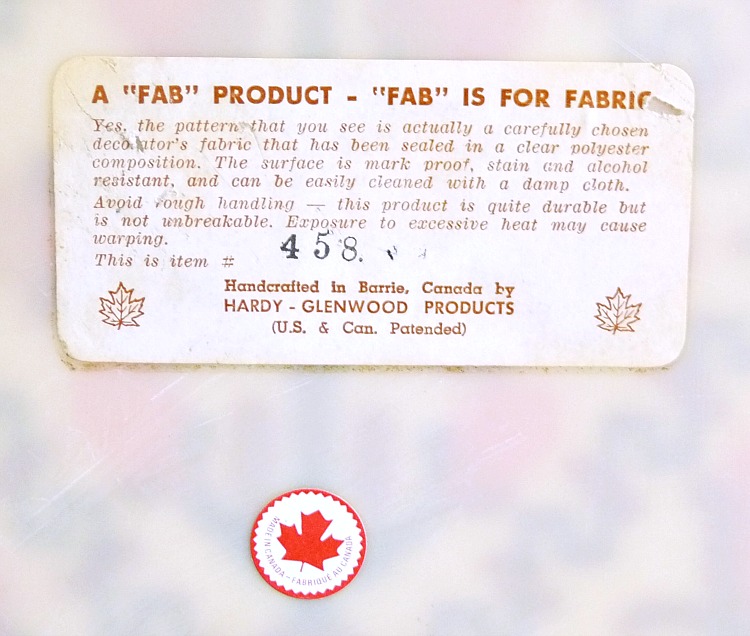 The surfaces are mark proof, stain and alcohol resistant – durable, but not unbreakable.  Best of all, they were handcrafted in Barrie, Ontario by Hardy – Glenwood Products, with very little mechanization in the production.  I have read that they were produced in the 1960s but other sources say 1970s.  This quite detailed history of the company
indicates 1970s.  Apparently they stopped production during the oil crisis in the
mid 1970s because the resin became too expensive to produce.  With bold, retro fabrics trapped under a clear surface, they seem like little time capsules to me. 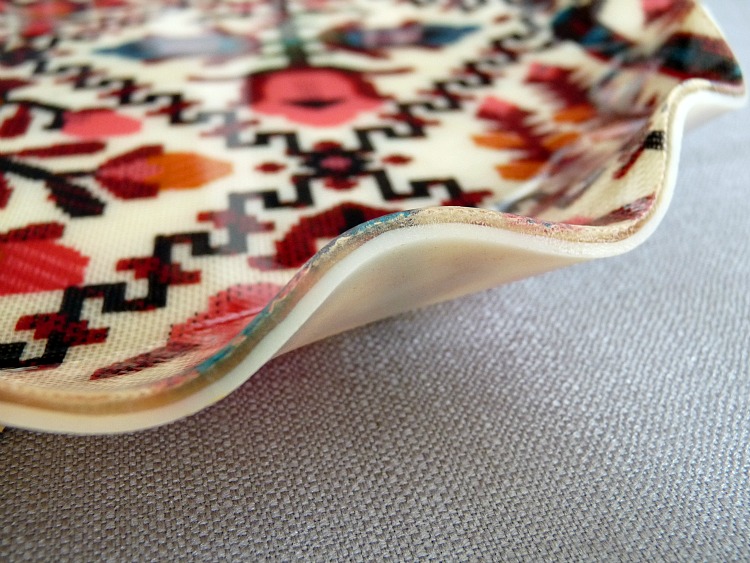 I found the one above on a dusty shelf at a thrift shop, during my recent visit to my hometown.  Some of the FAB trays are a touch . . . tacky, but I thought this one was quite pretty and on-trend.  I photographed it, researched it, but dawdled when it came to listing it in the shop.  Then I saw these photos of a FAB collection on SF Girl By Bay:

I started to have that creepy, antsy “I want it, I want it” feeling.  The next day, I found this at a Value Village in town, and I may or may not have dove for it: 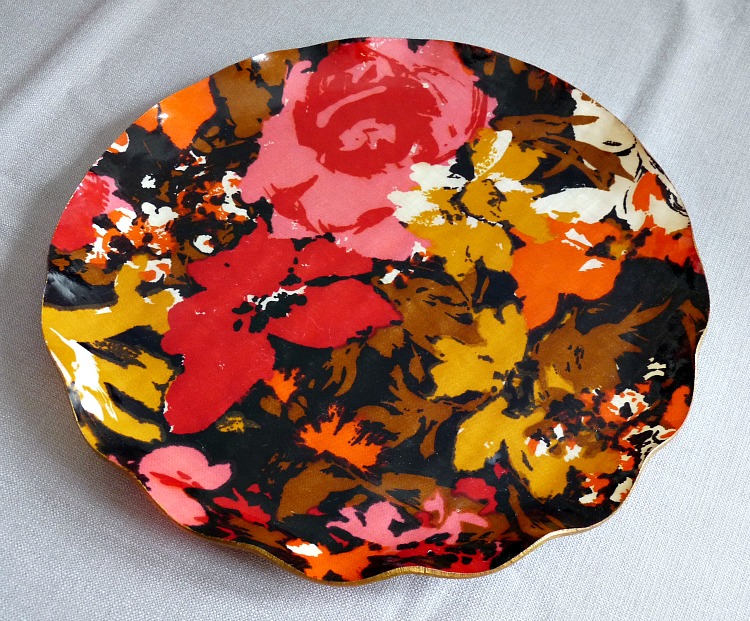 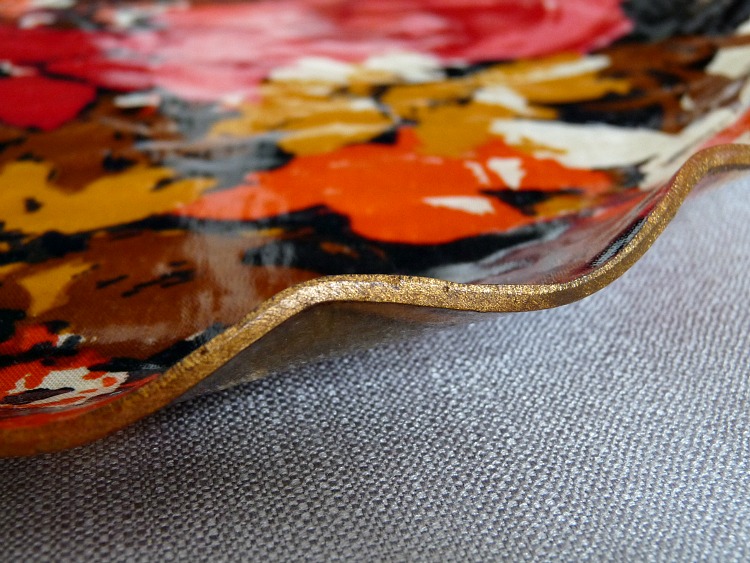 I was so giddy to find a second FAB tray and was officially, embarrassingly, overcome with greed.  With a Gollum face, I scooped the first tray from the etsy pile (which actually meant asking Mom to send it from Thunder Bay).  They are officially mine and I want more.  Although there are some designs I might pass on, I think this will make for a cheery collection!

Caren, the gal behind the ambitious collection above, says that at the height of production, Canadians were churning out 1000 of these per day, for domestic sale and export to the US.  Here’s hoping that means I can grow my collection easily (and inexpensively!).  I’m still so surprised that the colours and patterns of my two trays grabbed me because, to be honest, they don’t really jive with the townhouse, but there’s just something inexplicable about them that makes makes me smile a goofy grin when I see them.  What is it??  In any case, I think the retro fabrics will look perfect with my 1960s fashion posters from Hungary.  It’s fun to throw a little something unexpected into the mix sometimes. 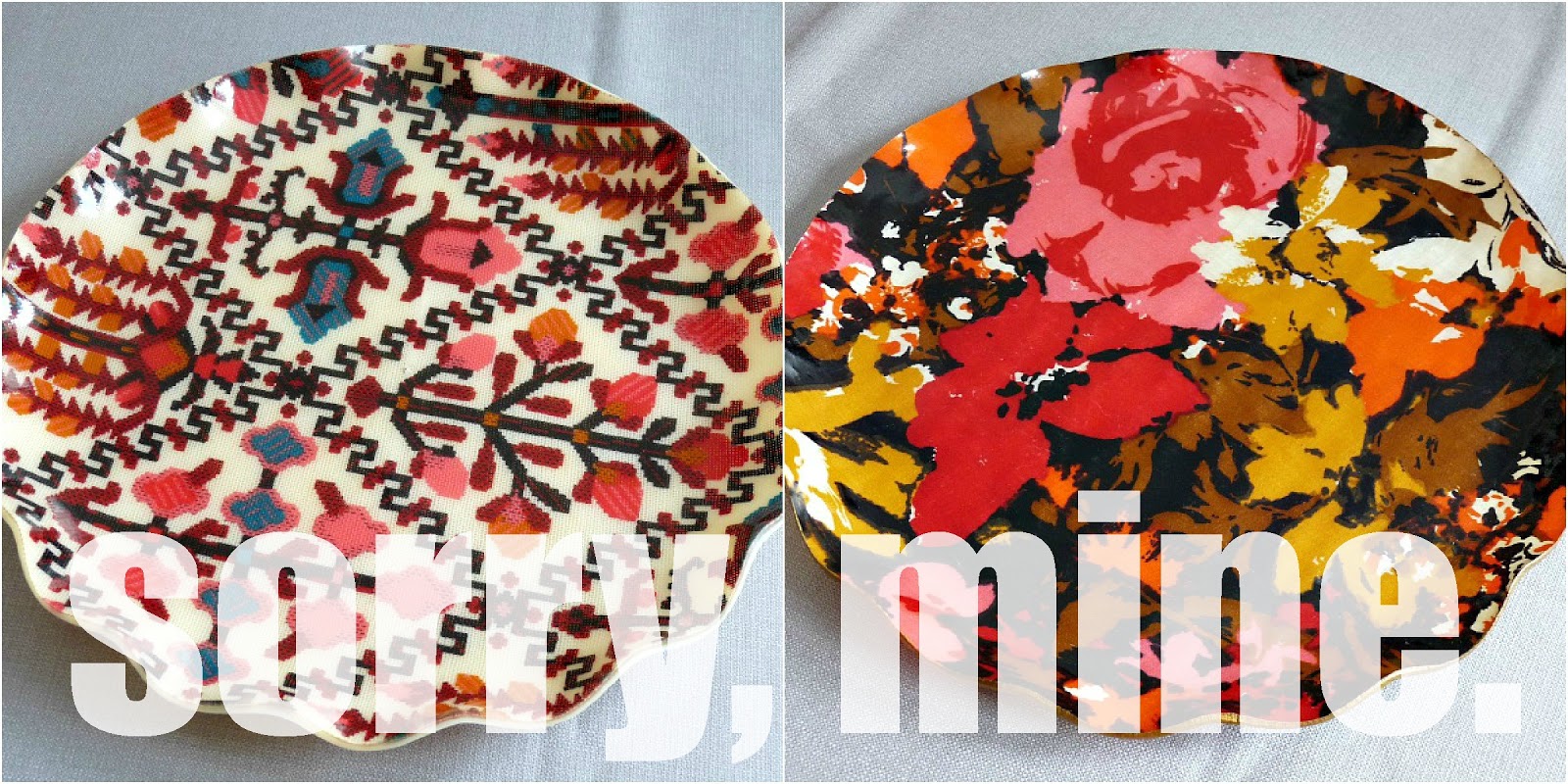 Is there anything that you collect or love that just completely surprises you?