Hubby and I went to the Ottawa Antique Show Friday.  I always go the first night, because it gives me some time to think a purchase over and return over the weekend.  Little things (like a McCoy planter) I have bought on the spot, but the year we bought three Lotte lamps, I asked that the seller hold them overnight and I returned the next morning to buy them.  I just needed to sleep on it (in hindsight, why?).  This time, we accidentally arrived really early, about 4:30pm, and there was already a line!  Ottawa is a city of treasure hunting early birds.  By 5:00pm the line had snaked around and was blocking the door.  You can actually see me, with Hubby lurking behind, in one of Kim’s photos (below).  I don’t know why I look so grumpy: I had a full tummy (Hubby insisted we eat a ridiculously early dinner in case we were at the show until late), empty bladder and was at an antique show! 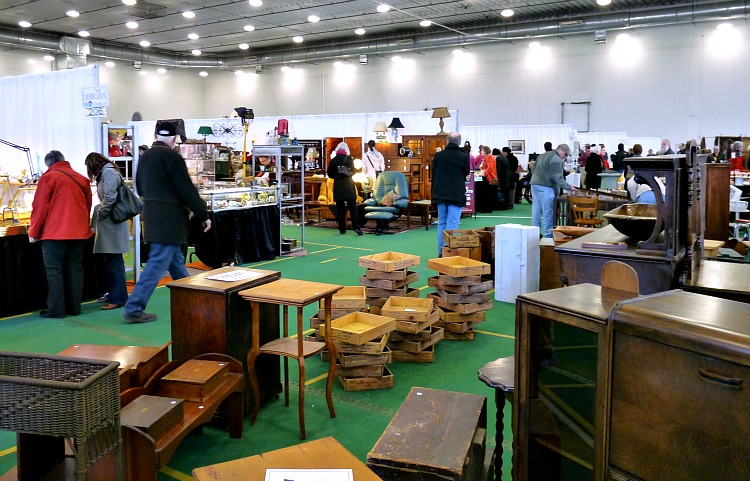 The show was great!  We spotted some familiar vendors, but new booths as well.  There were some fabulous pieces for sale.  I favored so many of Kim’s picks that by the end Hubby would spot a pick of hers, hide her tag, ask if I liked it, then celebrate if I didn’t love it.  As in, “a-ha! It was a Kim’s pick!”.  It was triumphant for him.  Whatever keeps him entertained, I guess! 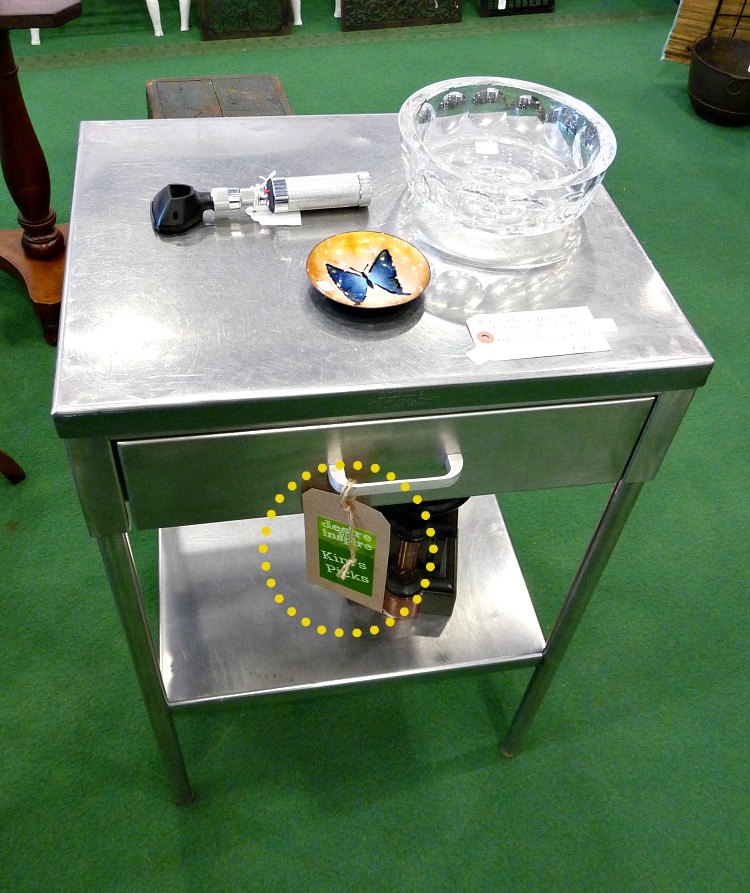 I was on a mission: silhouettes, McCoy pottery, Pyrex, Iittala . . . I’m trying to build and grow existing collections so they have a WOW factor, instead of investing in random little items here and there.  Although I also seriously considered a very small pair of silhouettes, I only purchased two small items (I’ll tell you what I bought in a minute).

There were many beautiful items to ogle, especially for folks without such a narrow focus as mine. 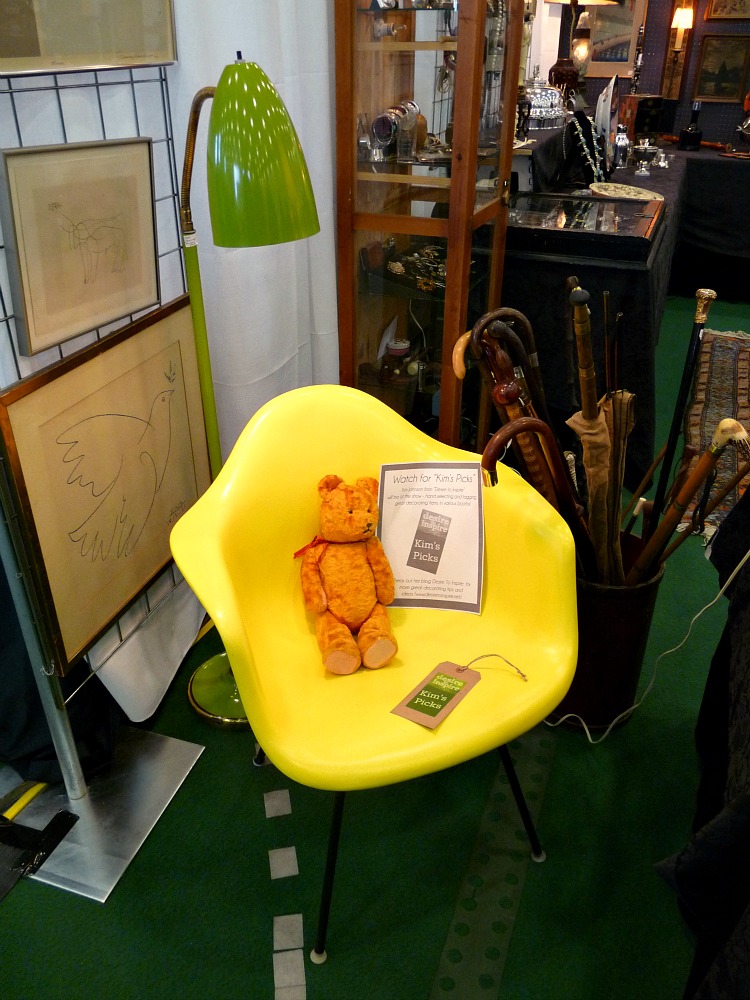 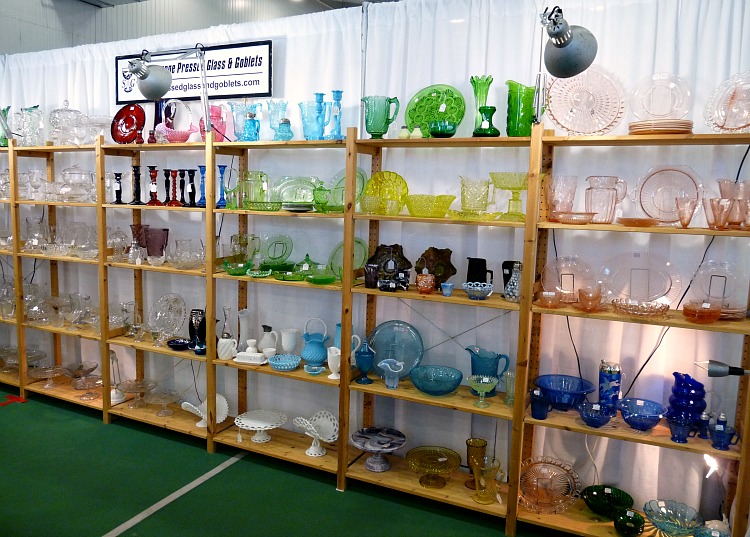 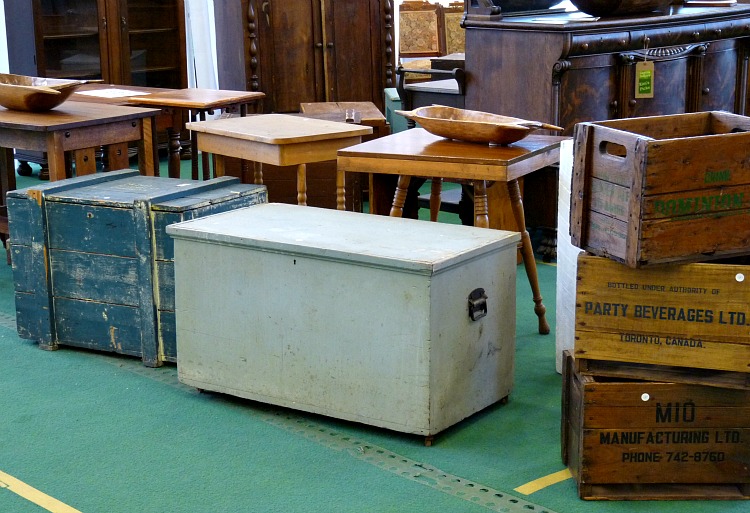 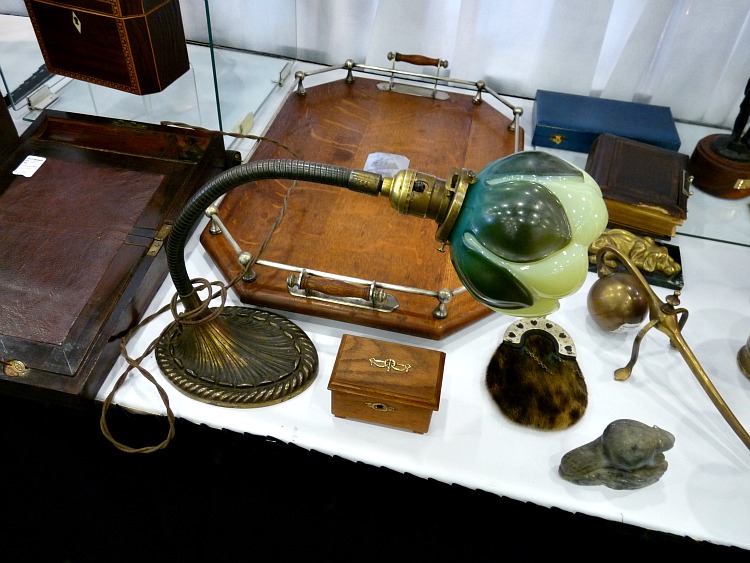 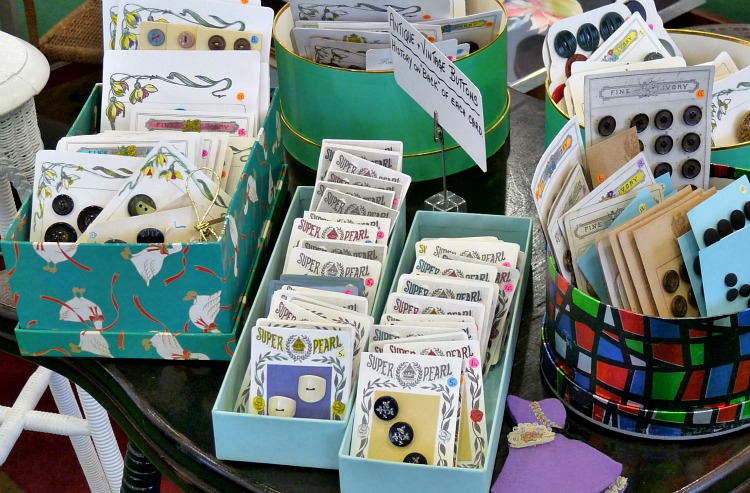 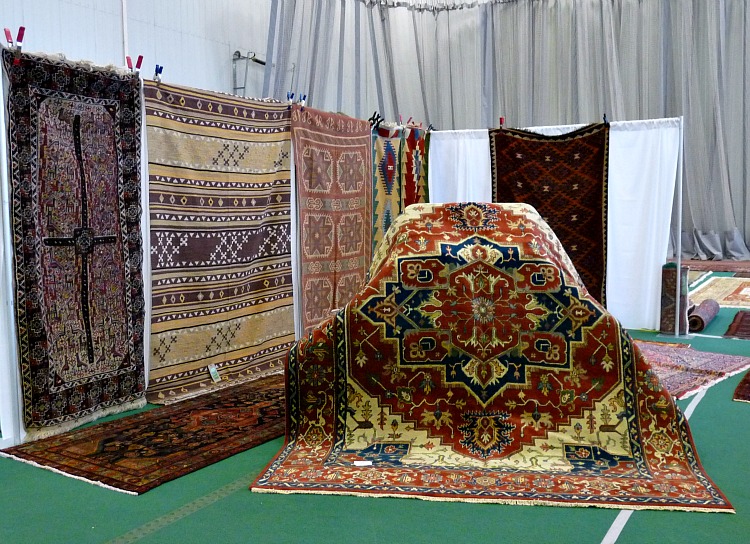 Even with all this temptation I stuck to our money-saving goal, but did come home with one sweet treat that was a total surprise: antique Fort William post cards that round out my existing set, which we hung in the stairwell in floating frames.  The bridge on one is the same bridge Hubby and I were almost swept under last time we took out our very small sailboat, on a trip to our hometown.  The Lake Superior slips were closed for renovations, so we took the boat on a river and had a terrible time that ended up with us paddling, ditching the boat, hiking back through rough brush, shimmying around a chain link fence (dangling over a cliff), emerging covered in burrs and then waiting a lifetime in the setting sun for someone to help us tow the boat back.  I HAD to get that postcard! 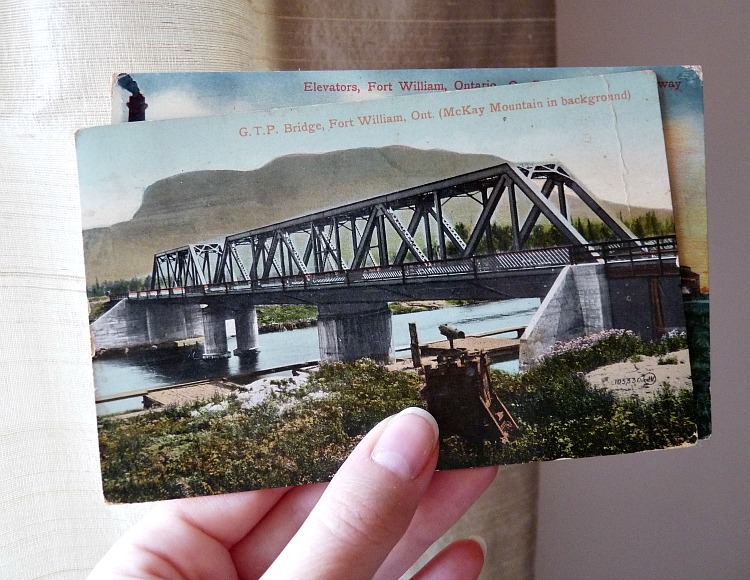 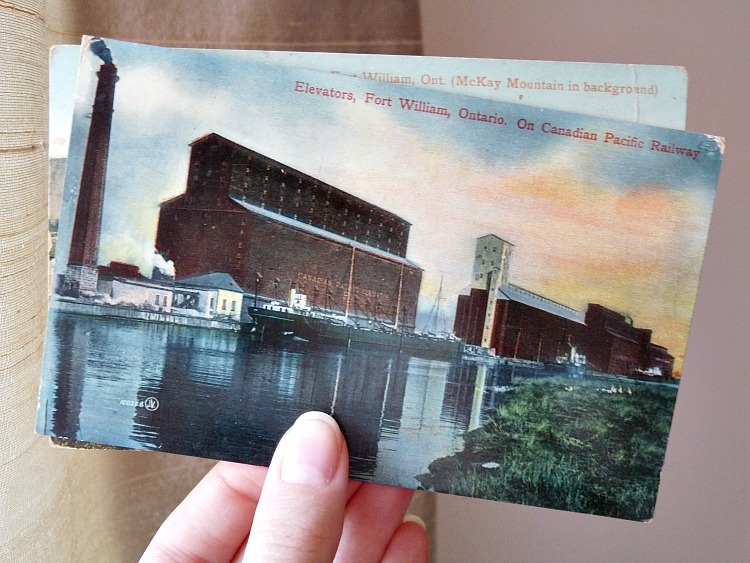 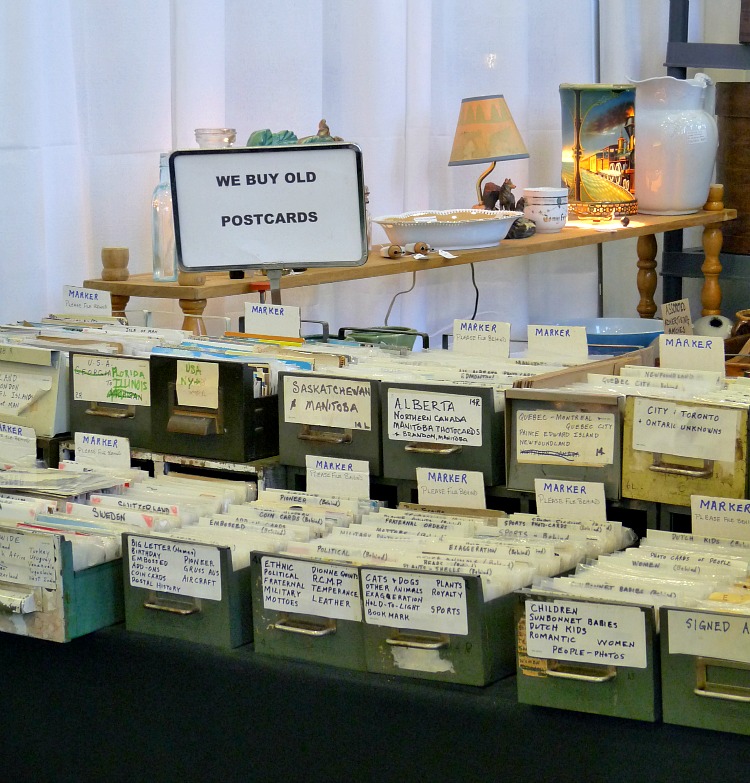 Did any local readers hit the Ottawa Antique Show this weekend?  Even though my purchases were small, I’m so happy with what I found and I’ll be back next time – you never know what treasures will be there, just waiting to come home to the townhouse!  Kim’s so lucky: she got to snap photos before the show opened (most of mine have people’s bums in them as they hunched over to investigate items, or were snapped in a hurry before someone’s bum entered the shot).  See her photos on Desire to Inspire and Closet Rivalry. 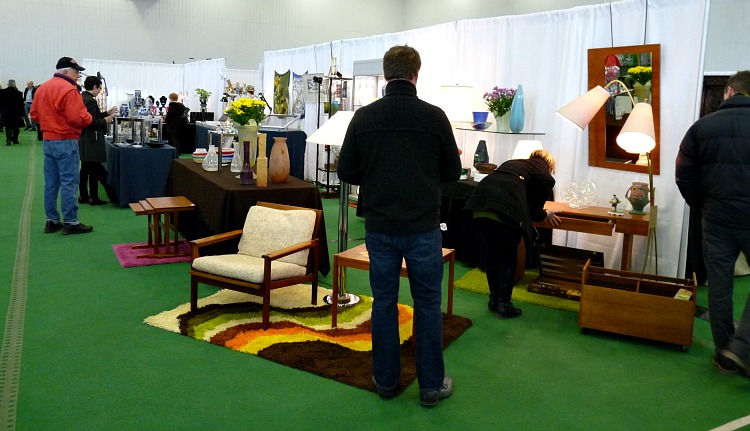