I’m serious about fire safety and what’s fabulous about our condo is that they share my concern and make everyone test the smoke detectors in their townhouses annually.  Unfortunately, smoke detectors generally aren’t easy on the eyes.  Ours in particular, although not even old, are bulky, beige and strictly un-paintable, so when I received an offer from First Alert to try out a slim new model, I jumped at the chance! 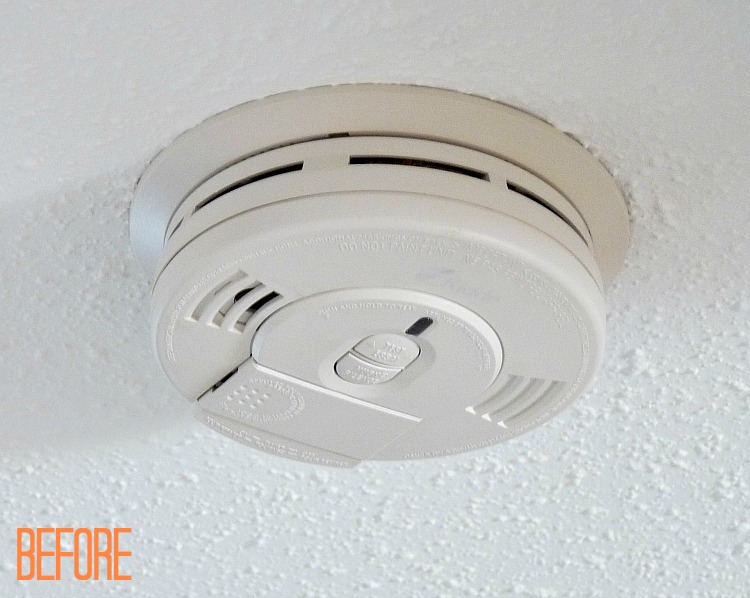 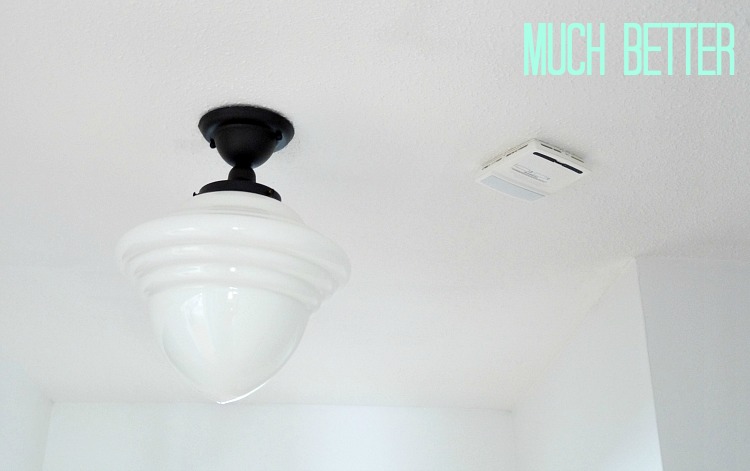 The model we received is the new First Alert Designer Series 2 in 1 speaking alarm in white (yay!), which is slim and low profile.  Hubs and I have systematically gone through and replaced every 1970s light fixture (even the ceiling fans!) in the townhouse with fresh new fixtures, but it’s been so disheartening to install them beside the sad smoke detectors that were already there.  The smoke detectors were strategically placed, so it was safest to keep them there, but jeez, were they ugly!

The new smoke detector (which you can find at Lowe’s and other home improvement stores), in addition to disappearing nicely into the ceiling (it’s less than half the size of the old one), is also a lot more technologically advanced than our old unit.  First Alert has a Patented Smoke Entry system which provides a direct path to the sensor based on the way smoke travels, which means it’s more sensitive to smoke but, here’s the best part, it results in fewer false alarms!  Plus it detects Carbon Monoxide as an added safety bonus.  Steam from our shower used to set off our old alarm, but we’ve had none of those false alarms in the two weeks or so we’ve been testing this smoke detector. We also like that in can be programmed so that a voice tells you where the fire/smoke is, what the hazard is, or whether the battery just needs to be changed (instead of chirping maniacally for shower steam, battery change and fire interchangeably).  There’s a video that highlights all of the features, you can see it here.

Although I’ve hated our smoke detectors and complained before, I was lazy about changing them (especially because it was really an aesthetic thing and they work just fine), but learning about how much safer this new model is makes its slimmer look icing on the cake.  It’s definitely townhouse-approved.  But now I want a few more . . .

I was provided this unit for review from First Alert, but was not asked, encouraged or paid to write a positive review.