Today’s Pinterest challenge makes us stop pinning and start doing! After pinning lots of pretty mint tables and home decor, it was time to tackle a minty table makeover of my own! 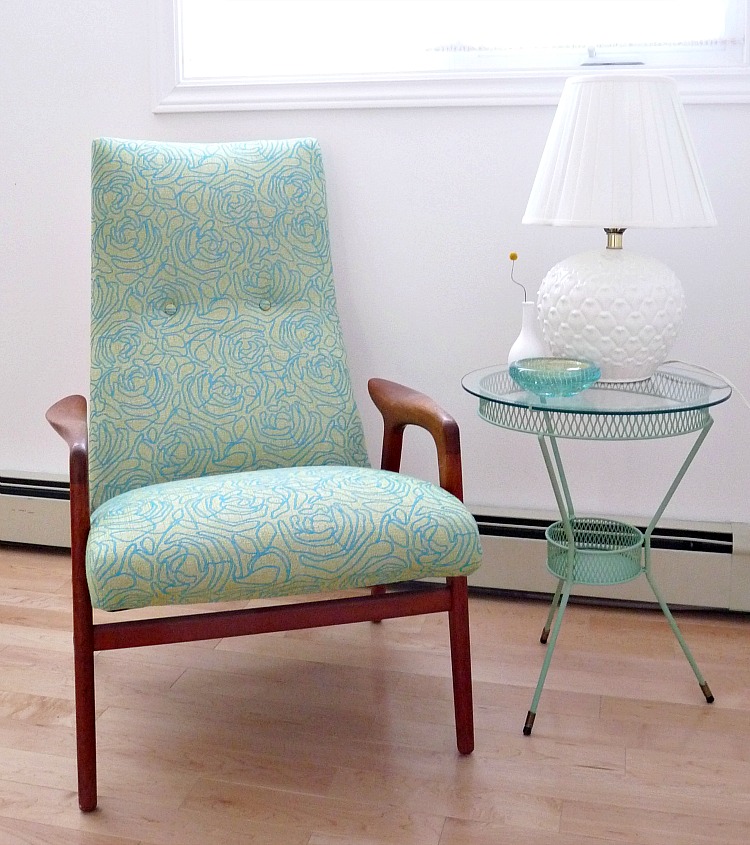 I capitalized on a few warm spring days and painted my grandmother’s table mint, as planned!  She received this table as a wedding gift in the 1950s but gave it to me years and years ago when I was on the hunt for a round nightstand.  She was actually using it but moved what was on it to another table so I could have it.  Don’t I have the sweetest, most giving grandmother?

I have continuously loved this table over the years, but it had some rust and worn paint so a freshening up was in order.  My grandma and I decided mint green would look pretty, and keep the vintage vibe.  I had a hard time finding a nice mint green spray paint, though.  Some were too apple green, some too sage.  I thought I scored with a Liquitex shade, but I’m not entirely sold because it’s a bit duller than I hoped. 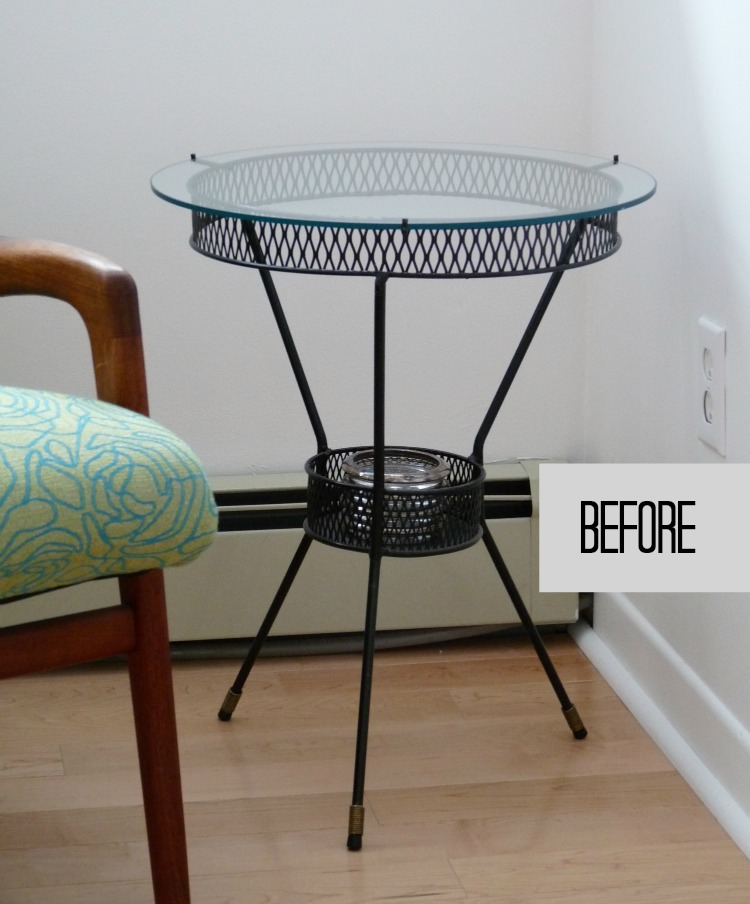 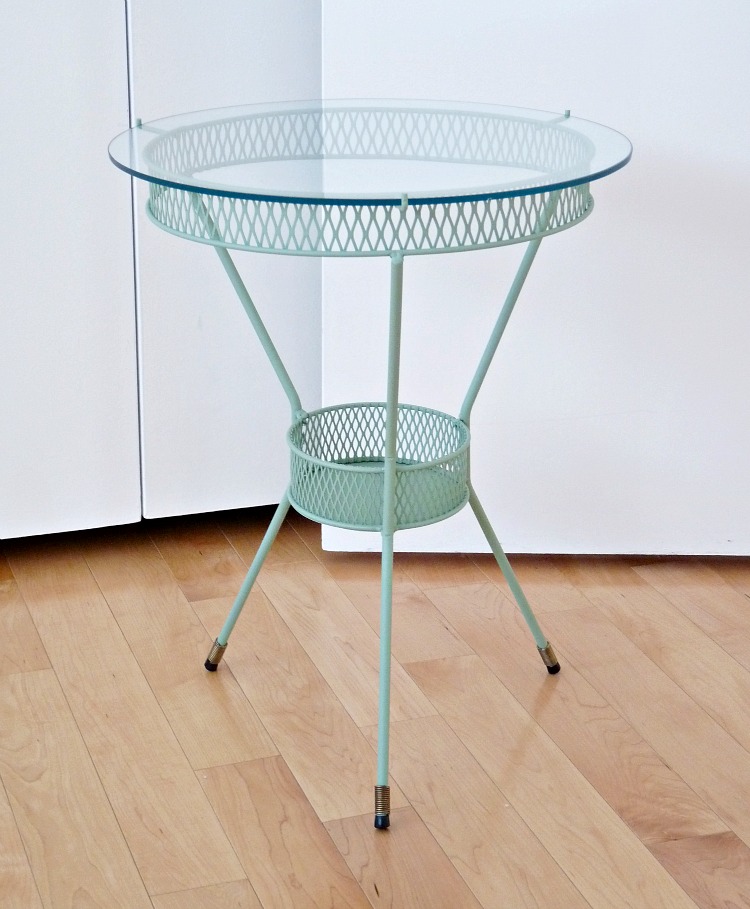 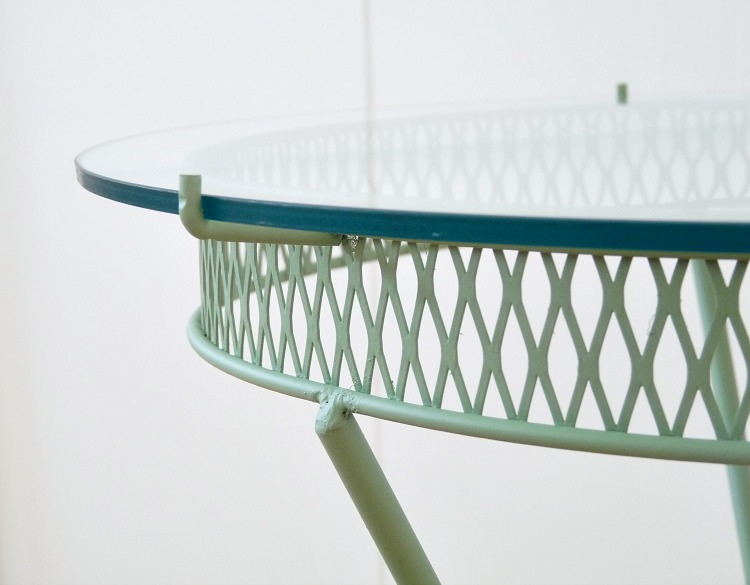 I usually use the Liquitex over a white base for more vivid colour, but the Tremclad grey was such a light shade of grey it almost looked white.  I’m wondering, though, if it did dull the colour, even if I did apply multiple coats of the mint shade.  In any case, the paint finish turned out great. 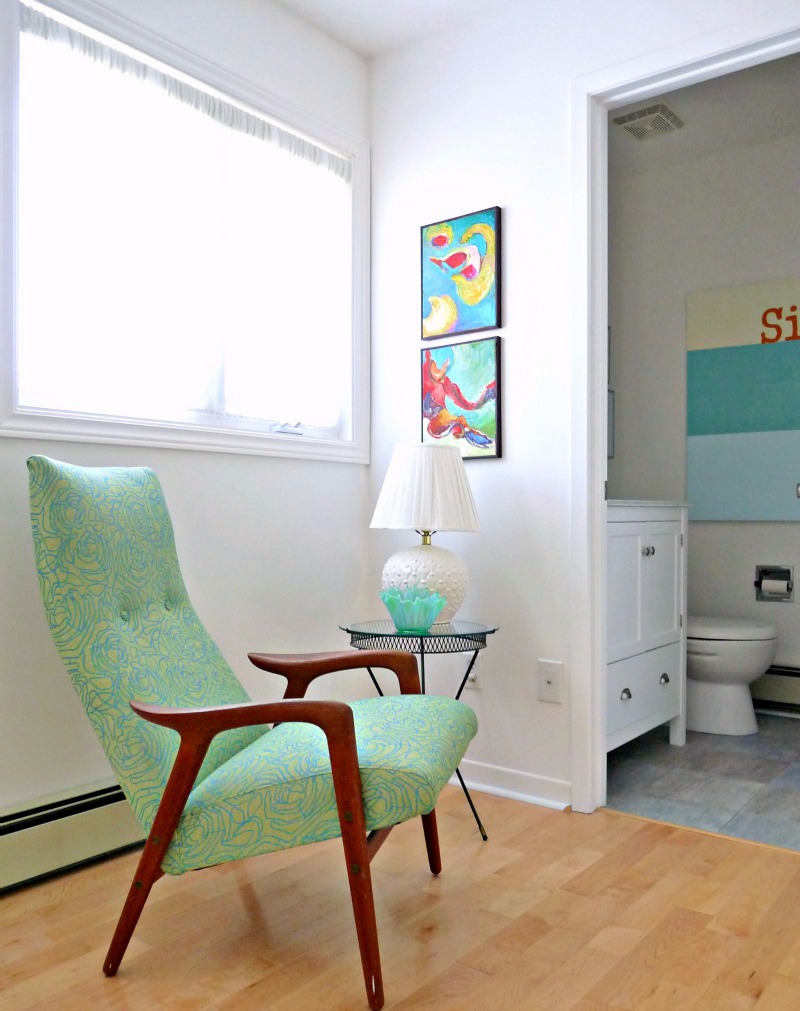 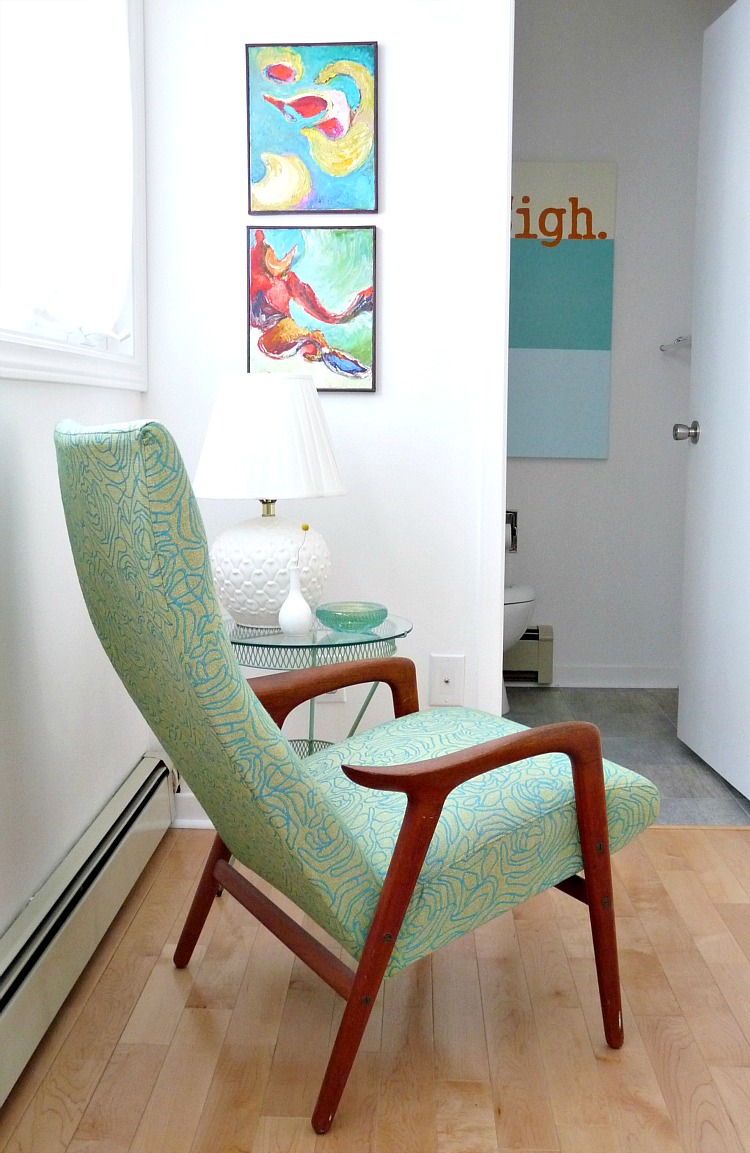 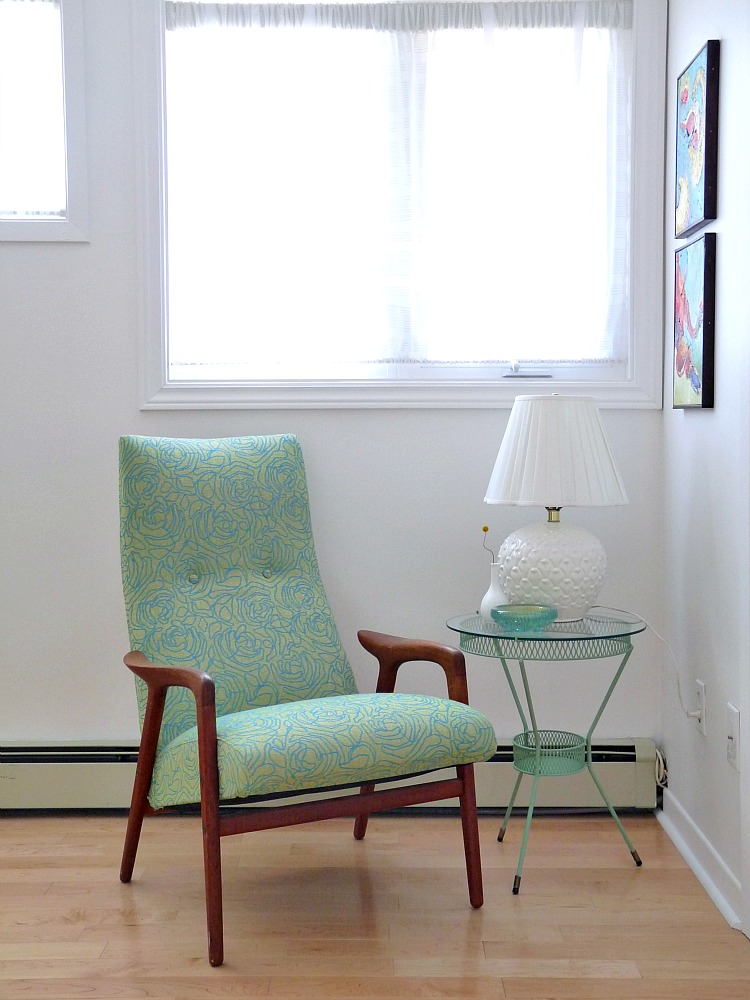 The baseboard heaters seem to pop out at me even more, now that the table is a lighter colour, but painting them all white is on this summer’s to-do list.  Even if I’m on the fence on the shade of mint, it does seem to pair really well with the chair, which reads as mint but is a pale green and aqua pattern. 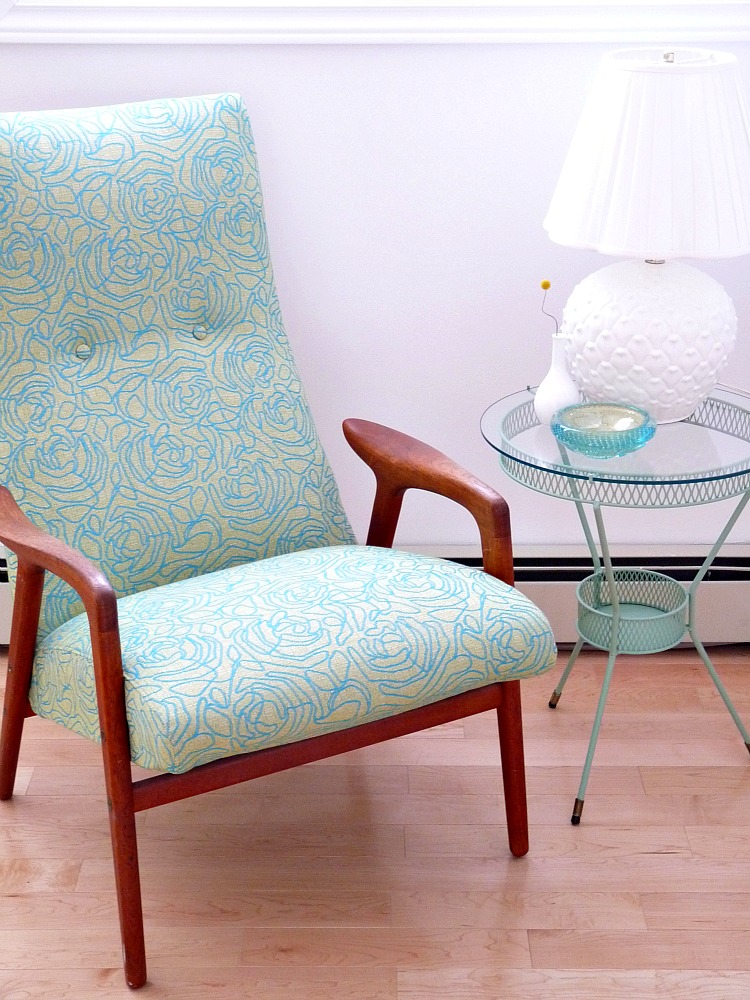 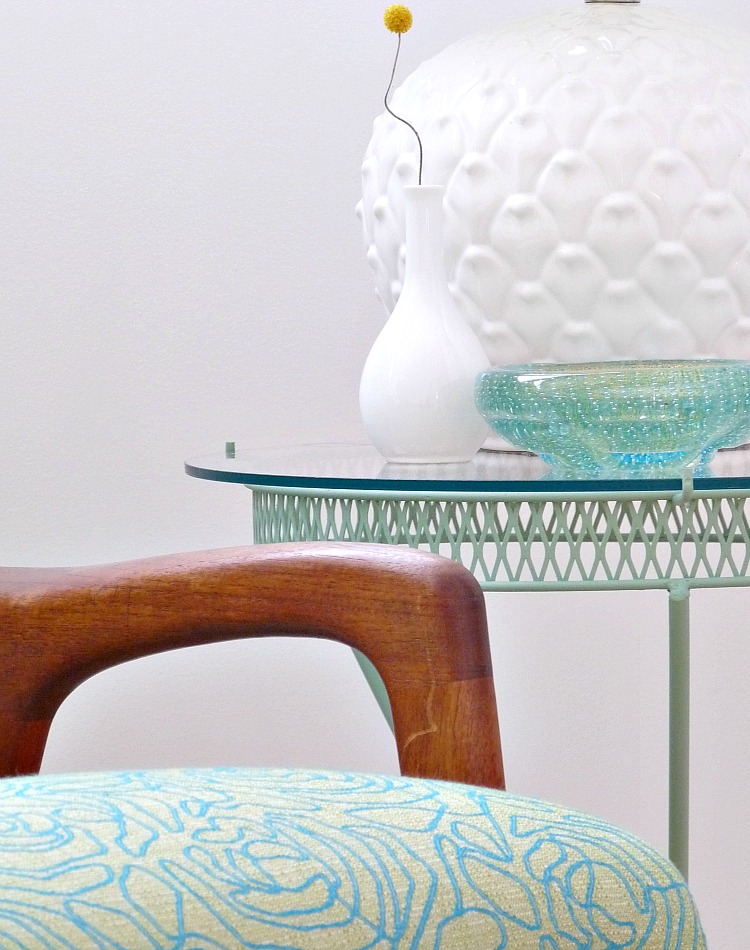 So, what do you think of the new colour? 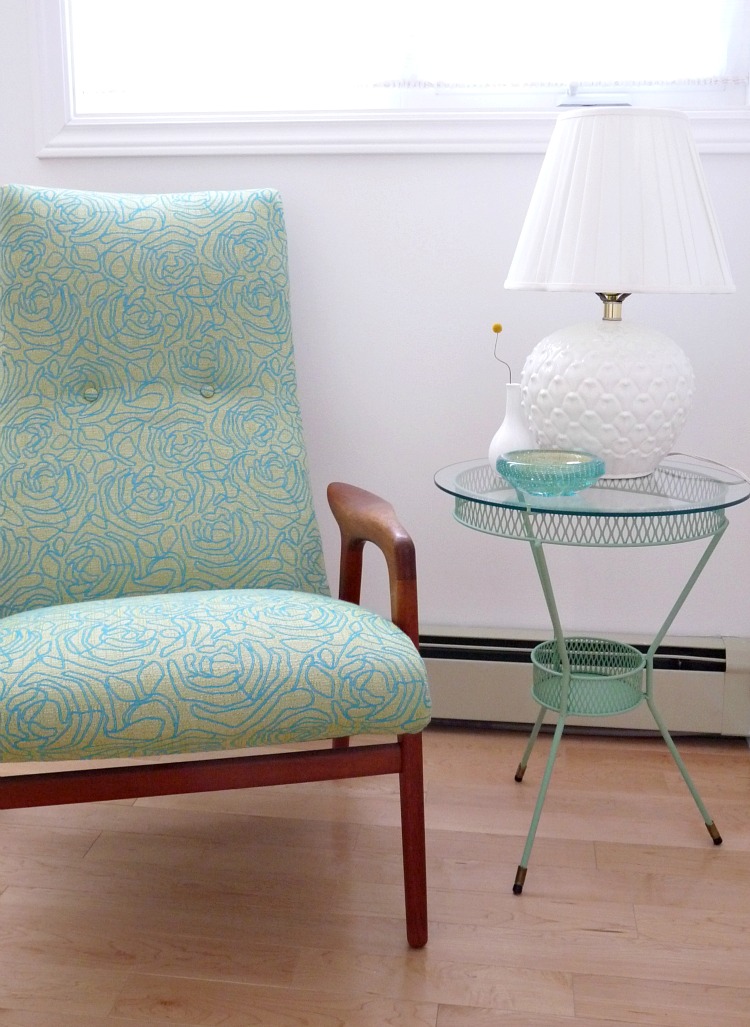