You might have noticed the half bath change involved a tiny bit more than just wall paint.  We fixed a few issues as well.  Our heating system was converted from electric baseboard to radiant hot water by a former homeowner (thanks!!) and the system is fabulous.  No dust, like forced air, and super inexpensive to run – I’m sad to leave it!  The only sign of the transformation is in the main floor powder room, where pipes run up the corner wall.  The pipes were originally hidden with a wall-papered metal cover, which I painstakingly stripped, primed and painted (not so thankful for that, former owners).  You can see the wallpaper in the half bath transformations.

I thought it looked fine, but the gap between the cover and the wall, plus the small hole at the ceiling, irked our realtor and my Dad, so I figured it would bother potential buyers too.  Seeing as my Dad was always vocal about this flaw, I handed the task to him to fix!  It’s dangerous to critique something around the townhouse.  At the same time we addressed the pipe cover, we figured we might as well fix the eyesore of a cover hiding the converted heating system along the baseboards too, because the one in here was the worst of all of the ones we have in the townhouse. 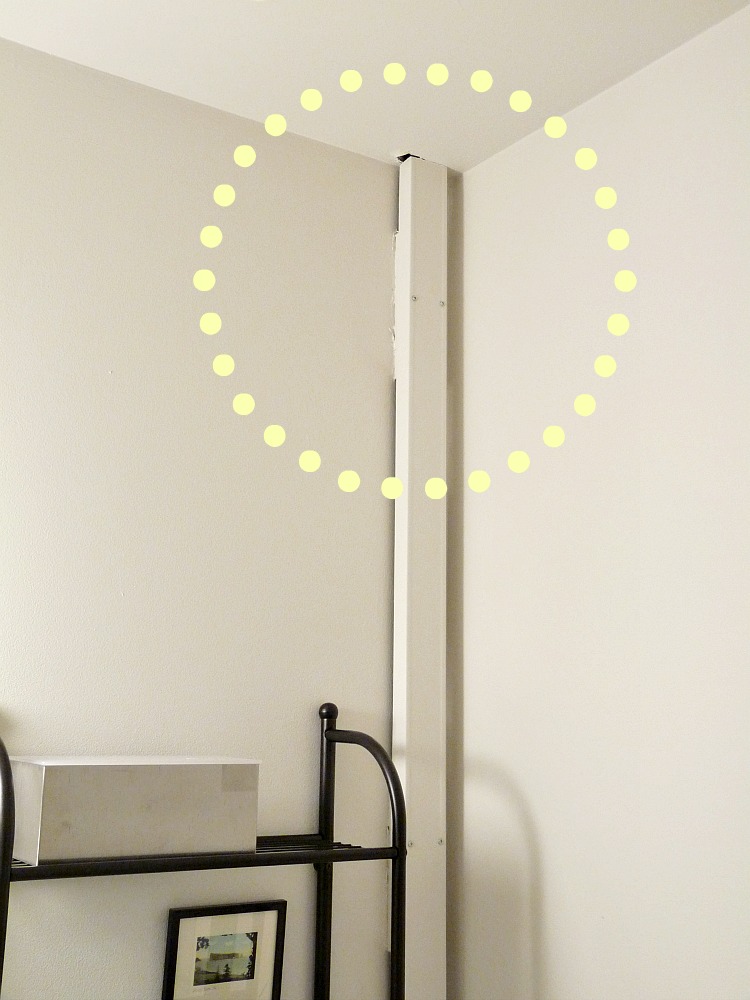 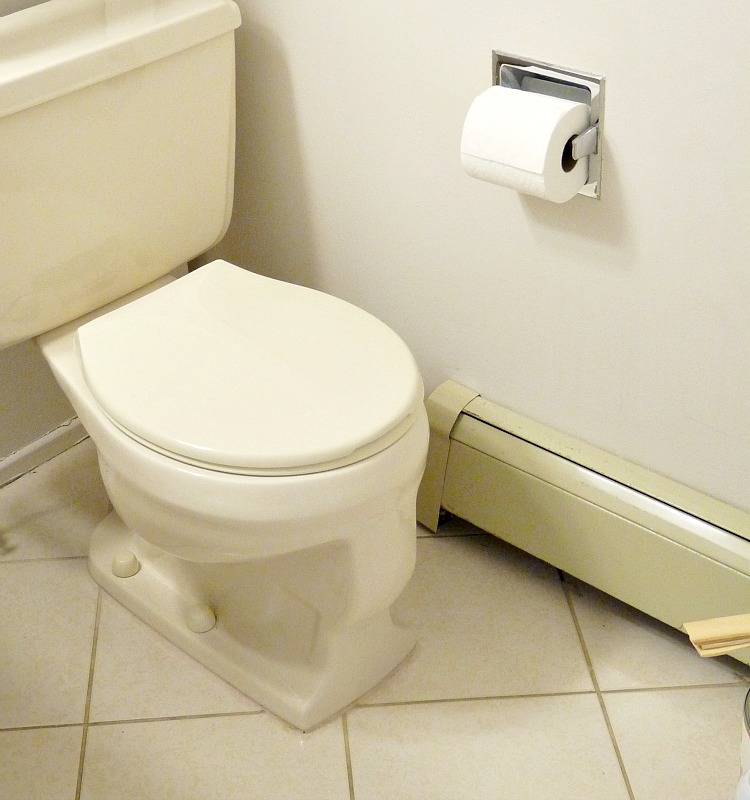 The fixes turned out to be really simple and make me wonder why we lived with things like this so long!  To make a smoother transition between wall and pipe cover, I found some wood coving at Lowe’s, which my Dad glued in place with extra strong construction adhesive before we gave it a coat of primer and paint.  Then he used a small drywall patching kit to fix up the ceiling, which was also primed and painted over.  Boom.  Done!  Because I’d already primed it with metal primer, Dad just painted over the metal cover and now it all looks seamless.  Painting the ceiling the same colour helps everything blend in. 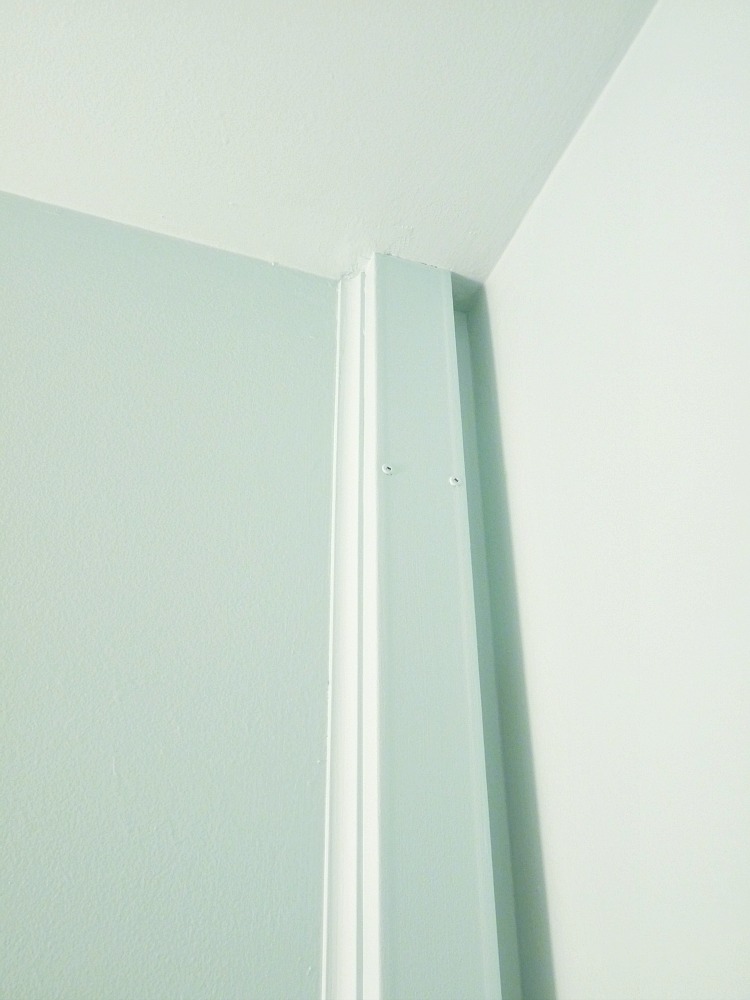 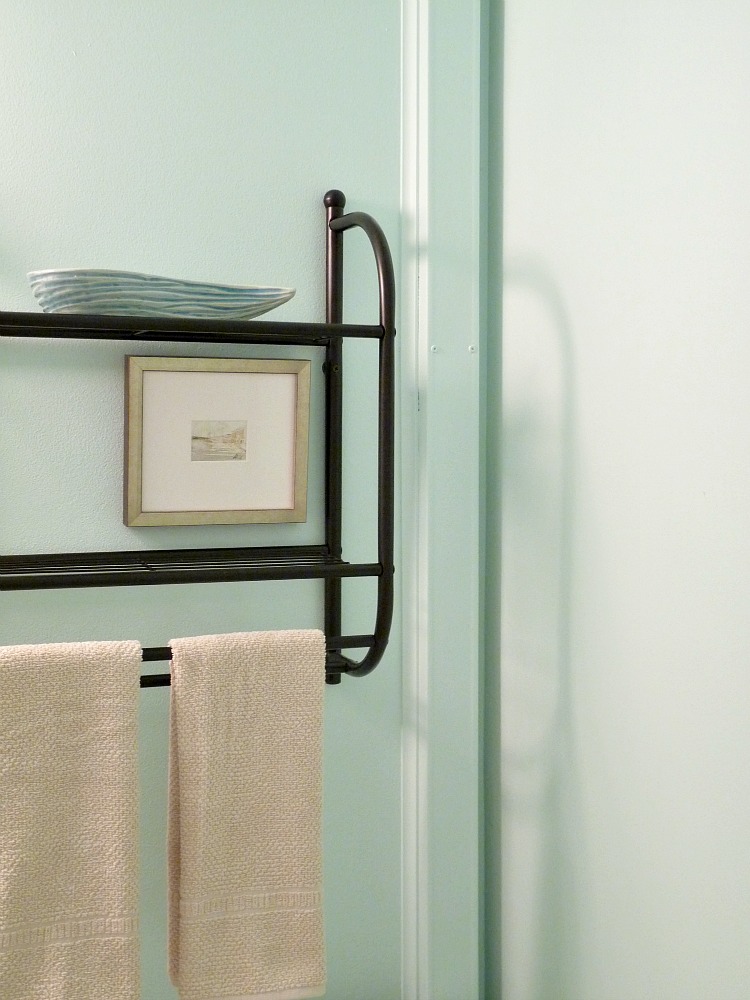 The baseboard heater cover just needed a light sand, some metal primer and then an application of the same latex paint we used for the walls (which we applied with a tiny foam roller).

WOW does it ever look better (and newer!). 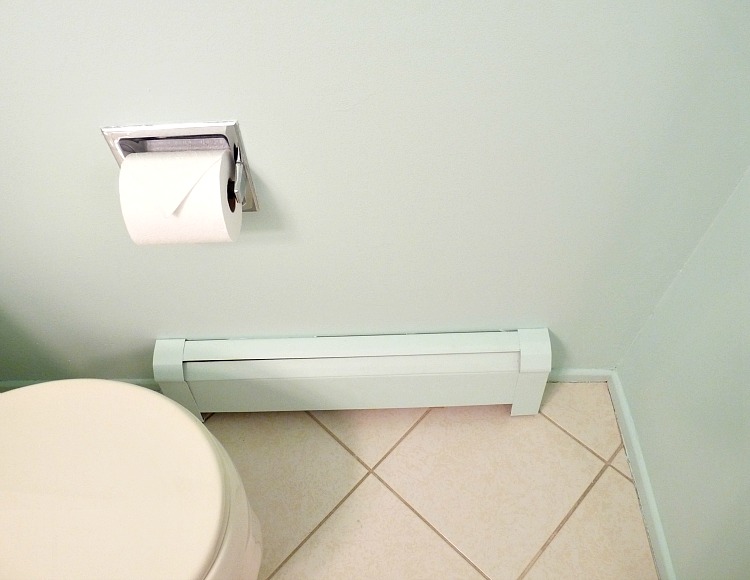 Our little house is solidly built and has been lovingly updated and renovated, but I think any little flaw like these, even though they are just cosmetic, might have made home buyers nervous so I feel good that they were addressed.  In case you missed it, see the other updates made to this powder room here.