Hubs and I went to our favorite upholsterer on Monday (the same folks who did the mint chair – Kessels, for Ottawa readers) and short-listed some fabrics for the mid-century chair we found curbside. 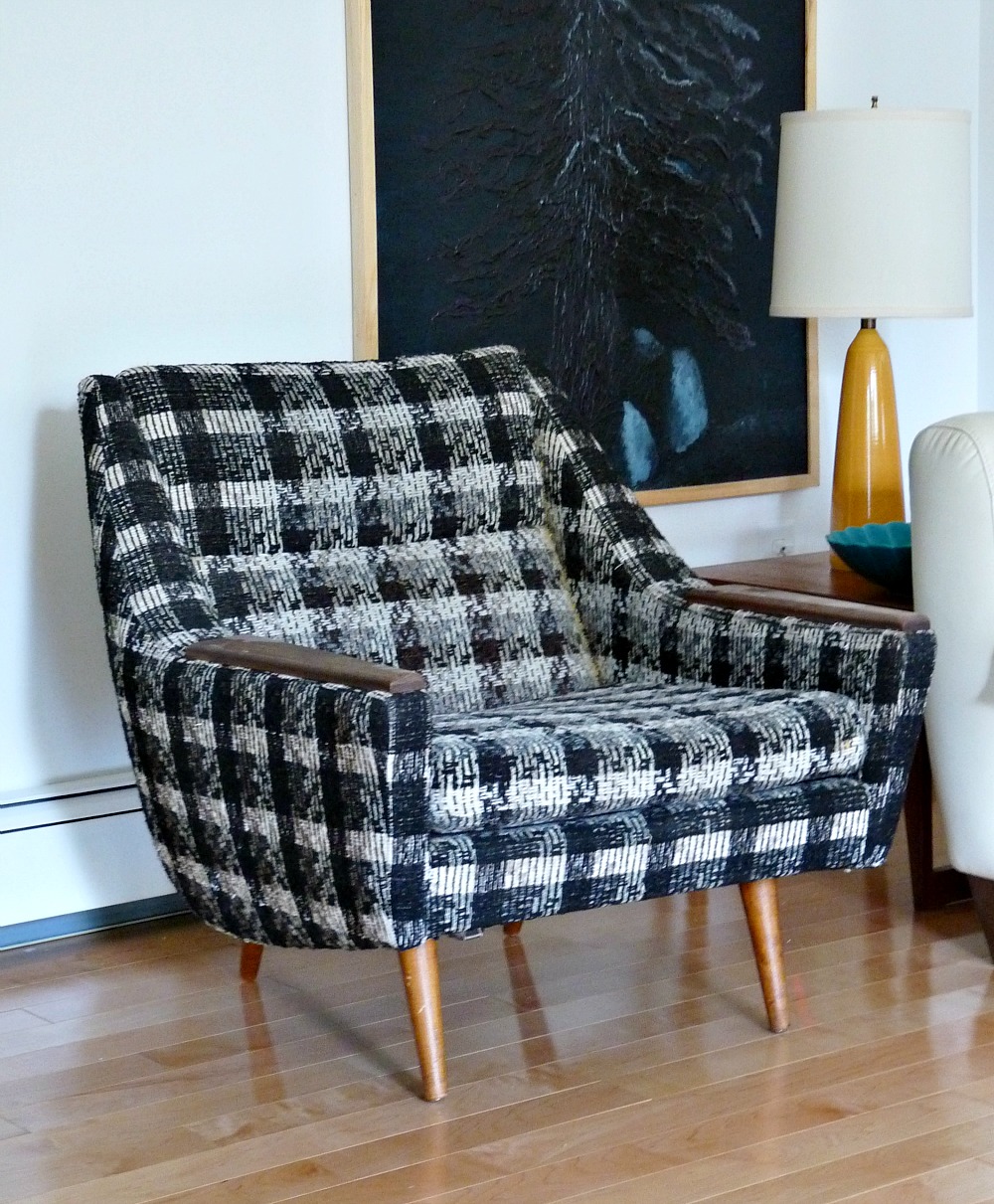 We debated fixing it up but we finally decided to go for it, for four simple reasons:

I decided I wanted a turquoise tweed, like the turquoise Papa I mooned over.

I brought in a snippet of the turquoise and mint fabric from our other mid-century chair as a guide for the shade of aqua I was after. 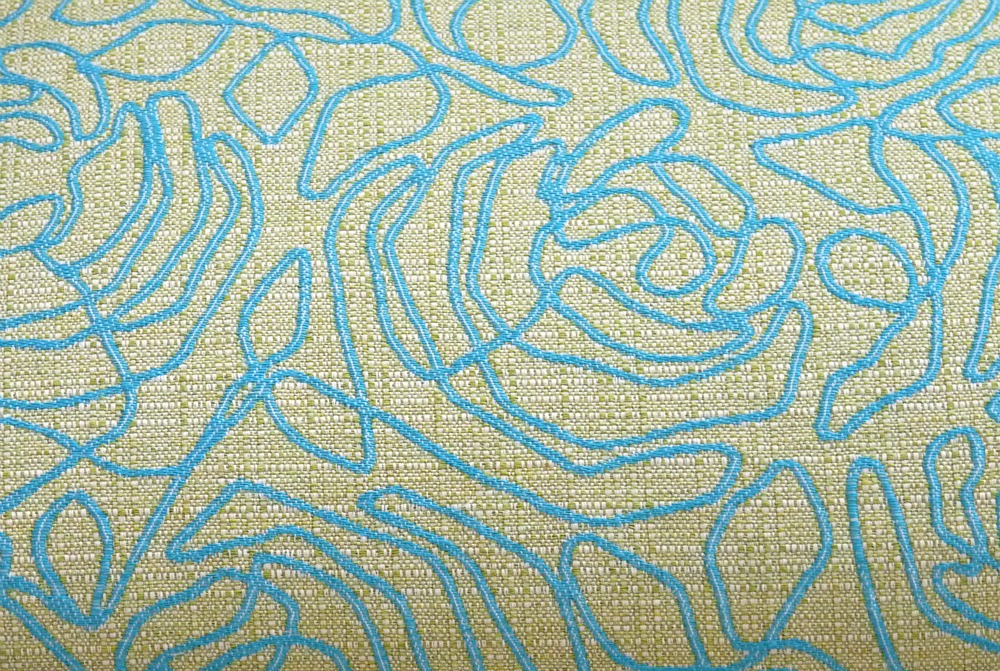 Together with the gals at Kessels, we rounded up a healthy selection of tweeds, but also a few velvets.  I never would have considered velvet because I thought it was too traditional and hard to care for.

Turns out some velvet can be 100,000+ Wyzenbeek double rubs and lots of upholstery fabric is only 15,000-20,000 (basically, the higher the number, the more durable the fabric).  As soon as we got home with the samples I axed quite a few for being far too blue, too blah, too bold, to printy. 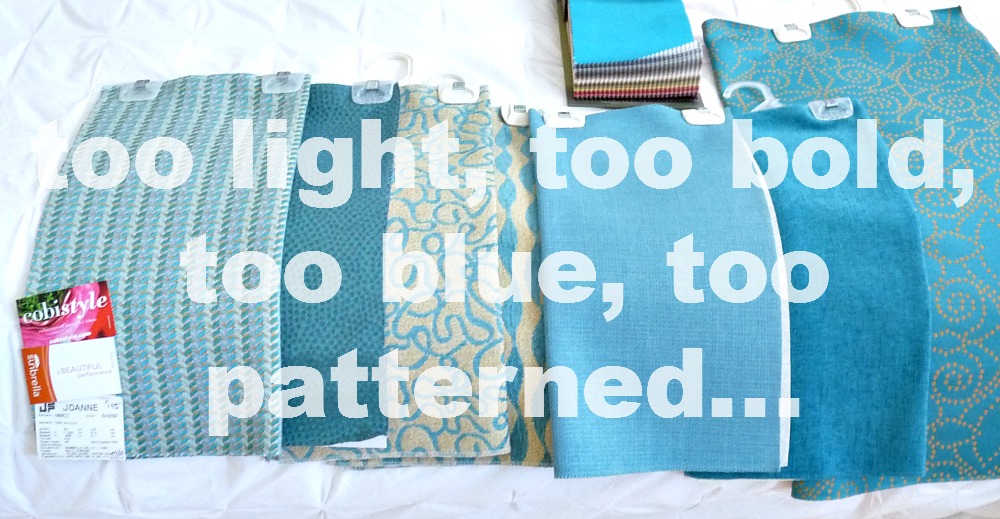 In the end, one tweed remained but because it was shot with navy, it was a smidge too blue. 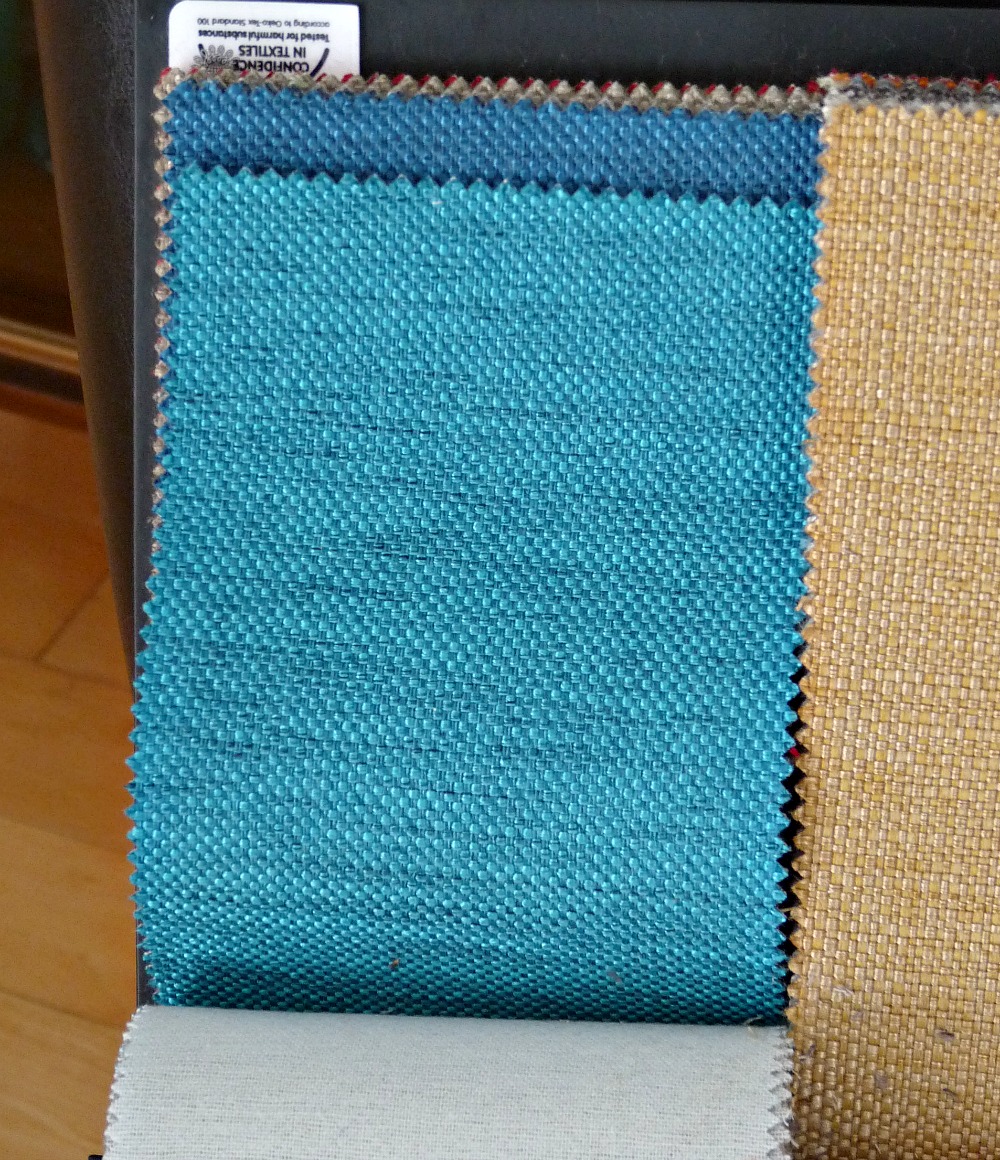 The velvets won our hearts!  Surprise, surprise.  I just love the sheen, the way the fabric catches the light, and the gloriously saturated hues of my two favorites.  We’re still going to sleep on it some more, but it looks like I might be adding a little velvet to my plans.  Unfortunately, my favorite pick is impossible to photograph.  Can you believe the two photos below are of the same fabric?!? And neither is accurate! 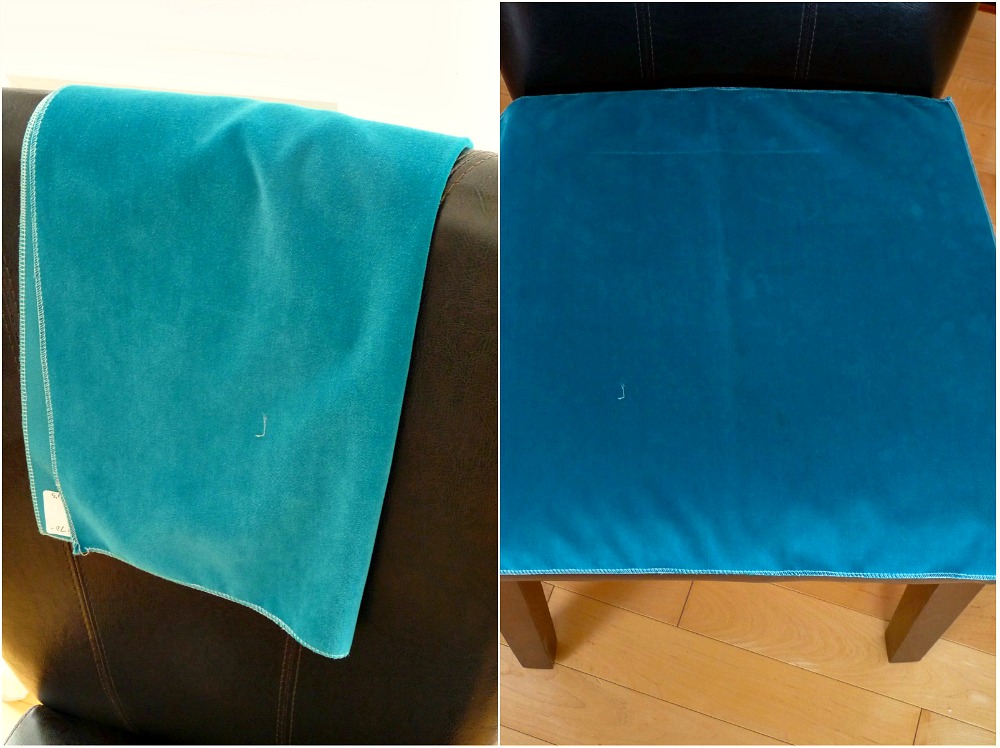 In real life, it’s similar to this one but a tiny smidge more blue:

To be sure I’ll like the look (it’s easy to love a swatch, after all, but a whole chair is another story), I rounded up some inspiration.  Why have I never considered velvet before?

What was the runner up you ask?  In the store I fell in love with a pale turquoise, almost robin’s egg blue that reminded me of this chair . . .

. . . but once home, it really dominated the space and made our artwork look dull!  It’s also a lot bluer than the turquoise art and accessories we have, and so it clashes a bit.  It also has such a crazy sheen that it almost looks bridal.  It photographs really nicely though.  I kind of want it more as I type this . . . 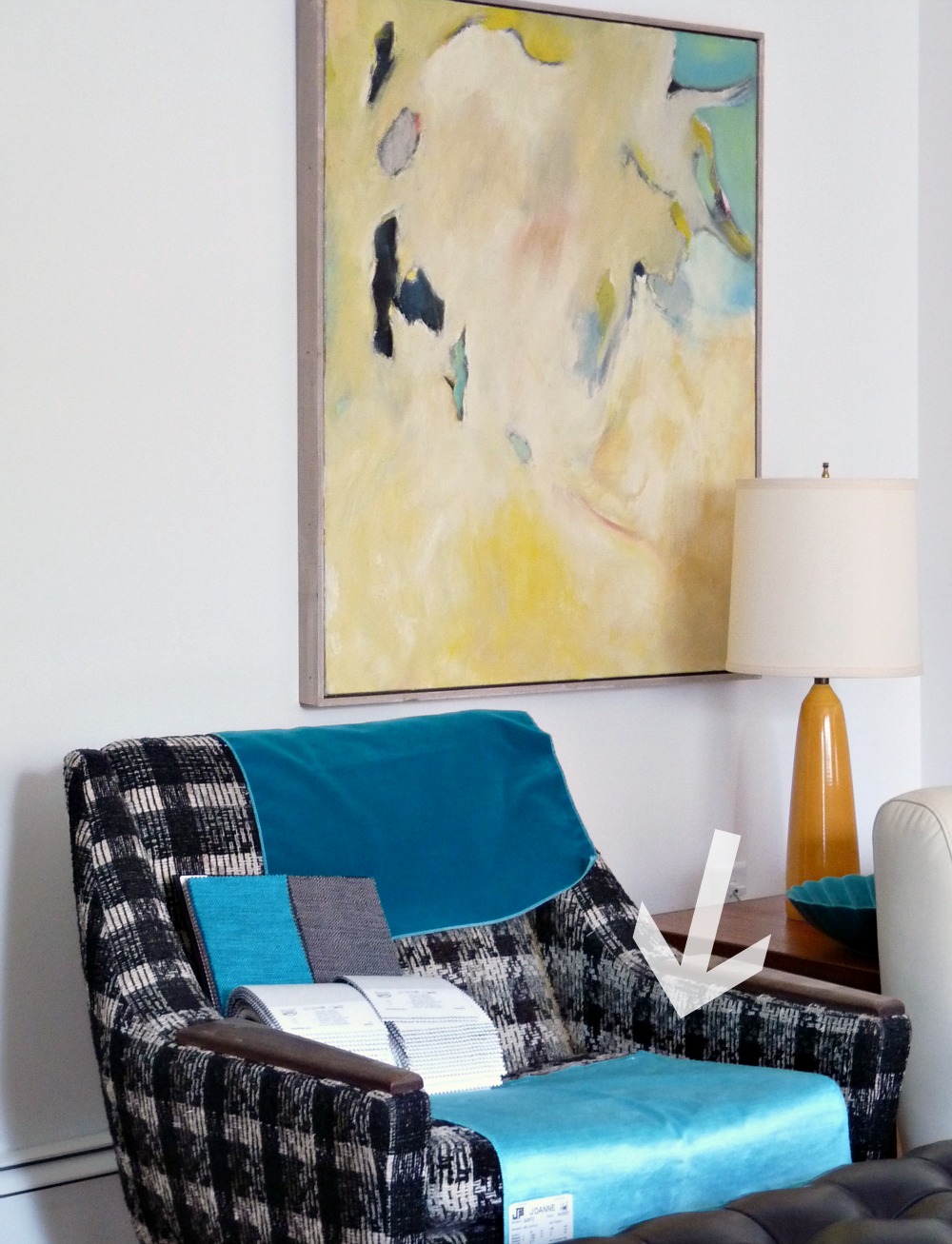