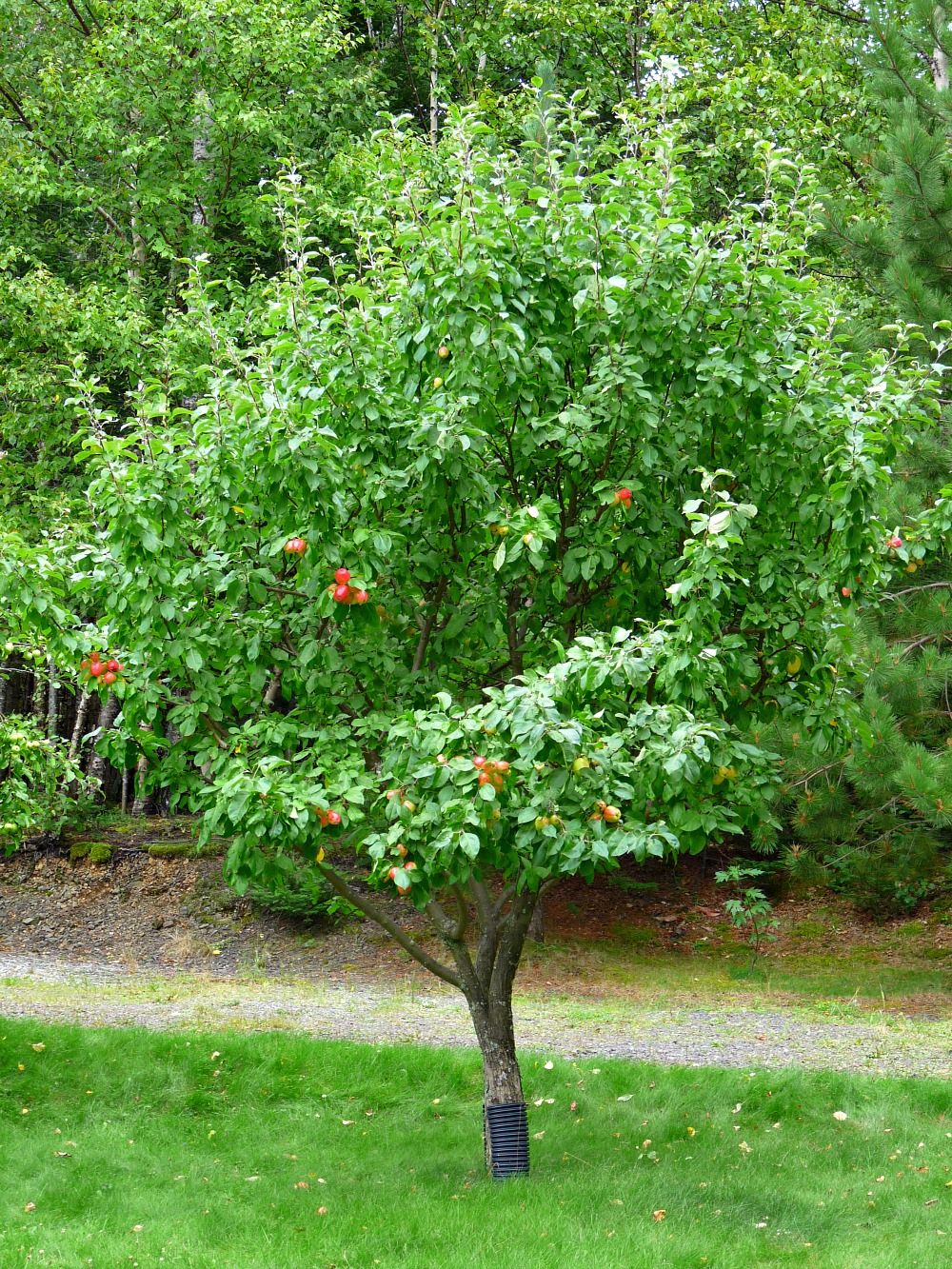 In my case: apples, from the apple trees in our yard that reportedly lure the bears on to the little lane between our house and garage.

Things are looking sufficiently messy at the lakehouse, but with my parents’ help I’m making progress.  All of us are afraid of heights, but my Mandelbaum Mom braved her way up the ladder to the scaffolding, to prime and paint that beam and those top windows (will she comes back to clean them every spring too?). 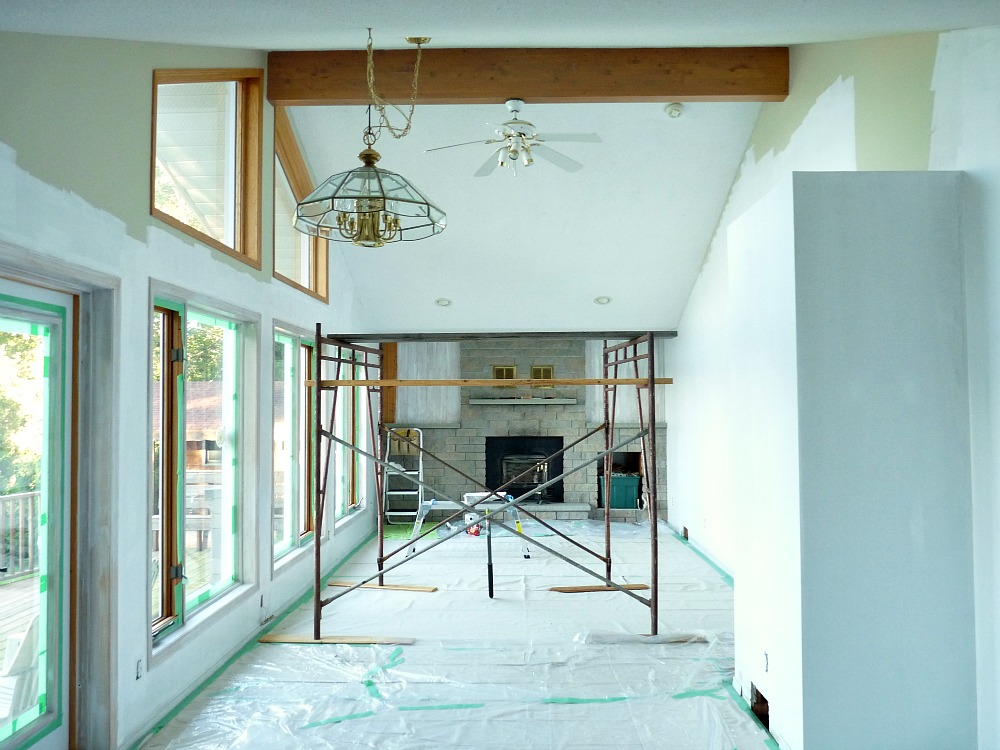 The lakehouse is still a jumble of half-finished projects and drop cloths, but I thought first I should really tell you a little bit more about where the lakehouse is anyway.  We’ll soon be relocating 1500km from Ottawa to our rural property on Lake Superior, about 60km from Thunder Bay, my hometown.  I don’t think I shared the little tidbit that our lovely lakehouse is in the sticks.  For those who aren’t familiar with it, Thunder Bay is a small city of only 109,000 people.  It’s surrounded by a lot of beautiful scenery and populated by a lot of Finns!  It’s also a hop, skip and a jump from the USA border. 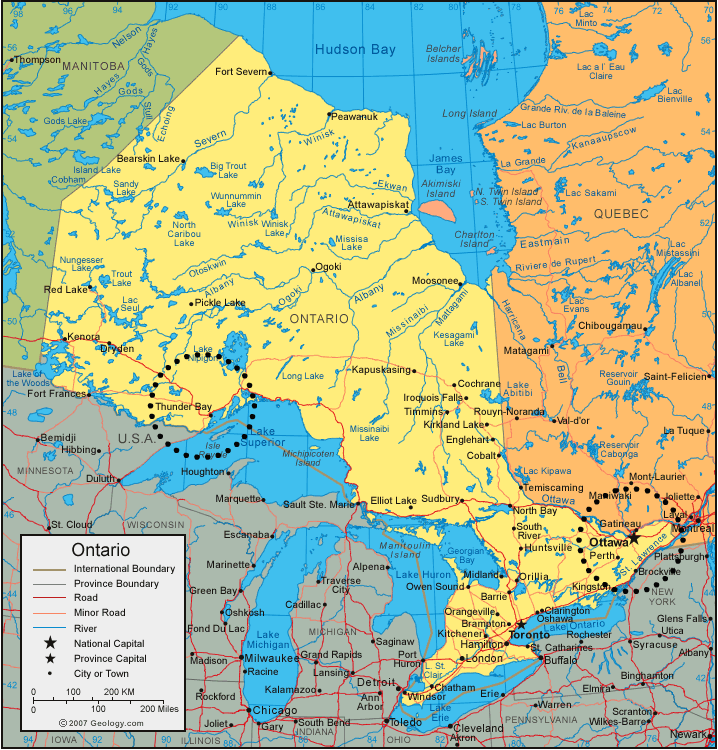 The hour long drive from town (including 10km on a dirt road) is new to me, as is the total quiet, and dark, at night.  I’m a city girl who is kind of really afraid of the woods at night so the abundance of forest around us is unnerving.  Country living in it’s entirety is a huge adjustment for me, but I’ve already found new hobbies, like my daily “chase the geese away” run, done while making squawking sounds (the buggers don’t jet if I just yell at them, they want the squawk).  I need new hobbies like this, though, as spray painting season has been cut short for me (it’s been dipping down close to freezing temperatures at night, and quite chilly during the daytime).  Living in this part of Ontario, I’ll have to get used to the colder temperatures, plus the copious amounts of snow. 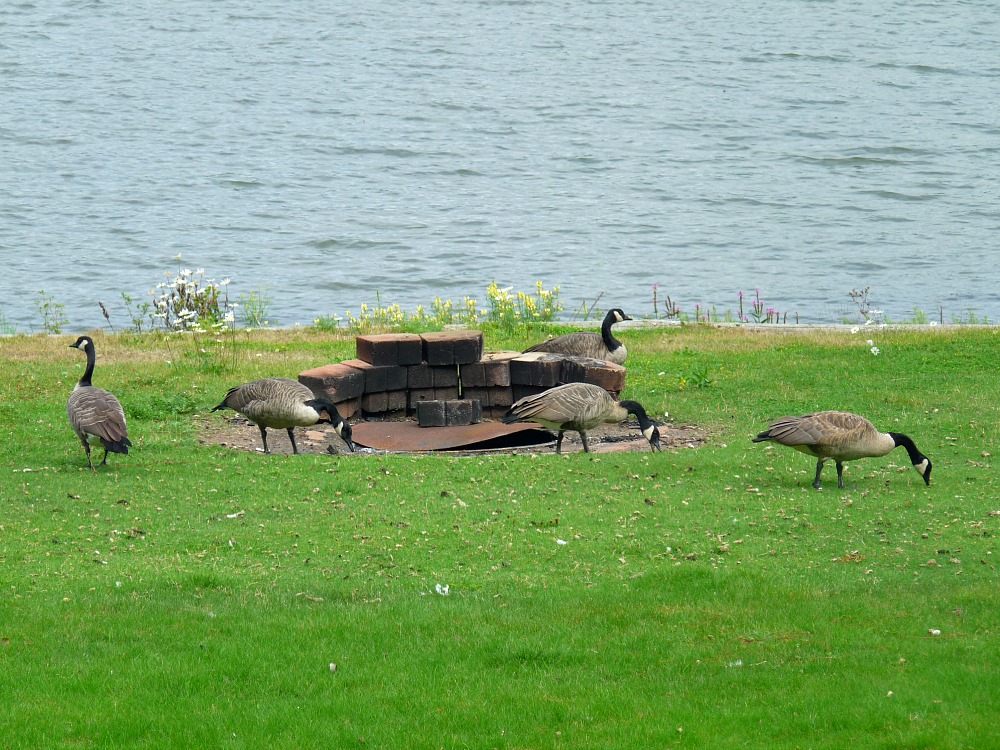 Hubs grew up in a small town outside Thunder Bay on 80 acres, so he’s used to
living in the country and relishes the things that creep me out (the dark, the woods, the total quiet).  As the only authorized “country folk” in the house he’s also been setting rules, like “don’t feed the wild animals,” but are they that wild when they saunter straight into your house if the door is left open?  And what about if they eat muffin pieces right out of your hand while you’re outside taking a well deserved break? 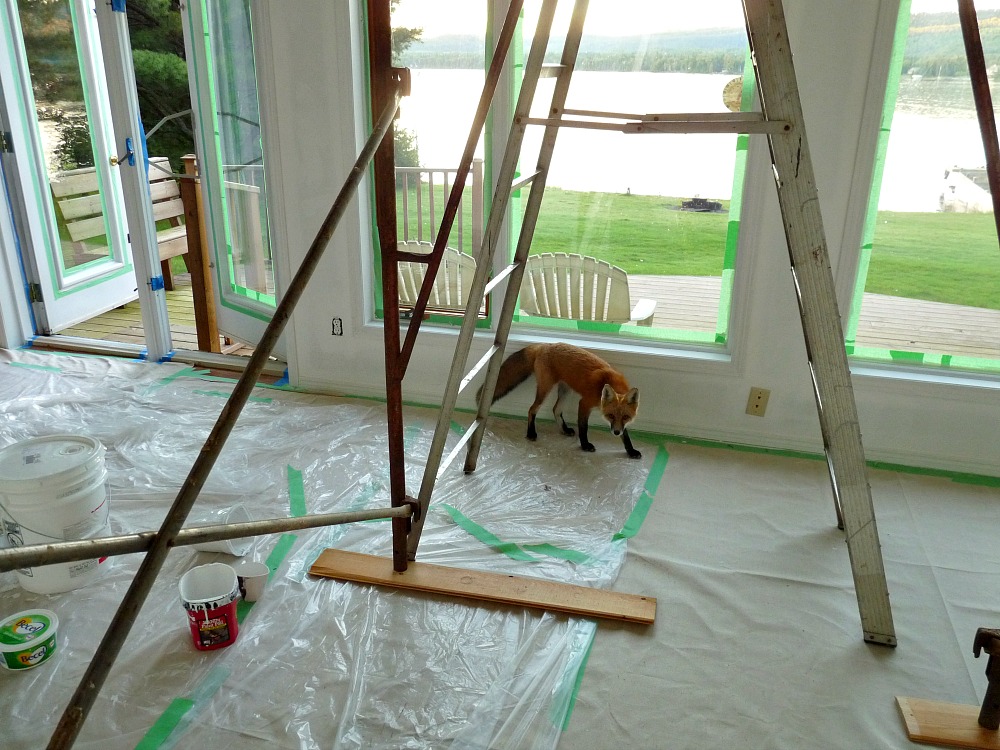 And does it count if they are this cute?  I think I might get used to the country pretty quickly with Foxy Fox, Shifty McGee and Fatso (my three neighborhood foxes) around. 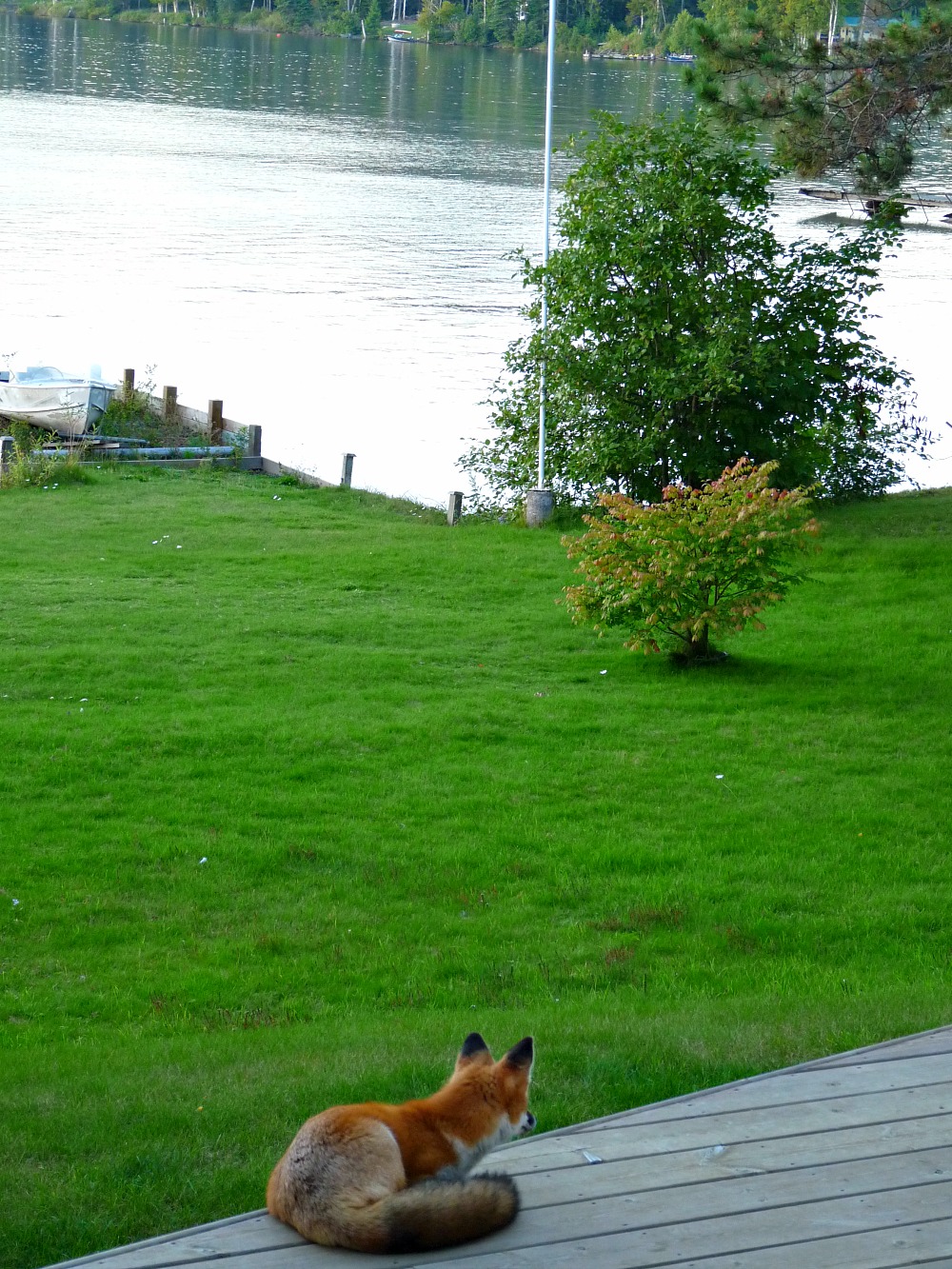 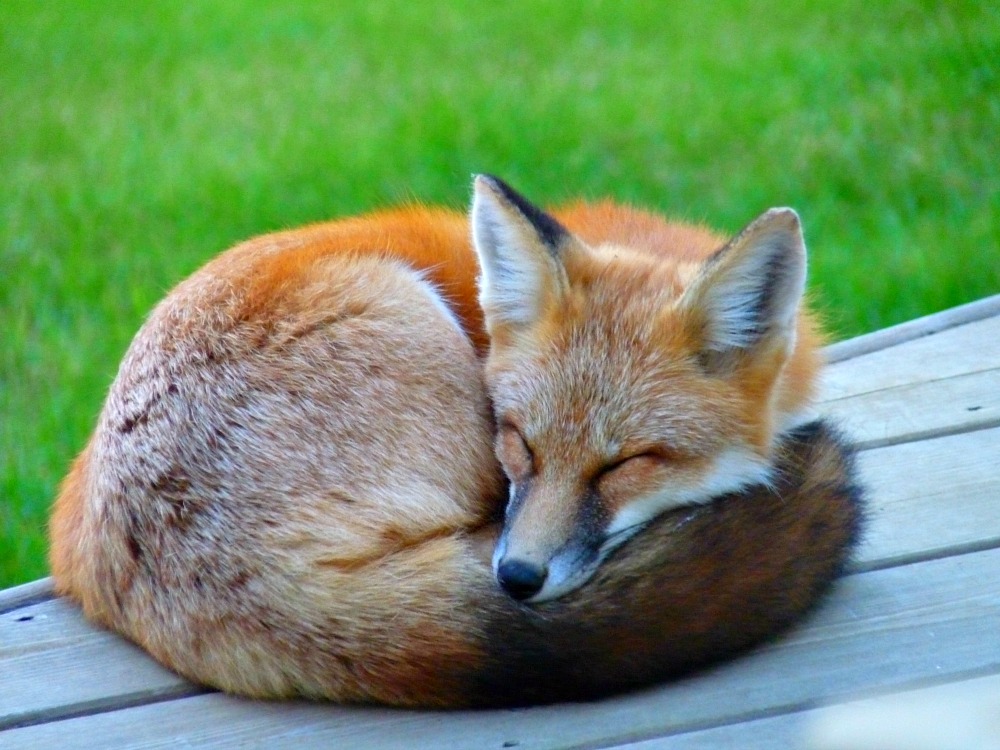