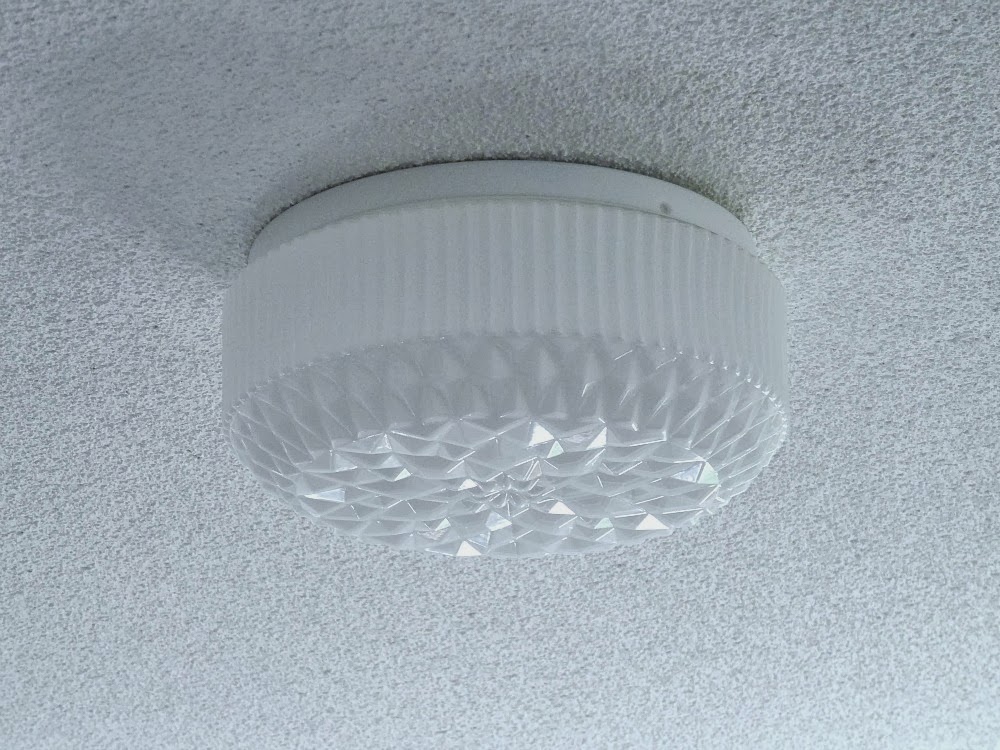 Painting has been taking longer than planned, but the living room/dining room, bedroom, office and hallway walls, ceilings and trim are, finally, all painted a crisp white.  Although there are more rooms to be painted, now the fun can begin and we can start to put some of the rooms back together.  First up: lighting!!  Remember I spotted the pretty and ridiculously inexpensive Vanadin light fixtures at Ikea?  I went ahead and bought one for nearly every room, to replace the assortment of boob fixtures that were there.

After my Dad installed the first one, with many, many expletives, I heard him bellow from the other room: “don’t f%&*ing buy any f#$%ing more of these cheap f%*&ing light fixtures”.  I could do nothing but stare at the stack of eight other Vanadin light fixtures I had transported the 1600kms from Ottawa.

What makes them enrage my Dad so much?  Well, they install weirdly (with a zip tie, I kid you not), and they refuse to lie flush against the ceiling.  Normally light fixtures are affixed to the electrical box with two points of contact for security and stability.  This fixture attaches with a zip tie in the middle and is then screwed directly into the drywall, for a less secure and less snug fit.  The icing on the cake: the screws required were not included in our package, which is really inconvenient when the nearest hardware store is an hour away. 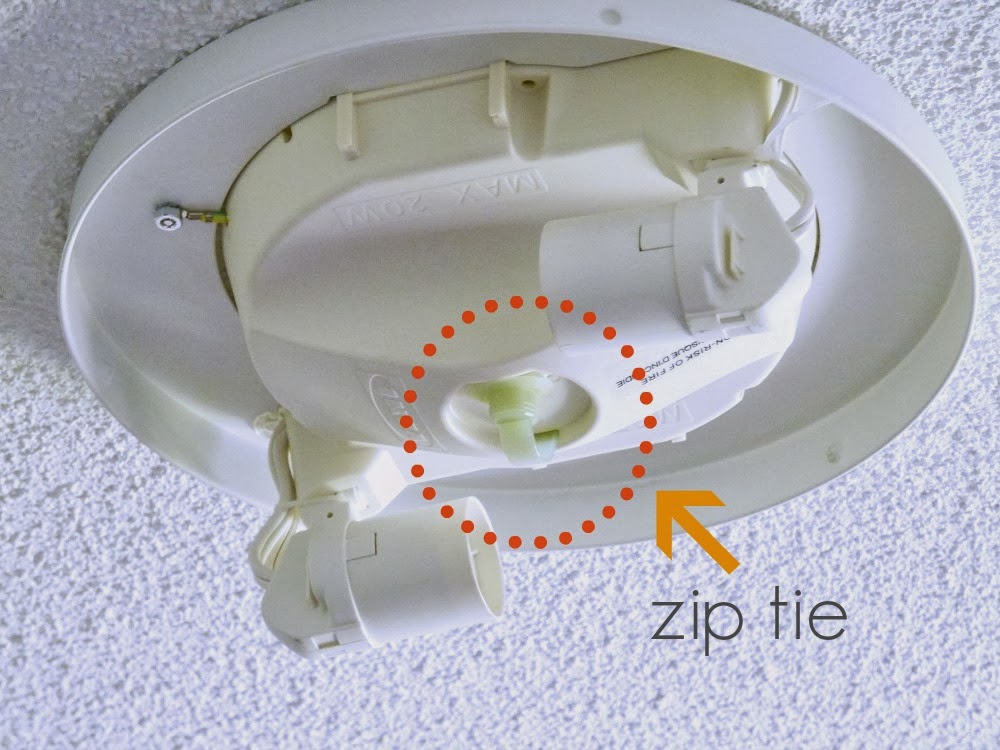 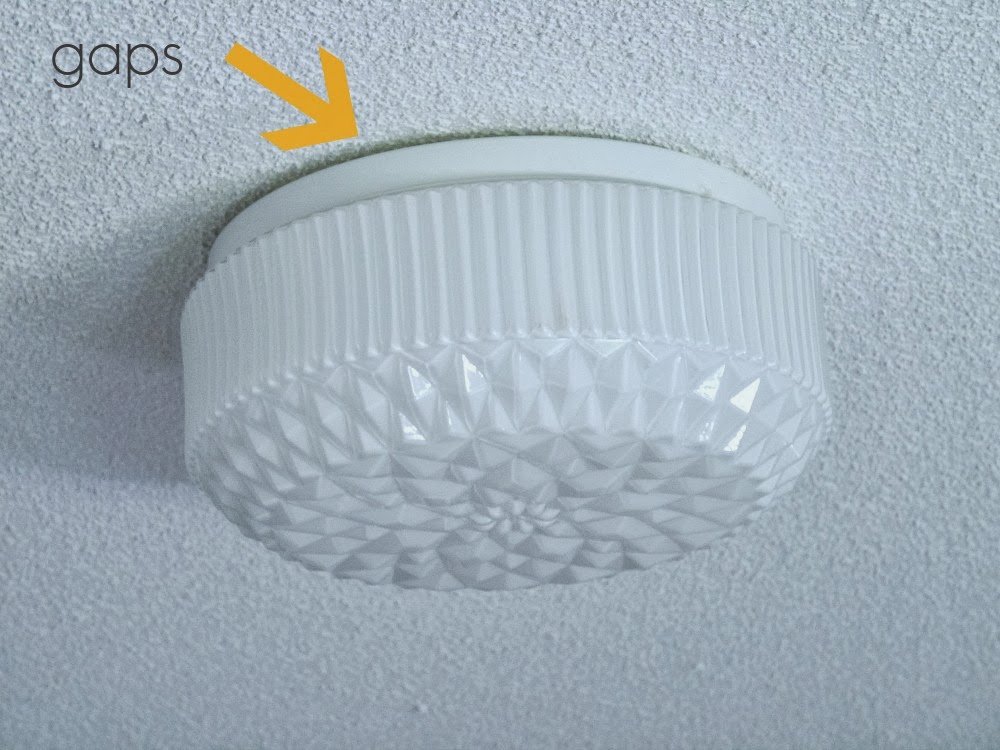 At the end of the day, although the glass looks as amazing as I thought it would, the base is poorly made.  But for the price ($24.99), I’m still not complaining.  Although there are indeed a few gaps along the ceiling, the fixture and the ceiling are both white so I can’t really tell unless I look closely.  All I can see is how beautifully the facets catch the light.  They kind of twinkle/sparkle and they look more high end than the price tag suggests.

Frankly, I would put up with a lot less quality just to avoid waking up to what was there before: 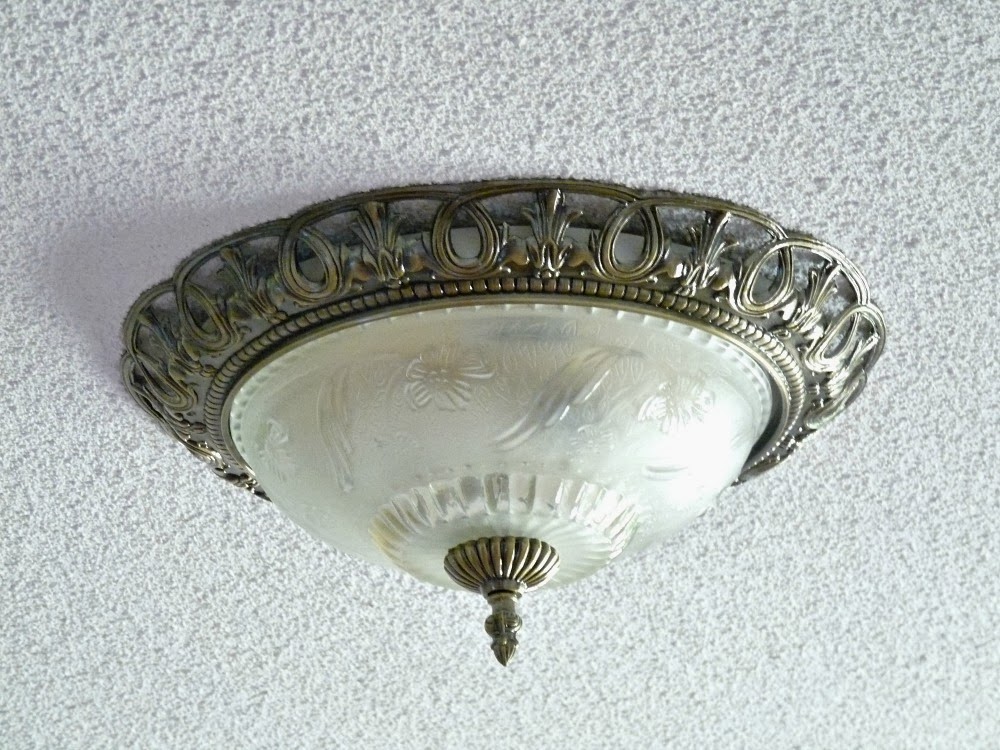 Although my Dad and the Vanadins had a rocky start, my Dad says that once you get the hang of the weird installation it’s not so bad.  So we’re spending Thanksgiving Monday installing some more and painting more rooms (don’t I have the best parents?).