I had such a struggle finding winter parkas designed to fit pear shaped women – stylish parkas for wide hips are difficult to find!  And I needed one – immediately.  Moving back to Northwestern Ontario sees us contemplating a long “to-do” list.  Among the many unchecked items is getting prepared (again) for harsh winters.  In the years since we’ve been gone from the region Hubby and I have lightened our winter attire.  We’re pretty glib about Ottawa winters and have spent the last four winters in fall-weight coats and un-insulated boots.  I actually get cold easily, but it’s been a weird (and stupid) source of pride for me to say, “Oh, this is my winter jacket.  I don’t need a hat.  I’m from Thunder Bay. This weather is nothing”.

I don’t know why I’m a jerk sometimes.  And about the weirdest things.

Maybe the truth is we hate shopping for outerwear because in addition to being skimpy, our “winter” clothes were falling apart at the seams.  Begrudgingly, we recently schlepped from store to store and each bought a seriously toasty winter coat and a pair of winter boots.  Hubby had it much easier: walk into store, try on three coats and pick one.  Done.  Walk into another store, try on two pairs of boots and pick one.  And he looks as handsome as ever in his new gear.  I, on the other hand, had a ridiculous time finding a winter coat that would actually zip over my wide hips and not be uncomfortably over-sized on the top.  Desperately I Googled “warm winter coats for big hips and smaller chests” with no luck.  Instead, I tried on what feels like a hundred different coats until my hair became pure static.  Honestly, it made me feel like crap about my body.  When I finally found a good short list of coats that fit trimly through the torso with a little wiggle room in the hips, I decided I’d post my own list for anyone who might be having the same struggle.

One caveat: none of these are cheap coats, but I needed to find a seriously warm coat.  Thunder Bay has had winter weather as cold −36 °C, with a wind speed of 54 km/h for a wind chill temperature that dipped to −58 °C.  Unfortunately, Szuka has her own, naturally toasty fur coat and loves the snow – she will not accept a cold, blizzardy day Robert Munsch would write about as reason enough not to go for a walk.

The first contender was the Columbia Madraune, a 80% duck down/20% feather parka (in black or a mushroom-y greige hue).  It has Columbia’s “omni-heat” reflective lining that apparently reflects body heat back toward the wearer.  It’s soft and warm, but nipped in at the waist so it doesn’t feel bulky.  I found it was cut generously through the hips.  I liked it (it was also the cheapest: just over $200 in-store), but was told by the store staff that while it is certainly a good parka for chilly winters, it won’t do for epic cold.

My favorite was this teal North Face Metropolis parka and I think you know why!!  I tried this on a million times and each time I lovingly admired the colour.  It was cut boxier than the Columbia parka, but still wasn’t bulky on top, even though it zipped easily over my derriere.  It was also a lighter weight coat, but I read some reviews on Amazon and gals in the UK have gone gaga for it – so I think it can handle pretty chilly weather.  The only drawback was that not all of it was lined, and Hubby convinced me the wind would whip off the lake and tear right through the seams of unlined quilted areas.  I think he’s right, but the colour!!  There were actually a few styles of North Face parkas that fit me comfortably, and dozens more online that looked like they would also fit wider hips.  They have a lot of stylish and colourful options and I think it’s worth taking a look if you have wider hips and struggle to find a winter coat.

I actually found quite a few listings on Amazon for this coat, if you can’t find it locally.  This seller has a bunch of sizes and colors. 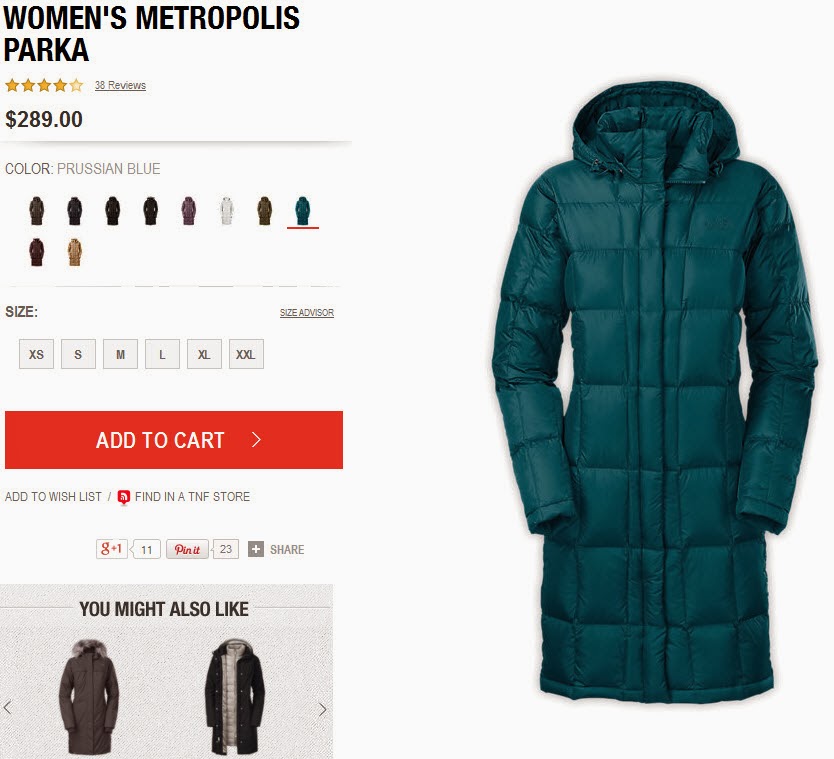 I actually bought and returned this Lole Andorra jacket.  Again, the salespeople just shook their heads when I told them where I was moving and asked whether this would be warm enough.  I found one review online that indicated that while the body was warm, the sleeves of the coat weren’t insulated enough for extremely cold temperatures.  It felt super cozy to me and the green was really pretty (it comes in grey too).  I especially loved the clean lines of this coat.  The problem I had with it was that it was a smidge snug on the hips.  With pants it was fine, but I wanted the option to sneak some snowpants underneath for longer walks and general country-bumpkining.  For a town coat, though, this would have worked perfectly. 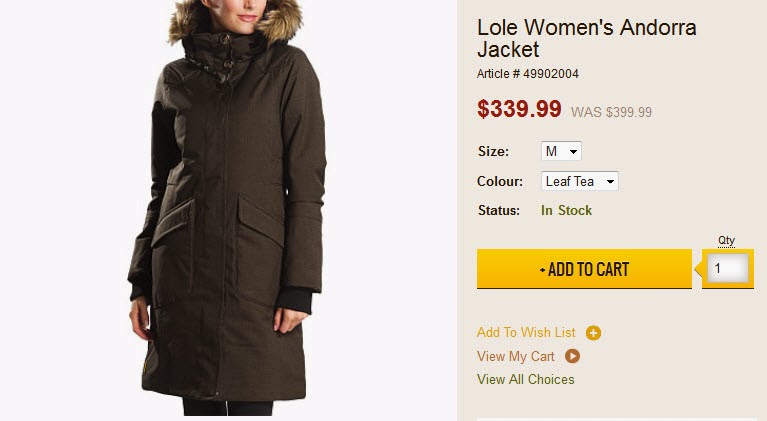 The Parker Fit for Wider Hips That I Chose

The Patera Parka by Arc’Teryx is the coat I decided on because salespeople (and online reviews) were unanimous that this coat is WARM.  It has European goose down, so it’s cozy, but also has a durable Goretex exterior that can stand up to wear.  It’s simple enough that I can pair it with snow pants and frolic, but also wear it with regular clothes for my day-to-day comings and goings.  I almost fainted when I saw the price, but I’ve pledged to wear this, and only this, for many, many winters to come.  I already went for a long walk in it and I did stay really toasty, but the best part is this coat isn’t bulky or cumbersome.

UPDATE: After years of wearing my parka, I lost 50 pounds and needed a new winter coat.  I bought the exact same coat!  I lost weight, but my body type stayed the same so I went with the coat that fits my hips.  I bought a size M and then gained a tiny bit of weight back so it’s a bit snug in the photo below, but I wanted to share because  I think buying the coat twice is a good testament to its comfort and warmth!  (Literally the only reason I have a photo of myself is because I wanted to share my $20 bubble lamp find on Instagram, lol.) 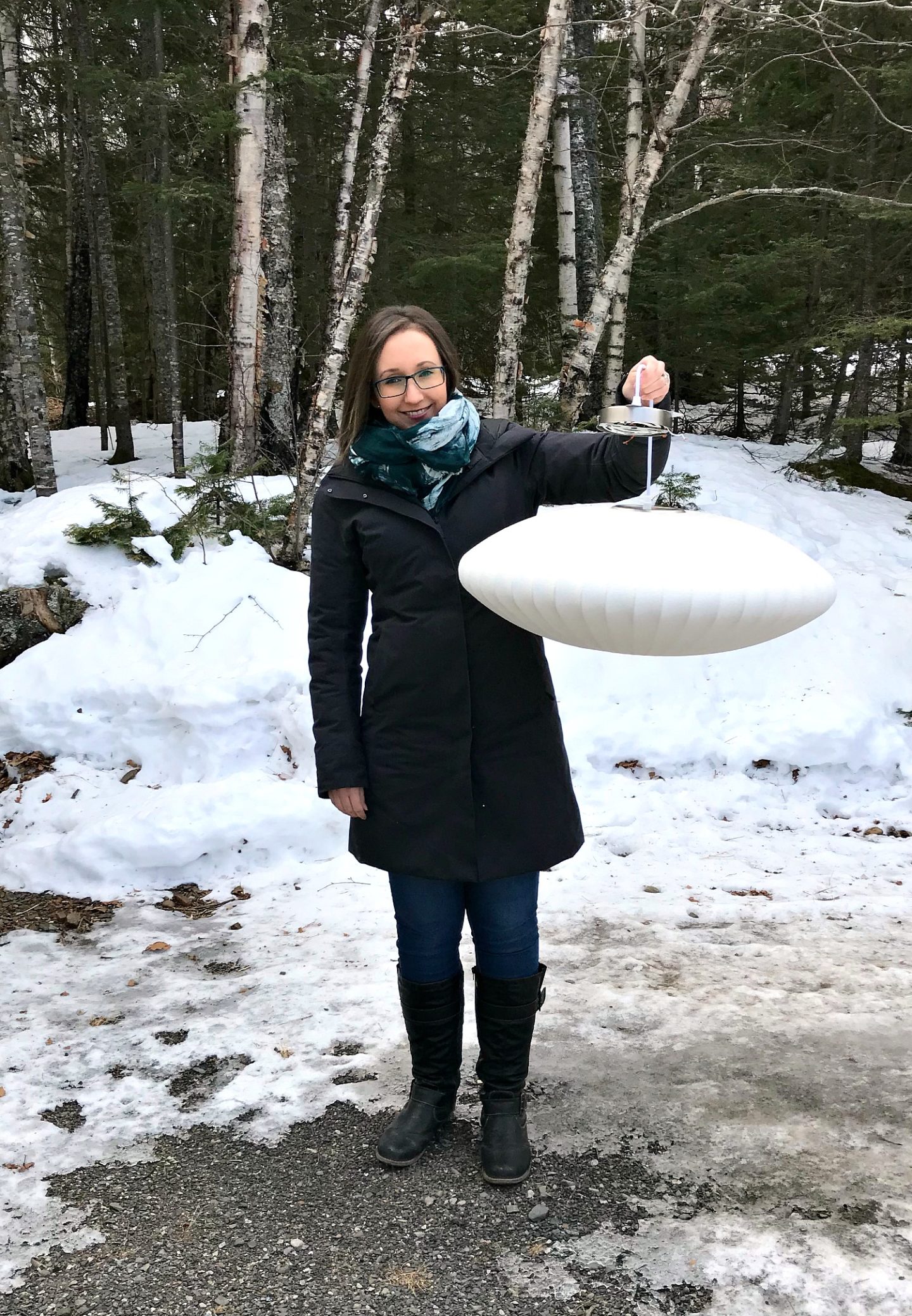 I found it incredibly frustrating to try on coat after coat obviously not designed for my body type, and if there’s anyone else with a pear shape I hope this short list of parkas for wider hips helps a little.  At least know I’m frustrated along with you – but there are a few good options out there, I promise!  I’m happy now: 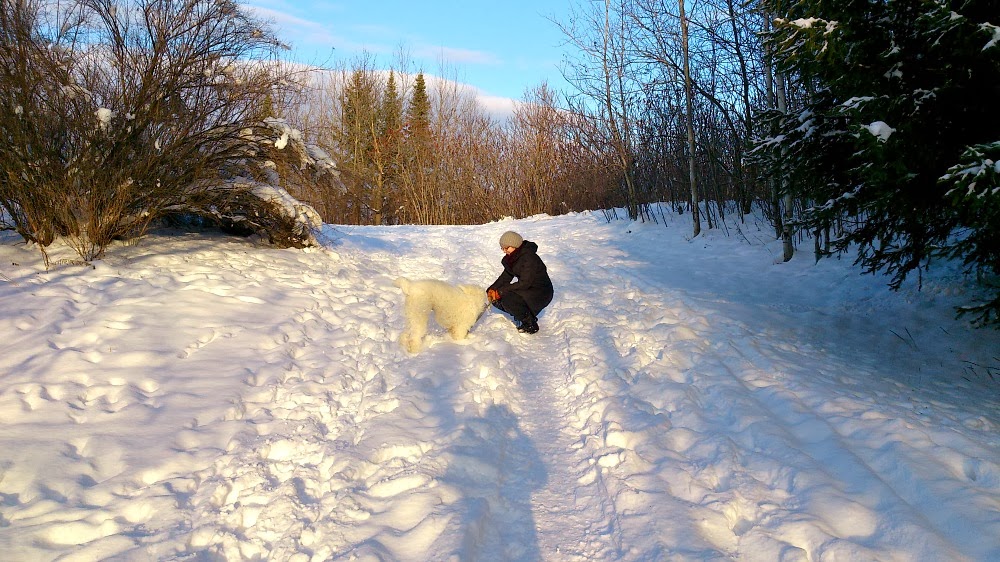