We have moved.  Officially.  Actually.  Completely!!  Since buying the lakehouse in June, our lives have been in limbo.  What we thought would be a quick sale of the townhouse turned into a drawn out, deeply disappointing experience that, for a long time, had no end in sight.  We tried to stay positive, but sometimes we just felt so glum.  Some of our family members were insatiably curious, repeatedly asking when we’d be moving.  We didn’t know how to explain to them that each time they asked, it stressed us out.  Even when we eventually did sell the townhouse, we were unconvinced we’d actually move.  We were so sure we’d hit some kind of snag.  On Wednesday, with the closing date days away, we headed down the driveway to fetch our rented U-Haul truck.  I mugged out so badly on the ice that I sliced open my hands.  When we started loading the truck an hour later, my bleeding cuts slowed my packing contribution but I refused to let anything get in our way.  We were so close.  The kitty who looked like he was manning the front desk at the U-Haul pick-up did much to lift my spirits.  I laughed a little too heartily about Counter Kitty all day. 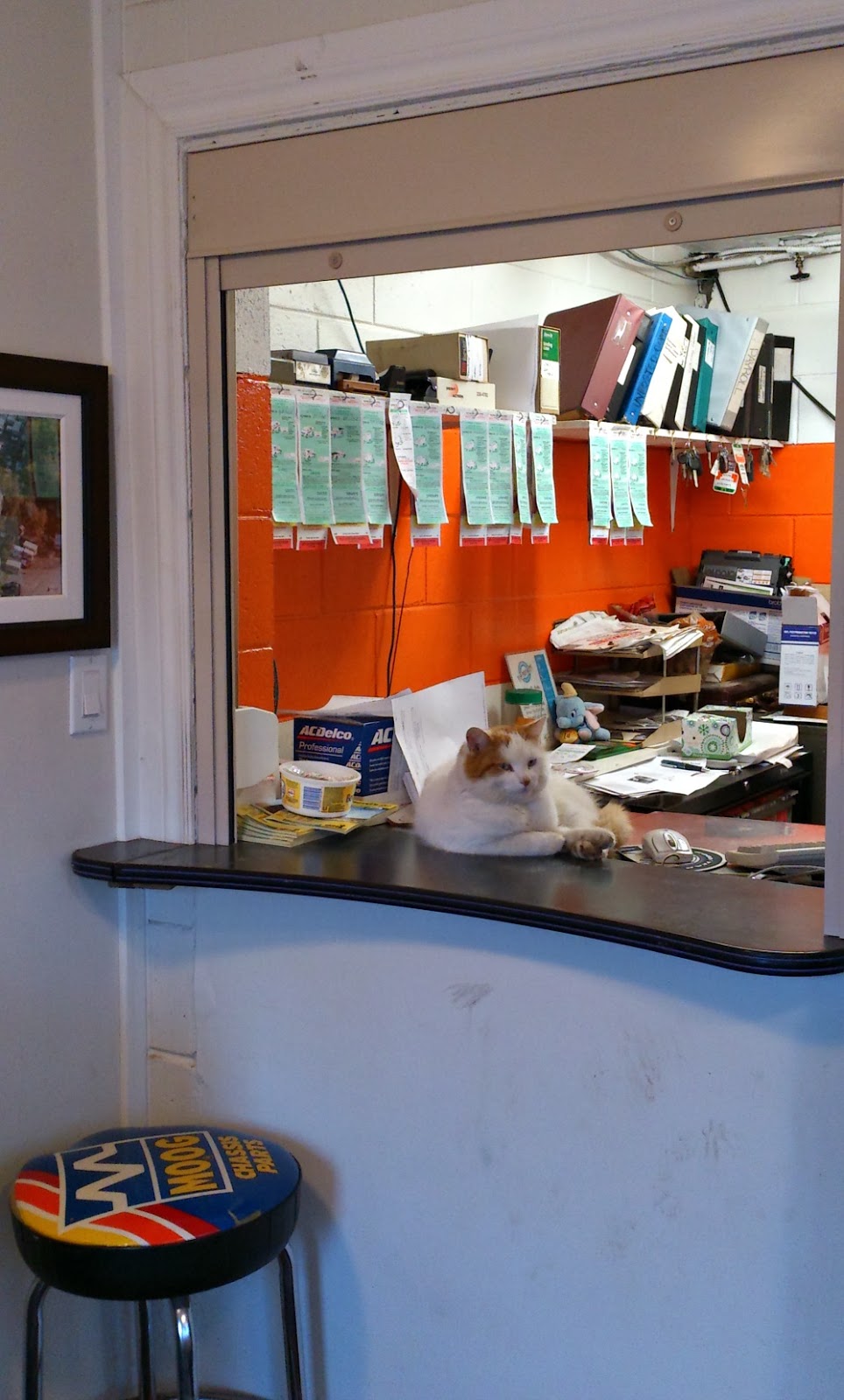 We hired a young guy from the local classifieds to help but, even with an extra set of hands, loading all of our possessions took more than 16 hours.  The loading bled into our travel day which, coupled with inclement weather, turned a two day drive to our new home into a three day marathon.  Hubby deftly navigated the giant the U-Haul truck and towed a car carrier with Charlie.  Szuka and I inched behind in our Versa. 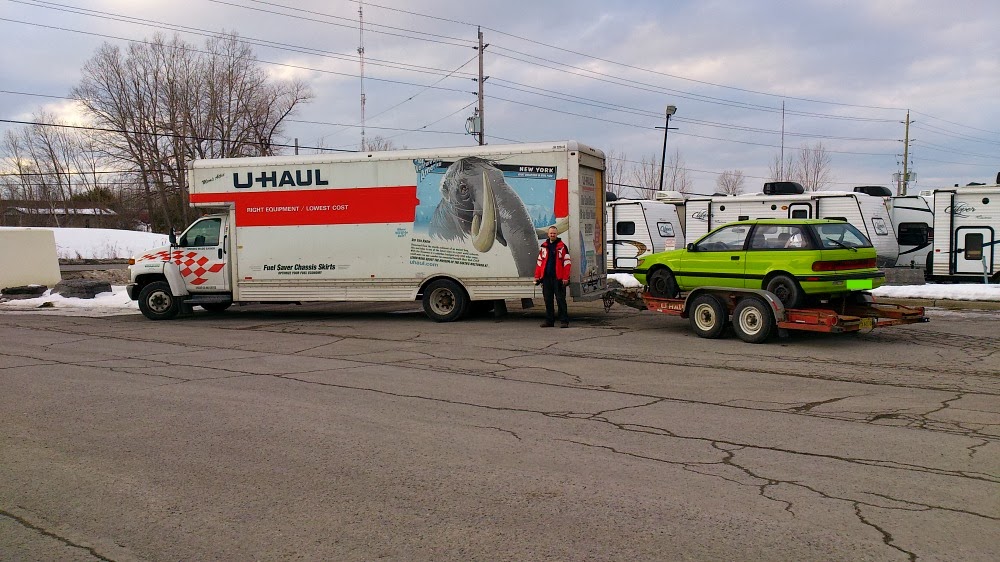 We filled (to the roof) the 26 foot U-Haul truck you see above.  It was so full, we had to
push everything back and pull the loading door down quickly to close it.  I don’t think anything really shifted during the journey because it was wedged in so tightly.  Where did all this stuff come from?!? 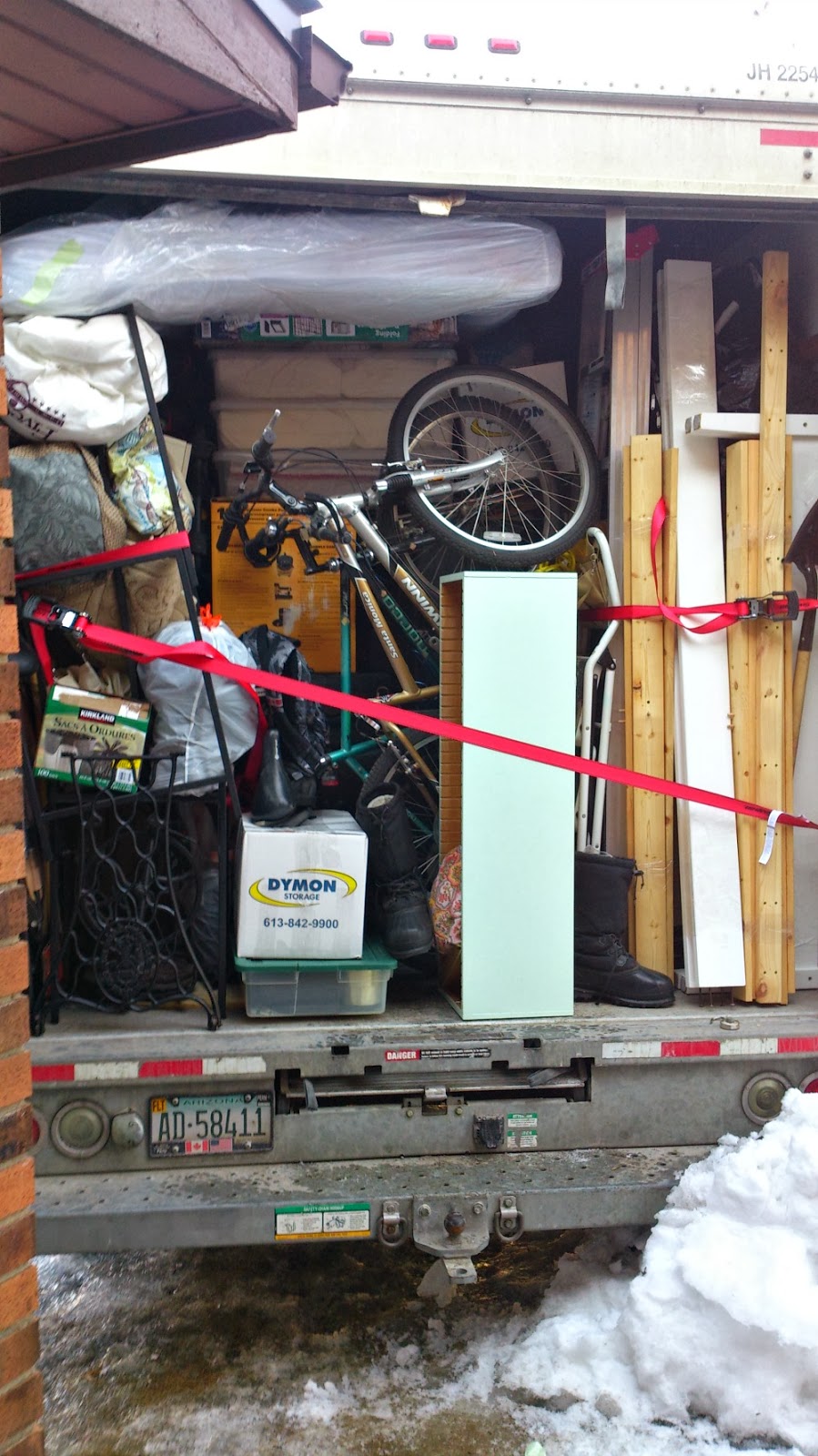 Happily, on Sunday we finally reached the lakehouse and unpacking happened so smoothly!  The house was just as we left it, except for two important changes:  my parents had spent three days clearing a winter’s worth of snow from the driveway and had trudged deep into the yard to string white lights on one of our trees.  Such a sweet sight.  With their help, plus the help of a friend, we shoved a lot of our stuff in the garage so we can start getting organized without feeling walled in by boxes.  When the last box made its way out of the U-Haul, we felt like a giant weight had been lifted from our shoulders.  We had finally moved on, and were finally home.  I’m looking forward to unpacking, getting settled (getting organized!) and tackling the lakehouse.  Life is good.