When I opened my Instagram account a week ago, I decided that it would be a fun place to share thrifted treasures and vintage finds.  But my most recent find is too juicy not to share here as well! 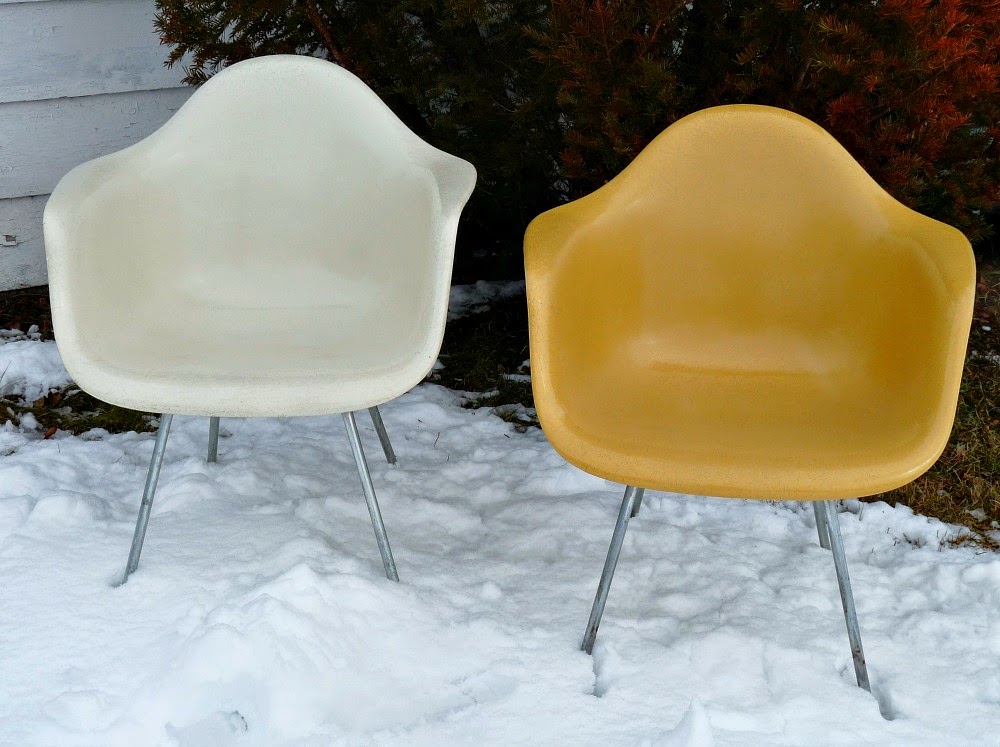 I was trolling kijiji last week and spotted a pair of chairs described as “retro-style plastic chairs”.  From the picture they looked just like Herman Miller Eames DAX fibreglass chairs, but there had been 98 views and the ad had been up for 16 hours.  I thought it unlikely that they were the real deal but, if they were, I figured they had been snapped up already (especially for $15 each).  Just in case, I sent the seller a message saying I’d love to buy them and could pick them up at her convenience.  Surprisingly, they hadn’t sold. When I arrived at the seller’s house, it was apparent the chairs were fibreglass, not plastic.  So, yay! 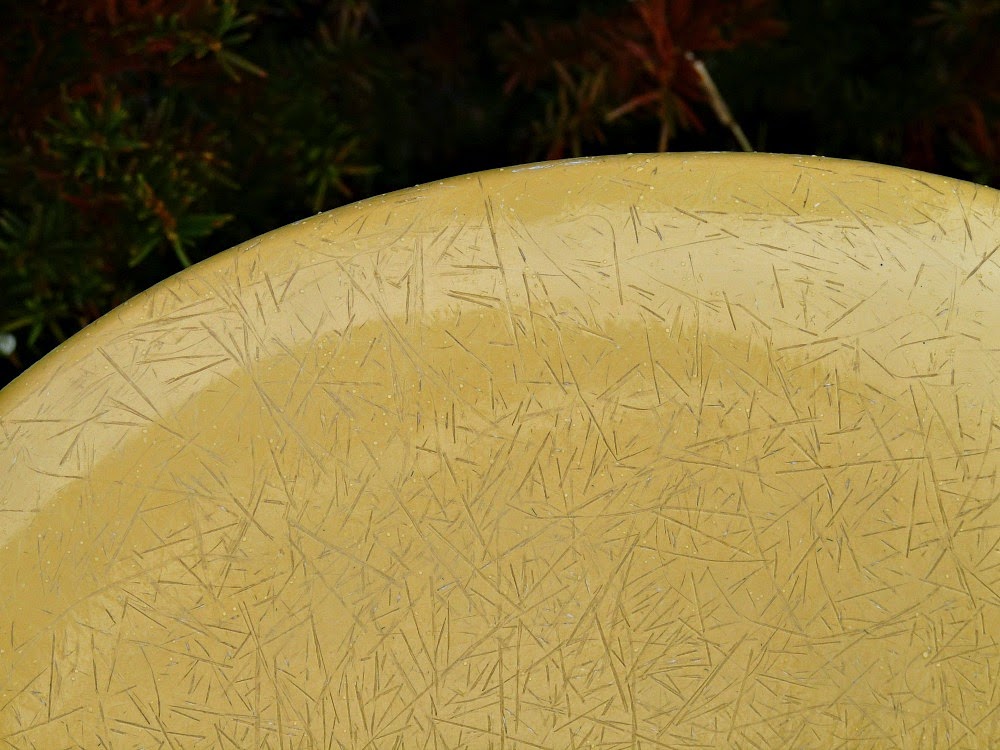 They were in excellent condition (just dirty and smudgy), except some of the plastic feet were missing and mismatched.  I handed over the cash and we scurried off with them.  She told me 10 other people had expressed interest, but no one else had been willing to drive through the snowstorm to pick them up.  As we loaded the chairs into my truck, the Herman Miller embossed logo (along with paper labels) were abundantly clear – along with the distinctive shock mounts and H-base!

This might be my best find to date (although the velvet chair and krenit bowl are close contenders). 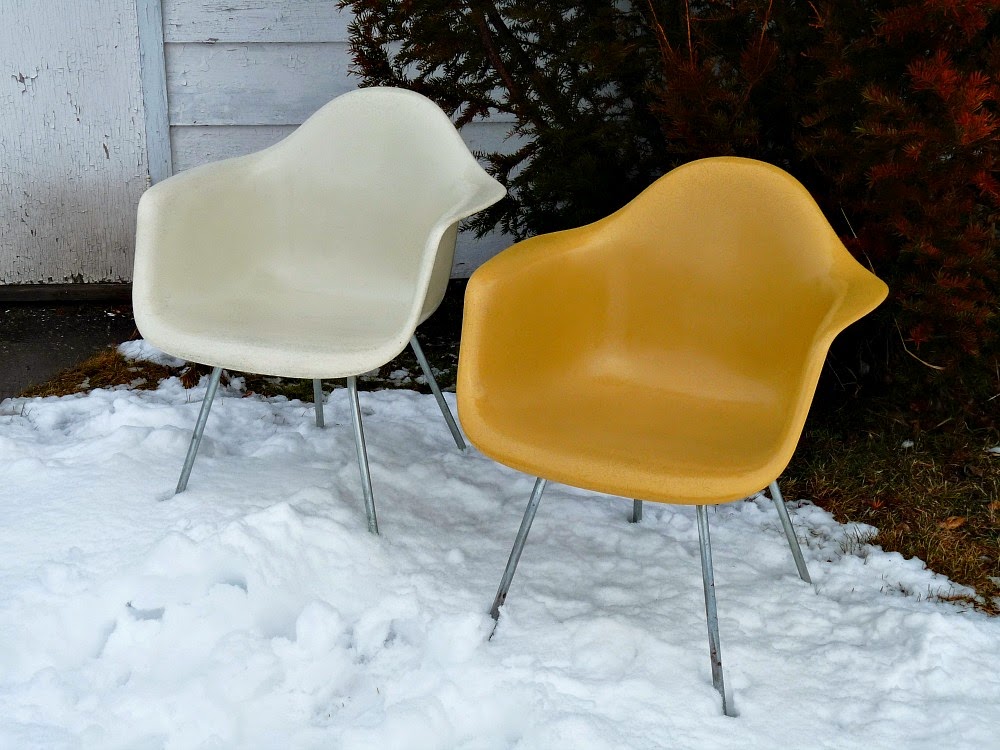 I’ve done a little sleuthing but I still know so little about these.  The one on the left has the Herman Miller embossed logo, a double triangle (not pictured), as well as an embossed flame.  I haven’t been able to figure out what the flame means (others also seem stumped).  I believe the triangle signifies the manufacturer – Summit Plastics.  The paper label has patents, with the last one issued in 1958.  It’s translucent, but the one on the right is not.  The right one also has the Herman Miller embossed logo, the double triangle (not pictured), and an S inside a circle.  It has a stamp that reads, “Summit, 3, Prime”.  So they both seem to be manufactured by Summit.  The paper label has a piece missing, so I can’t see the last patent to Google what year it was issued. 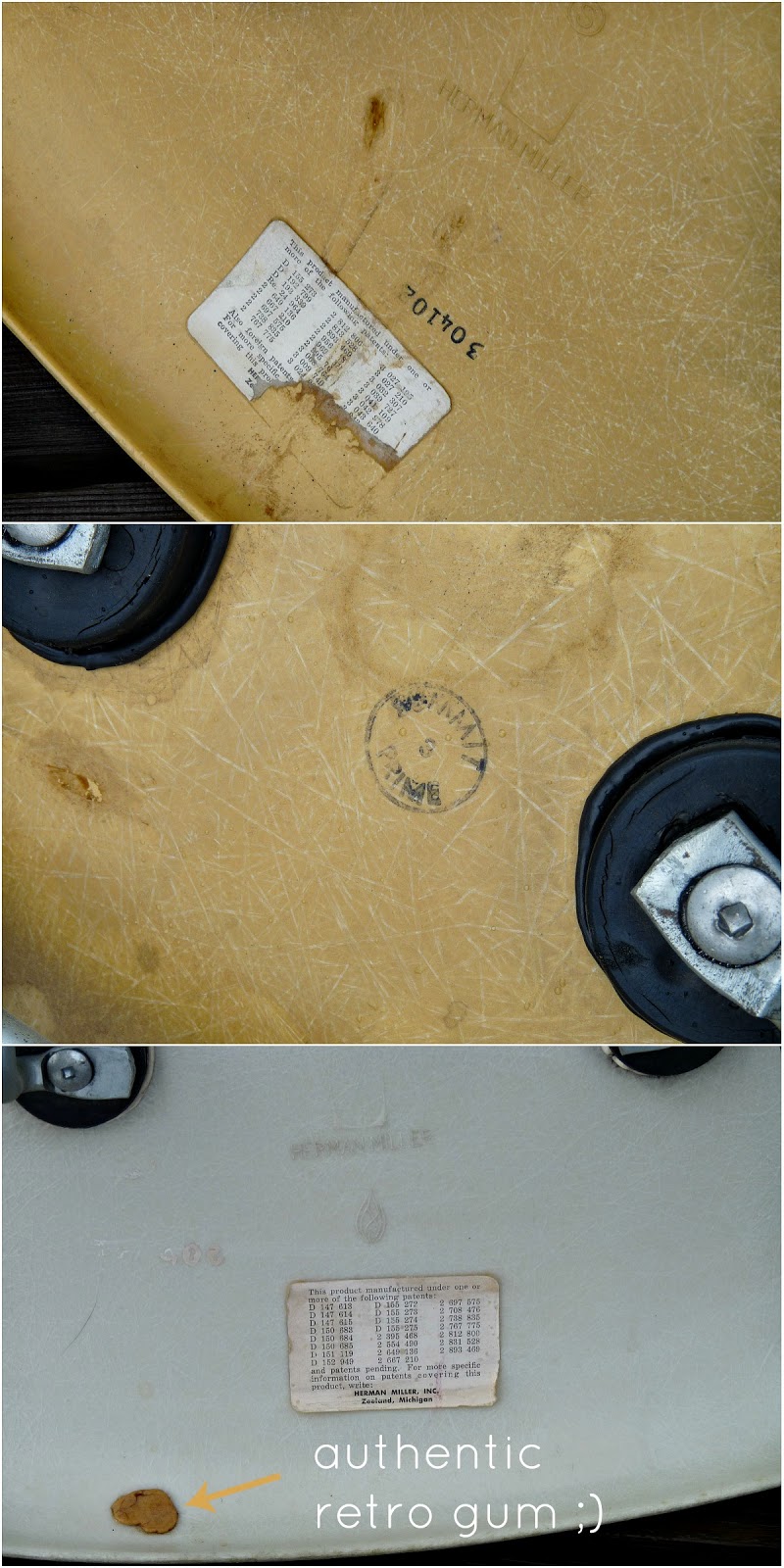 My uneducated guess is that these are from the (late?) 1960s, most likely the 1970s – they look a lot like these and a little like these these on Ebay.  I read on a forum that Zenith Plastics was the first manufacturer (which I knew), that Cincinnati Milicron was the second, and Summit Plastics the third (before Vitra), but I haven’t been able to find info on when each company produced these chairs.  What I do know is that this pair came from a hospital that closed down awhile ago.  My heart hurts thinking about how many others there might have been, just waiting to get taken home (for free, or next to nothing, I imagine).  I wonder how many ended up at the dump . . . try not to think about it.  At least these ones have a good home (and by “good,” I mean mine).  They’ve been given a preliminary cleaning, but they need a good clean, the metal needs a little polishing, and I need to order new feet.

I’m so thrilled.  The snow that fell last week wasn’t a dusting, it stuck around and I’m just so over winter.  It was funny after the fact, but when I first got my truck stuck in the snow I burst into tears of frustration (it took three hours of shoveling, I went through a lot of emotions).  Ridiculous, I know, but other people I’ve spoken to feel really beaten down by just how much snow Thunder Bay and area have gotten, and how it’s still falling.  I really needed a silly little pick-me-up, and these fit the bill.  You know, I’ll happily put up with copious amounts of springtime snow if it means I can scoop other treasure hunters. 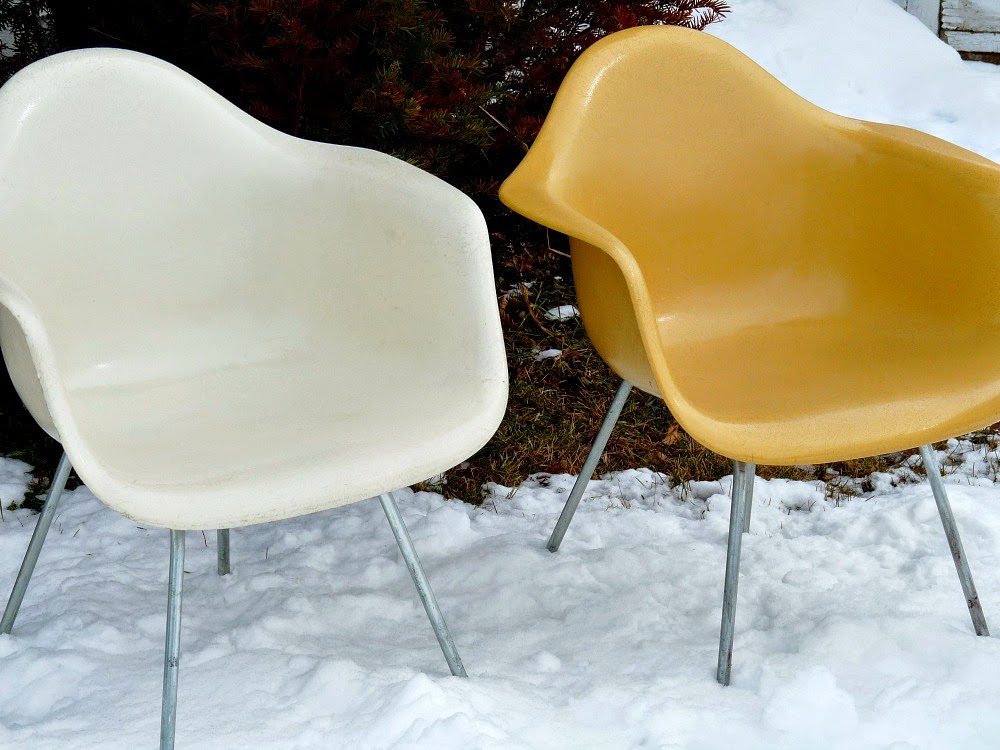