It’s that time of year when we think of baby animals and their infinite cuteness – so it was serendipitous that I recently received a photo of Szuka’s newly-born siblings.  Don’t they look like little lambs?!? 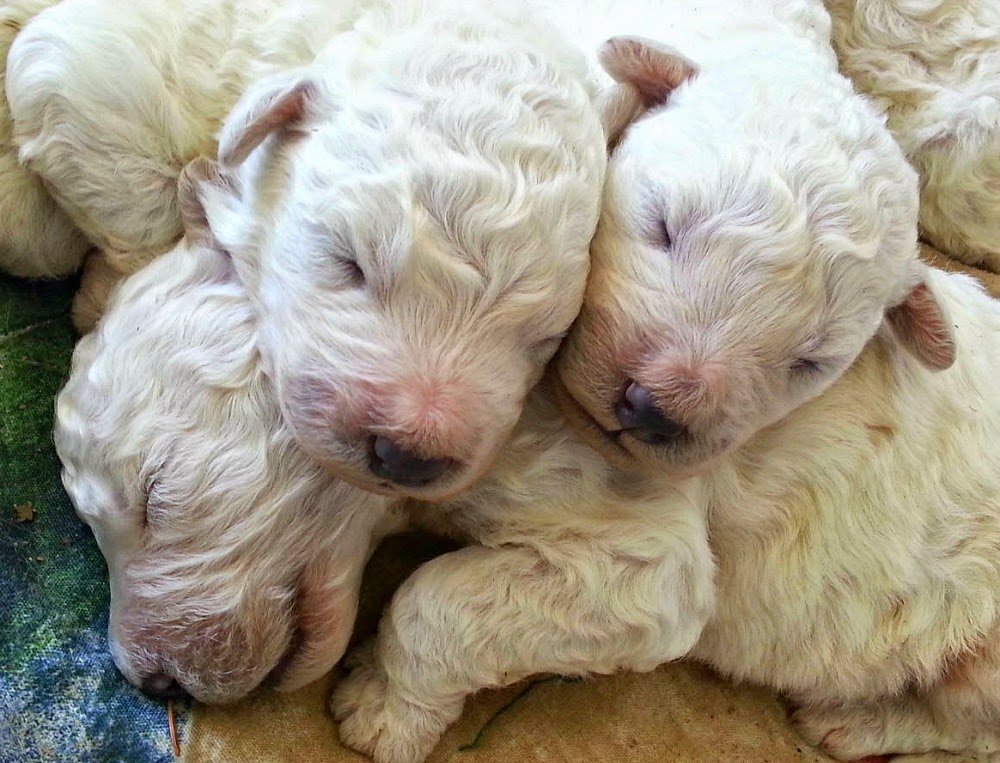 Coincidentally, Szuka’s looking a little more like her fresh off the farm sibs, thanks to the hack job of a hair cut we gave her (which you might have spotted on my new Instagram account): 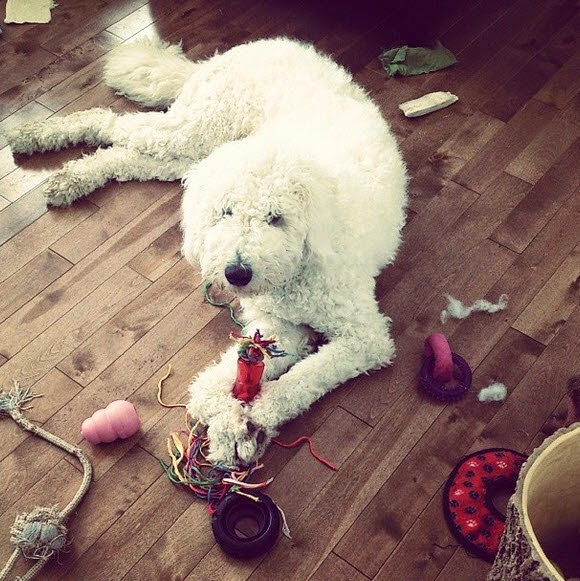 Komondors develop these amazing cords but they need a lot of maintenance to get them looking so neat (otherwise they just look, and smell, like a brown tangle of weeds).

We decided to keep Szuka clipped short (a puppy cut), but we’d been on the fence about taking her to the groomer for her first haircut, or cutting her fur ourselves.  The only time we brought her to a groomer (we had a coupon for a free bath), she ended up looking like a husky poodle: 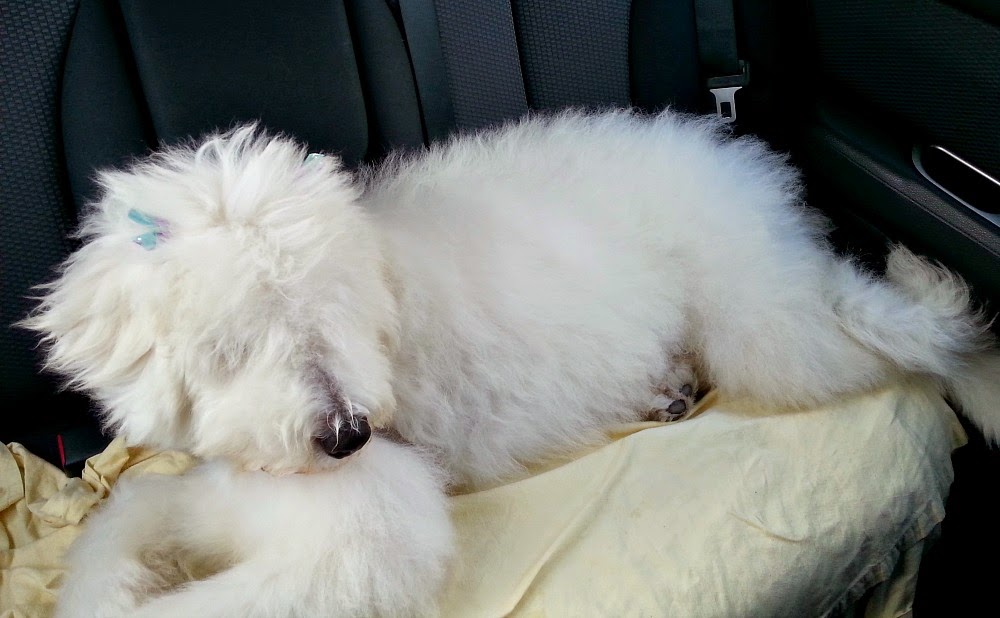 She hates getting a bath, or having her nails clipped, but she’s stoic about it.  We do both of these things ourselves at home to make it less stressful for her (and save a little cash).  Hubs thought clipping her fur at home would be a good idea for these reasons, but I really didn’t want to have to trim around her starfish.

When the temperatures became a little more mild, Szuka started to boil and panted all day long.  Outside she would throw herself down, spread eagle, in the snow to cool off.  She was so, so wooly! 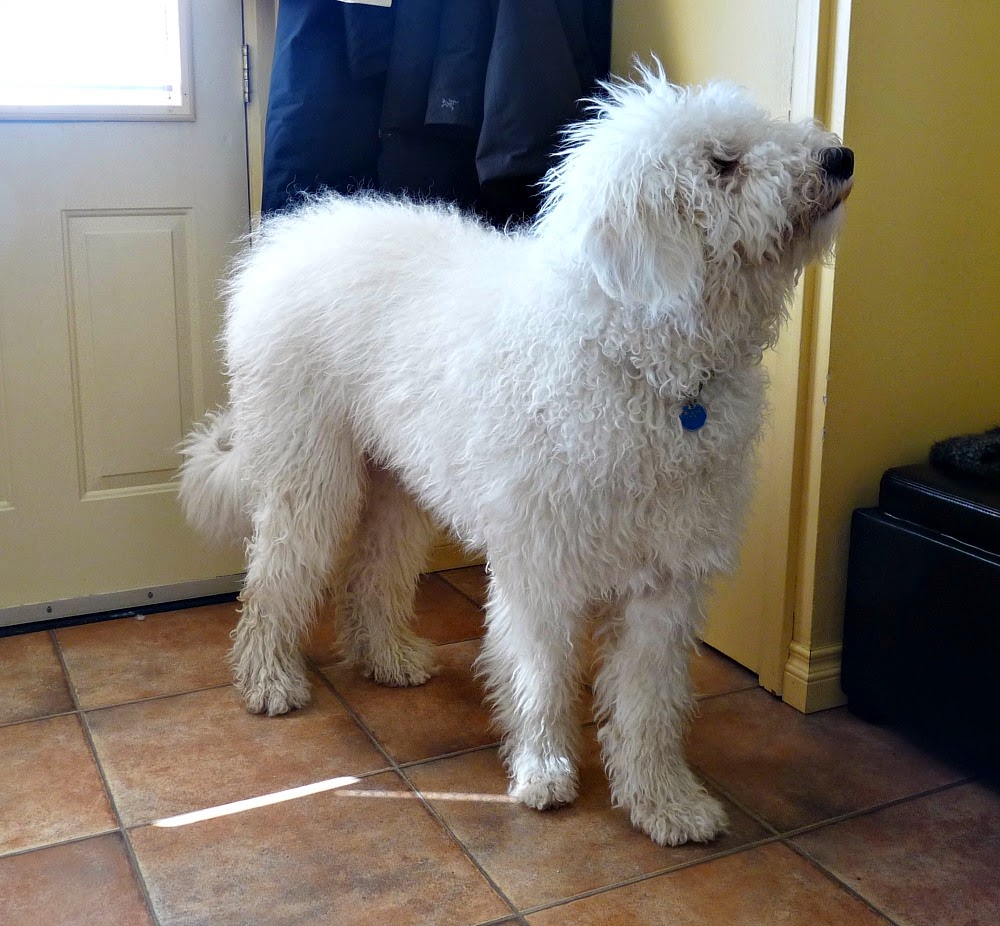 And she had started to develop matted areas, despite our best brushing efforts: 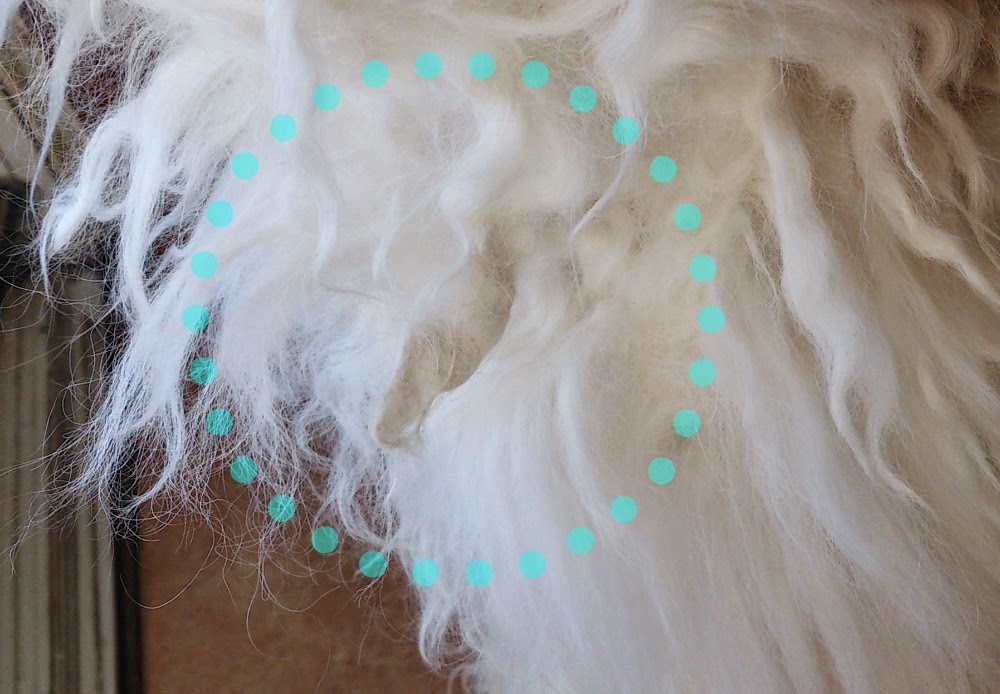 We could see other chunks starting to look more plaited all over her body.  Her long beard was also starting to look (and feel) perpetually damp and dirty.  Hubby calls it her “wormy dirt beard,” and she likes to rub it all over us. 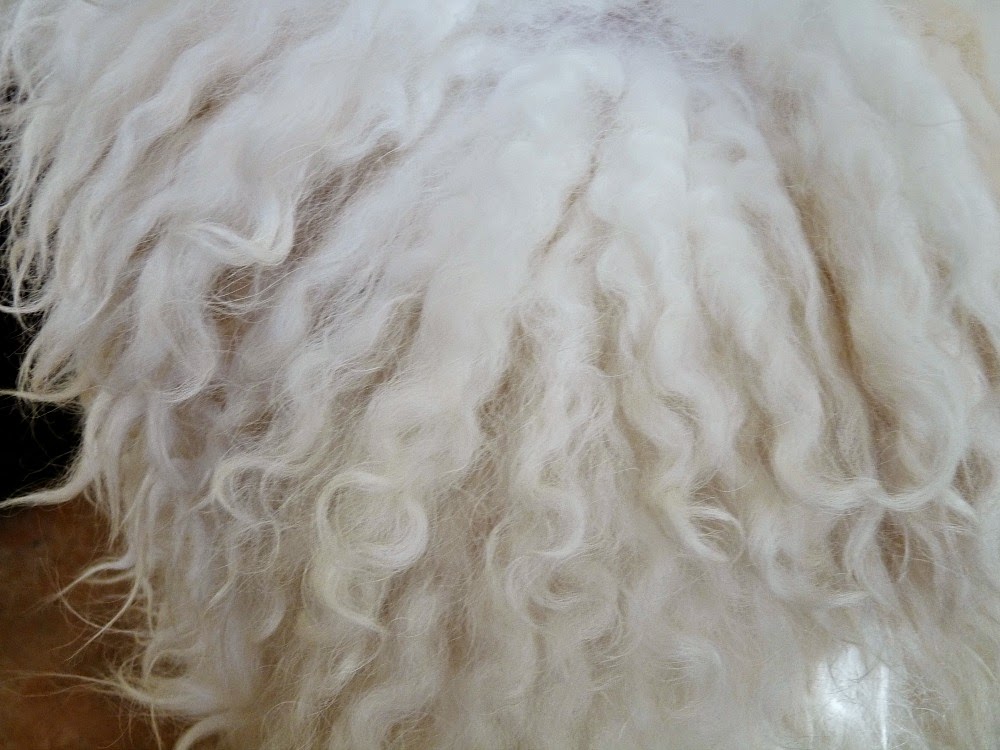 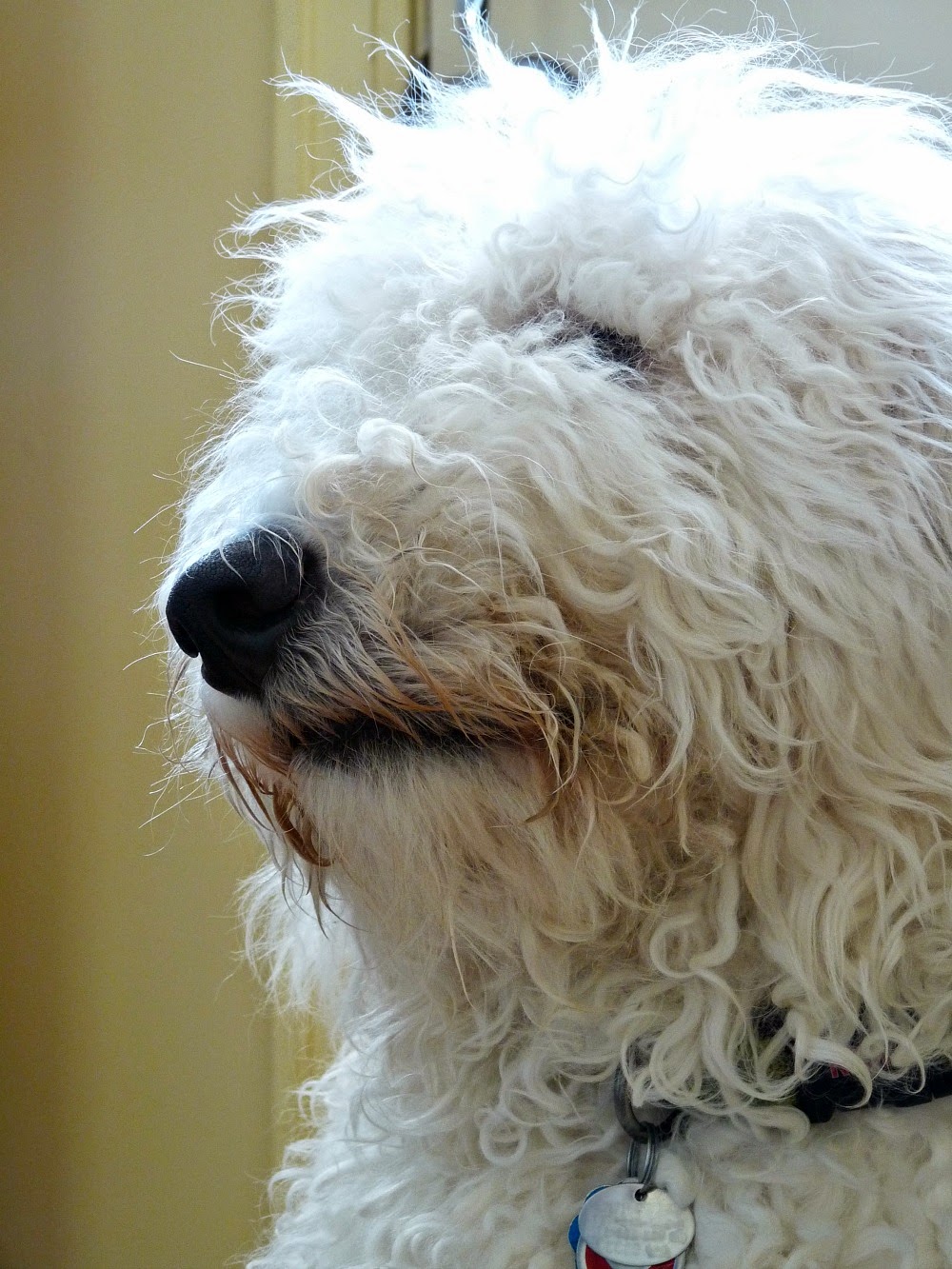 I finally decided to just bring her to a pro, only to find that there was a
weeks-long waiting list at every groomer!  Well, that made up our minds: DIY!  Szuka did not enjoy the process, but she was a champ. 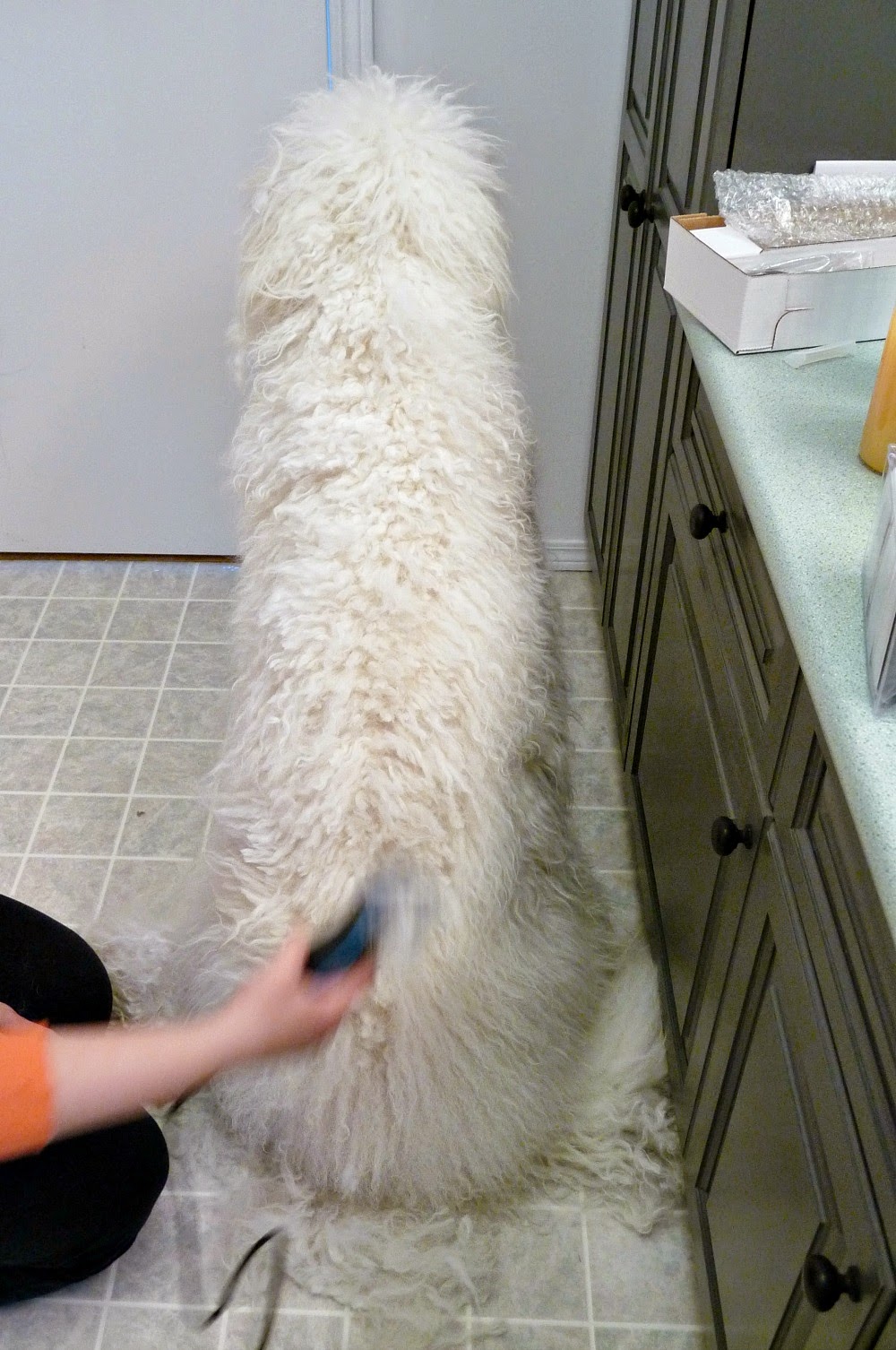 Major problem, though: the clipper attachments (to determine hair length) wouldn’t go through her coat so I used
the clippers without one to remove some bulk.  Even then, her coat was
just too thick, so I had to use the clippers without an attachment for
the whole haircut.  I eyeballed it, which you just know had disastrous
results.  A couple of really short patches, a few weirdly long chunks.
It took two evenings to groom her and give her a bath.  After a crushing defeat in a totally fair round of “1-2-3 not-it,” Hubby had to tackle
the bum region.  He’s a champ too. 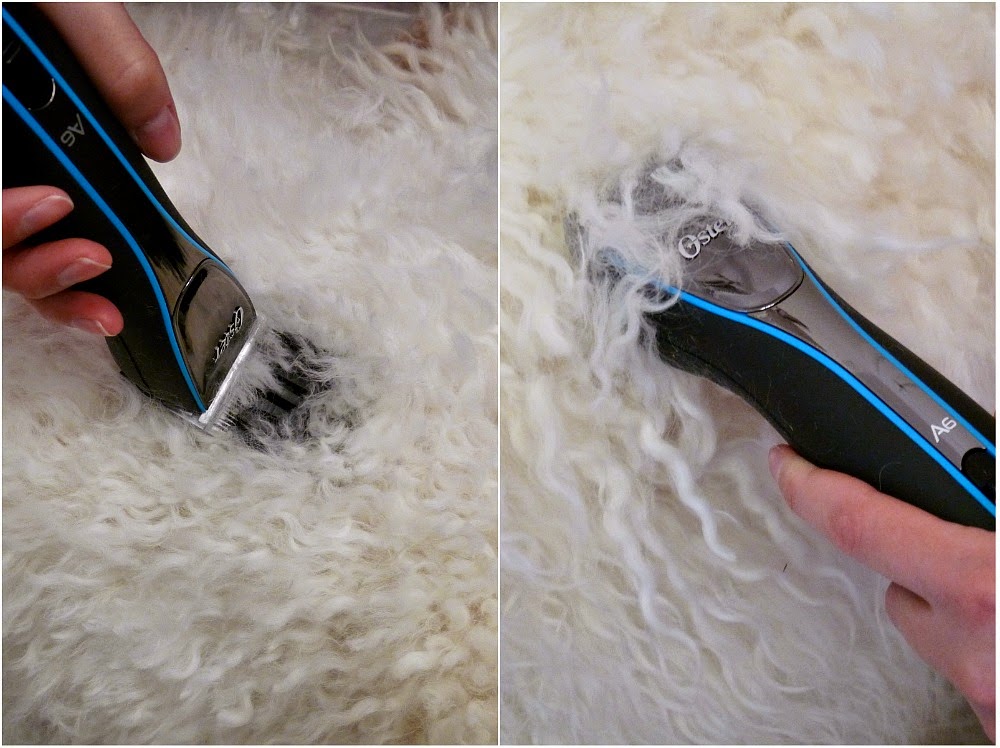 She looks a little ragged, but she’s SO happy now without that bulky fur.  Even though there’s still snow on the ground and it’s been cool, she’s still warm.  Frankly I think she’d be happy totally bald. 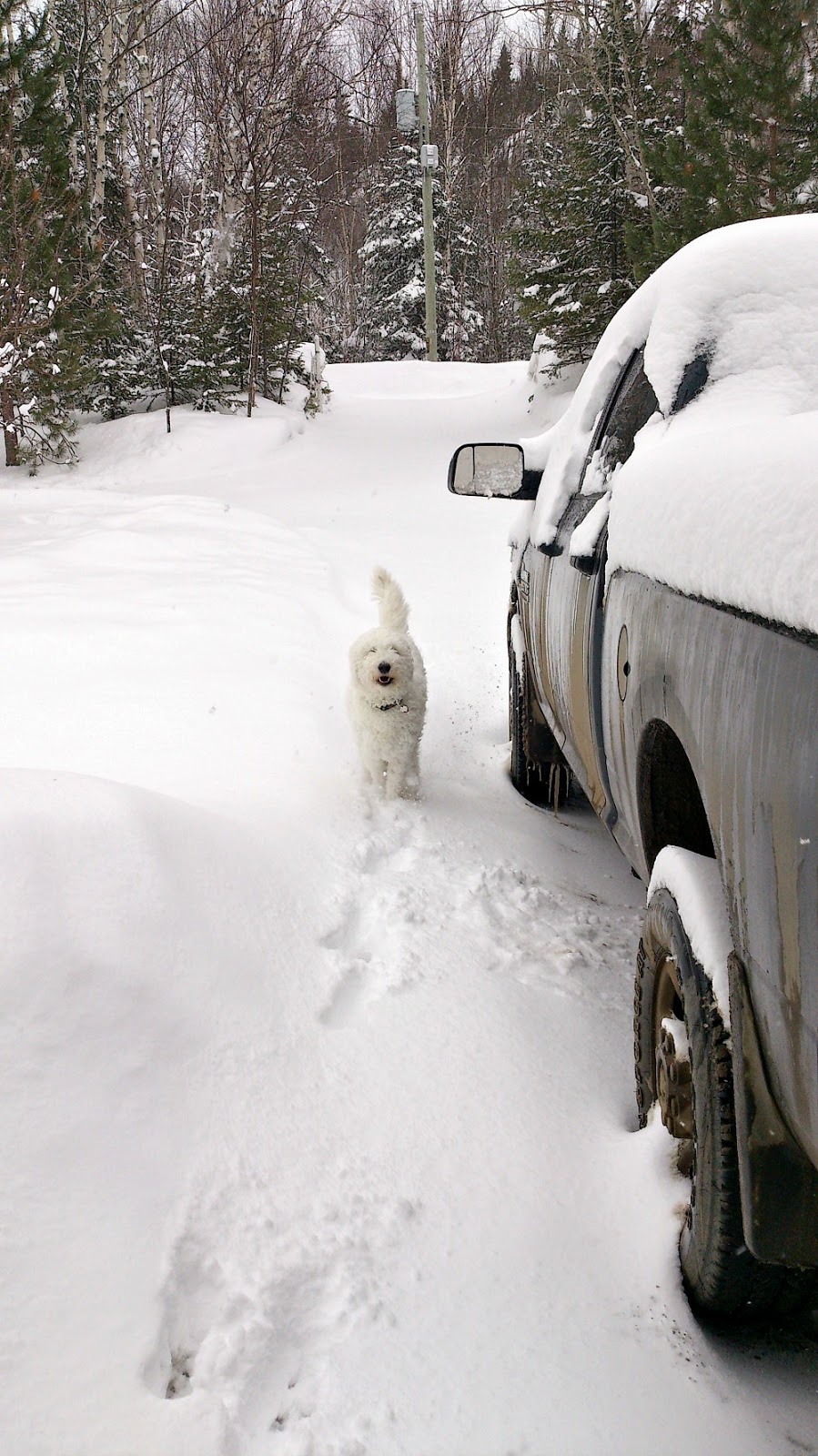 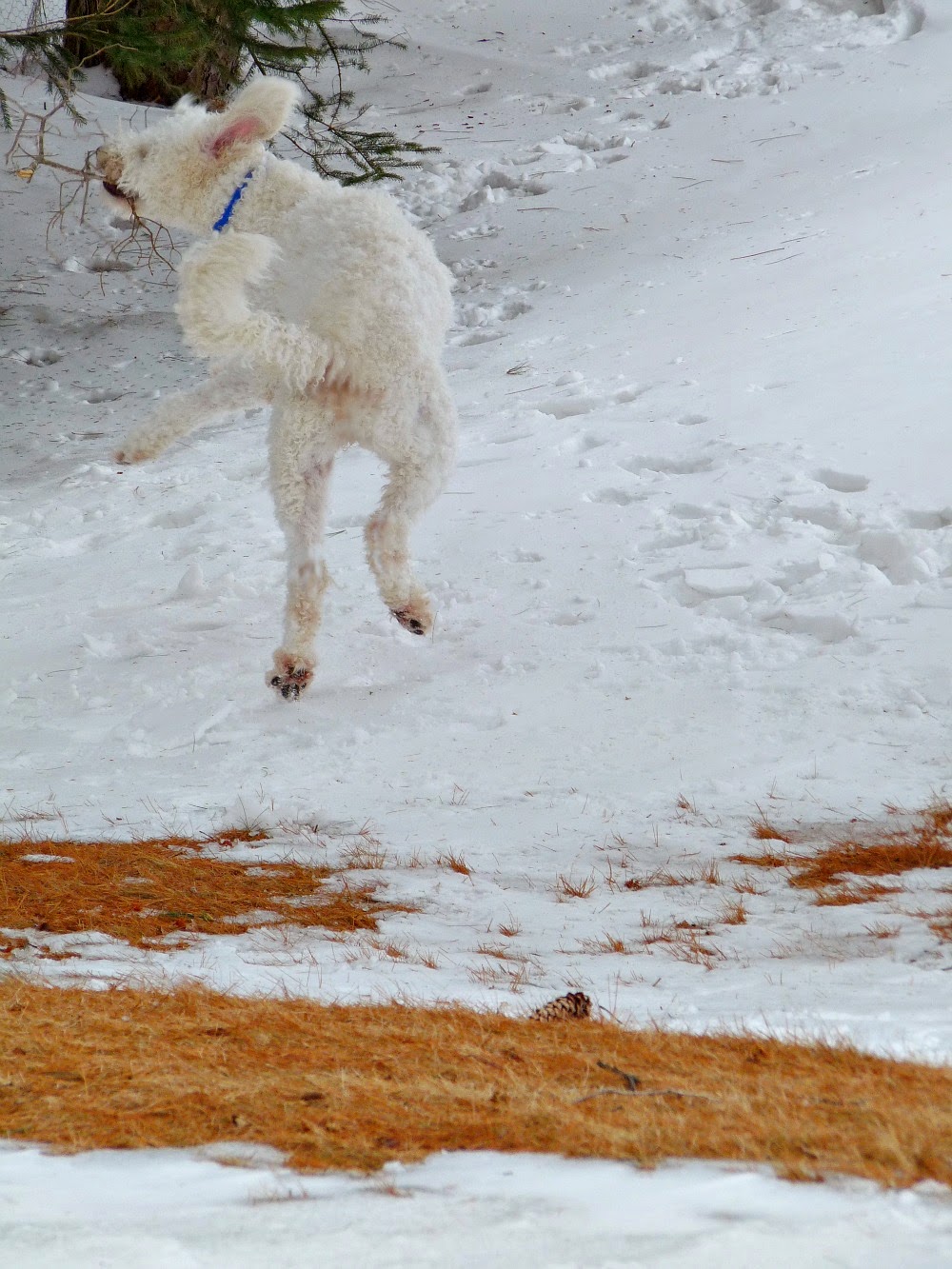 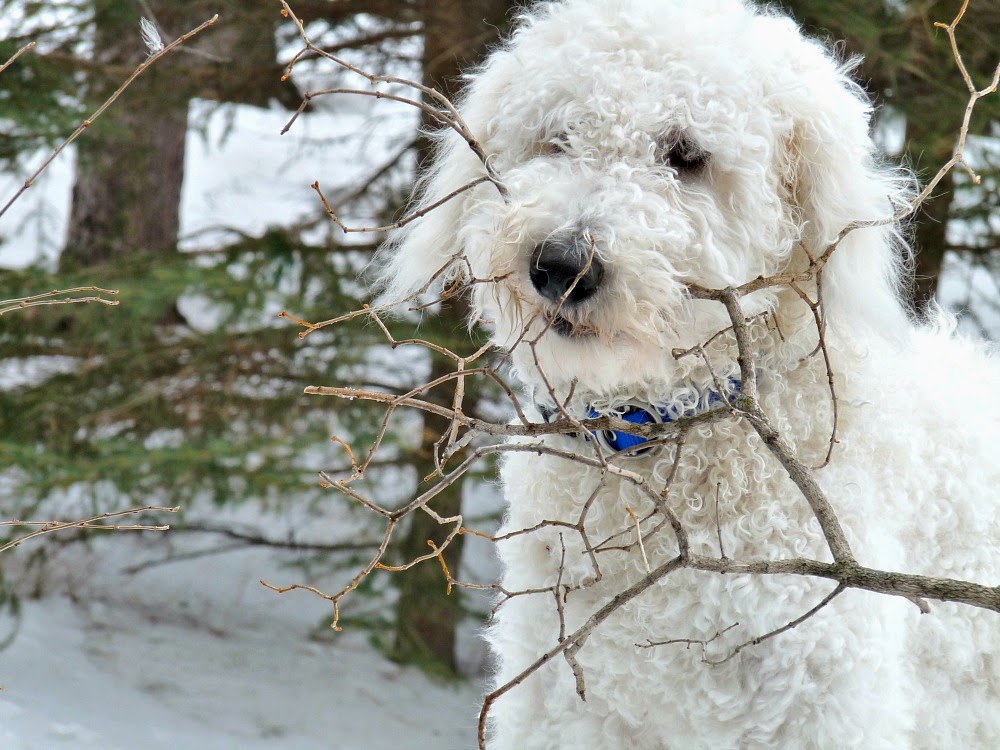 Here’s a comparison of the before and after: 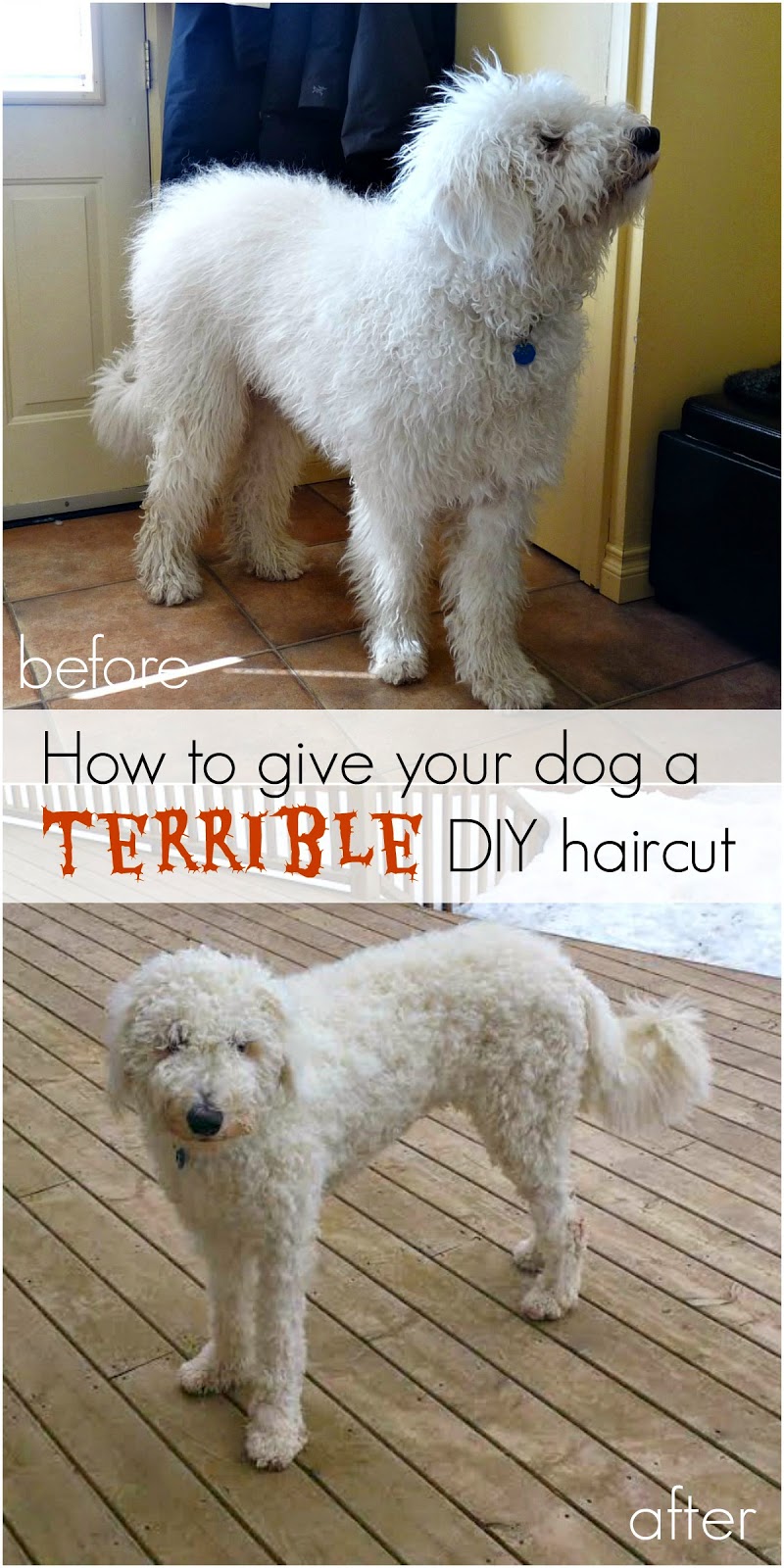 For the foreseeable future, we’re going to keep clipping her ourselves.  It took a lot of time, but Hubby and I are nothing if not adventurous DIYers, and I’m sure we’ll get the hang of it.  Here’s what did (or could have done) to make it easier:

There are special circumstances that make bathing her, trimming her nails, and clipping her feasible: Szuka is very patient and doesn’t fight us, making DIY grooming safe for her and us.  Have you clipped your own dog’s fur?  Any tips for us noobs?