My Instagram photos got a lot more touristy last week because my friend Erica was visiting from Massachusetts.  We went to the Amethyst Mine, Fort William Historical Park, the Grand Marais art fair (plus this sweet flea market), in addition to hitting up the local boutiques and antique stores.  We even found a surprise roadside estate sale where I scooped up a new-to-me Pyrex pattern and Erica found beautiful brass flatware.  Erica works for two interior designers so near the end of her visit I decided to mine her eye for design and get her opinion on a small living room tweak.

Even though some readers didn’t love it, I really liked the chrome lamp in the living room but after the turquoise kitchen makeover was completed, I started to feel like that part of the living room looked bland in comparison.  With such a bold kitchen, I don’t want the adjacent living and dining areas to compete but they also need to hold their own.  I decided I wanted a lamp with some colour but given that the plans for the living room are up in the air, I didn’t want to spend any money (the original lamp had been free too).  My Mom had de-commisioned two vintage blue Lotte lamps and I decided to try one.  I’d been reluctant to haul it over because I was convinced the blue was wrong, but Erica and I agreed: much better!! 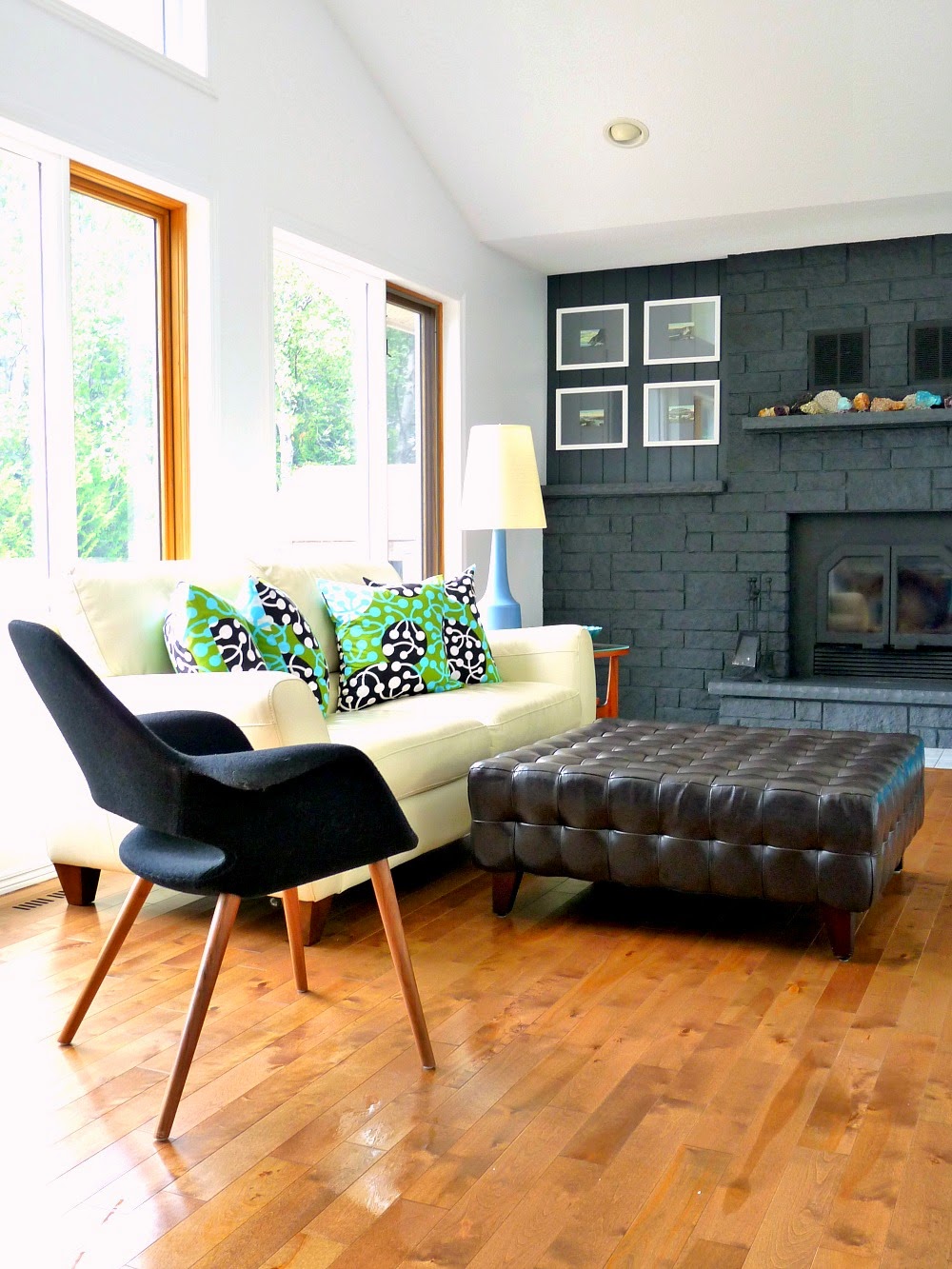 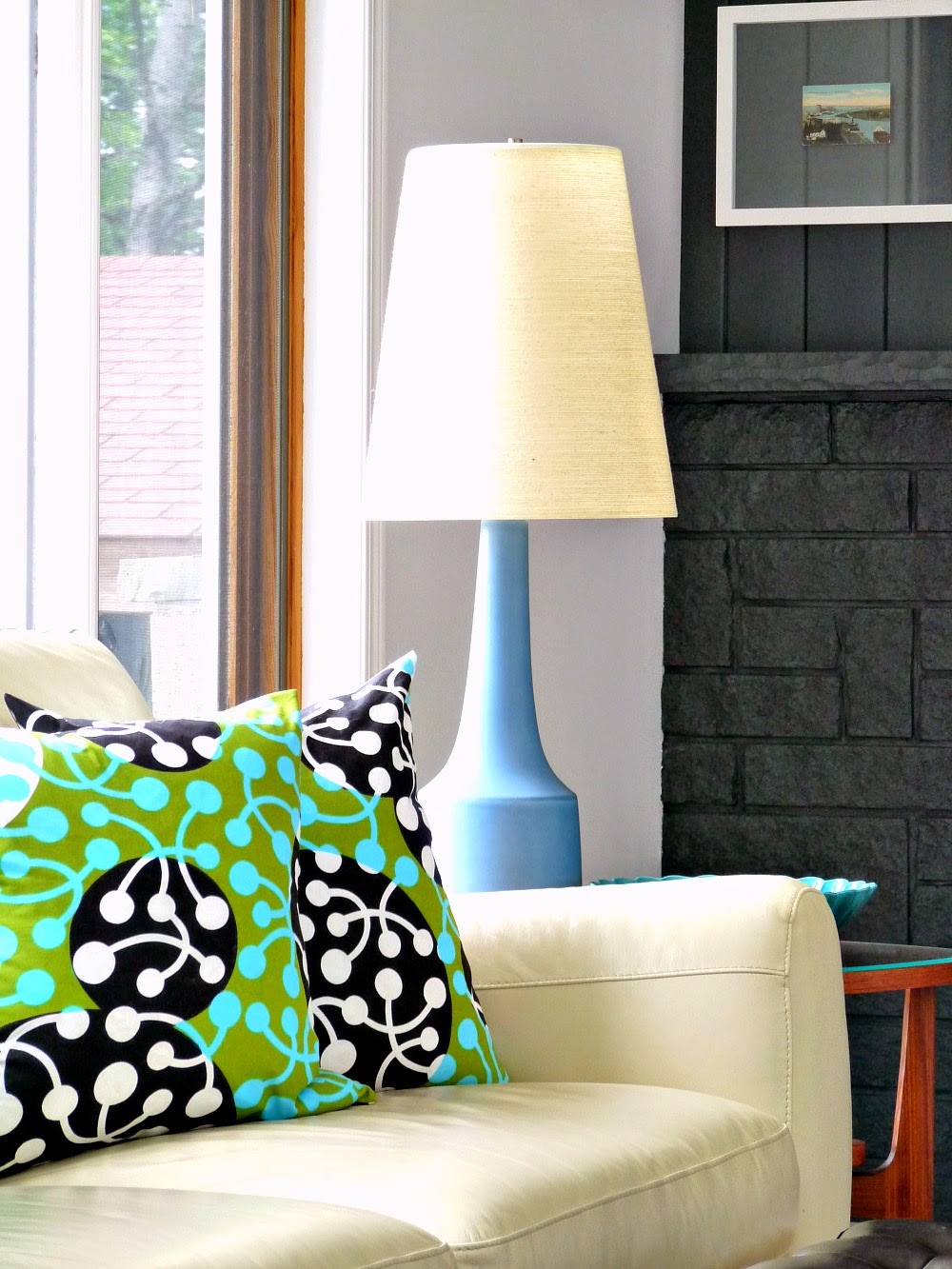 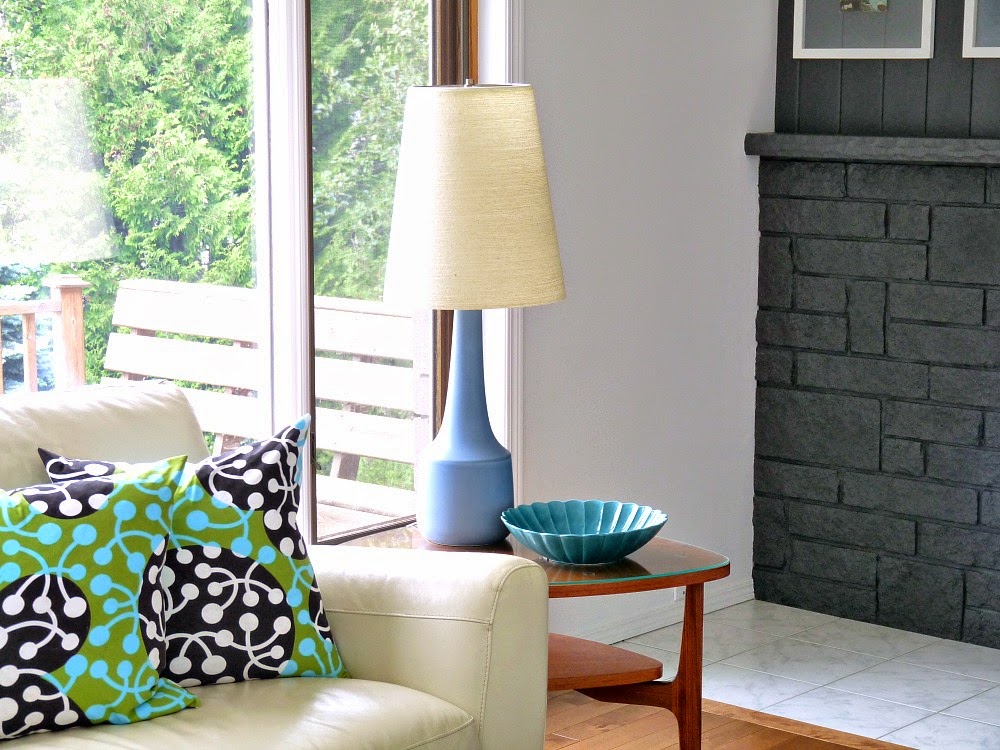 As a reminder, this was the lamp there before: 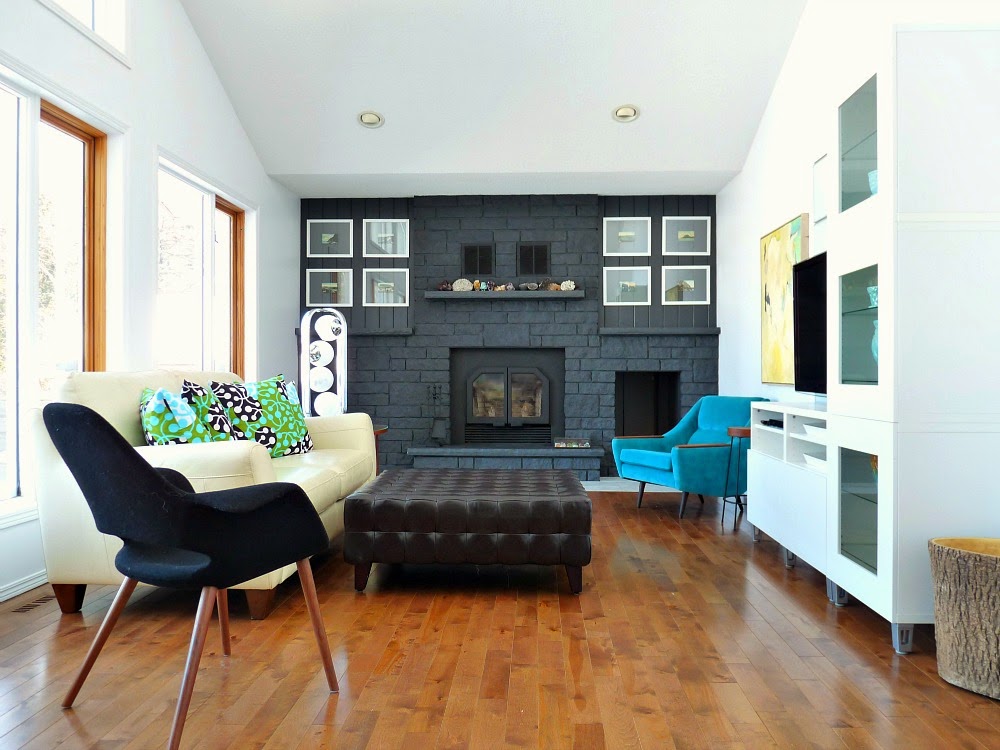 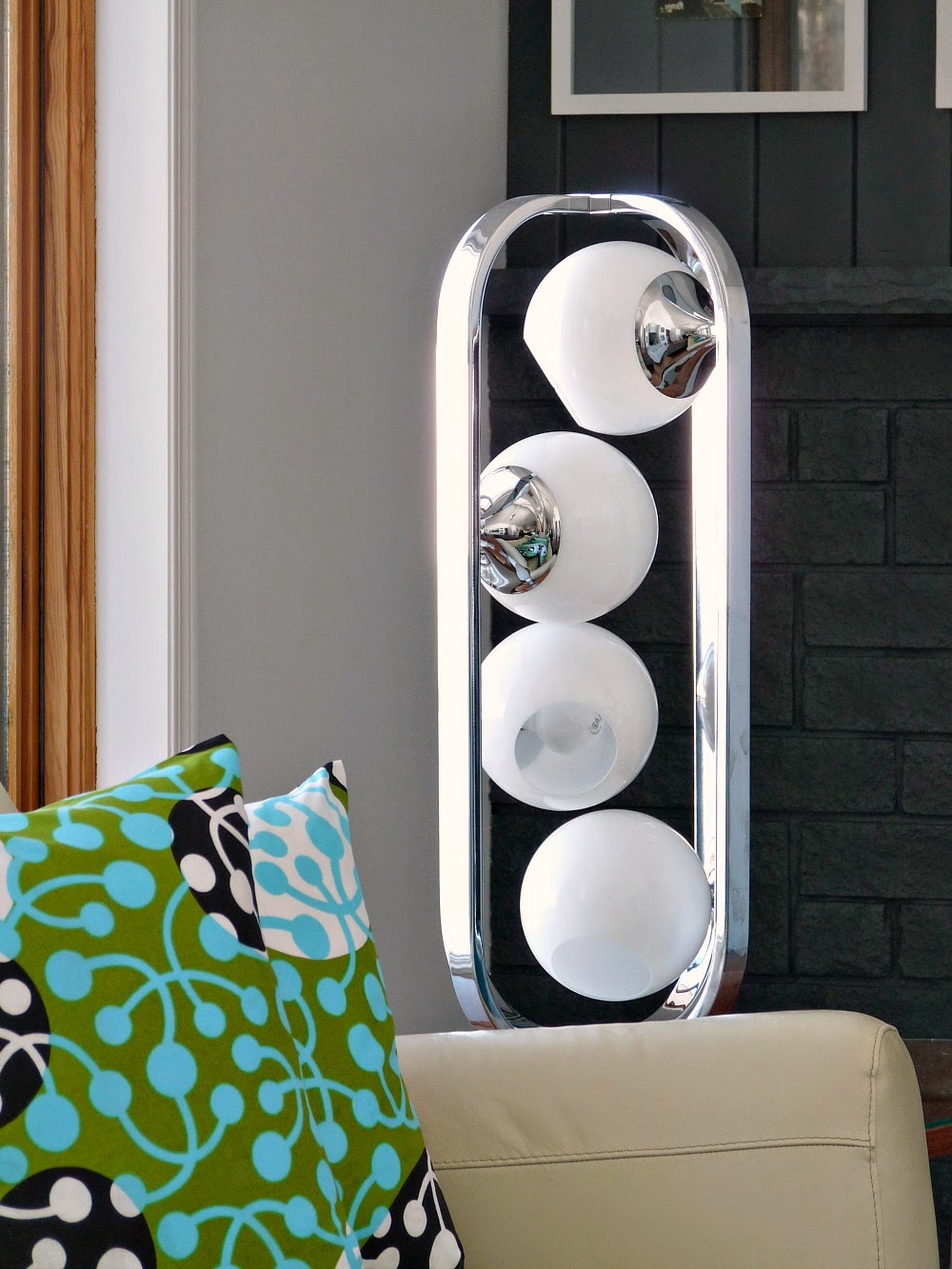 The Marimekko sofa pillows don’t have the same blue in them, but the paintings in both the living room and dining room have that exact shade – as do the antique Lake Superior post cards on either side of the fireplace, so when you look at the entire space the blue lamp makes sense. 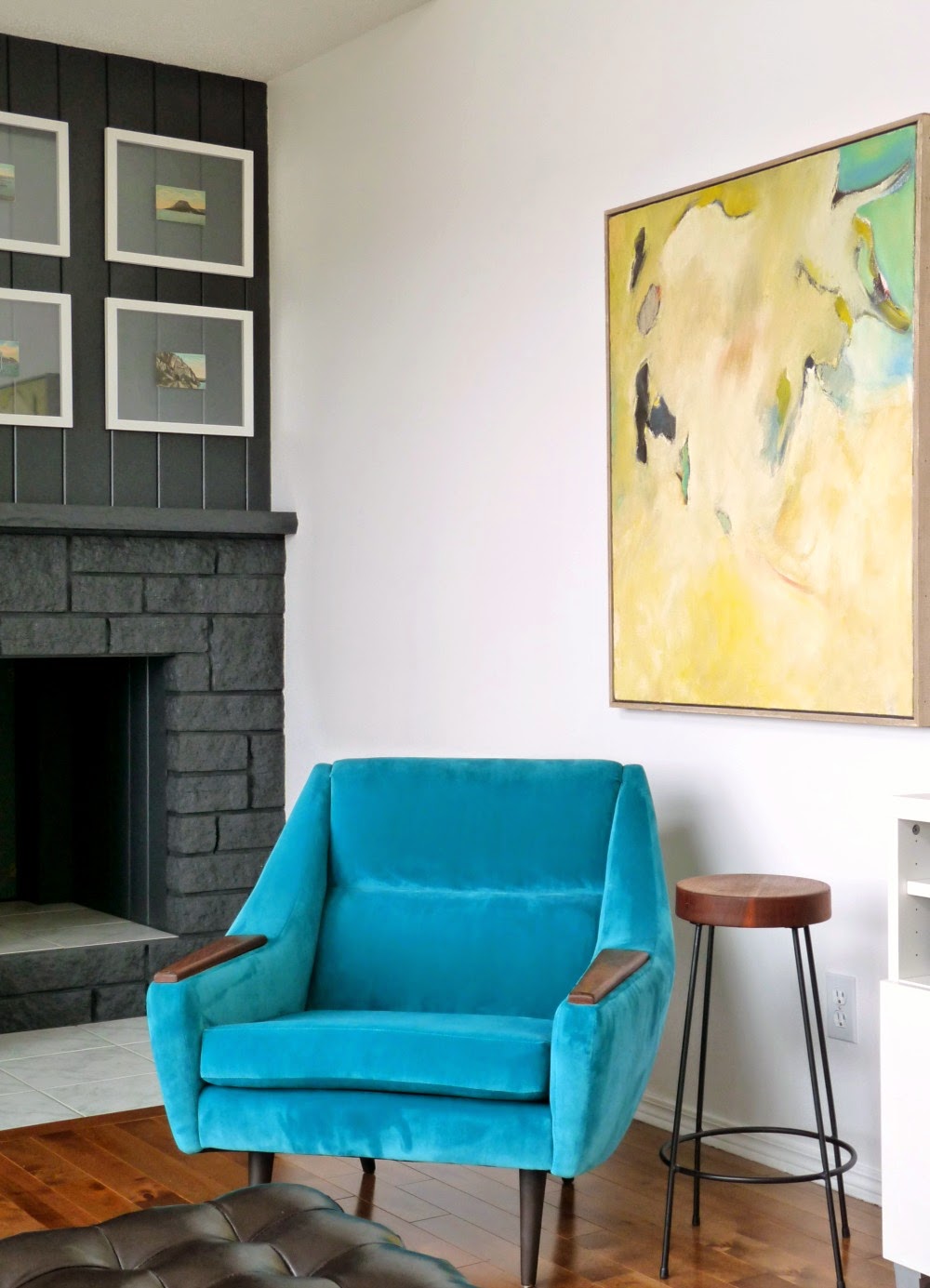 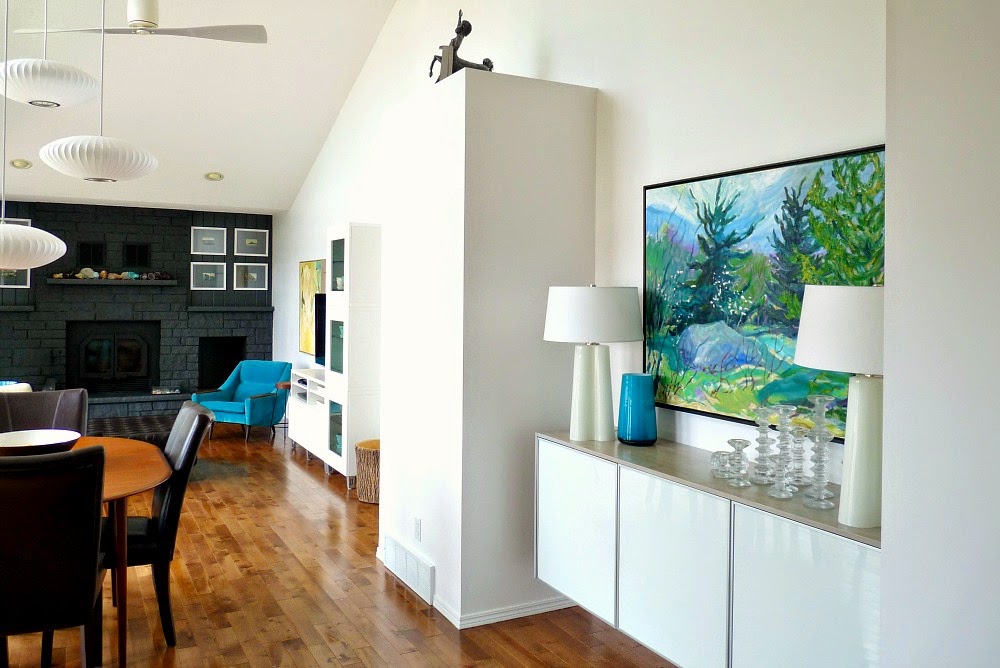 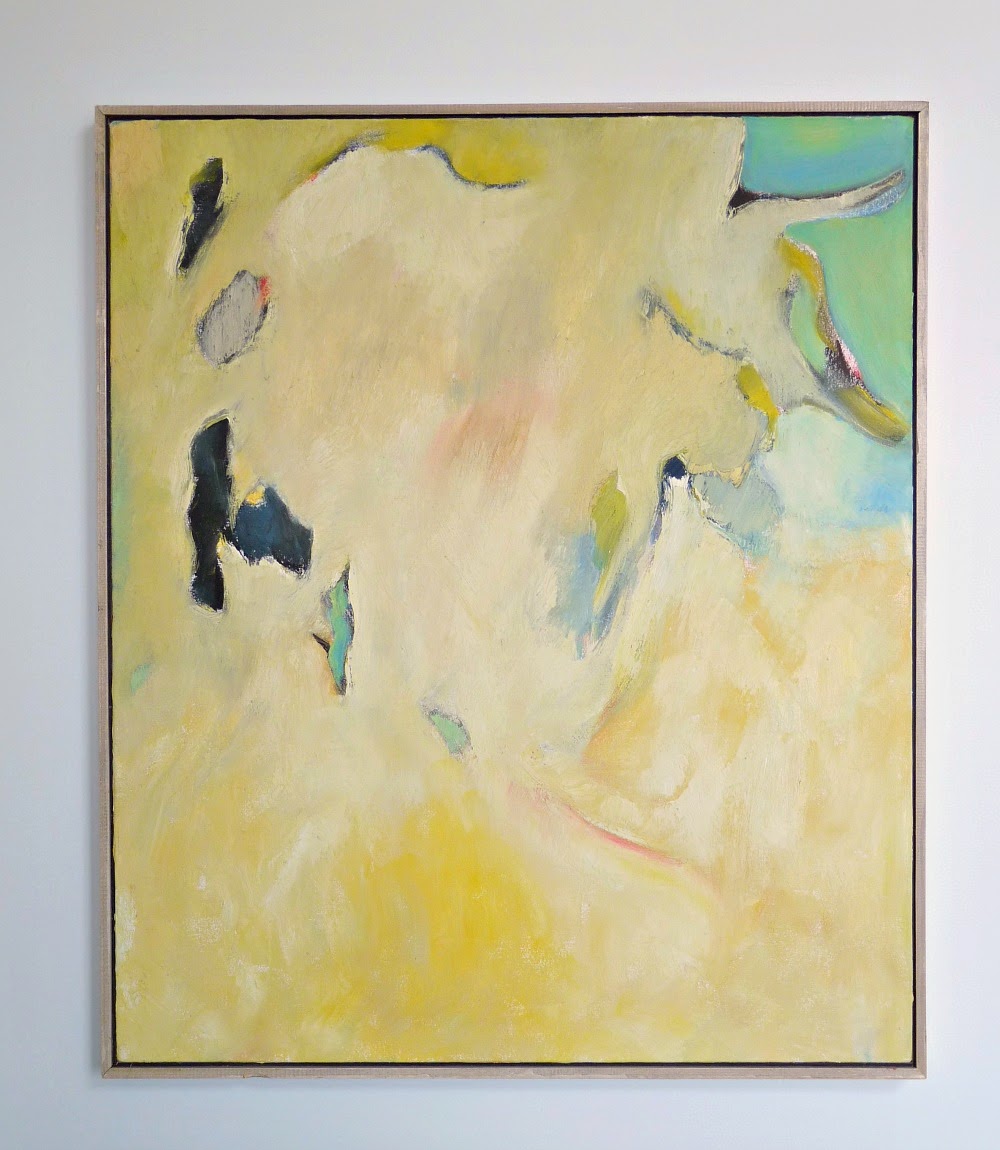 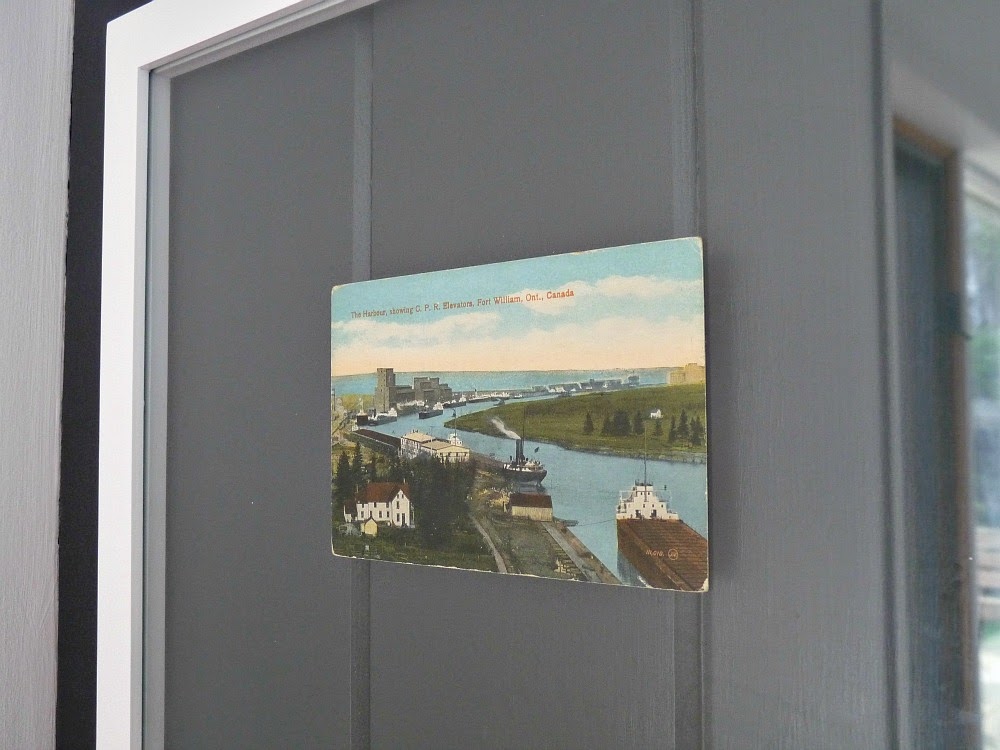 Even though I’m a turquoise-enthusiast, I’m crave a variety of watery hues.  Inch by inch, I’m getting closer to what I envisioned for the space.  Maybe if I go ahead and re-upholster that mid-century sectional I’ll
add some more Marimekko throw pillows with some blue and aqua mixed
together to tie in the blue even more definitively.  Or maybe at that point I’ll be obliged to return the lamp… I know it sounds like I’ve begged, borrowed and stolen a lot from my Mom this week but if the trading seems lopsided, ask yourself, “where are the two small yellow Lotte lamps Tanya had in her living room, and where is that gorgeous big one she had in the guest room?” 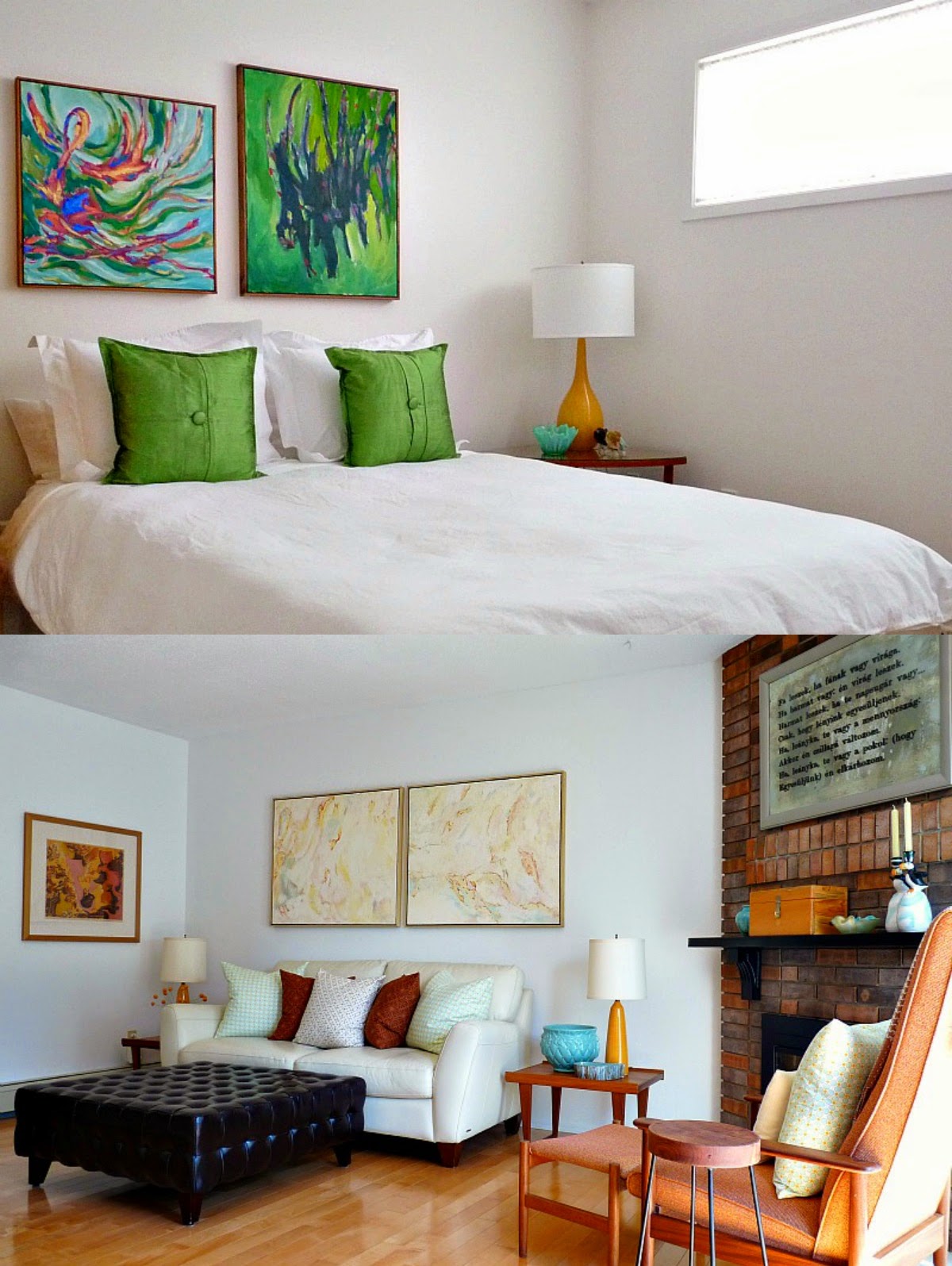 On a side note, we scooped up a petite little brown Lotte lamp thrifting the other day.  I bought it for the shop, but my Mom has hidden it.  Why do we love Lotte lamps so much?  They evoke such a classic, mid-century feel.  Even more special than that, Lotte lamps were originally produced in Canada!  The company was sold in 1997 and current production is based in Ohio – which is still pretty cool because I’m all about keeping jobs in North America (woo-hoo, jobs!).  Find out more about the history here and click here for sources.