This is it…video day!  This week and last, I shared the holiday-themed projects I created for Canadian Tire.  The opportunity was perfect for me: free rein to create a bushel of neat projects, with the added bonus of revealing to you my super high-pitched voice, which is not unlike that of a 13-year-old girl. 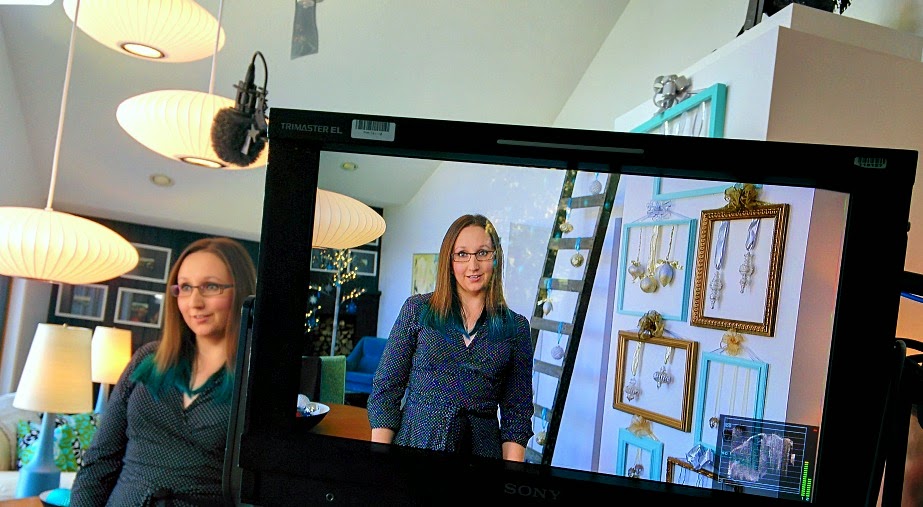 As I type this, I’m torn between the “publish” and “delete post” buttons.  Maybe you’ve forgotten that I ever uttered a word about videos?  I’m trying to be a good feminist and not fixate on my appearance but it’s so hard not to nitpick!  When I run out of steam, I start to nitpick the projects, the house.  If only I had just smoothed a ribbon here, fixed a bow there…oh, and washed the house exterior.

But I have to share these videos because the Canadian Tire team worked so hard on them!  Filming these three, one-minute videos was actually really labor-intensive!  There were many email and phone chats, plus a walk-though, before shooting even began.  I didn’t get to choose which projects were highlighted and even after decisions were made, some extra bits were filmed the day of, which had me hopping.  We worked from 9:00am-6:00pm and it was a fast-paced and slightly exhausting day!  I consider myself a pretty peppy person: I laugh a lot, make a few inappropriate jokes, and just generally have fun.  But for these videos I had to be even peppier – real life peppiness was not peppy enough on film.  My cheeks hurt from smiling and when everyone left for the airport (I don’t envy their schedule, it was nuttiness!), Hubs and I collapsed on the sofa. 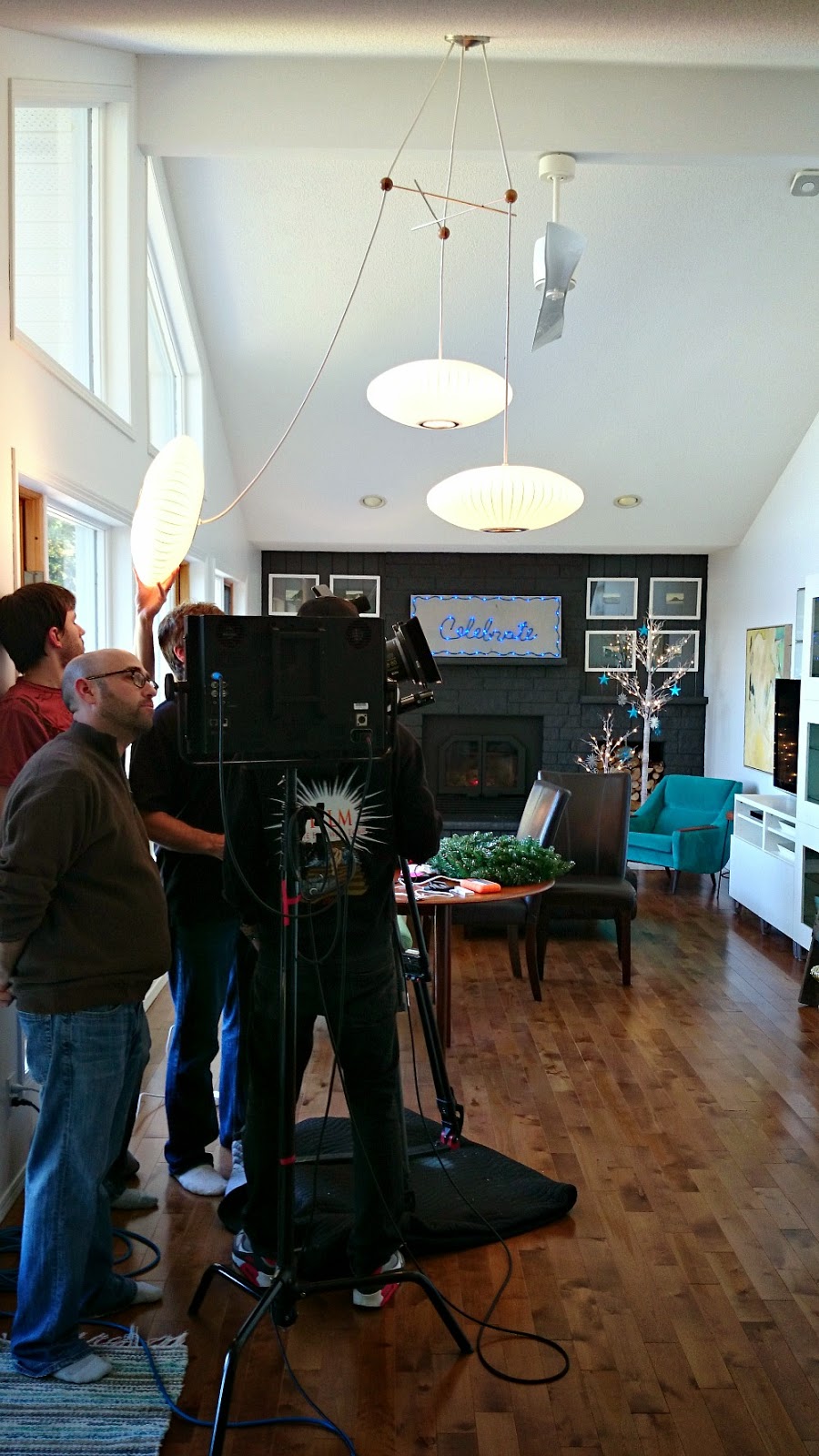 The whole experience was a little bit nerve-wracking, but also really fun.  Having seven (!) people with cameras and equipment made the lakehouse feel very tiny, but everyone was so careful with the house, making sure not to break anything or cause any damage.  Someone even swept the floors before they left.  Seriously, they tidied.  A very awesome group of people, it was a joy to work with them.  Perhaps my assessment is skewed though, because everyone was so complimentary about the house, which of course I always find endearing.  Also, everyone loved Szuka, and that little gal’s my weakness. 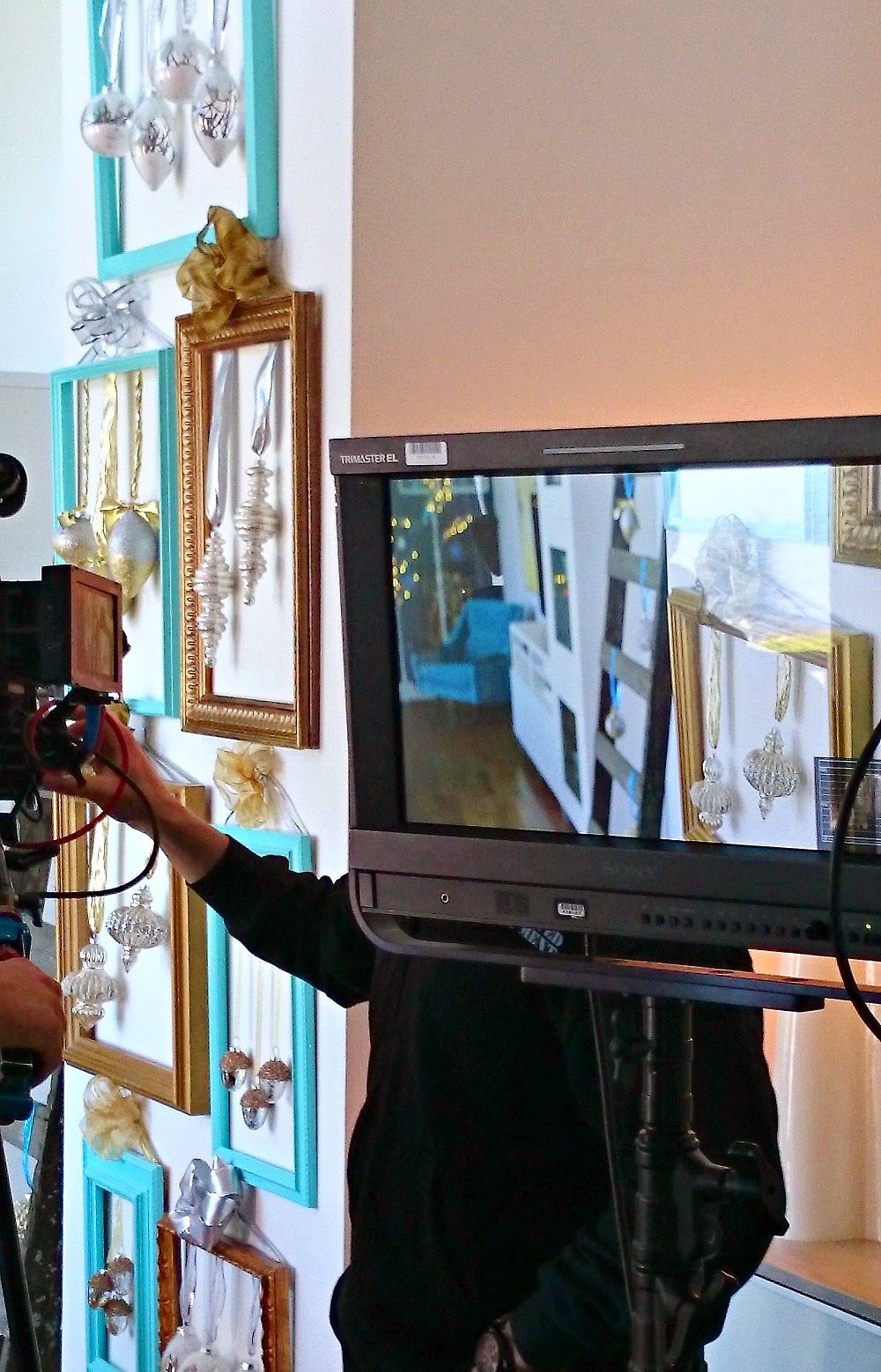 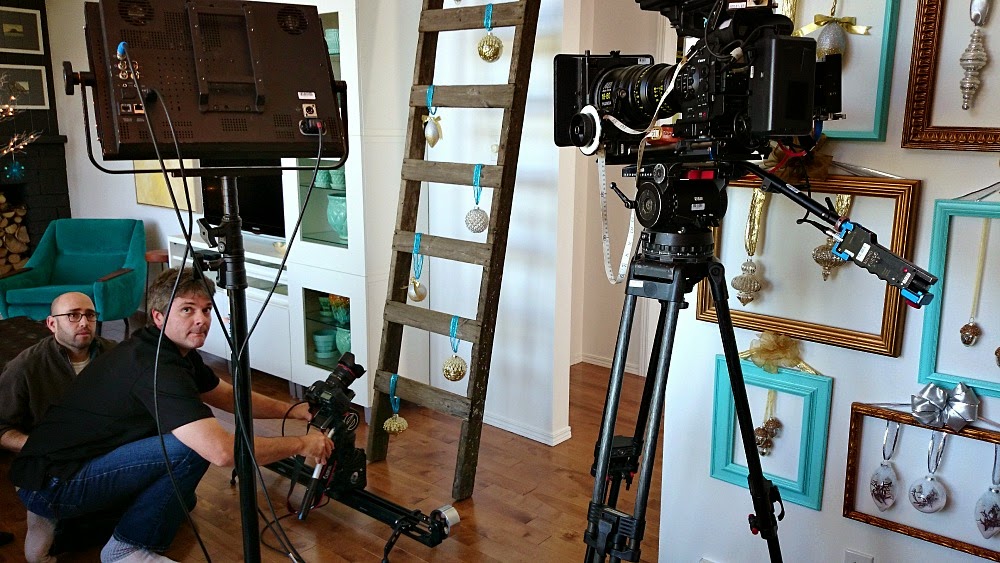 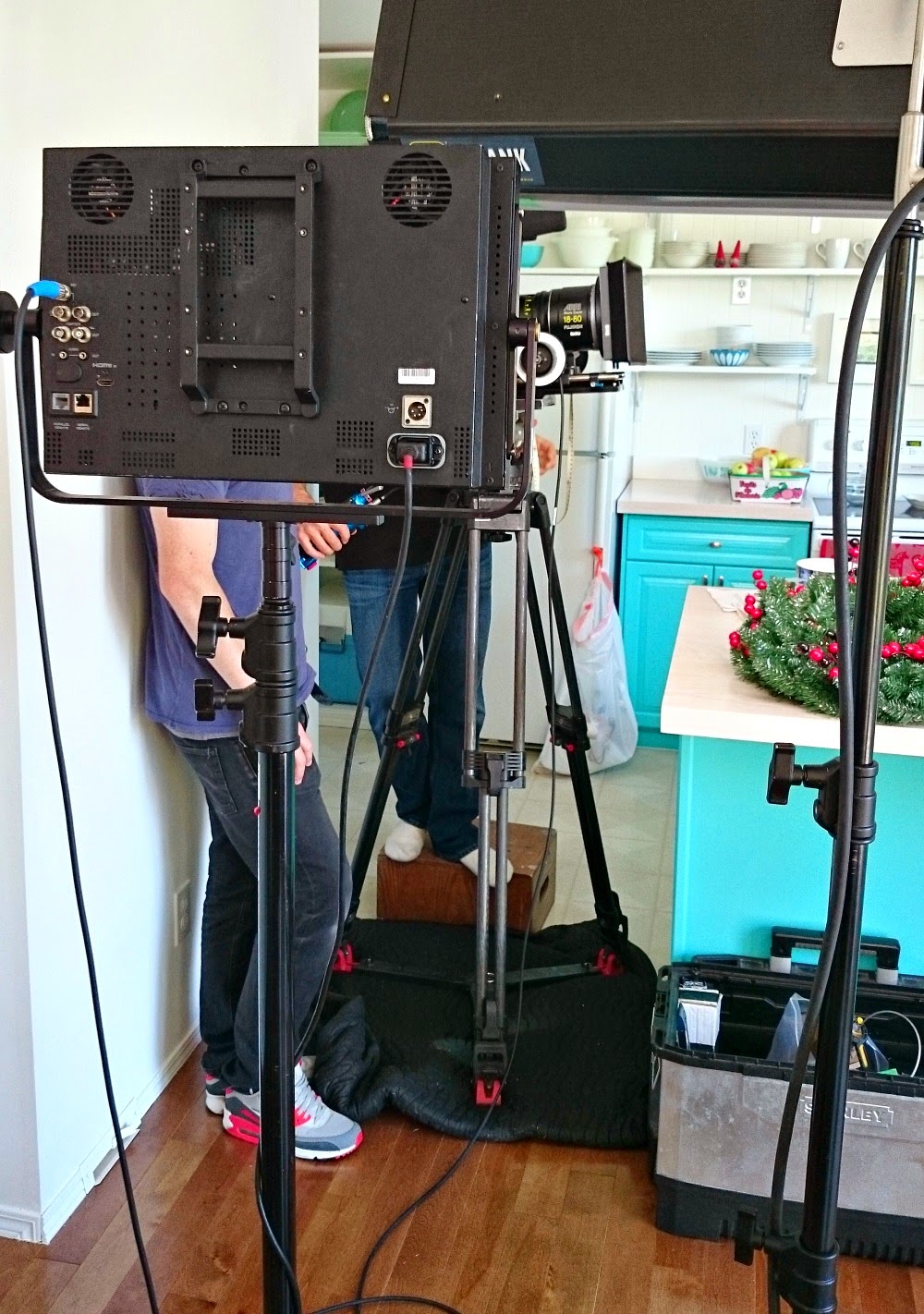 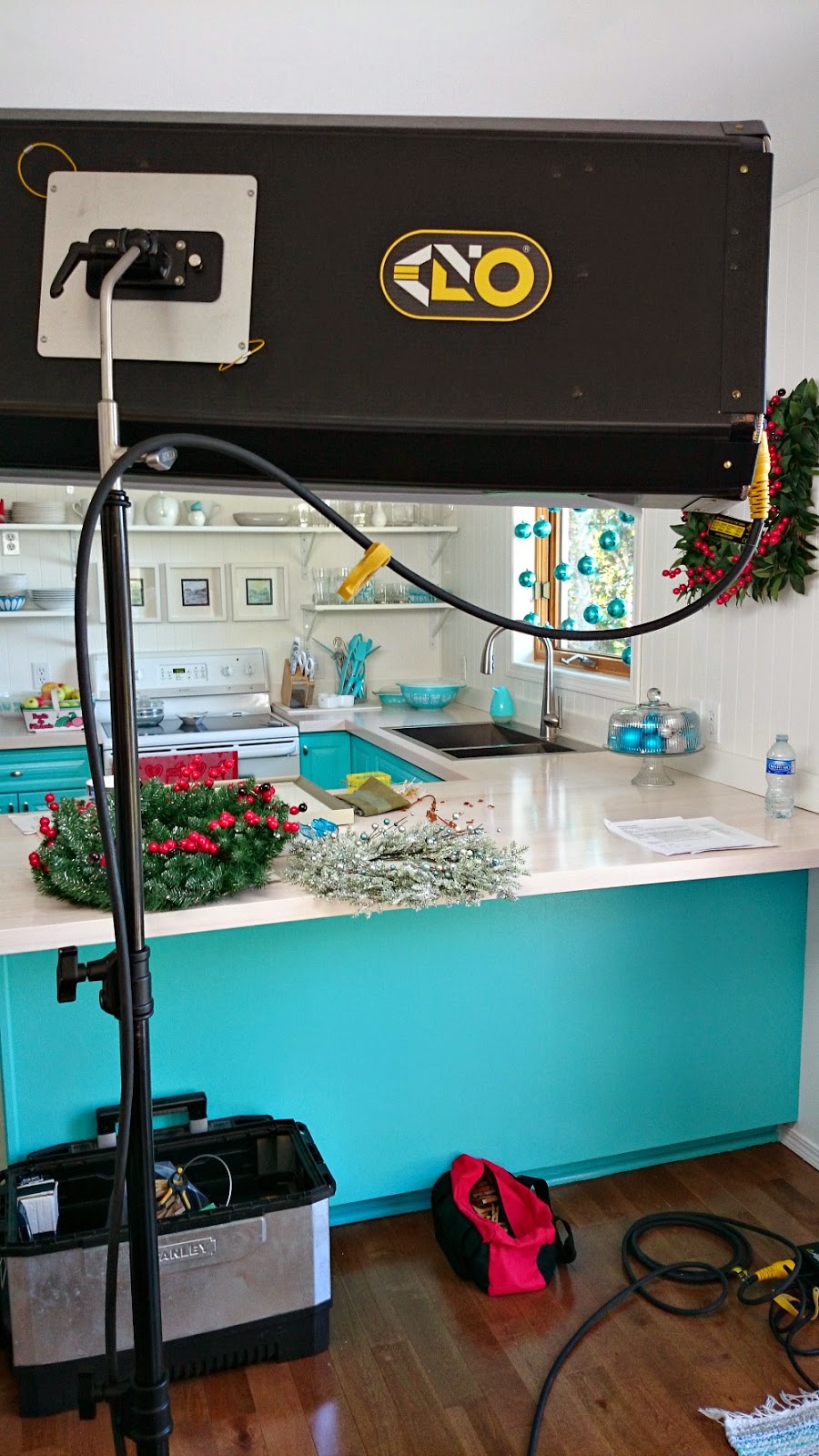 It was really eye-opening to see how professionals film a video like this – I was in serious awe!  This team sifted through hours of footage to create what you’ll see.  It’s just mind-boggling to have seen what was filmed and then see the result in its tidy little package.  Self-deprecating critiques aside, I love how the videos turned out.  And given how huge Canadian Tire is for us Canucks, and how I’ve frequented their stores since I was a kid (tagging along with my Dad), I’m so thrilled to have had the opportunity to collaborate with such a great brand!

You’ll notice I’m a “blogger and design enthusiast”.  They wanted to call me an “expert” and I vehemently refused!  It was the only creative difference we had, but I was adamant that while I’m enthusiastic about DIY and home decor, but at the end of the day I’m no pro.

Okay, let’s just do this:

If for some reason the embedded videos don’t work, you can find them on youtube, using the links below:

Did you spot Szuka’s cameo?  I totally forgot about her being filmed and it was such a fun surprise to see her and her adorableness pop up on screen!

Create Your Own Wreath

I seriously want to make a million wreaths now.  Filming the front door was an impromptu decision and I wish my new door had arrived.  Between you and me, I still think this is the easiest DIY ever and maybe the construction didn’t need a video…but I love the idea of hanging wreaths in less expected places – this isn’t even necessarily a “Christmas” idea.

I love those rolling shots – especially the one up the ladder!  This might be my favorite video just because the framed ornaments and rustic ladder look SO good.

As you saw in the first video, my final project with Canadian Tire was to create a tablescape.  Well, I’m not one for tablescapes.  I have a small dining room with a small table and once there are people seated and food in front of us, there isn’t much room for condiments, let alone flowers and decorative objects d’art!  But the creative team really wanted one, so we came up with “a simple holiday brunch for two” at our lovely kitchen counter.  All I did was top a DIY napkin (made from my favorite Marimekko fabric – here’s the tutorial) with a CANVAS ornament that coordinated so well with it, and fill a cake stand and platter with ornaments.  Done.  Everything else on the counter was edible or served a purpose.  This part looked a little different for the video but the sentiment was the same: do very little, add a smidge of sparkle, and then just enjoy the meal. 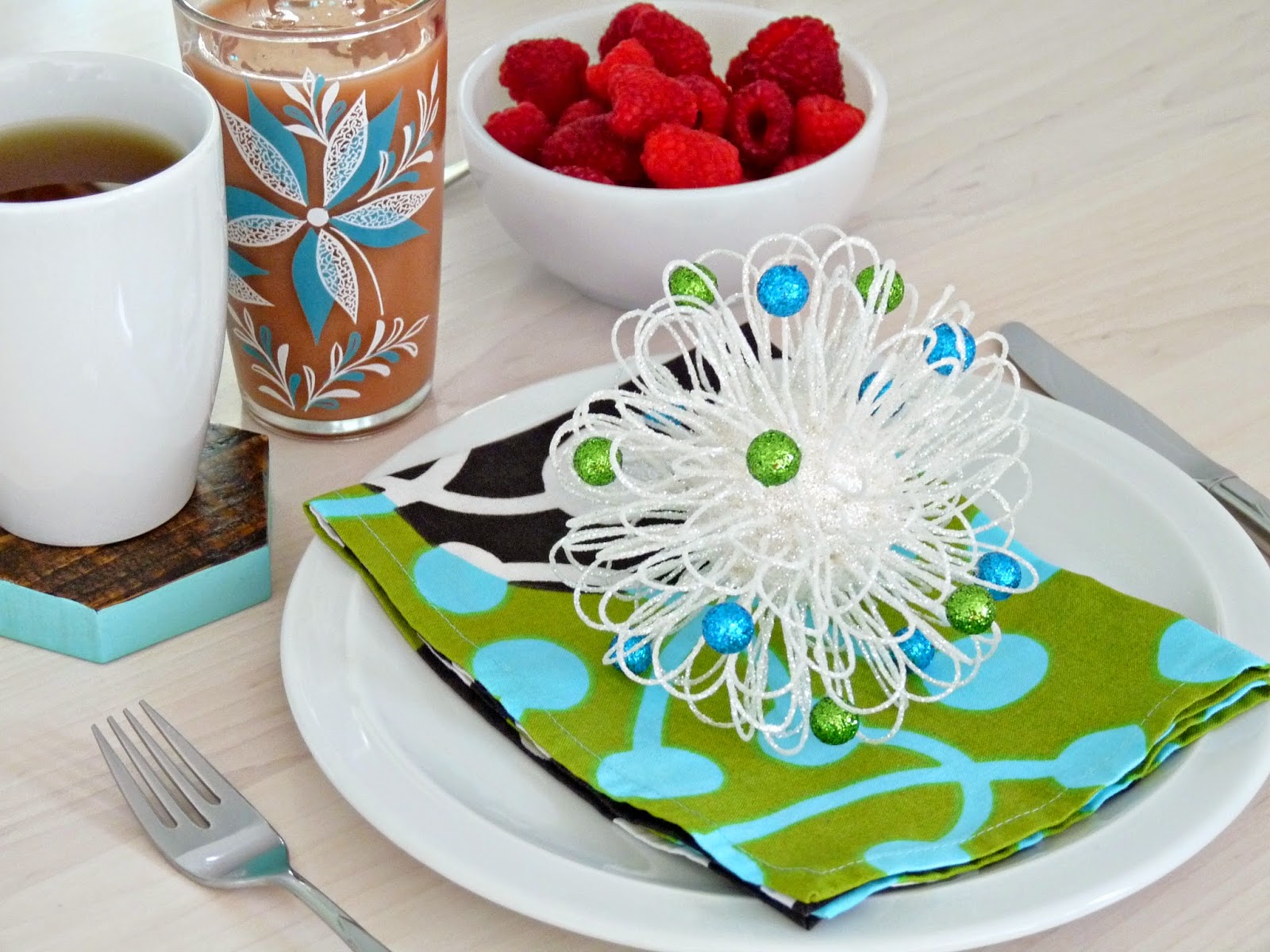 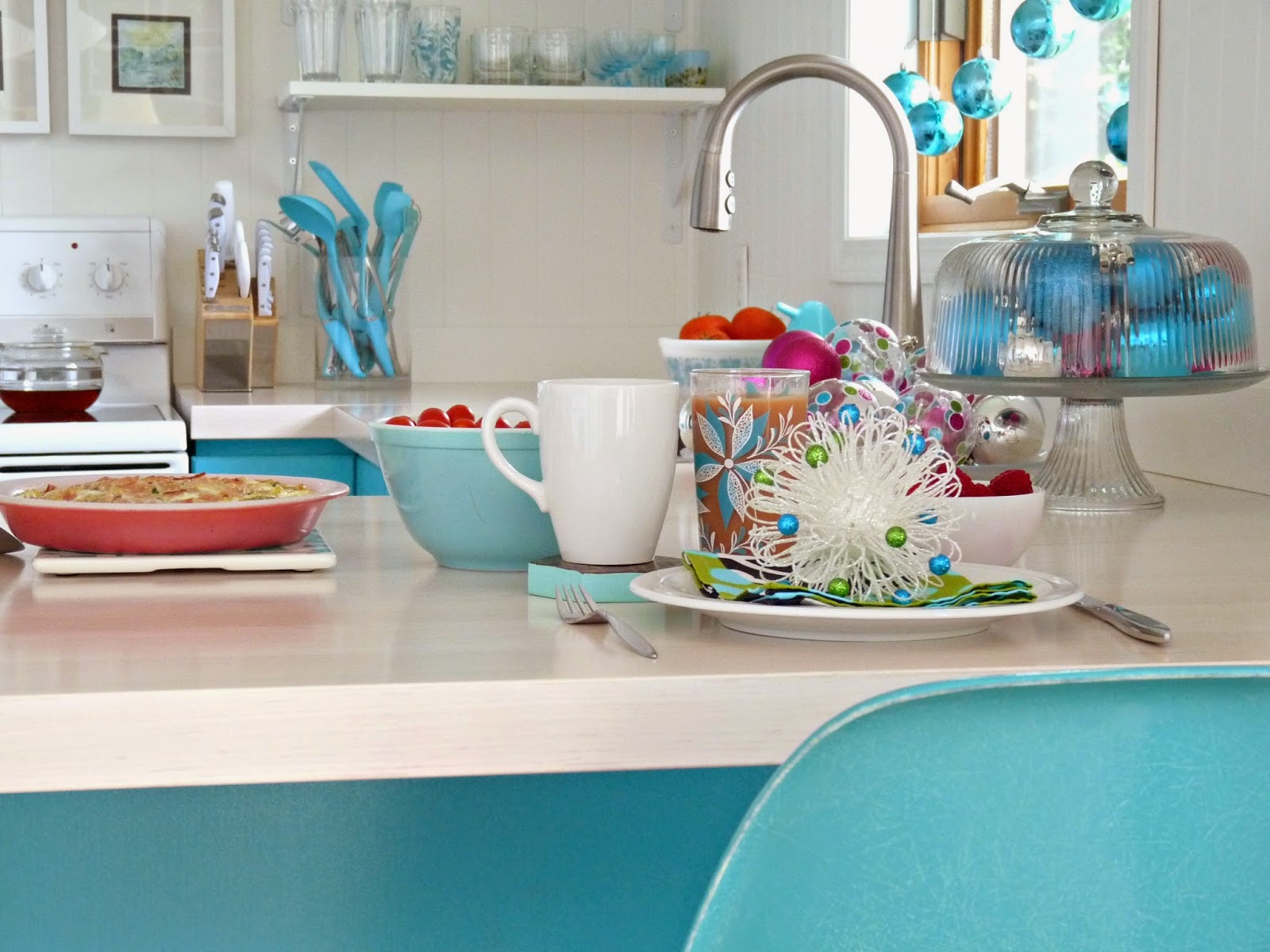 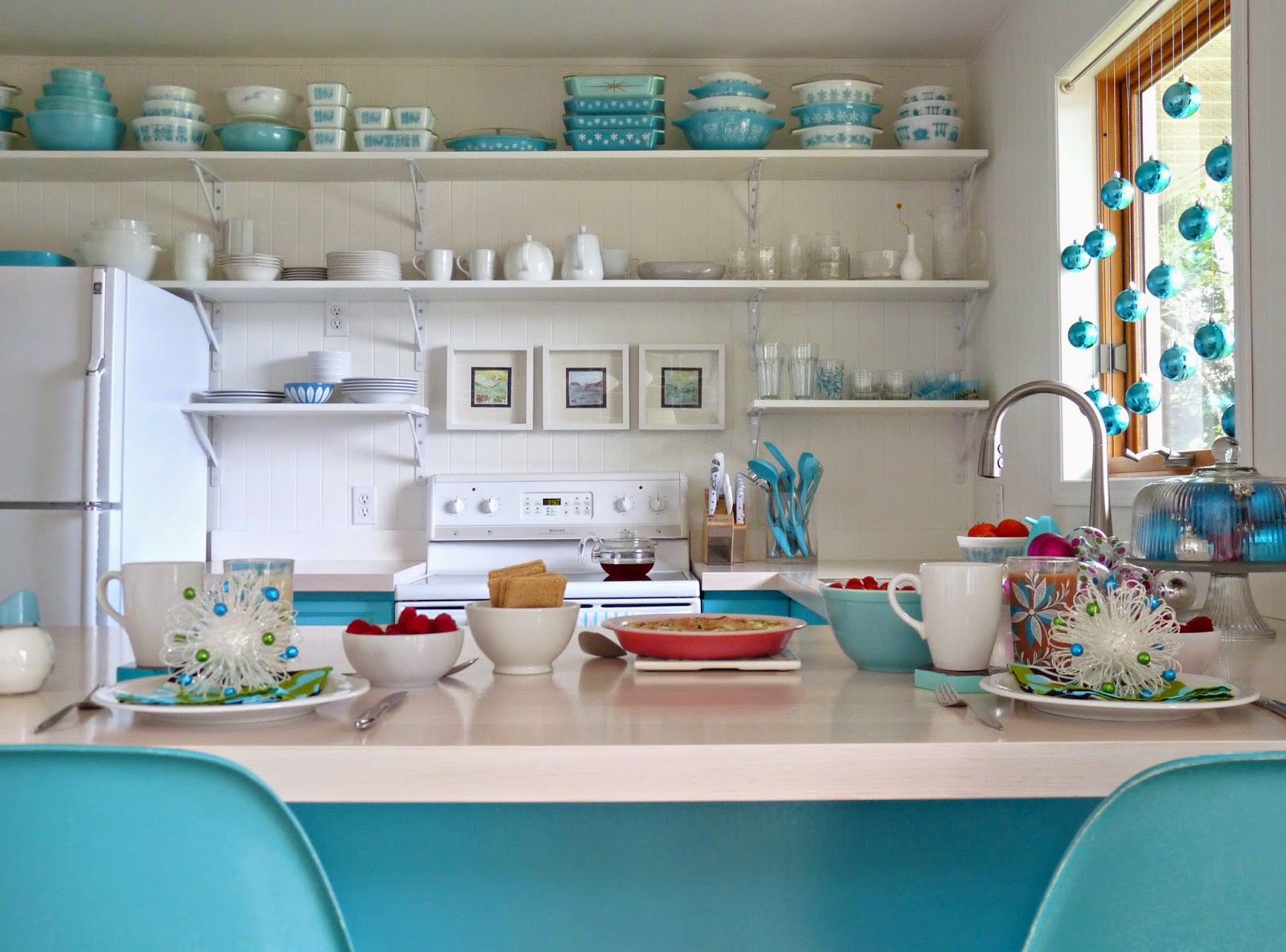 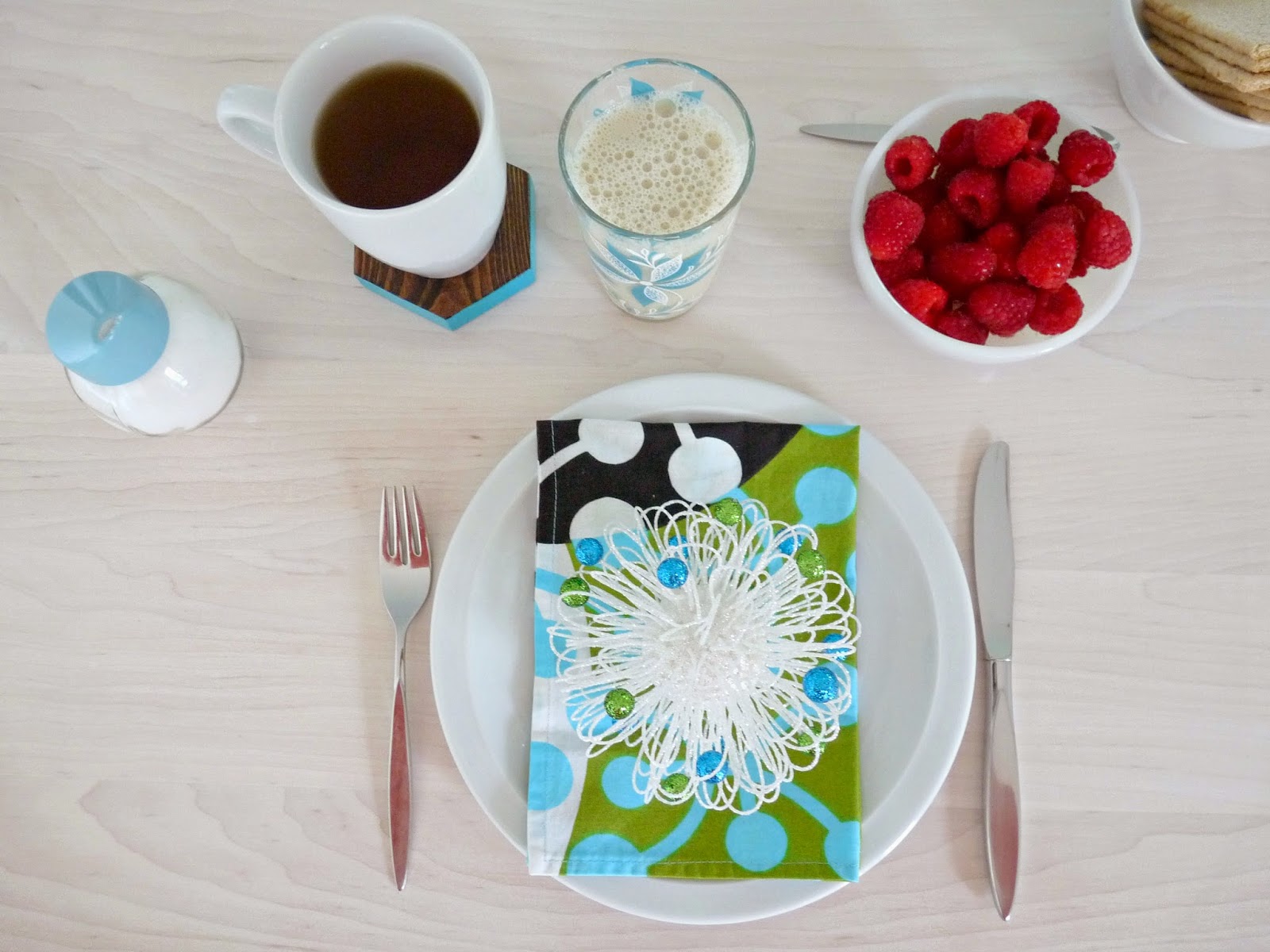 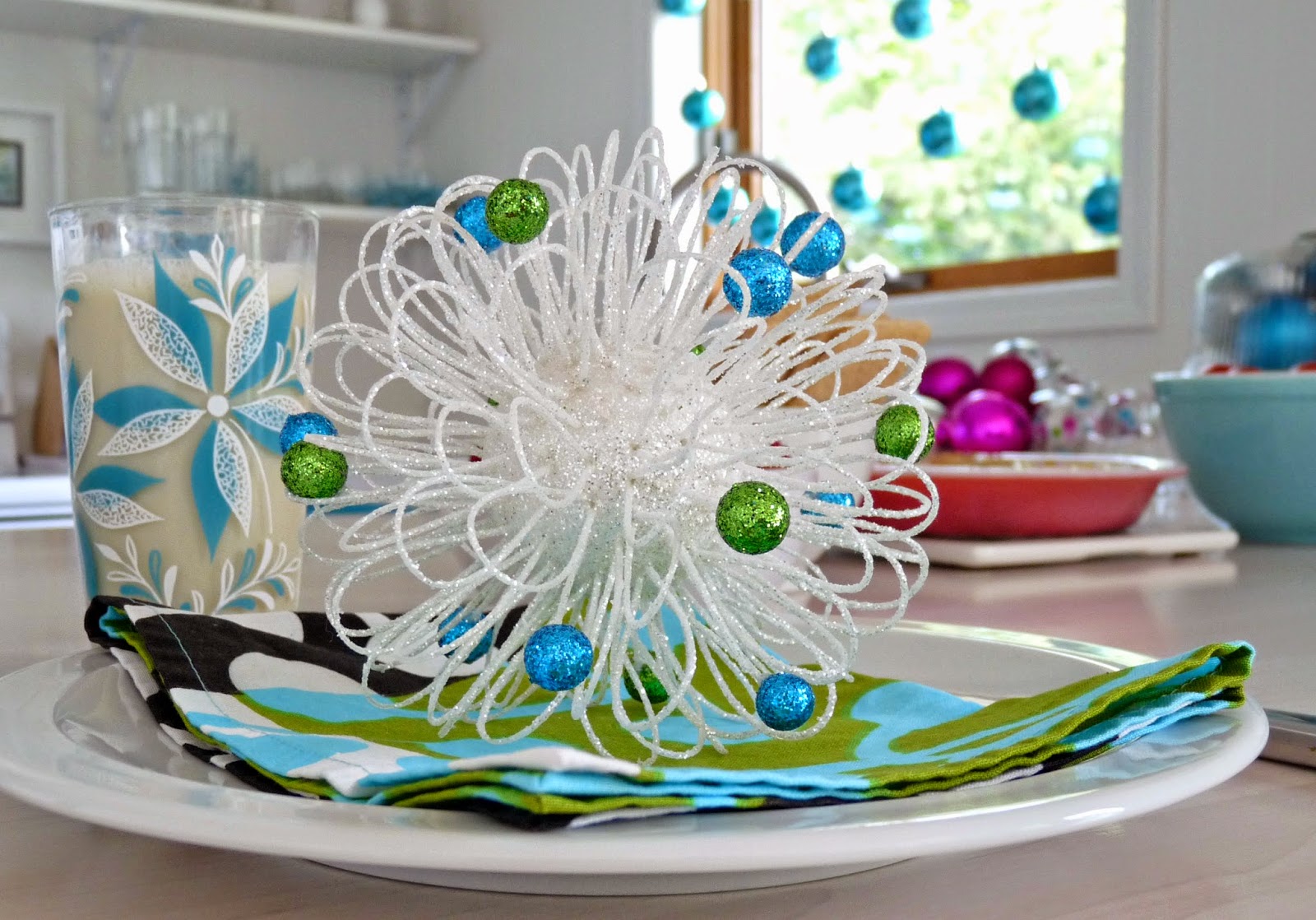 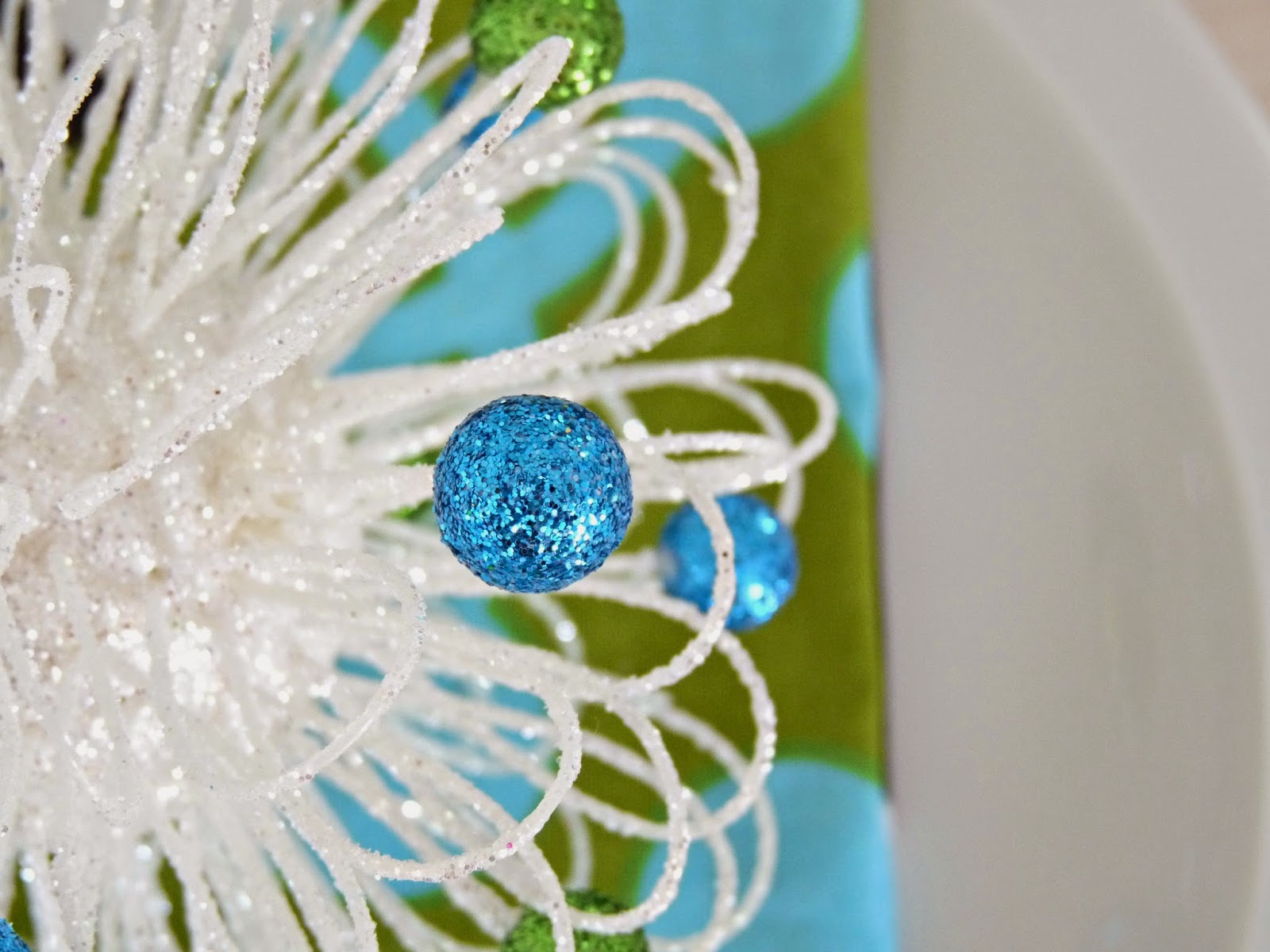 That wraps up my holiday-themed DIY projects!  It was my decision to space them out this way (I could have lumped them into one colossal post), but I worked so hard on these projects and photos that I didn’t want to rush through.  If you missed any posts or projects, here they all are: 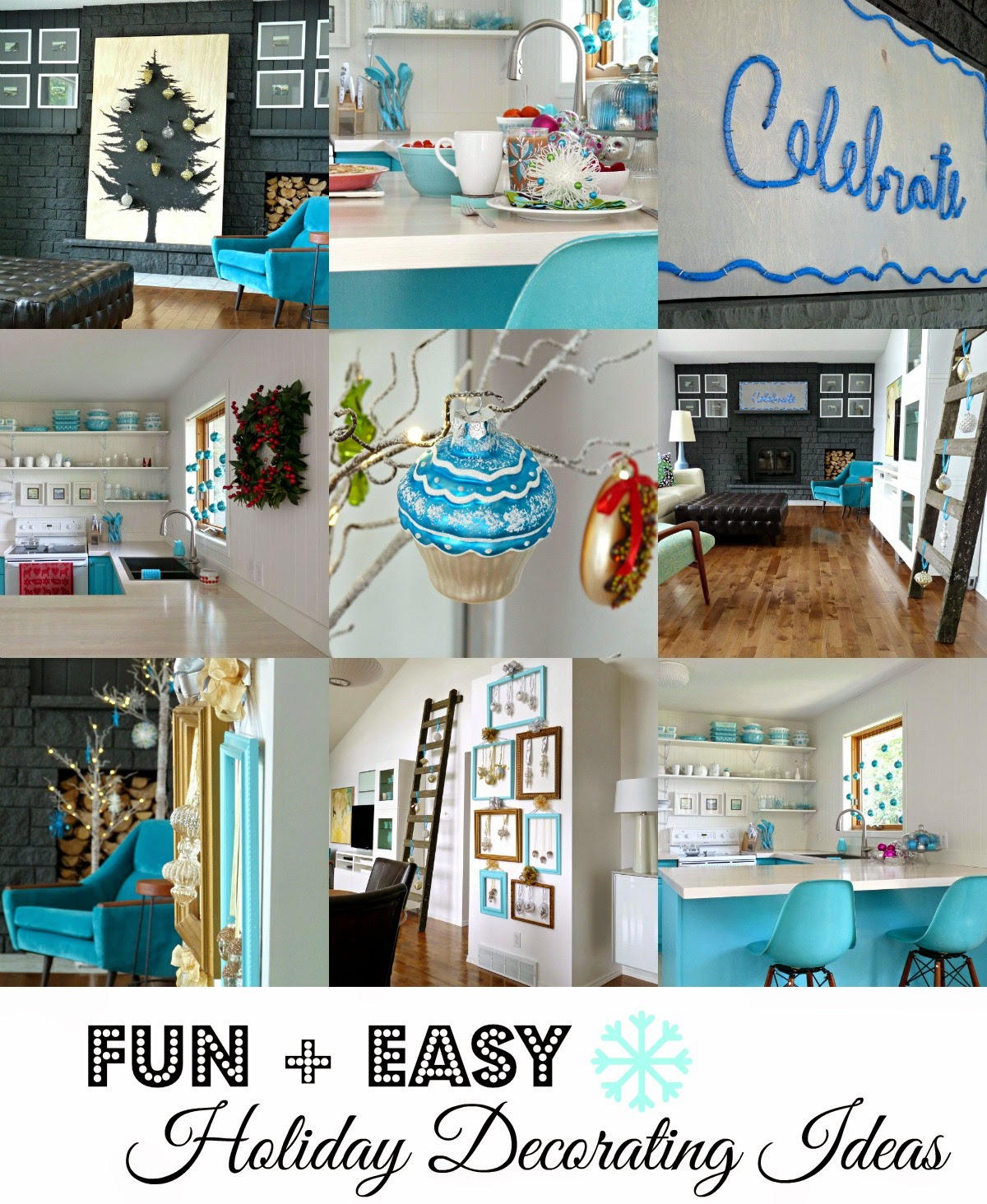 Thanks for letting me indulge in a little merriment this season.  It brought back a lot of childhood memories.  Have a great weekend!!