Looking back over my favorite projects from 2014, it’s evident that I didn’t do much crafting last year.  We were preoccupied with the move, unpacking, and settling in, and by the time things mellowed a bit, I had lost my crafting momentum.  I’m getting back on the horse, starting with a terrifically ambitious project: a densely embroidered bolster pillow, in different shades of teal, green, and turquoise (for the bedroom).  It’s going to be way more intense than my turquoise embroidery project. 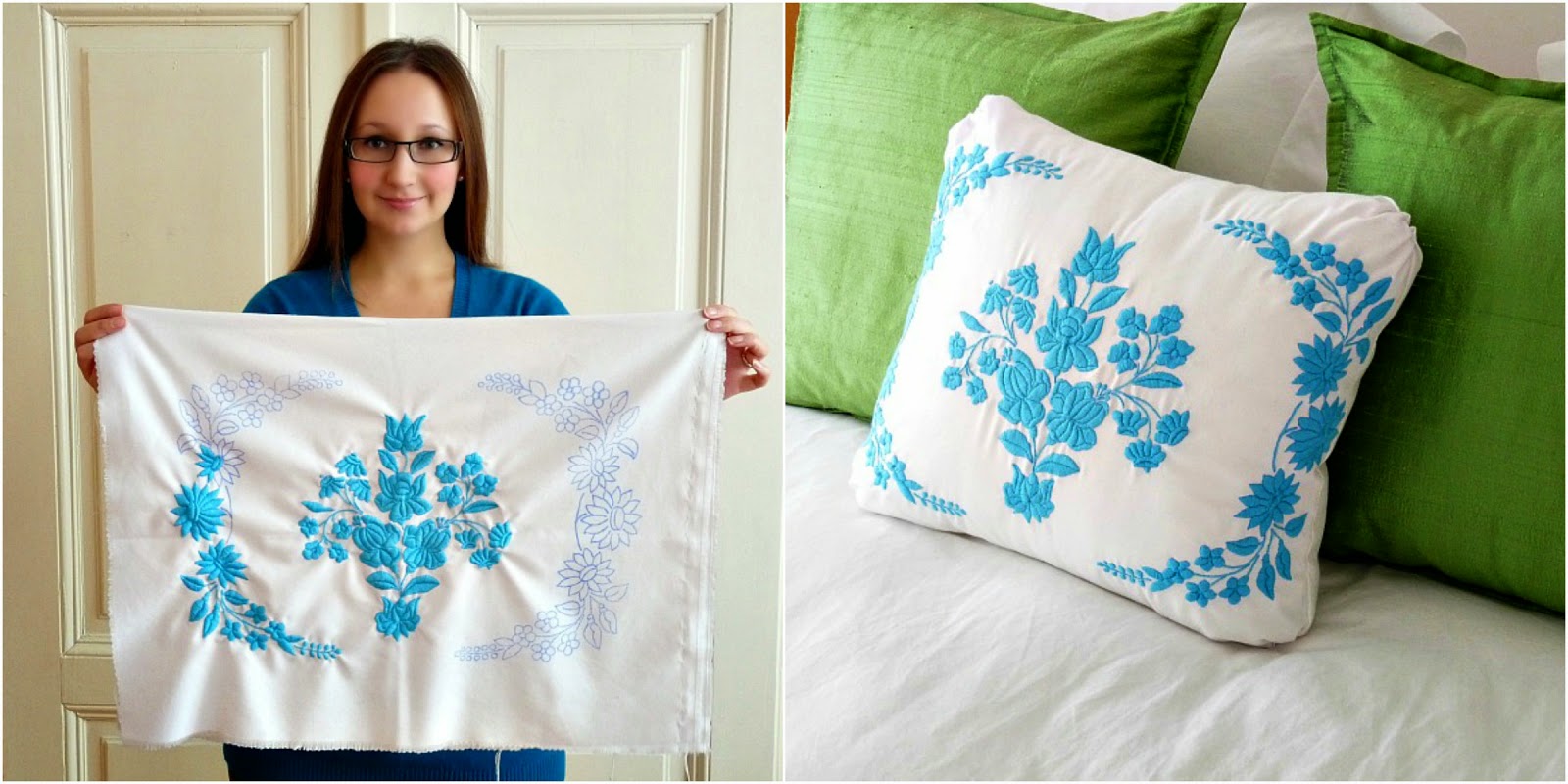 I promised an embroidery tutorial after I completed that pillow, but I didn’t pick up my hoop again until now.  A few people even repeatedly asked me for a tutorial.  I’m so sorry!  Truthfully, I barely have a handle on embroidery, so I felt ill-equipped to provide any sort of tutelage.  I intended to practice a bit first.  For this second project, I decided to just chronicle it with a little series, charting the process and sharing what I know (and what I learn) as I progress.  If I wait and practice a bit before blogging about it, we’ll all be 100 before an embroidery tutorial materializes.  Before I get into the nitty-gritty (designing/picking a pattern, transferring the design, choosing materials, “mastering” different stitches, and, hopefully, successfully completing another embroidery project), I wanted to share a bit about the history of Hungarian embroidery, because my first and current project are both modern adaptations. 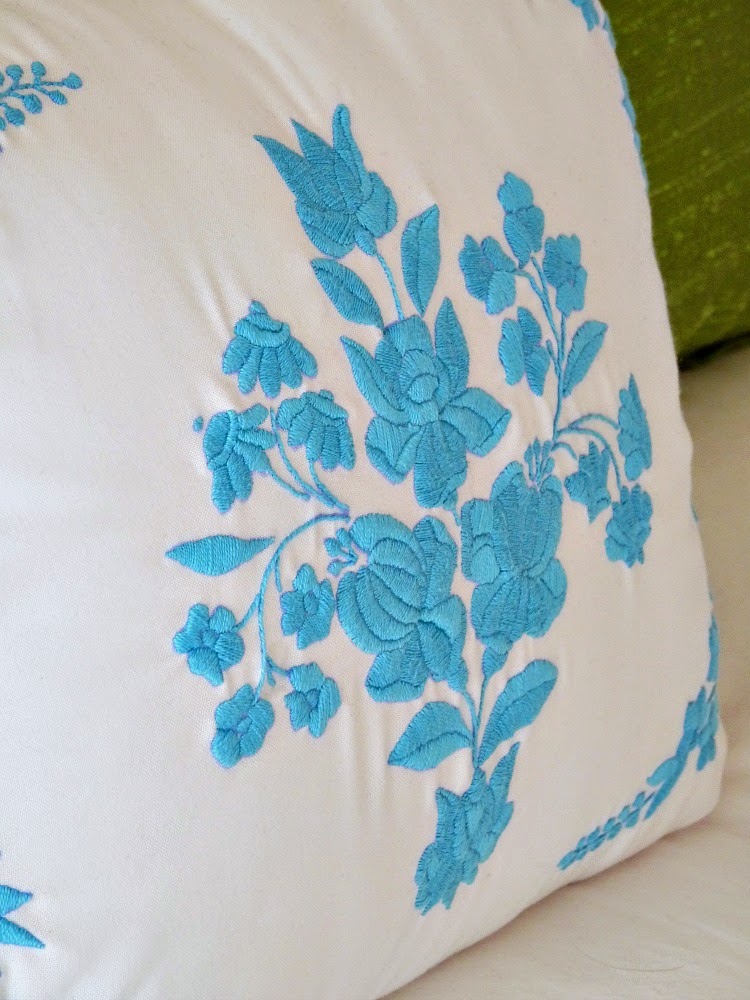 The history of Hungarian embroidery – like that of many other countries – stretches back thousands of years.  As early as the 11th century there were schools for weaving and embroidery in Hungary.  Historically, weaving/embroidery was gendered: men dominated the profession, but women created impressive textiles for the home.  Later, women created embroideries for sale to supplement the family’s income.  Today, although the practice of the art is declining, Hungarian embroideries, and the traditional motifs they showcase, remain an important expression of culture and you can find embroidered items in every tourist gift shop – and probably every home – in the country.  Interestingly, Hungary boasts more than twenty different folkloric regions, each with their own motifs, which can vary widely.  The picture below showcases some of the more well-known motifs:

My grandmother’s family, for example, is from the Kalocsa region and I can usually identify Kalocsa designs.  Don’t be impressed, because Kalocsa embroidery is very popular and often confused with being representative of the country in its entirety, so the odds are in my favor!  Some say that Kalocsa has the richest folk art (you didn’t hear that from me).

Although it’s known today for its bright and cheery colours, I recently learned that traditional Kalocsa embroidery was all white, like the beautiful embroidery my grandmother’s cousin made for Hubby and I as a wedding gift (I had it professionally framed, and now it hangs in our hallway): 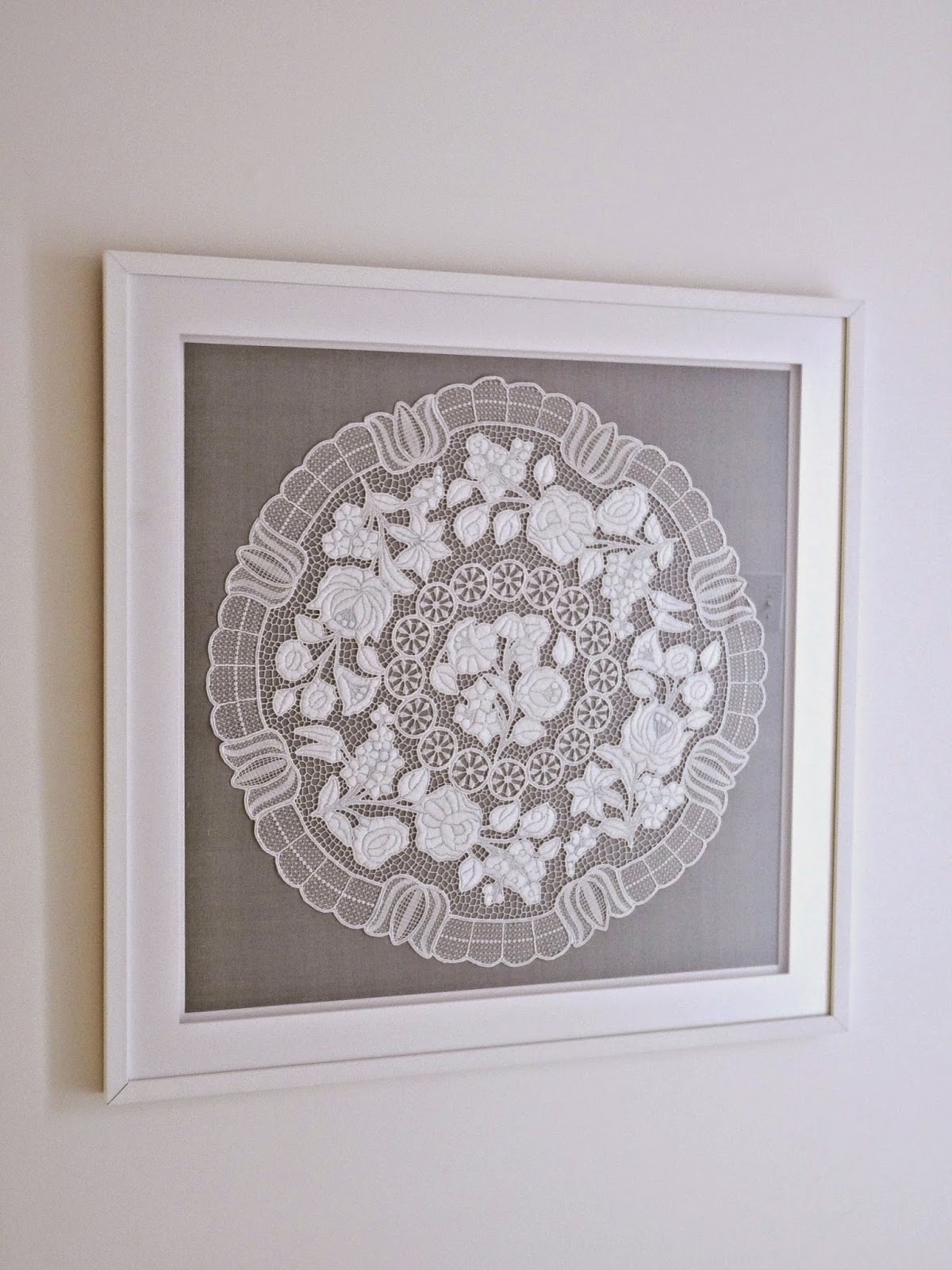 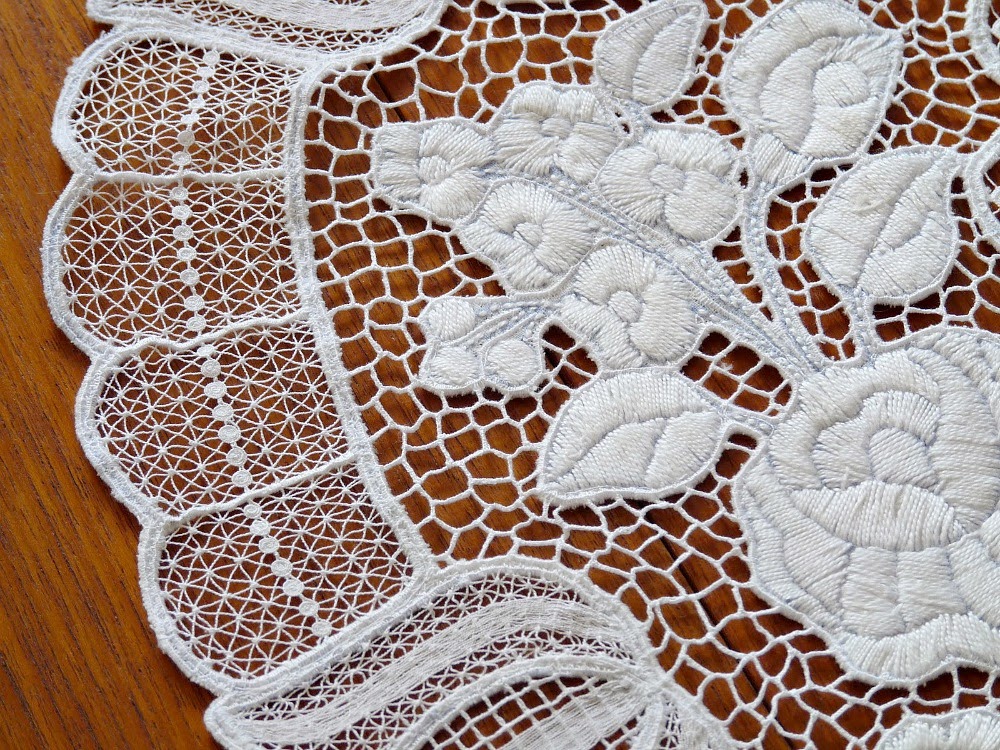 After the introduction of color-fast embroidery thread (mid-19th century, I read), colourful embroidery gained popularity in the region.  Certain colours were/are always used together, and many held meaning.  As a woman aged, the colour palette of embroidery she donned became more subdued, with certain colours – like purple – representing mourning.  The folk clothing was imbued with a great deal of meaning, this is just one example.

The motifs of the region, although varied, are recognizable once you start to compare different folk art within Hungary.  In Kalocsa designs, you’ll spot various flowers, berries, plus wheat sheaf and parika themes.  These motifs have long been utilized: they decorate the well-known Kalocsa Porcelain, and long before wall stenciling was Pinterest-worthy, Hungarian women in Kalocsa painted intricate designs onto their walls (the photo below is from the 1930s; you can see more photos from the 1950s here):

Don’t tell my family, but I’m also partial to Matyo embroidery, which typically boasts more densely embroidered designs, often on a black background.  I just love the shape of the flowers and how luxe these richly embroidered textiles look (shhhh).

Across the country, you’ll find Hungarian embroidery on everything, from clothing to tablecloths to decorative pillows to bed linens and more.  Some of these beautifully embroidered items were historically made for a young girl’s dowry, which would consist of hundreds of items and were a source of pride.  These items – plus the marital bed and other furniture – would even be paraded through town for the post-wedding “bed dance,” and wedding guests would judge the goods.  The nuptial bed consisted of two or three coverlets and nine pillows – I use this history to justify my throw pillow obsession to Hubby (I’m one pillow short).

Few Hungarians don full, embroidered folk costumes today (although you could see it in some smaller villages – I have! – and, of course, all over the country during cultural celebrations), but the designs are still relevant.

When I was in Budapest during Design Week, I noticed that many contemporary artisans and designers re-interpret folk designs with a modern spin.

I’ve always been fascinated by Hungarian history, particularly the folk art.  What I knew previously were just tidbits I learned at the kitchen table, but then I learned a bit more when I lived in Budapest for a semester.  In searching for a design for my newest project (photos soon!), I unearthed a little bit more history and lots of inspiration, which I wanted to share – but I still know so little.  I’ve stolen borrowed my Mom’s book, Treasures of Kalocsa, which I’ve been pouring over, so upcoming posts will discuss the art of pattern making, how to transfer designs, and how to do the stitches.

I’m excited.  But I have to admit that I approach my renewed interest in embroidery with a slightly heavy heart.  I don’t want to be too much of a Gloomy Gus, but my grandmother’s cousin – the one who made us the beautiful white embroidery I showed above – passed away recently.  I had the pleasure of visiting her each of the three times I traveled to Hungary.  I think she was pleased to see me learning to embroider when I was in Hungary last, but I’m not sure because she was tough to read.  After returning to Canada and completing my project I kept meaning to print some photos of the finished piece and mail them to her, but I never did.  I have no excuse.  She was very dear to my grandmother, and of course to her children, grandchildren, and great-grandchildren!  I feel for them, because she was a dynamic, strong, and thoughtful woman and I am certain that she is missed deeply.  Even though I barely knew her, when I think about her passing, my chest tightens and I feel waves of guilt wash over me.  My thoughts have turned to her many times, especially now.  I’m thankful that I had the chance to tell her in person how much I treasured her gift, and how she inspired me.  I’m grateful that I even had the chance to meet her!  She was such an interesting woman, and so kind to me.  I don’t normally have regrets, but I regret not taking the two minutes to send her a little note and some photos.