Before I share my collection of Iittala Festivo candle holders, I have to tell you a funny story.  Whenever Hubby spots some Iittala, he sort of squeals the word and drags out the vowels, with an extra screechy-ness on the I’s: “iiiiiiiittttaala”.  It totally cracks me up.  What can I say?  I married the absolute best guy.  Last summer he and I were yard-saling with my Mummu (see? The Best) and while Mummu and I busied ourselves scrutinizing a table full of china, I heard the soft tinkling of crystal behind us.  Hubby was crouched down, intently sorting through a box of glassware.  Turns out, he had uncovered a honey pot of Iittala (say it with me: iiiiiiiittttaala).  Once upon a time, I never found a stitch of Iittala in this city unless it was in a Finnish store or home.  Since moving back after a six year long absence, I’ve been finding Iittala yard saling, in the thrift stores, and even in the classifieds.  There are pieces I pass up, but every now and then I find a steal – or something I really want. 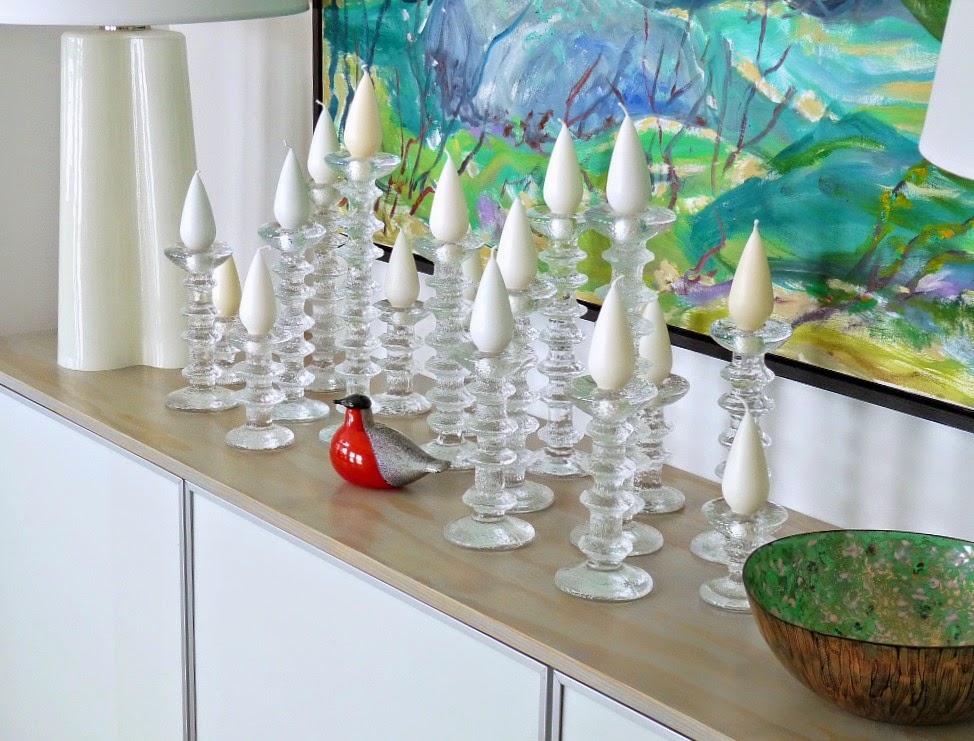 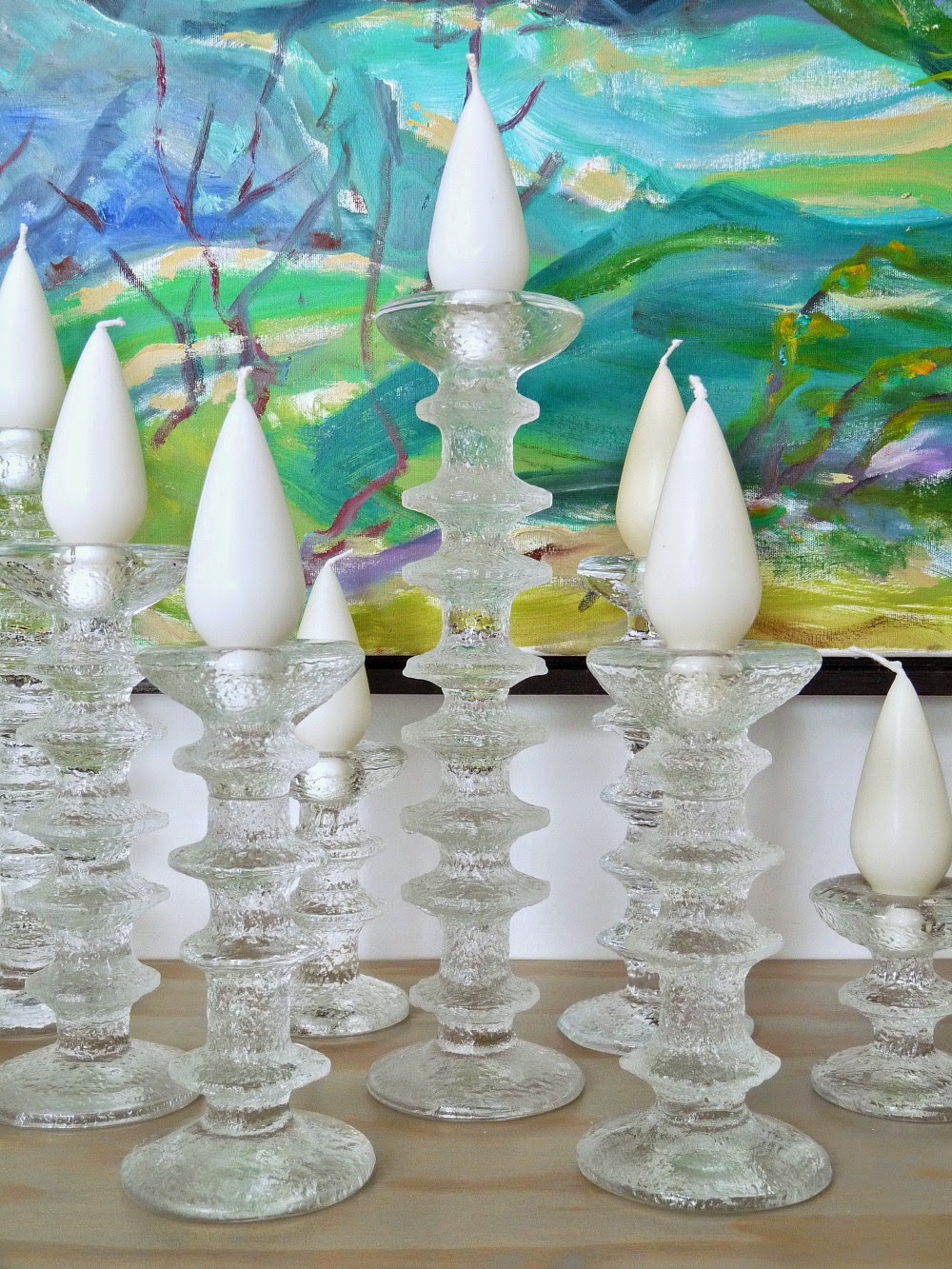 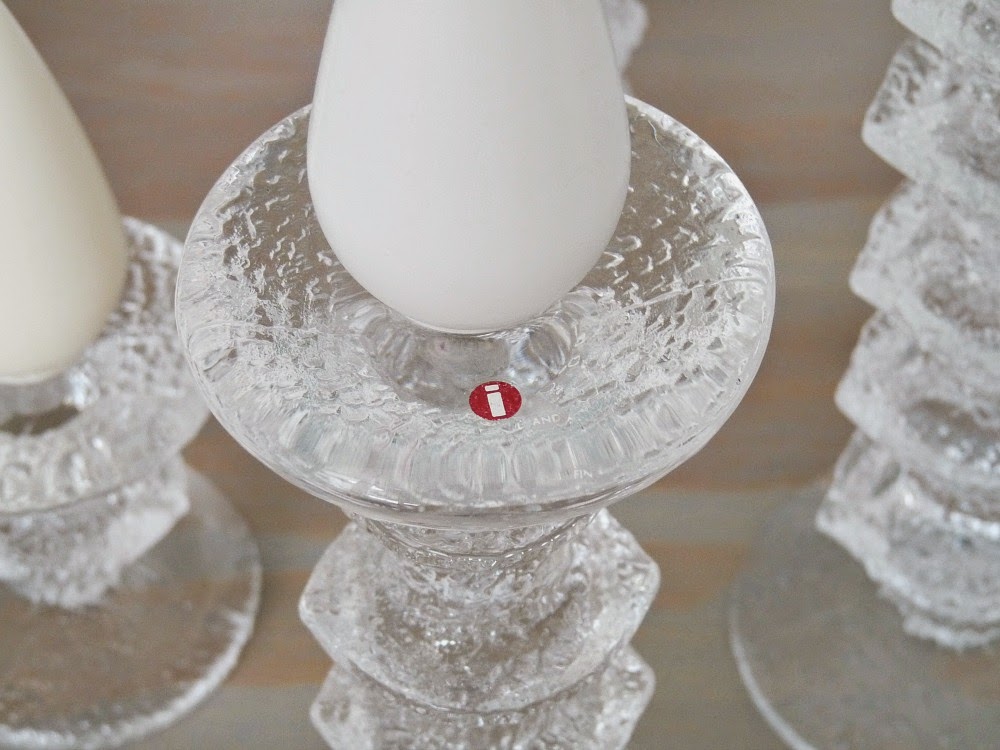 I was recently trolling the classifieds when  stumbled across a colossal collection of Iittala Festivo candle holders.  My Mummu was kind enough to give me her complete collection of Iittala Festivo candle holders, which is really special because she had one of each size and each piece was a gift from a family member, spread out over years with no duplicate sizes gifted – no one arranged this, either.  It just happened!  Obviously, I love the set she gave me but I always envisioned growing my instant-collection of Iittala Festivo a bit more.  I hadn’t yet found any for a good price, so stumbling across a lot was thrilling.  By the time I got in touch with the seller more than half had sold, but I scooped up what remained: 9 in total, which included four signed pieces.

Here’s my collection before (including two, 2-ring ones I stole from my Mom): 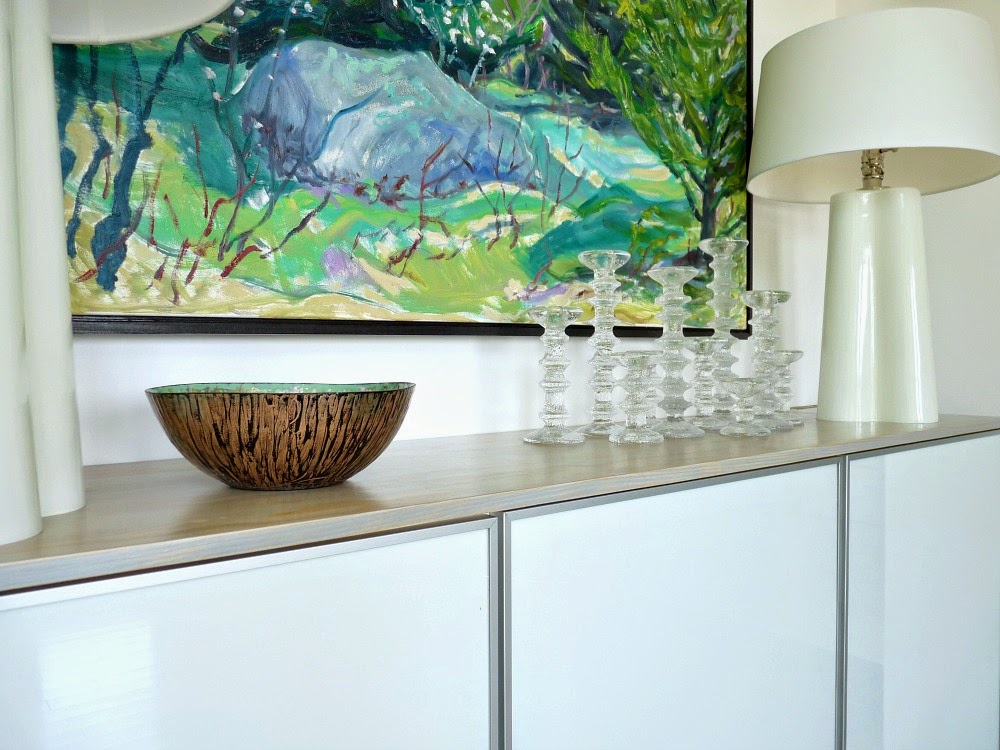 And my collection, a bit beefier now (but sans the two I stole from my Mom, who insisted I give them back once she saw my loot): 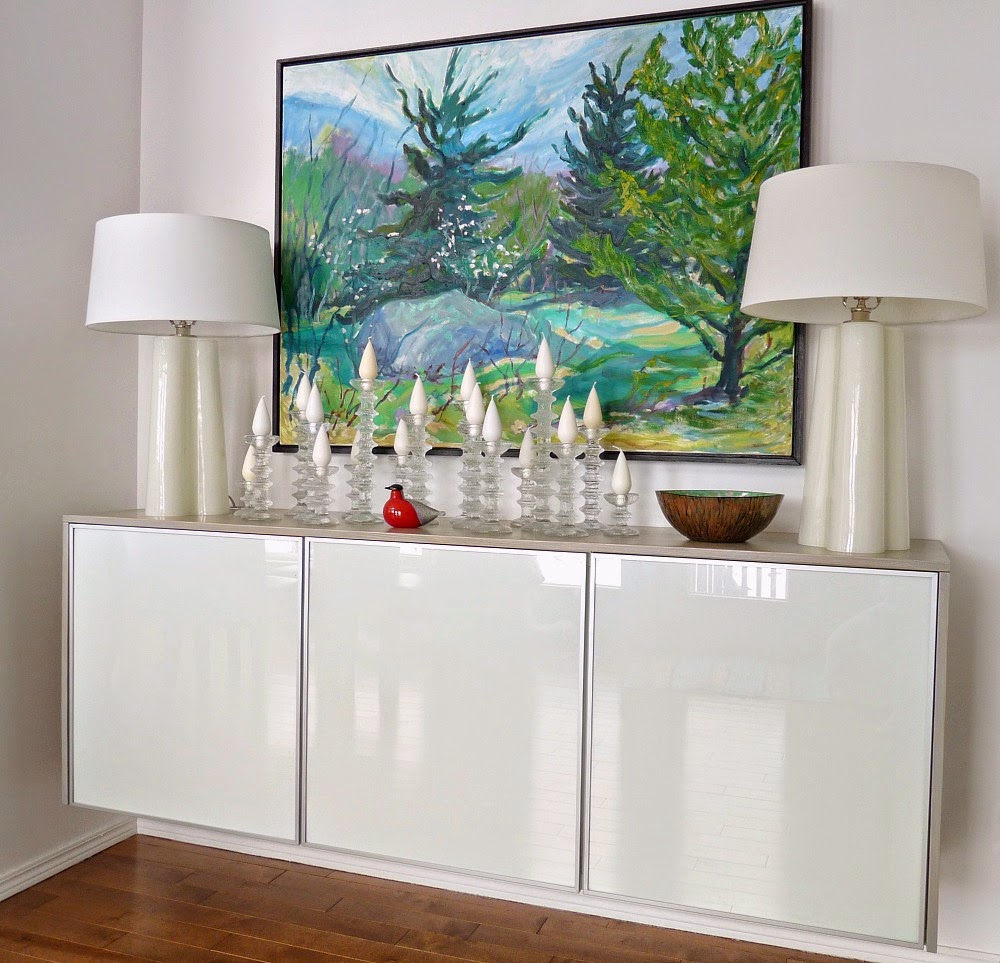 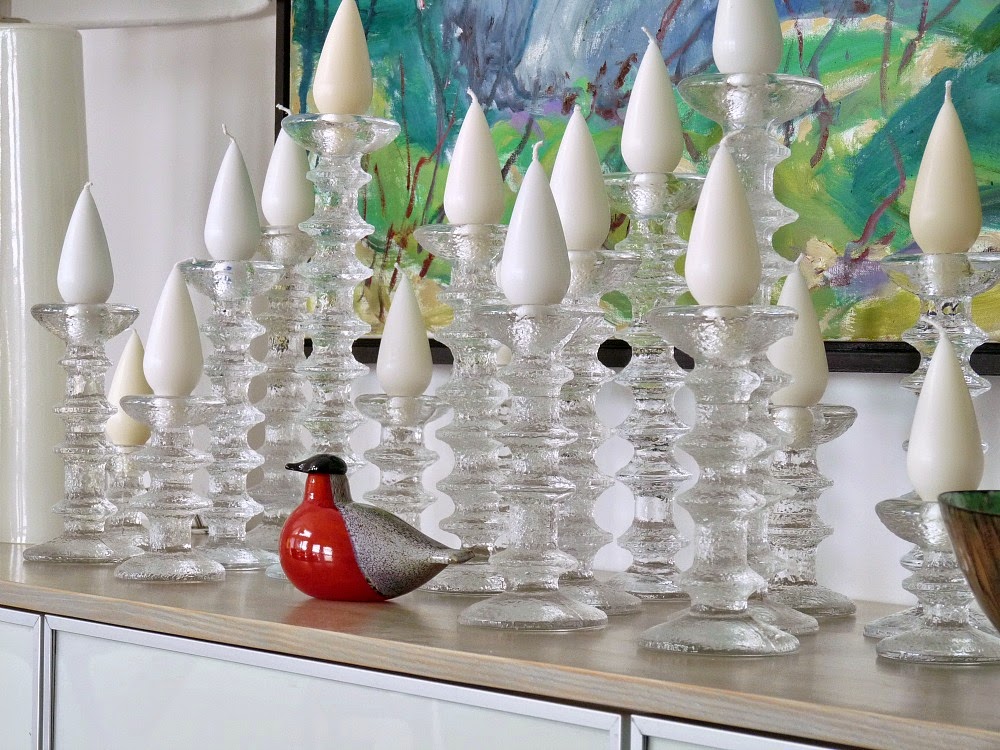 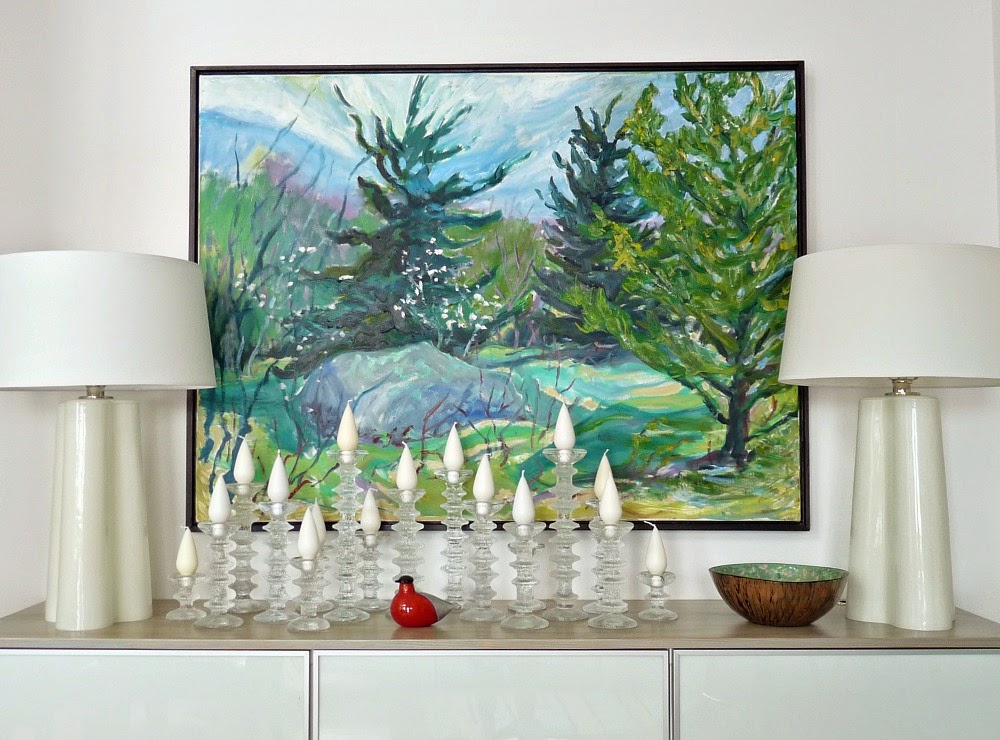 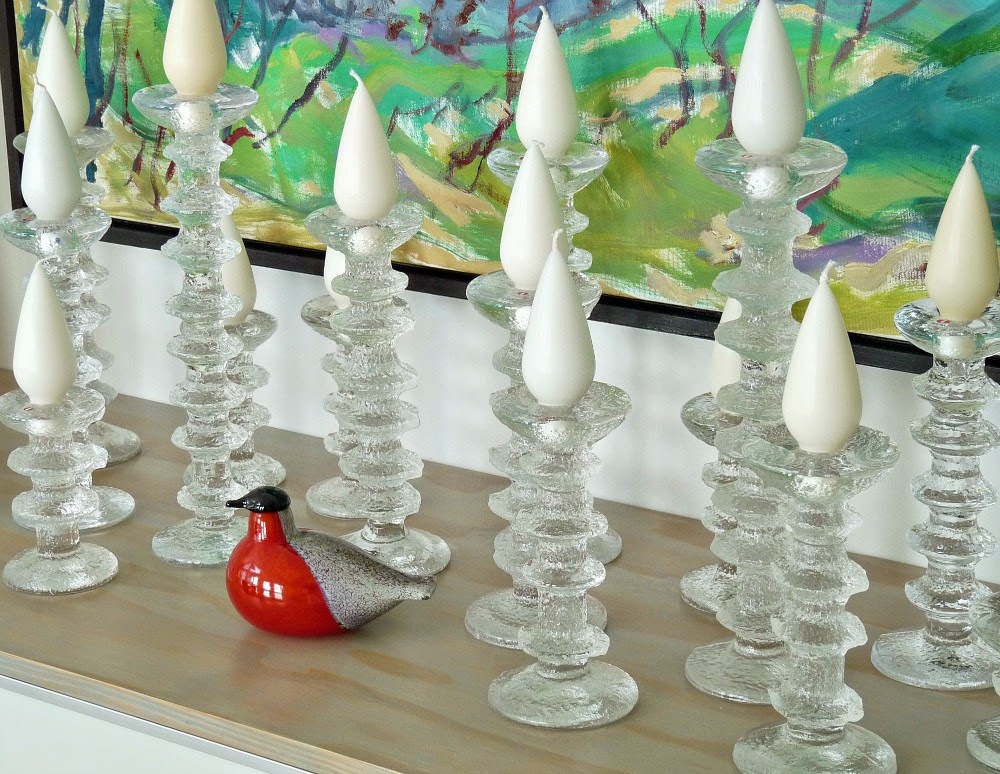 They’re definitely squeezing out my little enamel bowl.  For some reason I felt compelled to distinguish new pieces from my Mummu’s – although I’m letting them co-mingle – so I marked the bottoms of the newbies with a small silver star sticker so I know who’s who in the zoo. 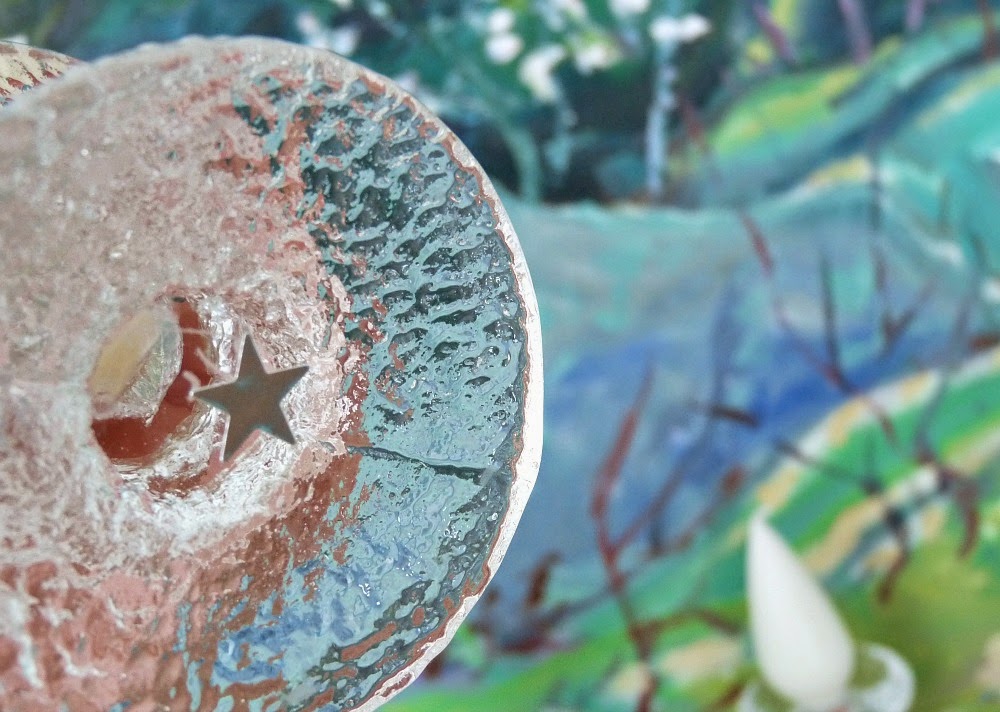 I have to admit that I felt a little woozy making this purchase – a mixture of sheer excitement and a little apprehension over spending the money.  I’ve been trying to be a tightwad recently because I’d like to make some big purchases – office chairs, bedroom closet doors, etc.  I’ve been squirreling away as much money as I can and forgoing the little luxuries whenever I can muster the willpower.  (Obviously, my money saving waxes and wanes).  But, as I reasoned with Hubby, I don’t tend to buy many accessories for our home and when I do I’ve normally scored a great deal – usually snagging something fabulous second-hand.  Though more expensive than a normal thrift store score, these were an excellent price too.  Plus the Festivos are, in my opinion, a classic and timeless design.  They were designed by Timo Sarpaneva in 1966 (who also came up with the “i’ logo), and produced since 1967.  And other than our kitchen shelves and this credenza, I don’t have too many spots to accessorize – so I want to make a statement with a collection en masse.