Recently we had to figure out what to do when your well runs dry in winter!  It’s been over a year since we moved out to the sticks and I have to say that other than close proximity to grocery stores for late night ice cream runs, I don’t really miss living in the city.  That’s not to say that country living doesn’t have some pitfalls – like this surprising well problem.

My Mummu and Mom were actually visiting me when I consumed the last drops of water.  Hubby was out of town, so us gals were tinkering with the Etsy shop.  I was washing a few new finds when the water started to come out in spurts – like there was air in the lines.  Was the pump failing?  Were the lines frozen?  Was the well dry?  All of these were questions that I was ill-equipped to answer.  I crawled into our basement to investigate.  The pump was working overtime and making angry noises, but I didn’t spot anything else out of order.  I wasn’t standing knee-deep in water, so that was a good sign.  I tried calling Hubby, but I couldn’t reach him.  It was getting dark and I didn’t like the prospect of a water-less evening, so I tossed some clothes in a duffel bag and booked it into town, actually “blowing the doors off” my Mom’s Jeep as I passed her on the highway apparently (she drives slow).  I was able to reach Hubby shortly after rolling into town.  He asked if I’d thrown the breaker on the pump before I left.

At 10pm my Dad and I drove the hour back out to the lakehouse.  I threw the breaker (and puttered for a few minutes, to my Dad’s chagrin), and then drove another hour back into town.  At least I could sleep easy, knowing the pump wouldn’t overheat and catch fire.  The next morning I drove back out to our house to meet my father-in-law, who kindly drove out from his place to investigate.  Long story short: our well was dry!  I also learned that the well cover is ridiculously heavy concrete.  We suspect that because of our really, really cold winter, coupled with very little snowfall, the three sources that feed our well had frozen.  That’s the problem with less snow: it doesn’t provide the insulation we country folk need.  So, the big question: what to do when your well runs dry in winter?  Fortunately the lines to our house weren’t frozen, so we were able to pay for a water delivery ($225).  At first, the water level kept dropping so the whole truck ended up getting pumped into our well – it’s the same price, apparently, whether we need some or all of the water.  We had no idea if the water would stay, or disappear overnight, because unlike a reservoir a well won’t just hold water indefinitely.  I started melting snow to flush the toilets and we crossed our fingers. 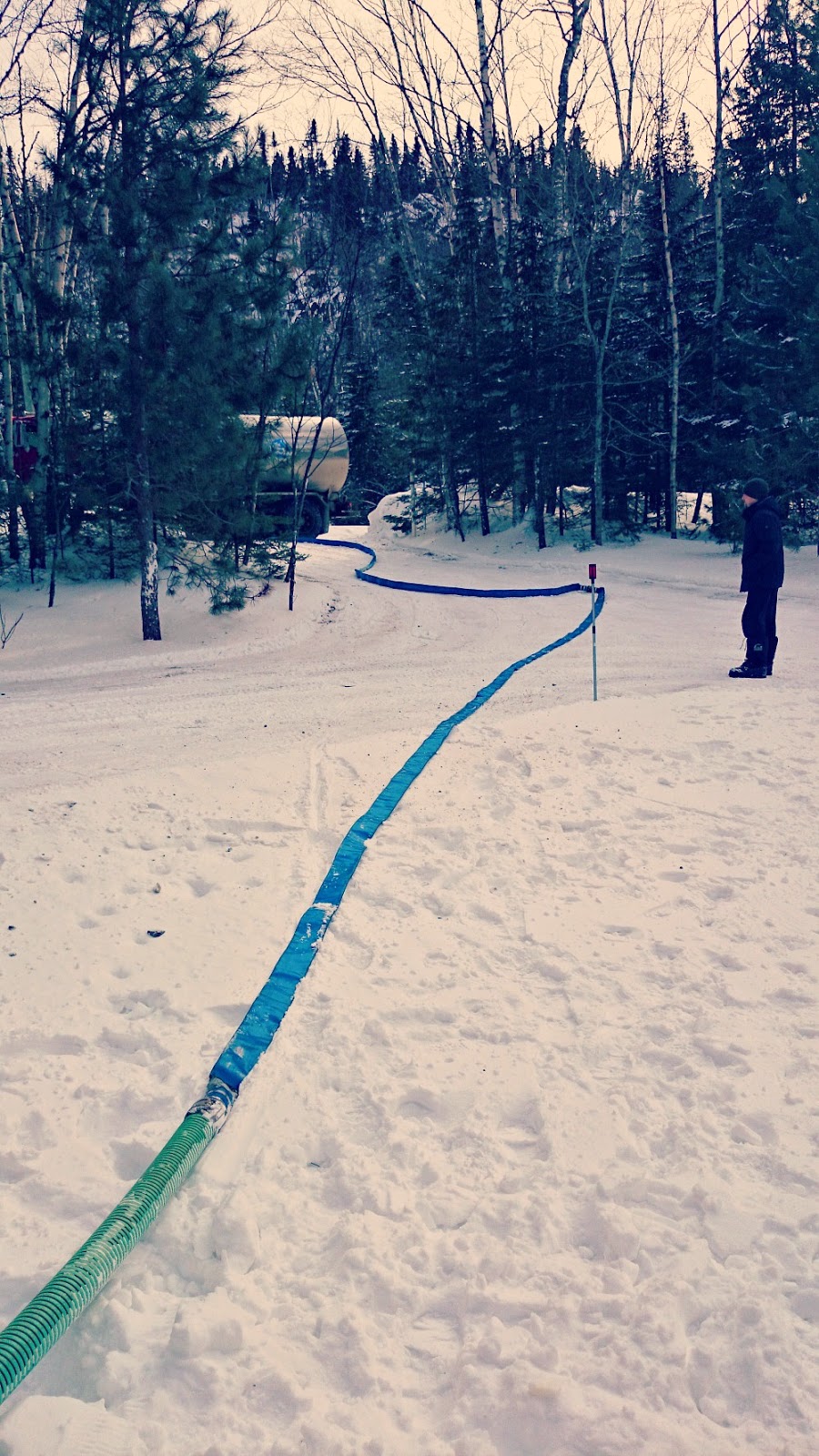 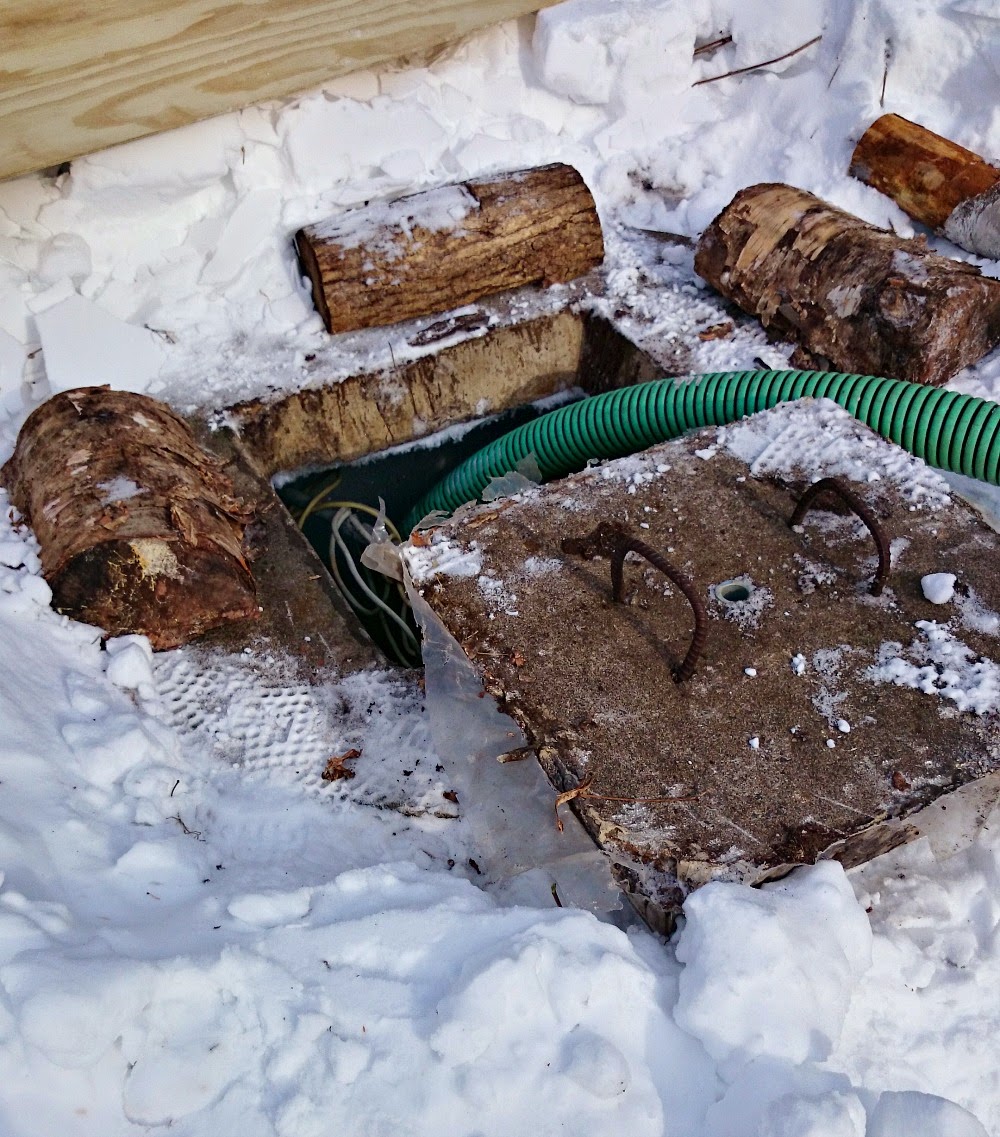 It looks like topping it up – combined with balmy temperatures that helped things thaw just in time – worked, because we’re back in business.  We check the level daily and, not only did enough water stay in the well, it also looks like water is coming in again because the levels have dropped only a little bit despite us using it.  Whew!  Lucky for us that this didn’t happen earlier in the winter because we might have had to make a monthly, or weekly, appointment for water.  I know people who have gone a month or more without water because their well or water lines froze, and so a water delivery wouldn’t even help.

Just another reason to love spring!  And another way that rural living keeps us on our toes.  Next time I’ll have to tell you about our $400 internet bill…