My Mom had been bugging me to get my hands on some wallpaper for a project she had in mind, so when I acquired a roll of a mid-century inspired pattern, I handed it over to her!

When she saw the wallpaper, my Mom wanted more – to wallpaper her kitchen!  But we had already dropped $30 on a super-sized tub of Mod Podge, so we stayed the course.  Her plan was to recover a bunch of hat boxes she bought at HomeSense years ago.  She no longer loved the floral pattern and after we snapped some “before” photos, she realized she had about seven in total.  She hoped to recover them all. 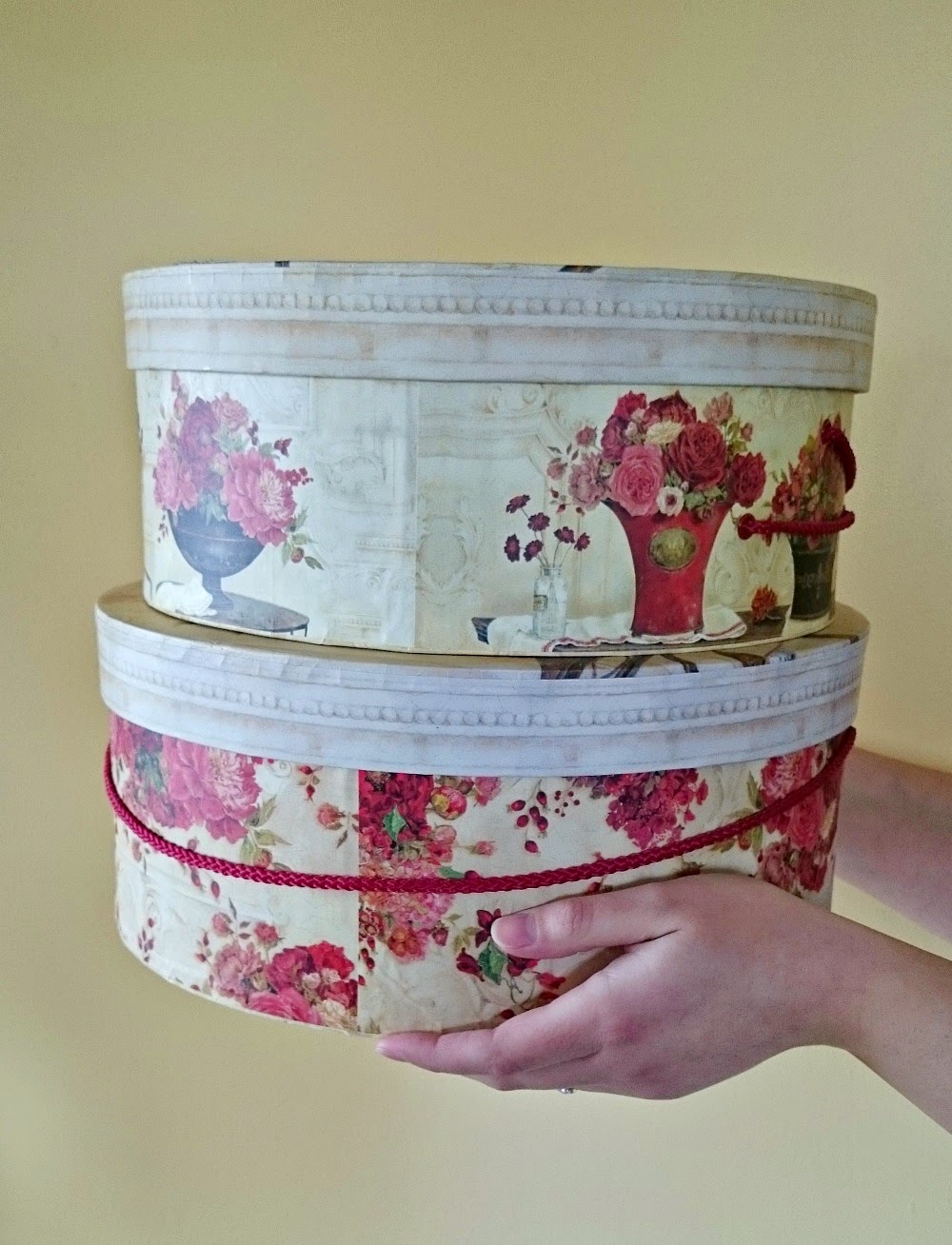 We plotted our moves, deciding how to position the pattern of the wallpaper on the boxes.  We snipped the edges so we could fold them over neatly underneath the box.  We were on a roll! 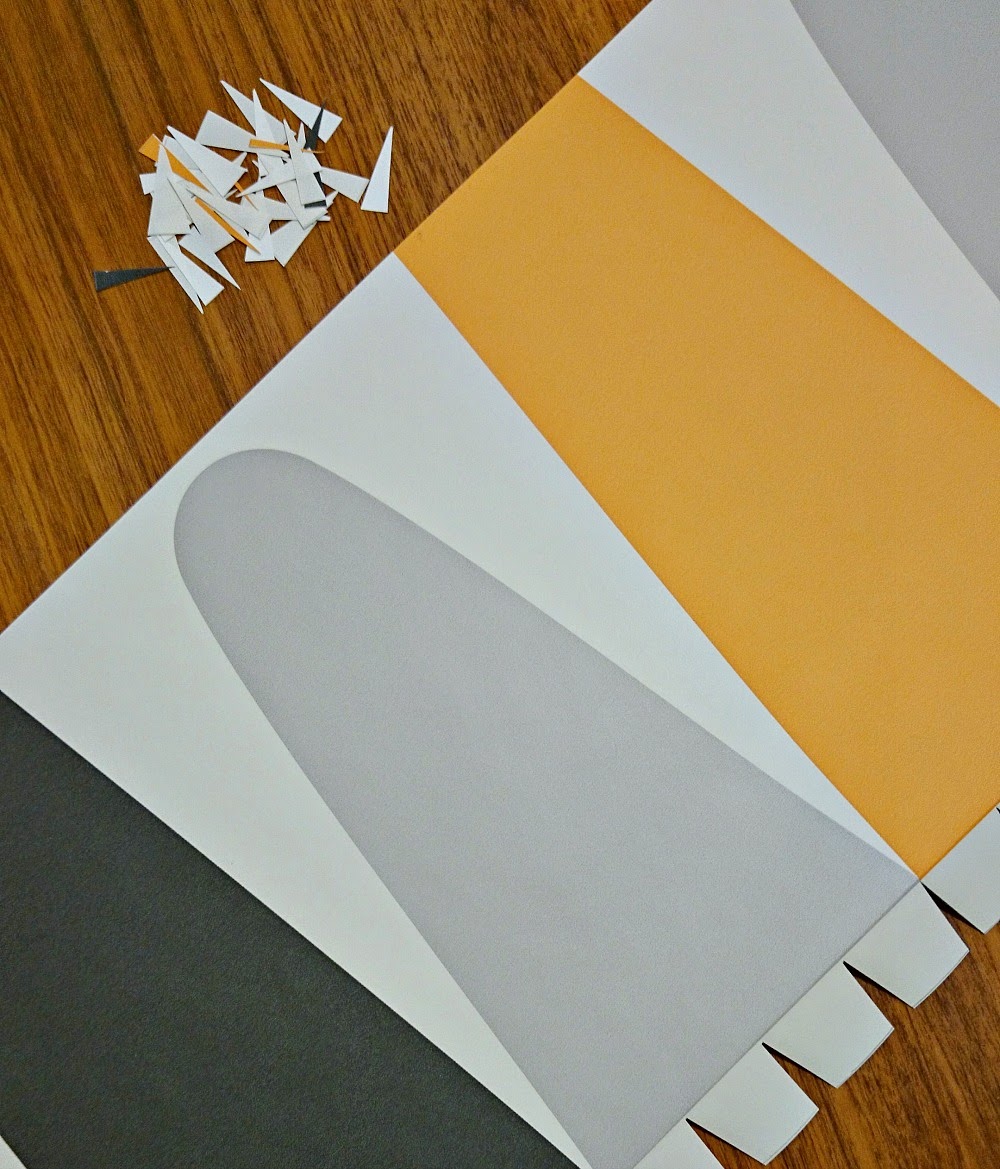 Hey, did you know that Mod Podging is really flipping difficult?!?

Neither of us had ever used Mod Podge, but hours of gluey sticky smudgey mess later, we determined that the Hat Box Recovering Project was not going our way.  The wallpaper is THICK and did not want to be wrapped around a round box.  Truthfully, our beginner Mod Podge skills were the bigger issue.  The paper ended up bunchy and severely wrinkled in a couple of places. 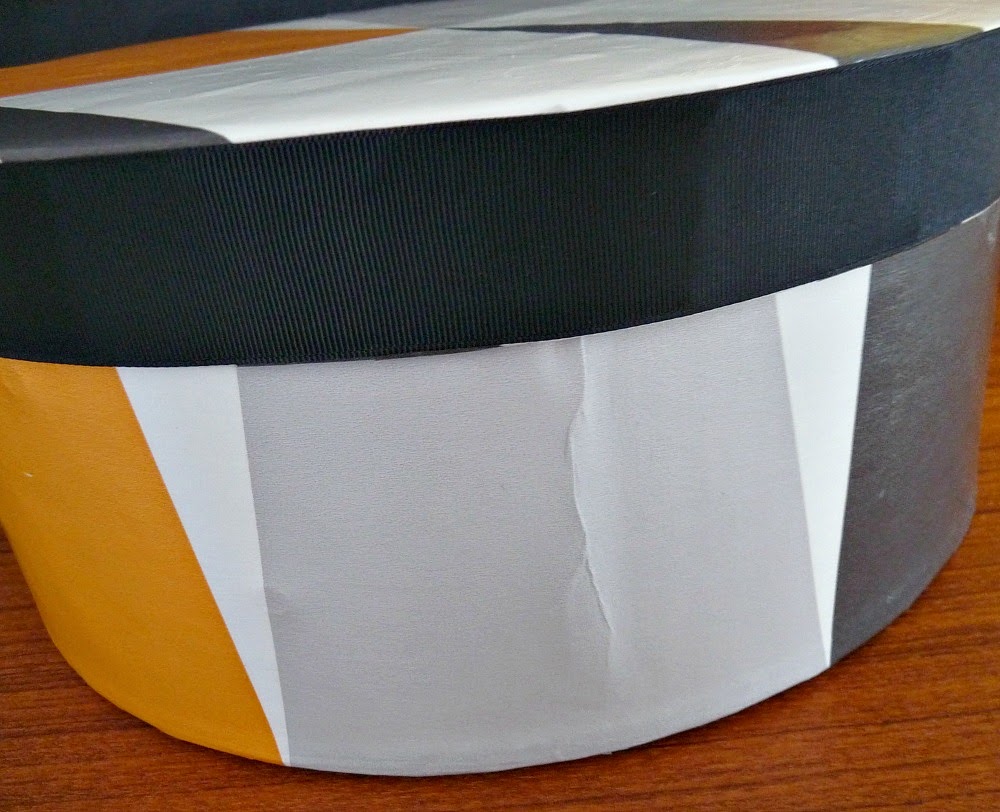 We added some black ribbon to the lid, which looks cute, but I think this qualifies as a #craftfail.  We’re actually too intimidated to even tackle the other six hat boxes… 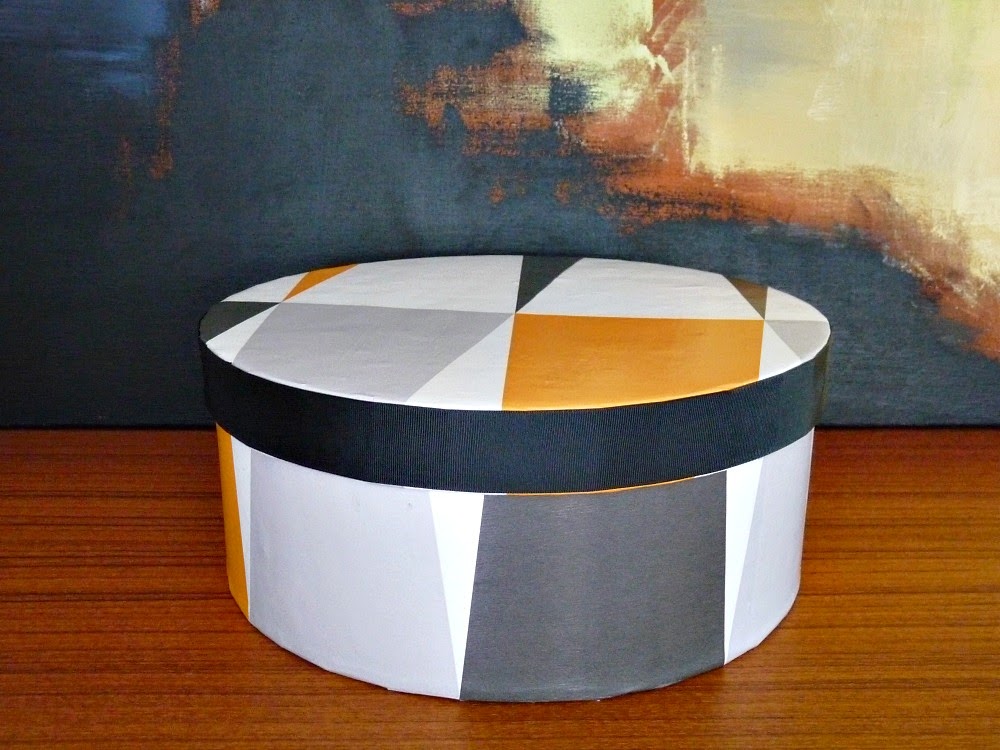 Have any of you used Mod Podge?  Any tips/tricks for using thicker paper?  Any Mod Podge fails of your own?  This is a really humbling moment for an avid DIYer like myself 😉 But, you win some, you lose some.