It’s Monday!  I have a funny story about Szuka, which I hope makes you smile.

Last year Szuka mostly avoided the lake, until Hubs and I jumped in one day.  Szuka reluctantly joined us, but then proved herself to be a strong, if a little timid, swimmer.  The fall encroached quickly, followed by the ice, and Szuka didn’t get much time to test her sea legs.  Last week I spent an afternoon raking, with Szuka at my side.  She plucked a super mangy piece of driftwood from the shore – just totally rotten and disgusting –  so I tossed it back into the lake as soon as I could get my hands on it.  To my surprise, she dove in after it.  I started tossing stick after stick into the lake.  No matter how far I threw a stick, she obligingly retrieved it.  After last year’s tentative swimming, I’m surprised by how much she loves the water! 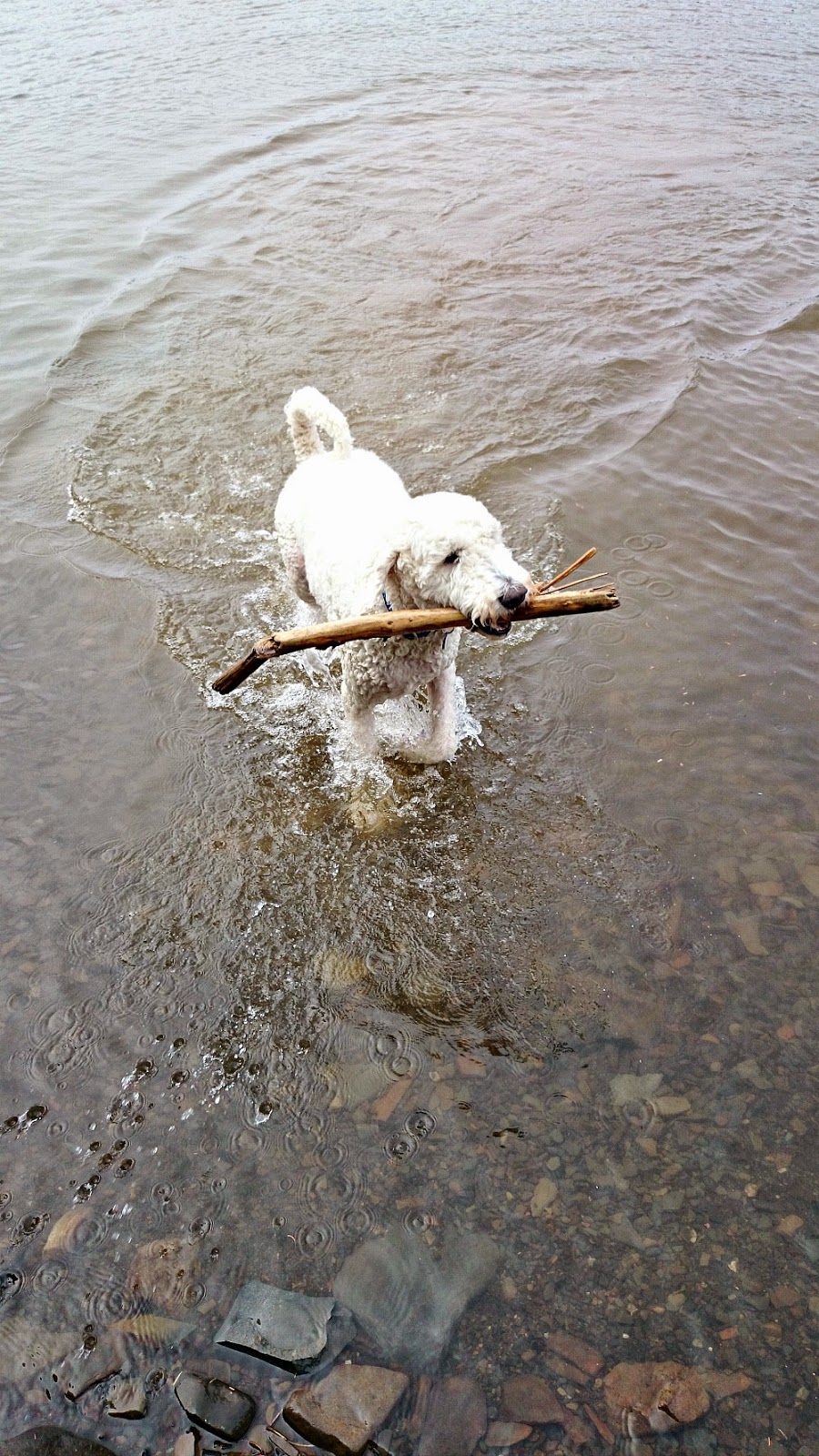 Here’s the funny part.  Hubs and I were sitting on the shore, admiring my handiwork and the view, and she was chewing a stick near us.  Then she heard geese squawking across the bay and took off running across our neighbour’s yard.  We yelled at her to come back, and she did – begrudgingly.  She knows she’s not allowed off our property – and she knows exactly where the property lines are – but sometimes the urge to protect us makes her willful.  She wouldn’t come back and hang around us, but instead decided to wade into the lake and inspect our dilapidated dock (unusually high water levels last year totally destroyed it). 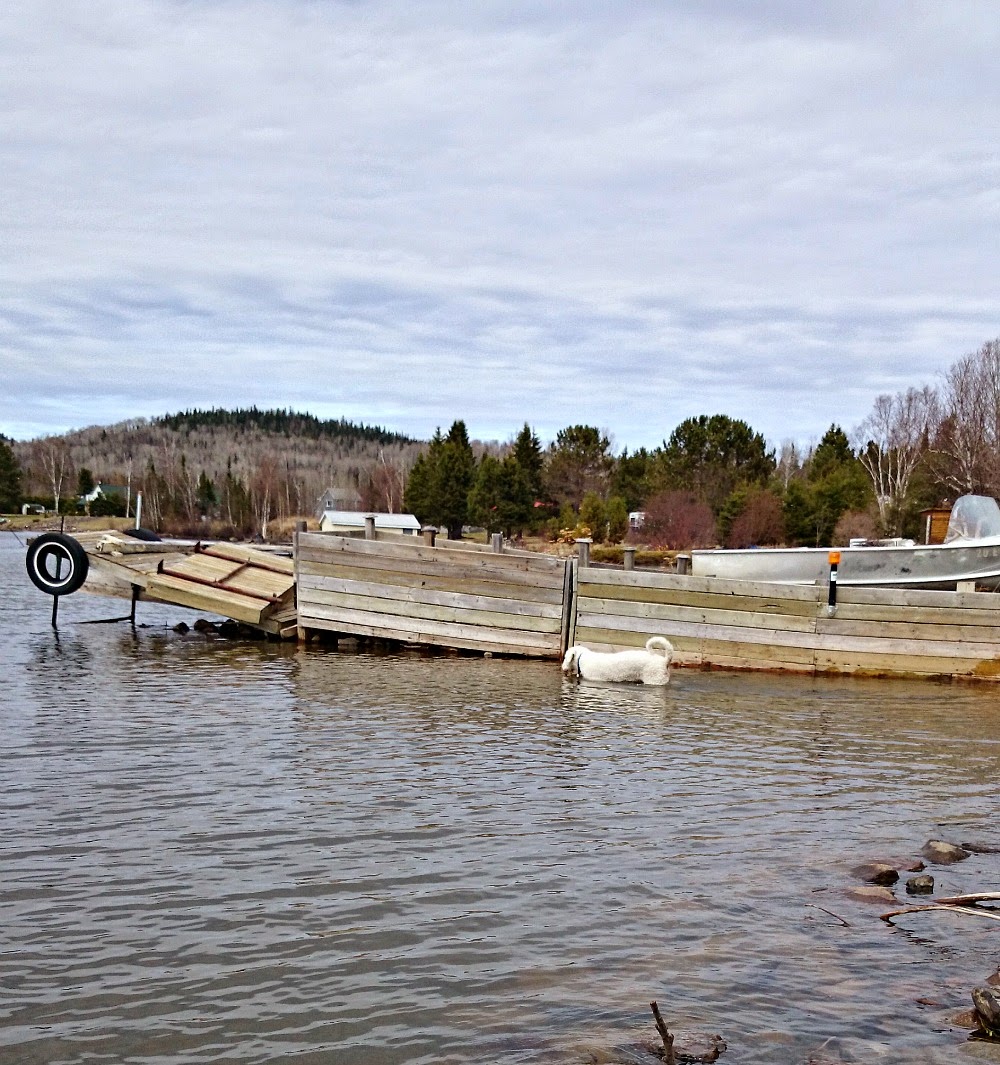 She walked out a little bit at a time, intensely sniffing every segment, until she reached the end. 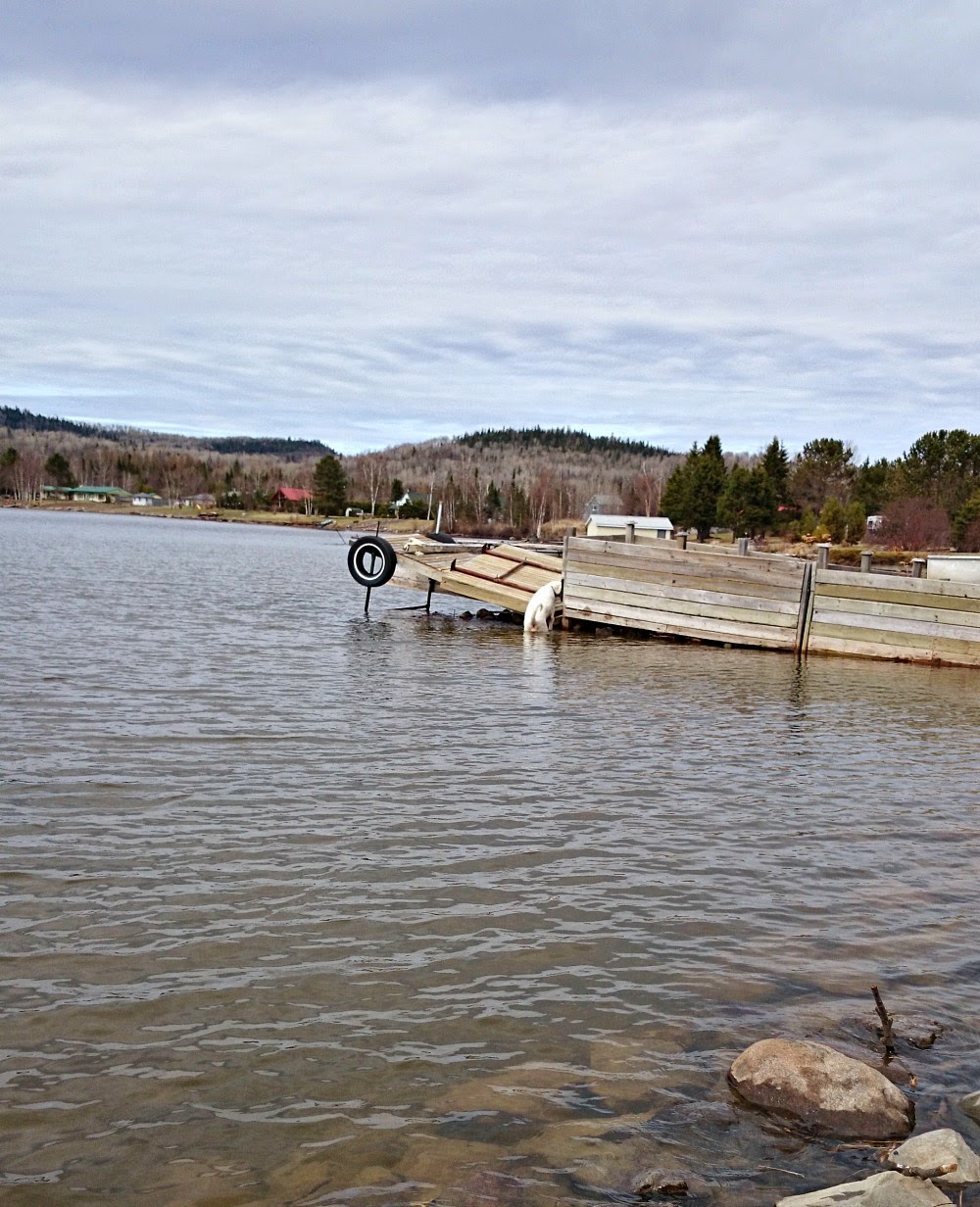 That’s when she started to book it toward the other side of the bay.  Toward the geese. 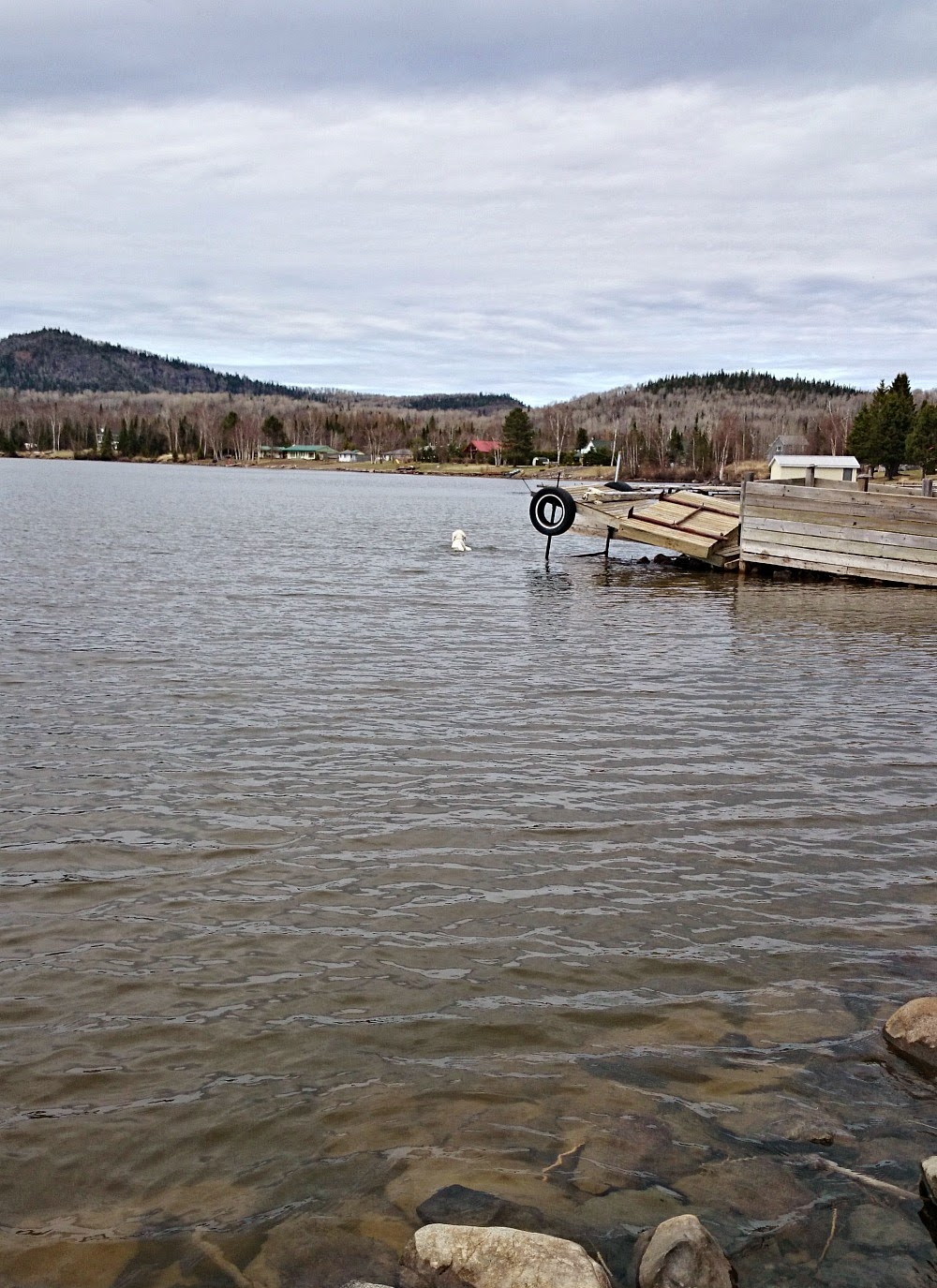 We just about died laughing at her determined swimming (and creative disobedience).  We called her name and she turned around with an expression that read, “What? What do you want?” 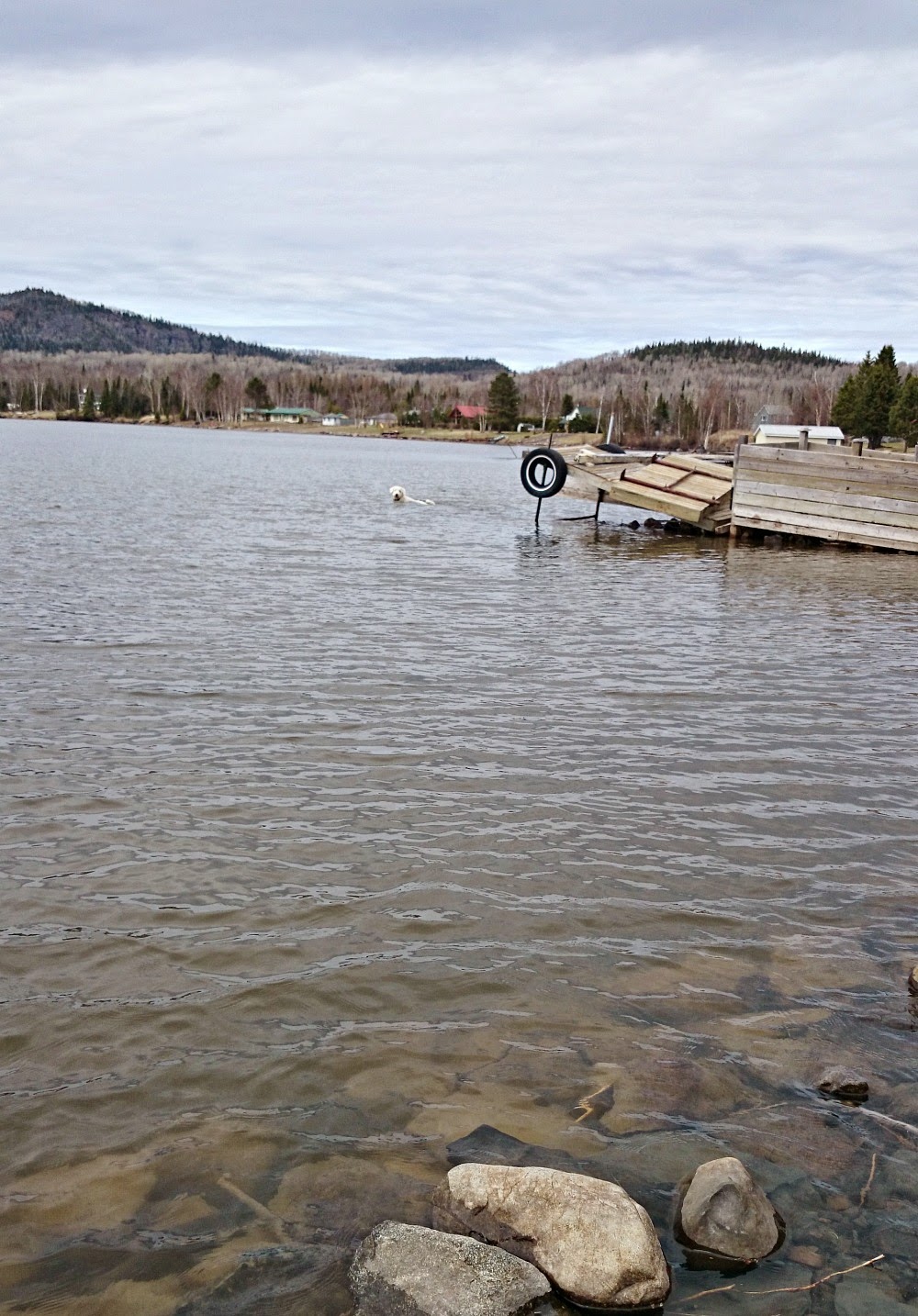 We instructed her to come back.  She looked peeved, but starting swimming back. 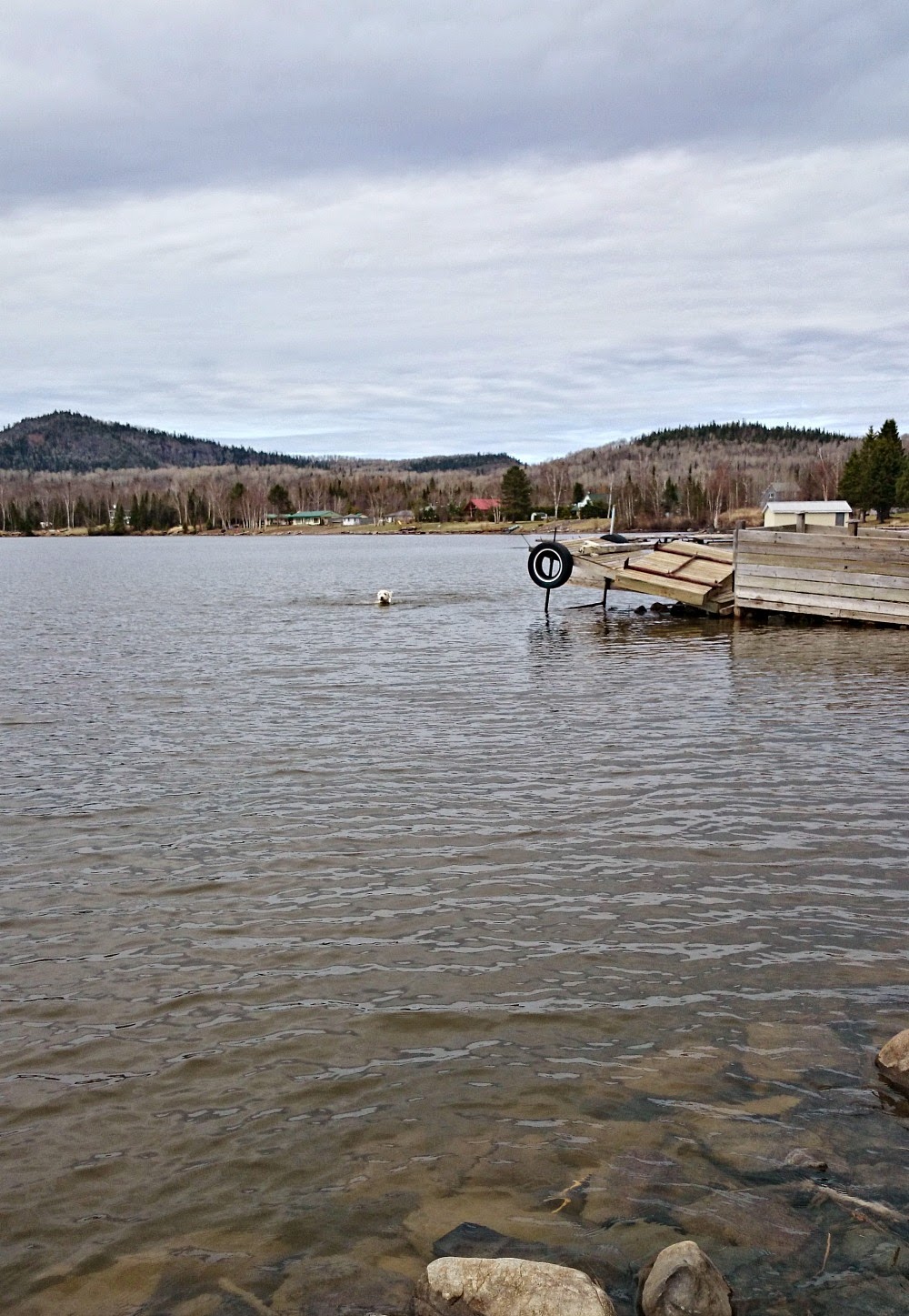 We’re kind of curious how far she would have gotten, or what her end game was.  We were warned Komondors can be stubborn…

In other delightful doggy news, Hubs and I were having lunch with my Dad when he said he saw a mini-Szuka.  I turned around and spotted a corded pup!  She is a white Puli (which is less common than the typical black).  Pulis are another Hungarian breed, but they have way more energy because they’re livestock herding dogs (not guarding dogs, like Komondors). 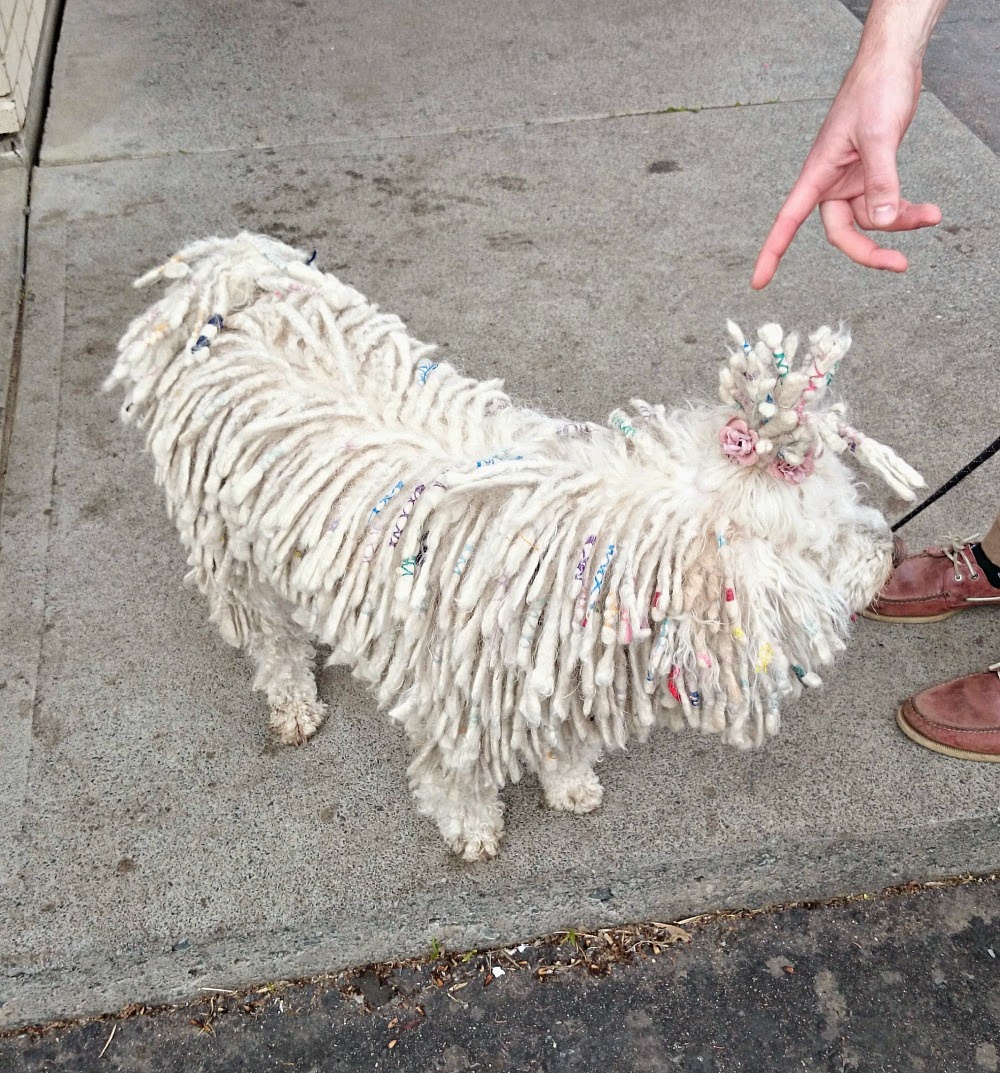 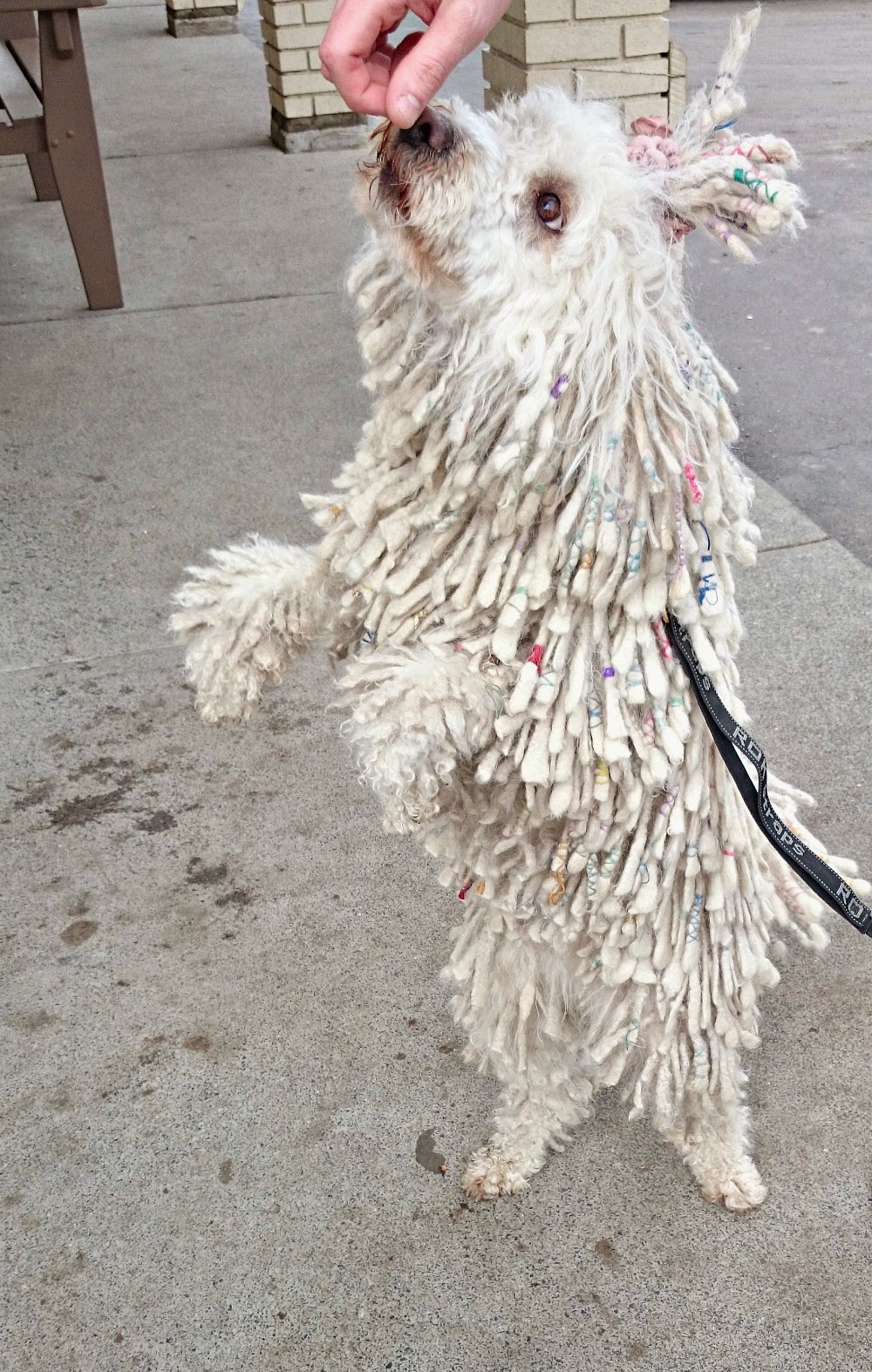 Her awesome corded coat, made even more special with colourful threads woven around some of the cords, made me regret – just for a second – not cording Szuka.  I’m always envious of people who have corded their Pulis or Komondors because it looks so cool! 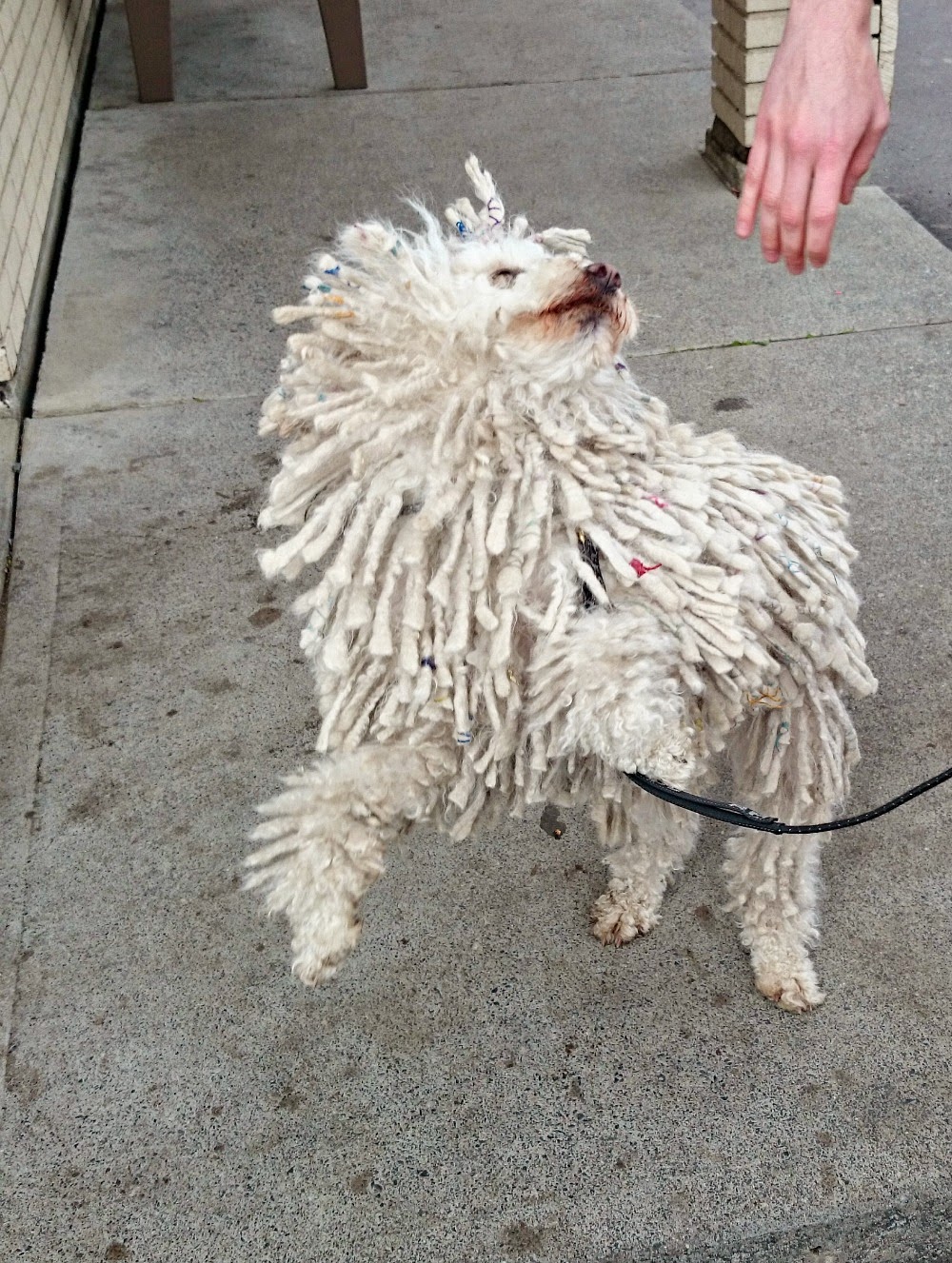