If you’ve ever wanted to learn how to re-string a necklace – or how to make a necklace with a clasp from scratch – I hope that you find this tutorial useful!  It’s a great post to pin for later, just in case you ever need to repair a favorite necklace.  A few summers ago, I found this coral necklace at a yard sale for a buck!  I loved the length, but hated that the coral was strung on a ratty cord that ended in a knot. It didn’t look polished with that knot and even though I gave it a good wash, I totally grossed myself out thinking about how much neck sweat was trapped in that cord, so I never wore it.  I finally decided to re-string it and add a clasp. 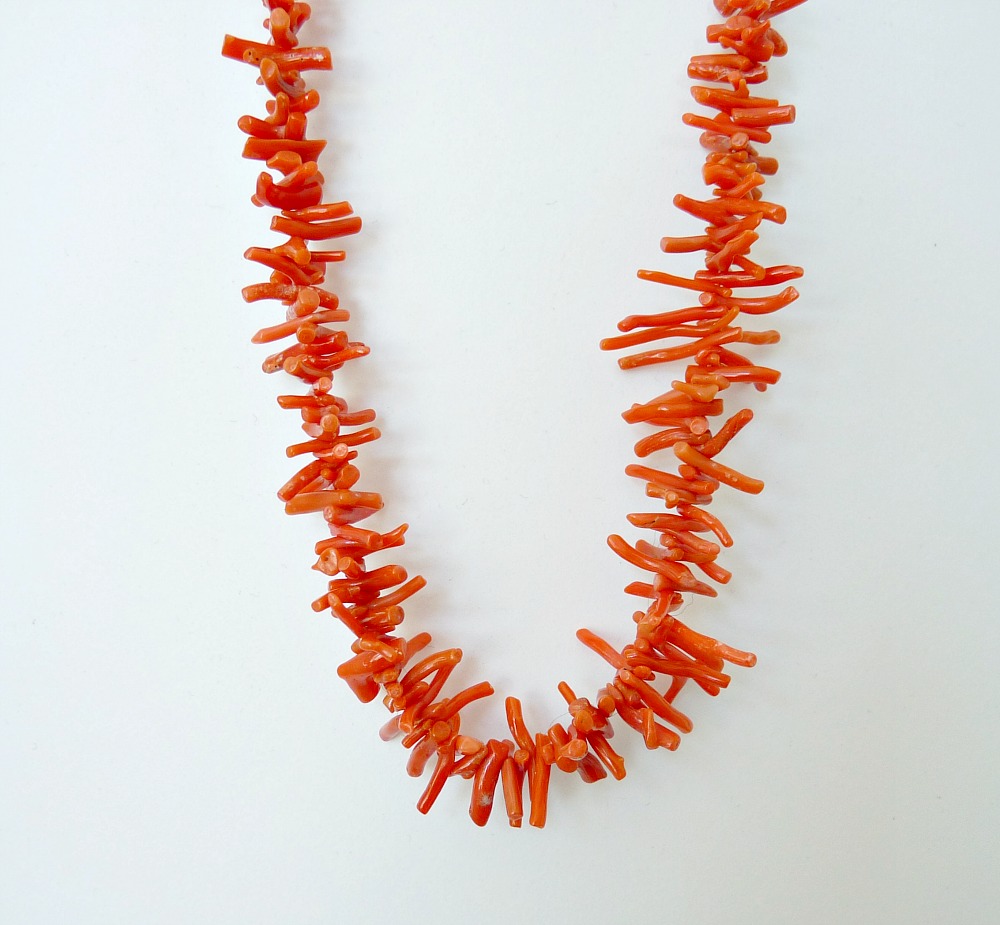 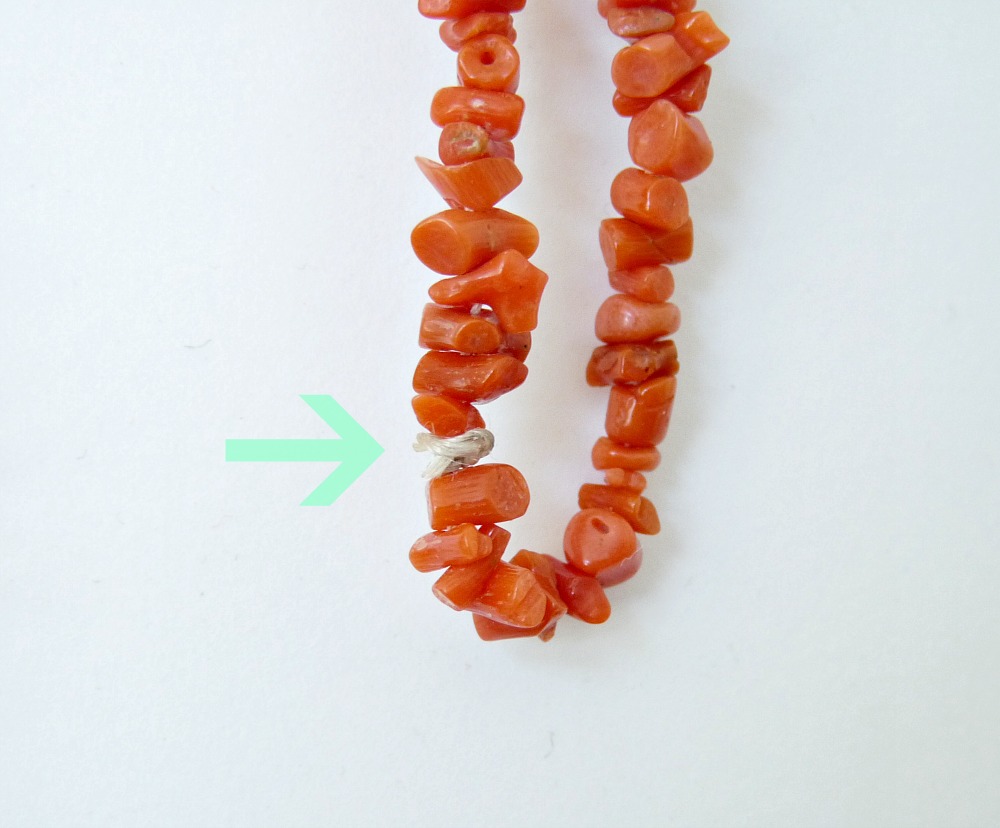 Here’s how to re-string a necklace (or make a necklace with a clasp from scratch):

Supplies for Stringing a Necklace: 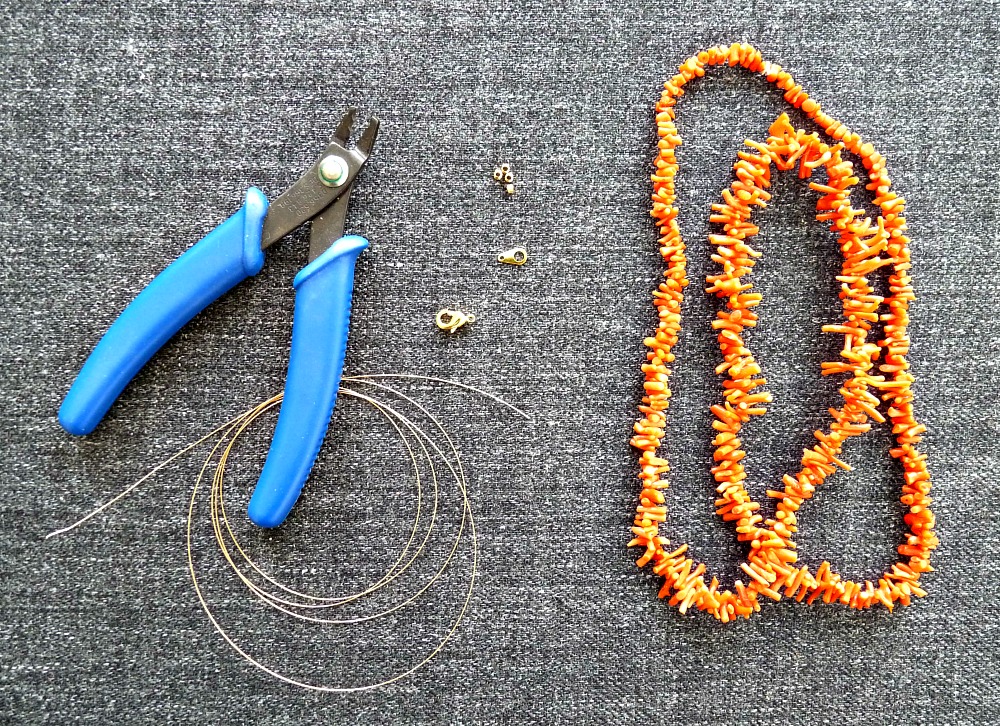 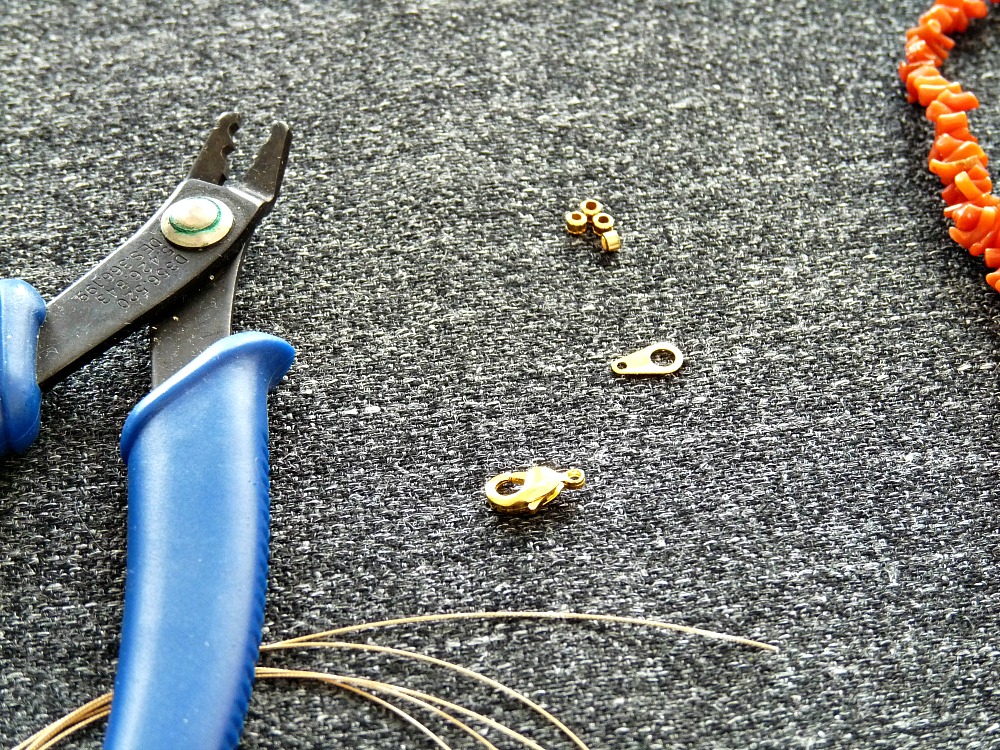 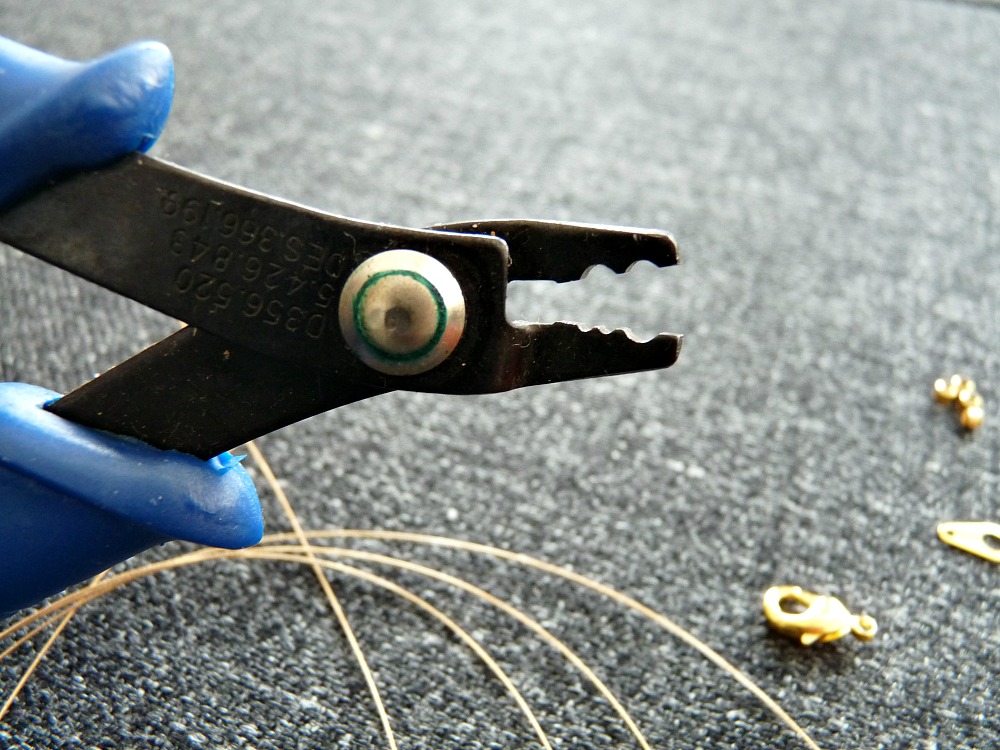 Learn How to Re-String a Necklace:

String a crimp bead onto the coated wire and then add one end of the clasp.  Thread the wire back through the crimp.  Using the small indentation in the crimp pliers, bend the crimp into a “C” shape.  If you don’t have crimp pliers, you can buy a small crimp and just squash it flat with needle nosed pliers, but using the crimp pliers creates a tidier, more secure closure.  Occasionally, a squashed crimp would fail, which is why I finally invested in this tool. 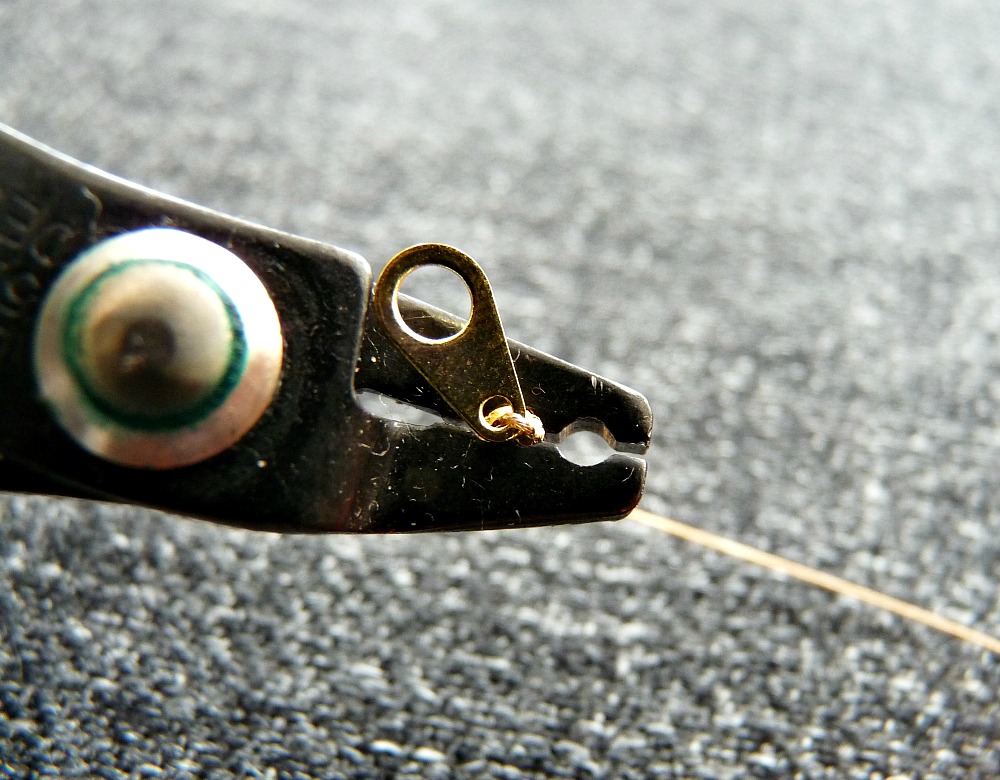 Using the larger indentation of the crimp pliers, fold the “C” shaped crimp bead onto itself, clamping it tightly. 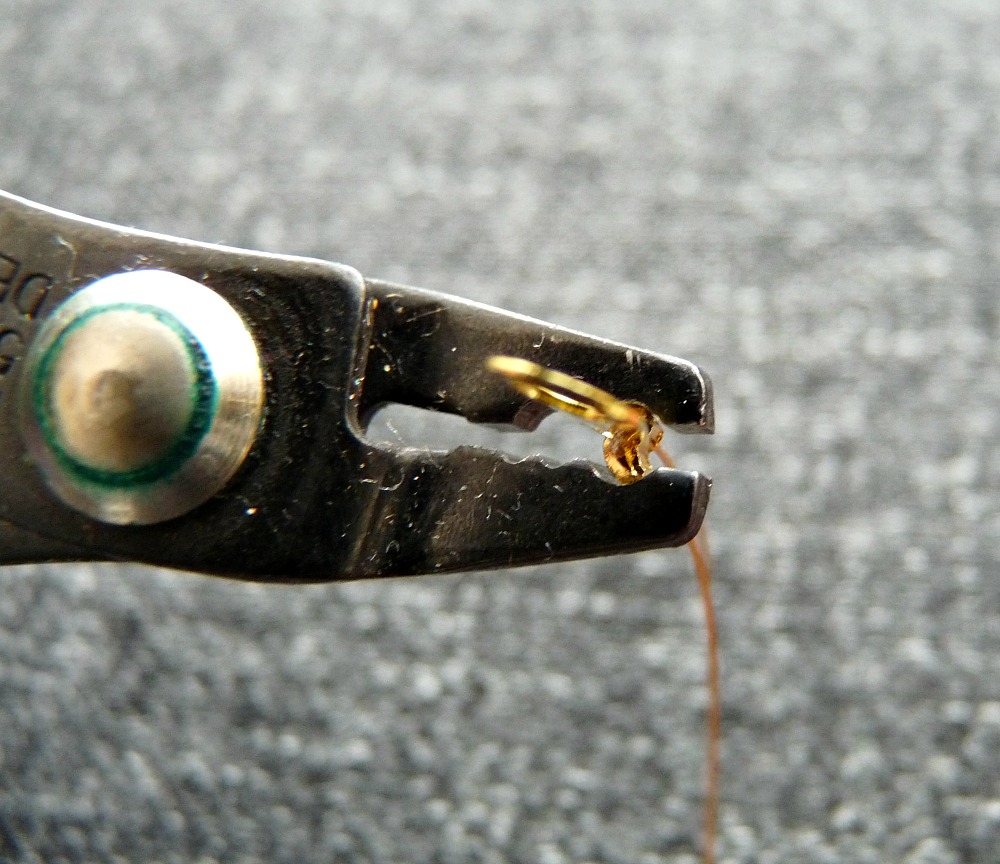 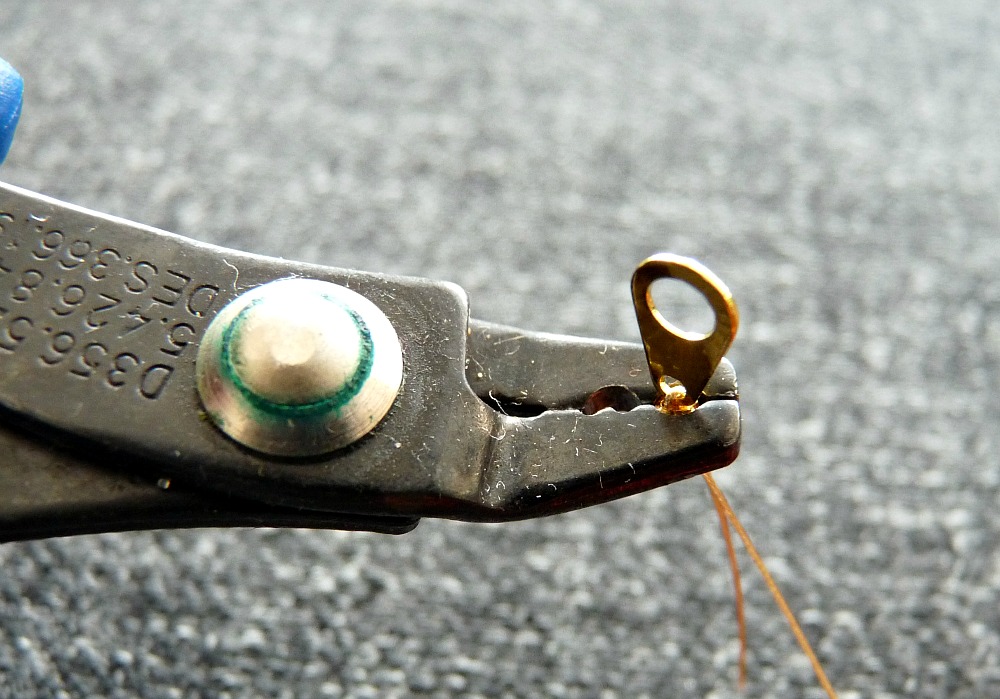 Then, simply string on your beads, burying the end of the bead wire in the necklace. 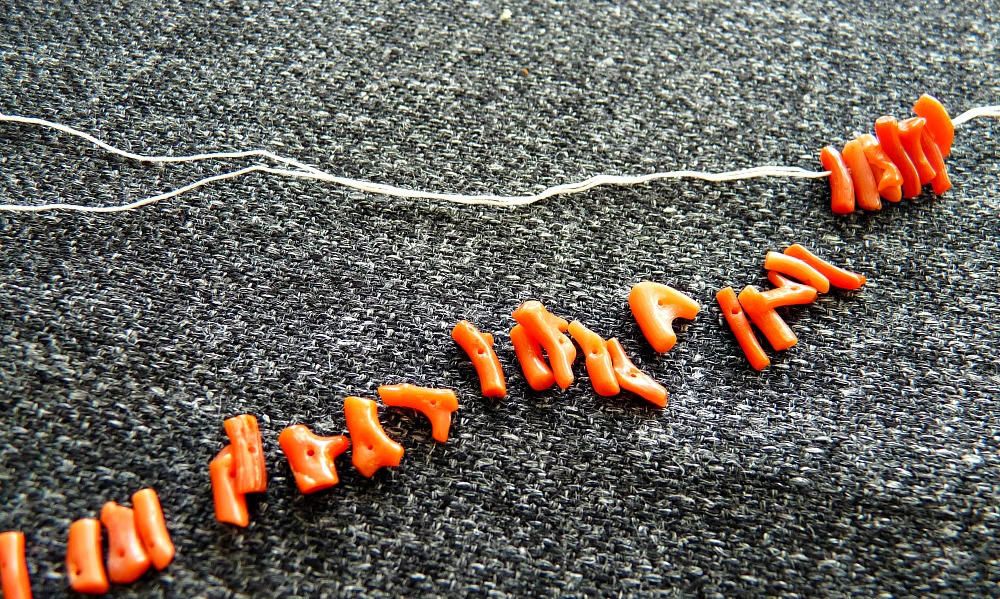 When you get to the end, thread on a crimp bead and the other half of the clasp.  Pull the coated wire through a few beads and pull tightly.  Trim the end of the wire and bury the tail in the necklace. 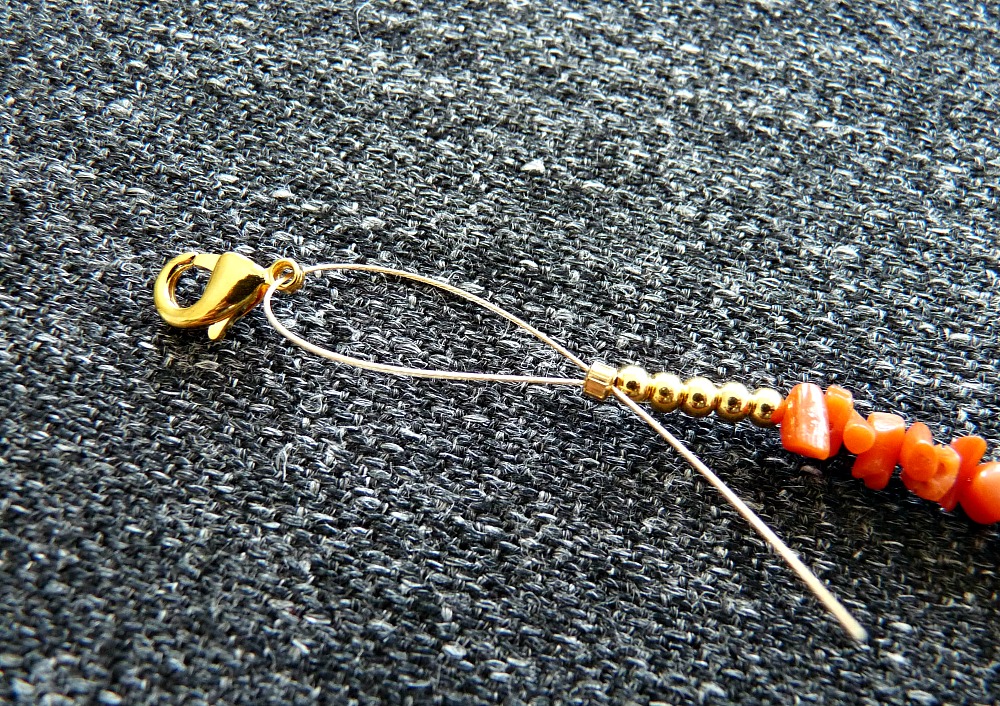 Repeat the process for securing the crimp bead, and you’re done! 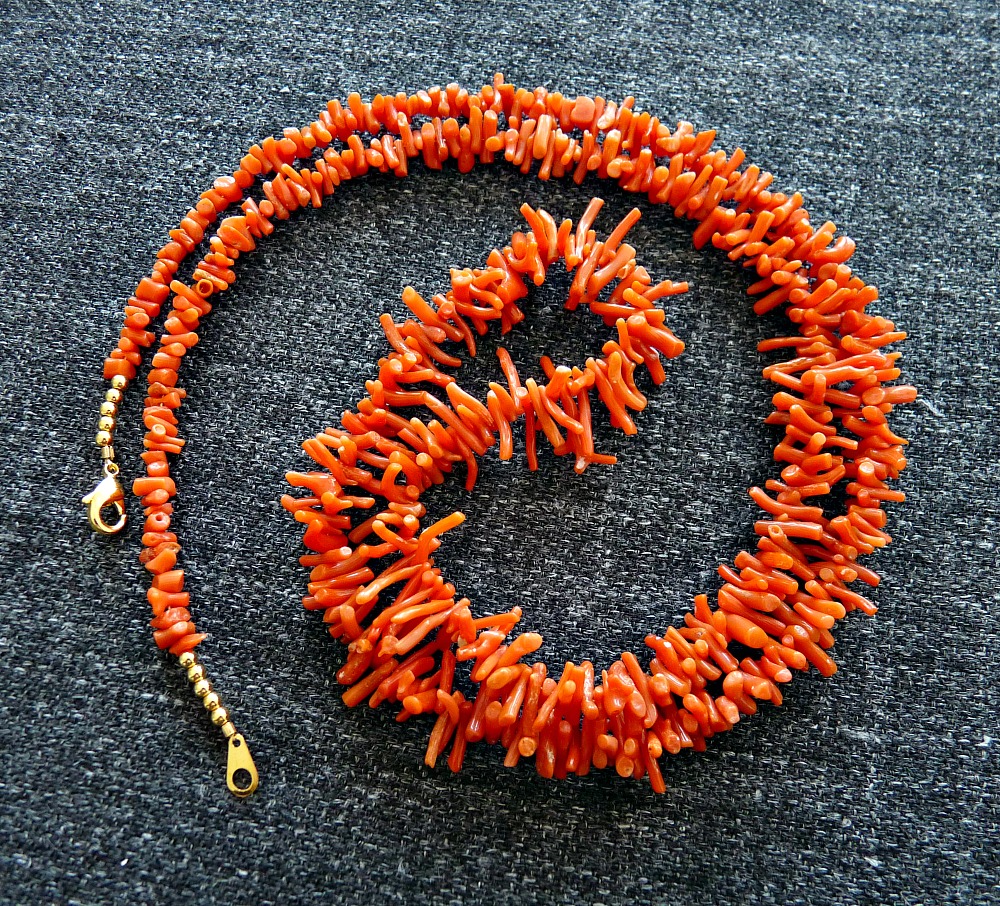 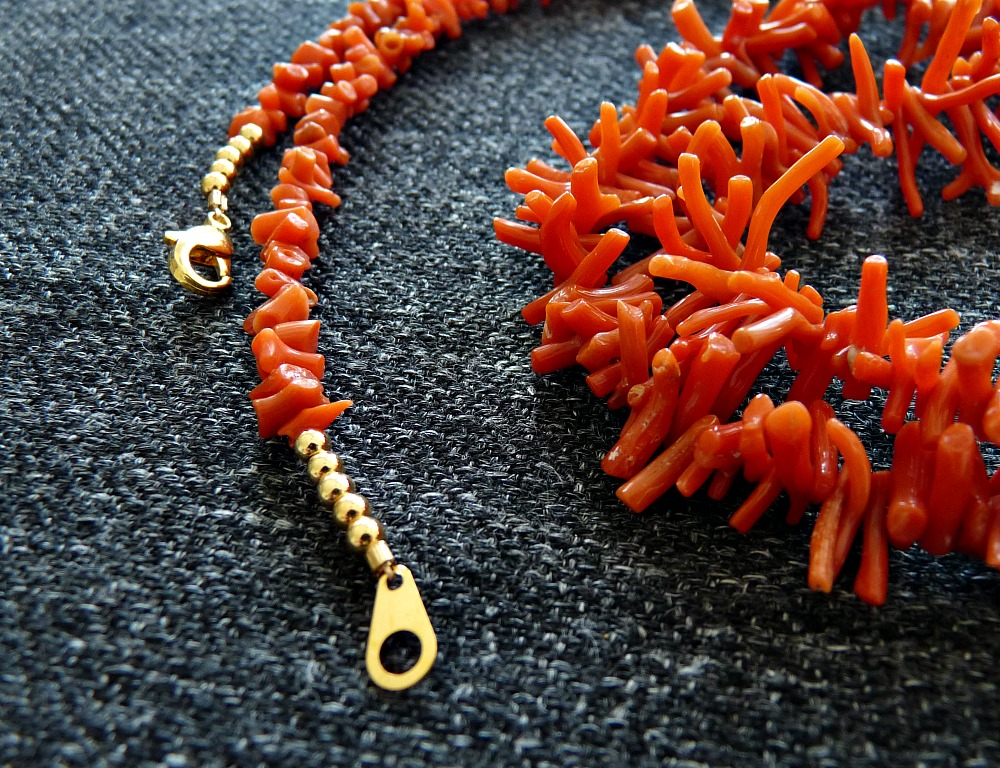 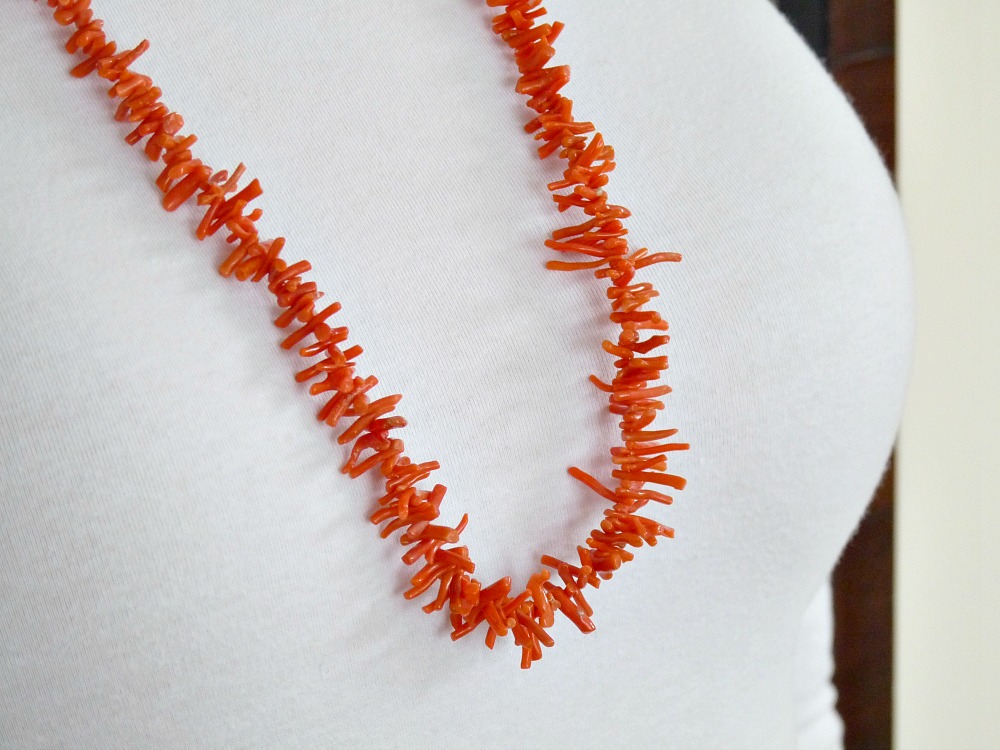 With this simple technique, you can make striking necklaces and bracelets from scratch, or re-work pieces you own, in minutes! 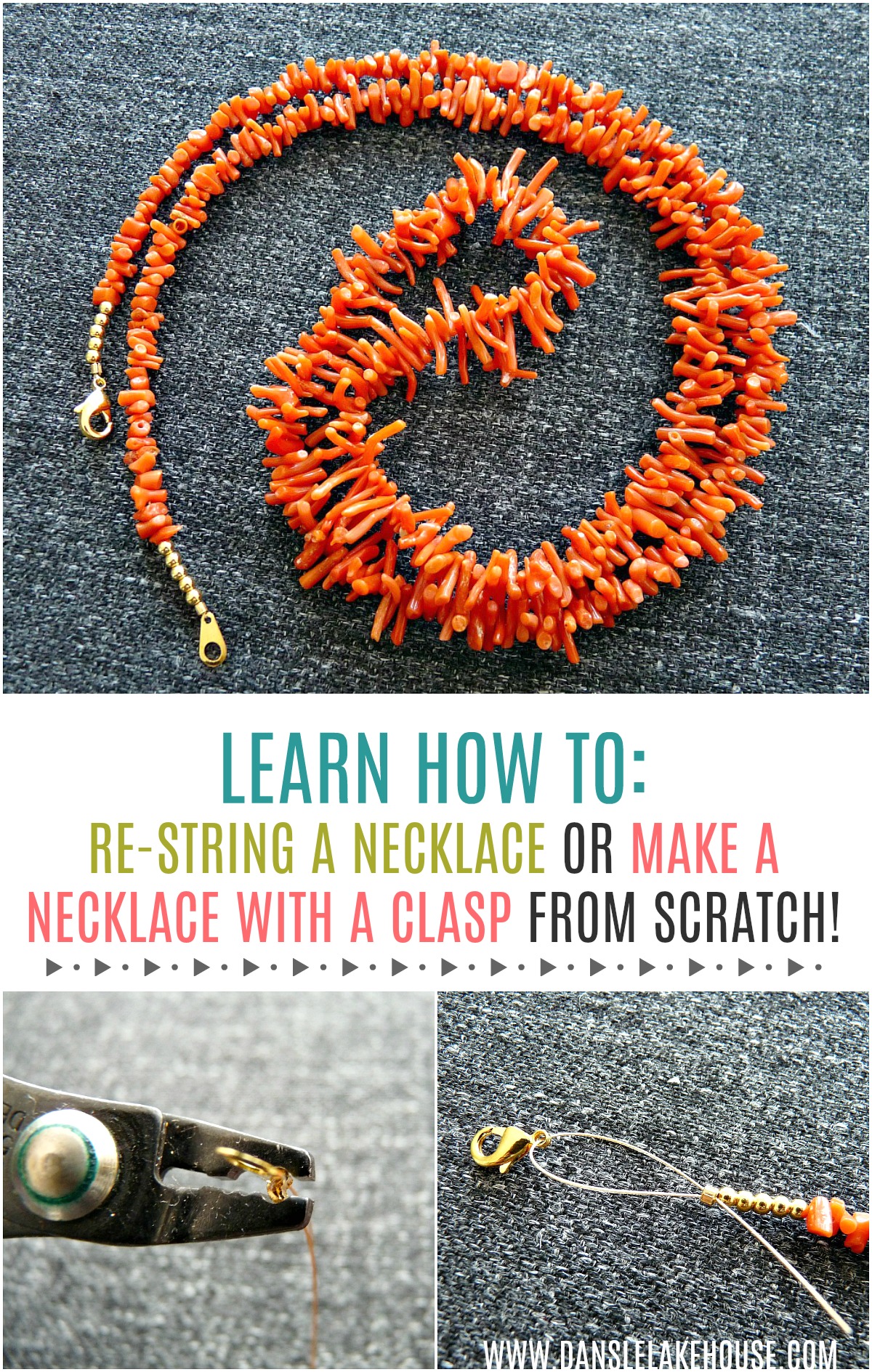 A note about coral: Coral is a marine invertebrate that lives in colonies.  These colonies form a hard skeleton and the skeleton of this sea creature is what is used for coral jewellery.  Coral is important to marine life but is being harvested indiscriminately, which is a serious problem and could lead to depletion.  This is why coral jewellery can be unethical to wear and I was conflicted about purchasing this piece.  Truthfully, I’m not sure if my necklace is real or faux, but it seems a waste not to enjoy it.  I bring this up because the use of coral is problematic, so to ignore this issue would be irresponsible on my part.  If you’re interested, you can read more about coral here.