Here’s a deliciously simple blood orange and vanilla drink idea: DIY vanilla infused vodka with Aranciata Rossa San Pellegrino, which boasts a juicy hit of blood orange.  It’s pink, so it’s perfect for Valentine’s Day, but it tastes like summer in a glass – like a creamsicle.  Drool.  (This isn’t a sponsored post, I just really enjoy San Pellegrino sparkling fruit beverages because they’re sweet and carbonated, but not as cloying as soda – although I fully admit I might be swayed by the cool history and vintage-inspired branding). 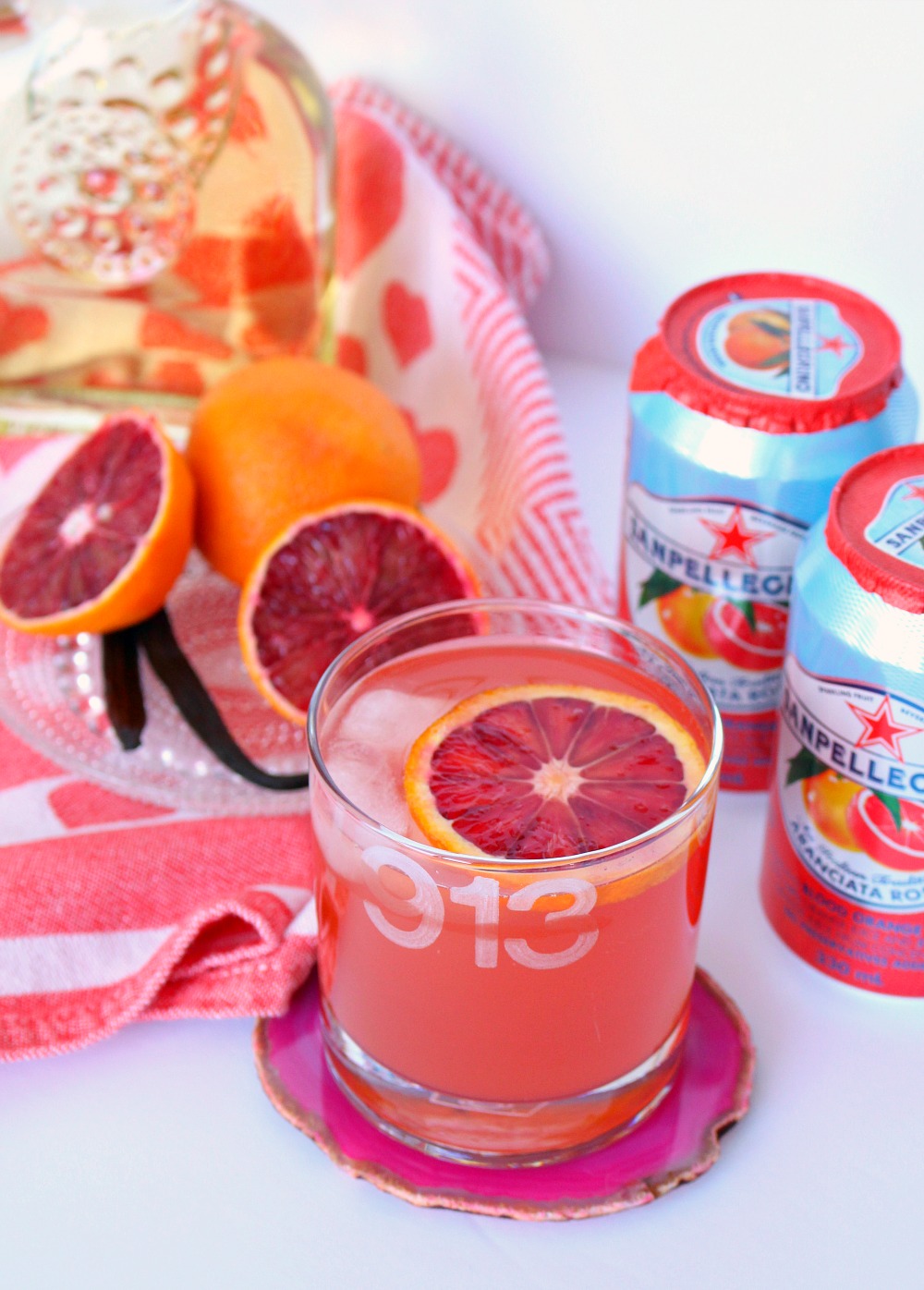 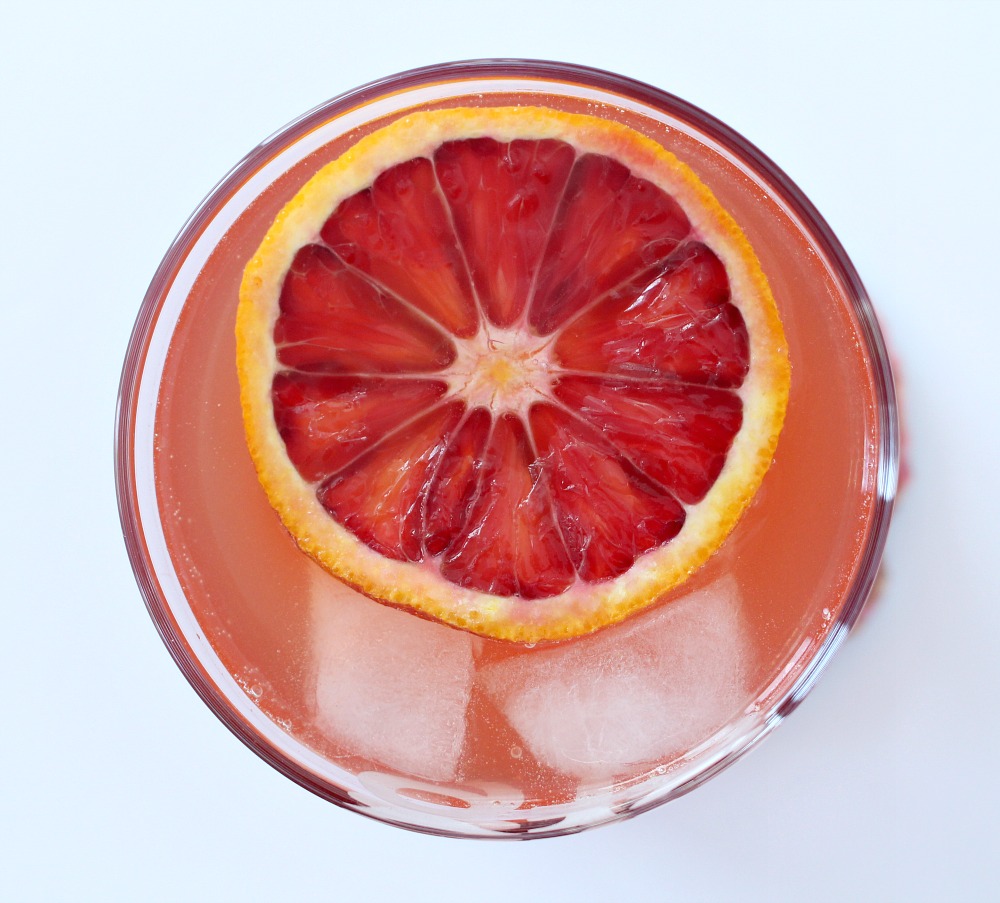 Making my own vodka infusion was something I had been wanting to try for awhile and it turned out to be so simple!  Now I’m eager to try different variations.

How to Make Vanilla Infused Vodka 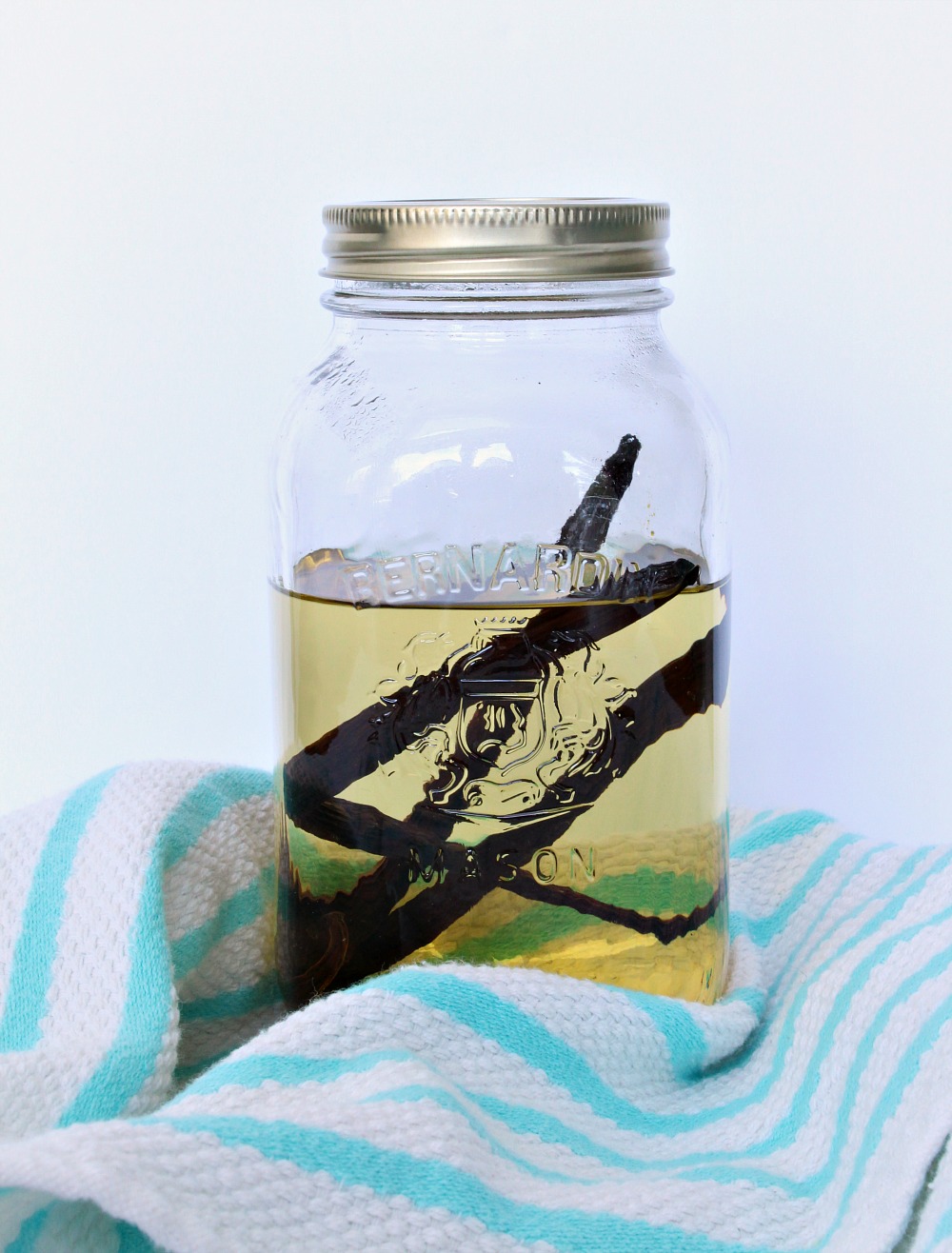 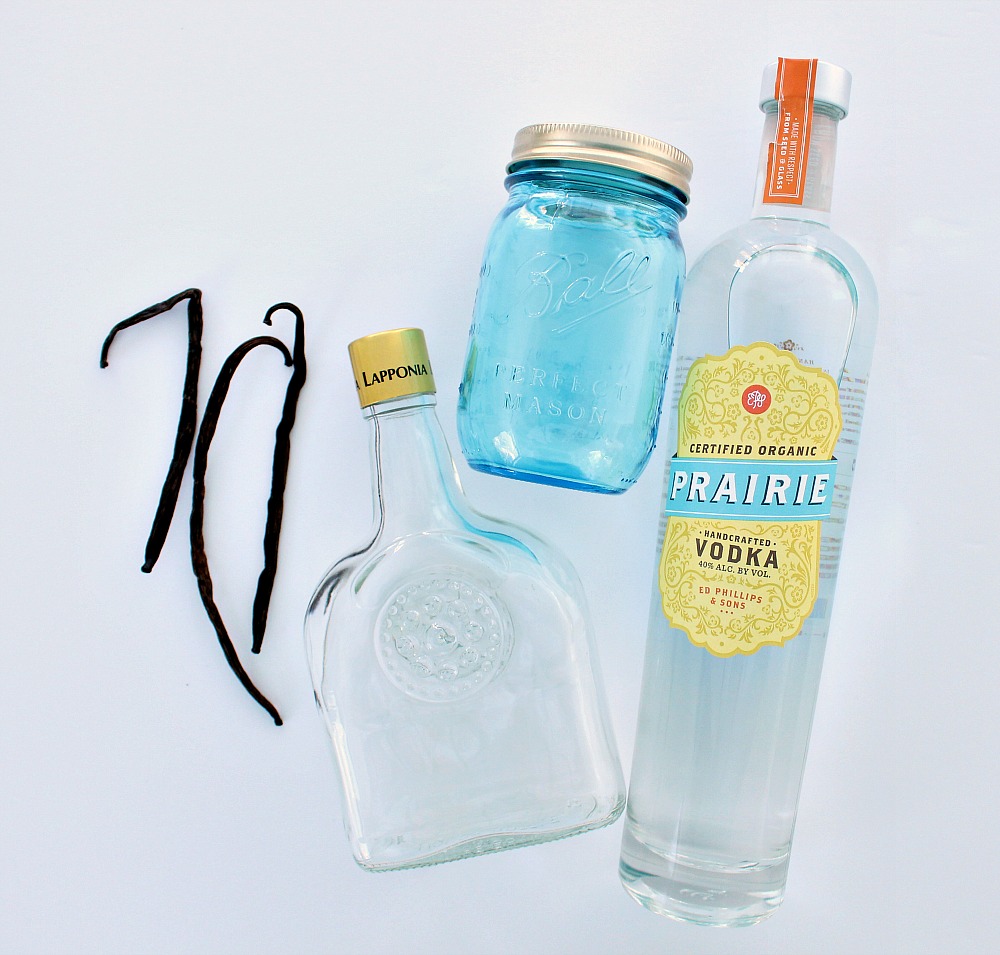 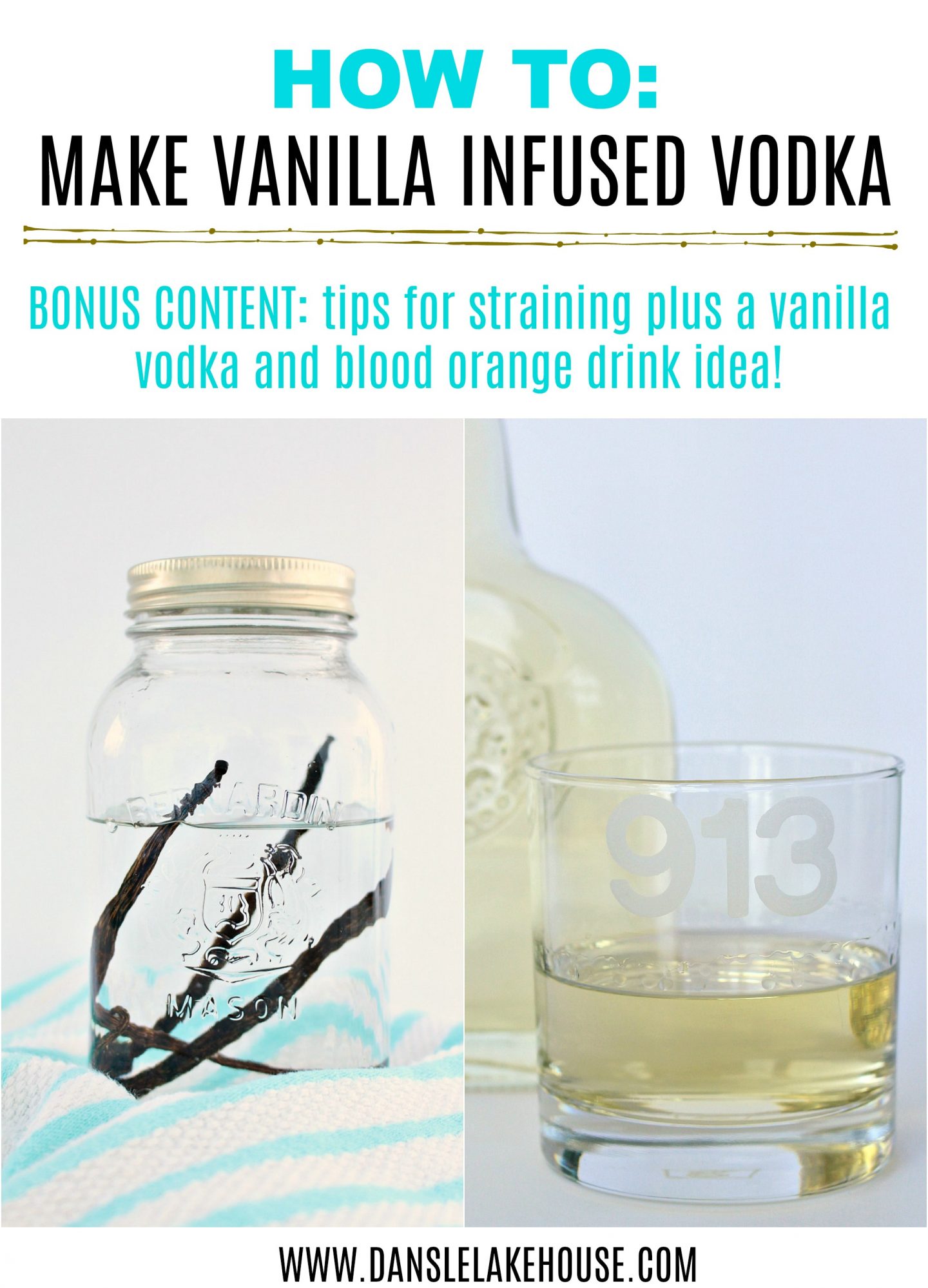 Making DIY vanilla infused vodka is so easy.  Pour the vodka into a clean mason jar, plop in some vanilla pods (2-3 for almost 750ml of vodka), and twist the lid tightly.  Seriously, that’s it!  I photographed the smaller blue ball jar but ended up using a larger mason jar so that I didn’t have to break the vanilla beans.  A mason jar ensured that I could easily retrieve the vanilla pods – they would have been difficult to fish out of a narrow bottle.  You could also pop them right into the vodka bottle and decant later, but I didn’t want to infuse my entire bottle.  Some folks break open the pods or scrape out the insides but as I understand it, that can produce a gritty tasting vodka.  You really just want the oil from the pod to infuse the vodka, so leaving them whole will produce the best results. 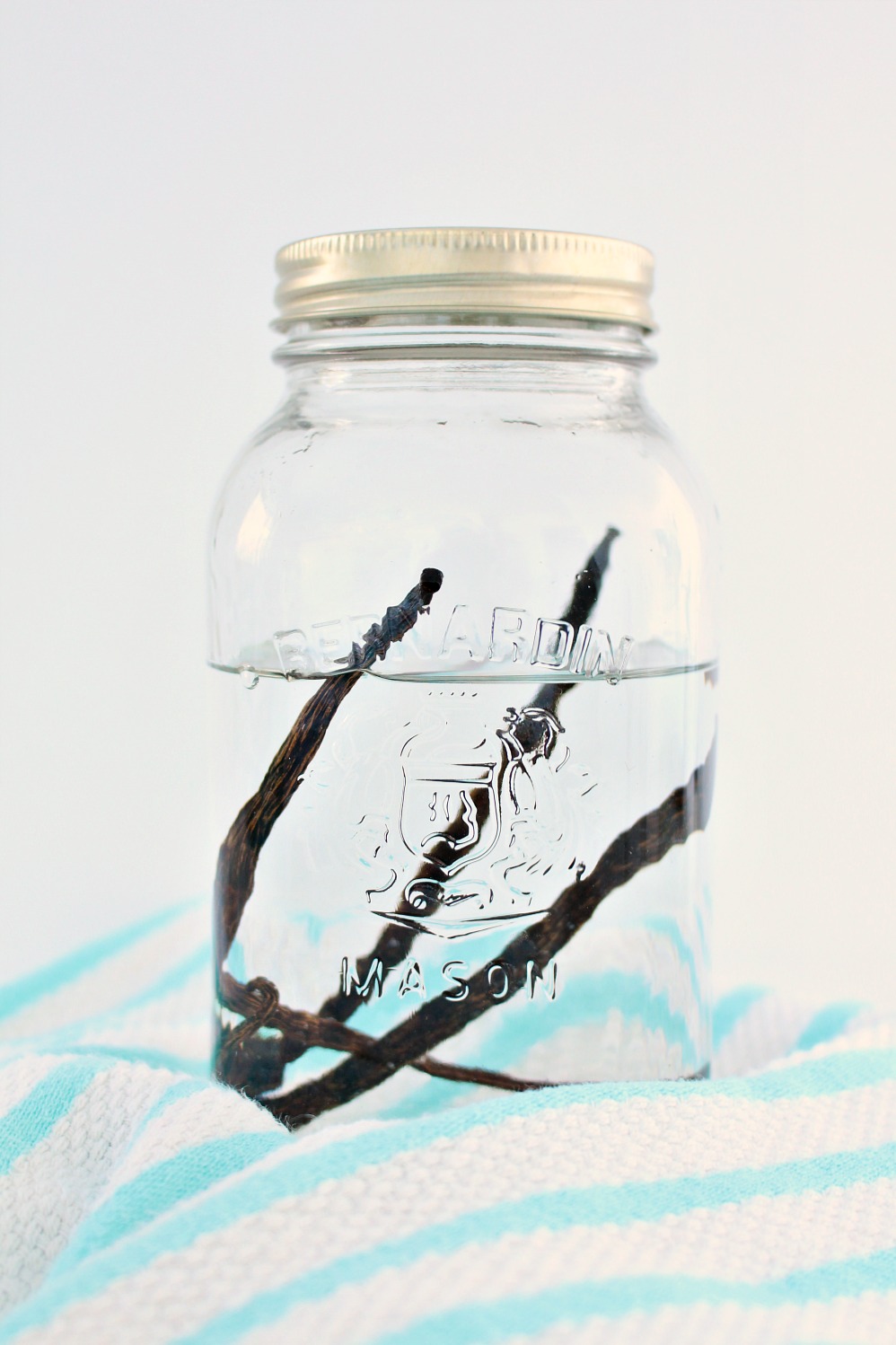 Place the mason jar in a cool, dark place for 7-10 days.  Peek into the cupboard obsessively, everyday, to check on the development.

Open the mason jar, remove the vanilla pods (trust me, it’s easier than having them flop around), and strain the vodka through a clean coffee filter into an empty bottle.  This removes any gritty bits that have been shed by the vanilla. 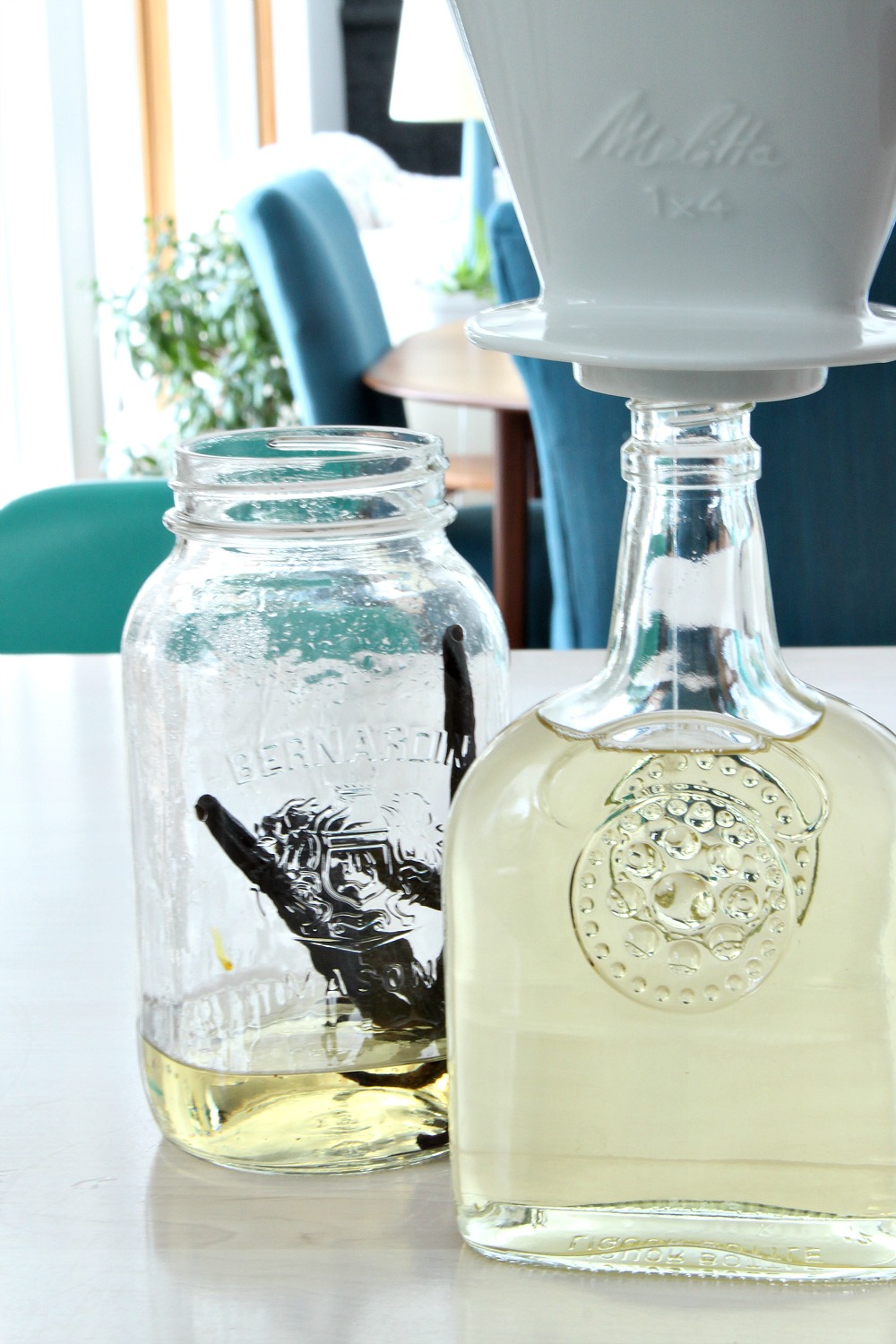 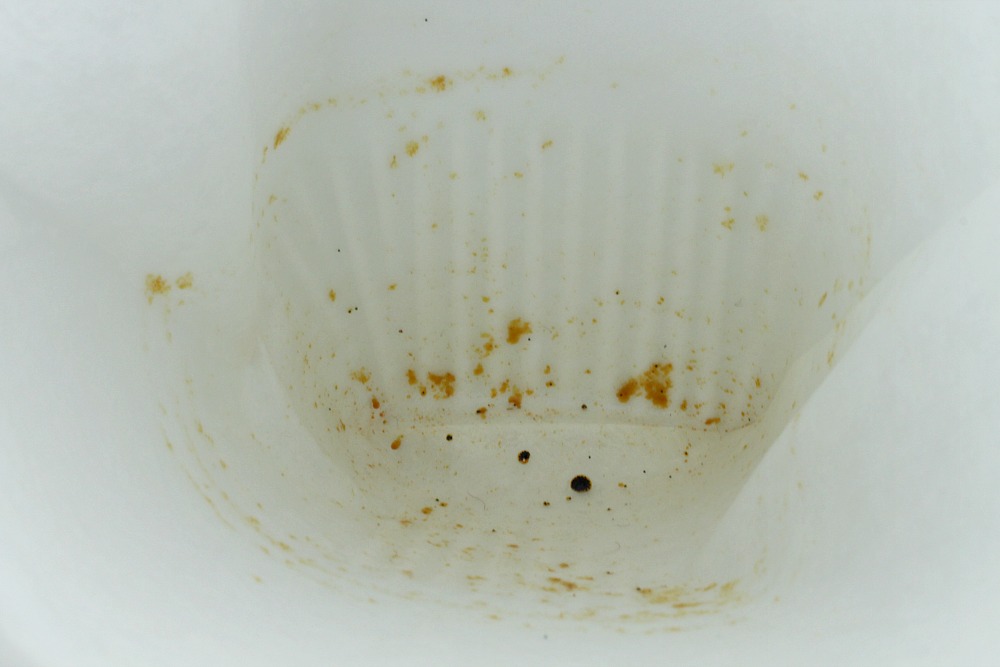 I love what a soft golden hue the DIY vanilla infused vodka picks up.  And it’s so tasty – now I want to try adding pears and figs and all kinds of deliciousness. 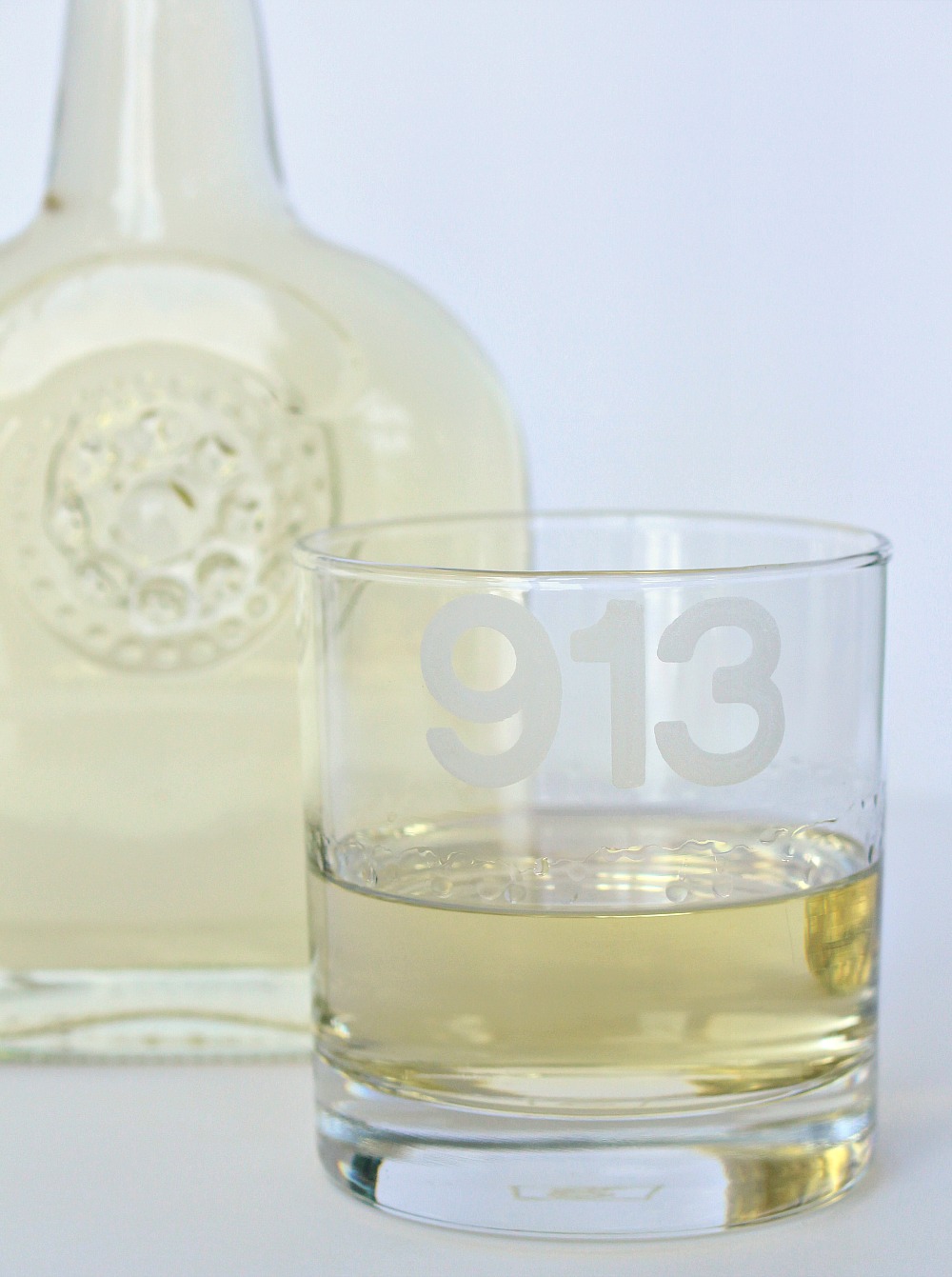 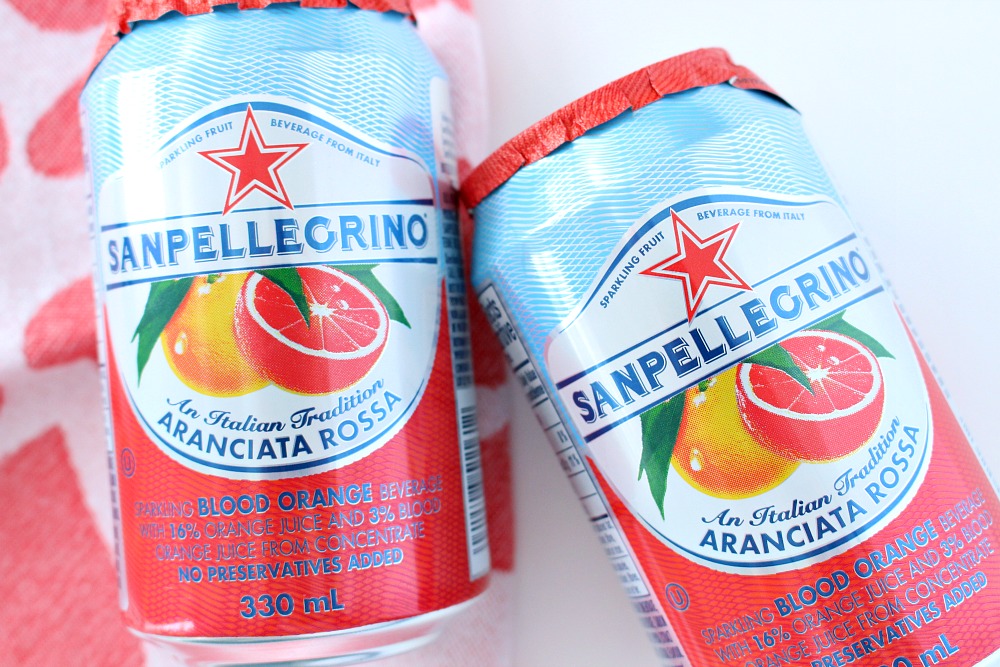 A glass of San Pellegrino, a splash of the DIY vanilla infused vodka, a couple of ice cubes plus a slice of blood orange and all of a sudden Wednesday is looking a lot better. 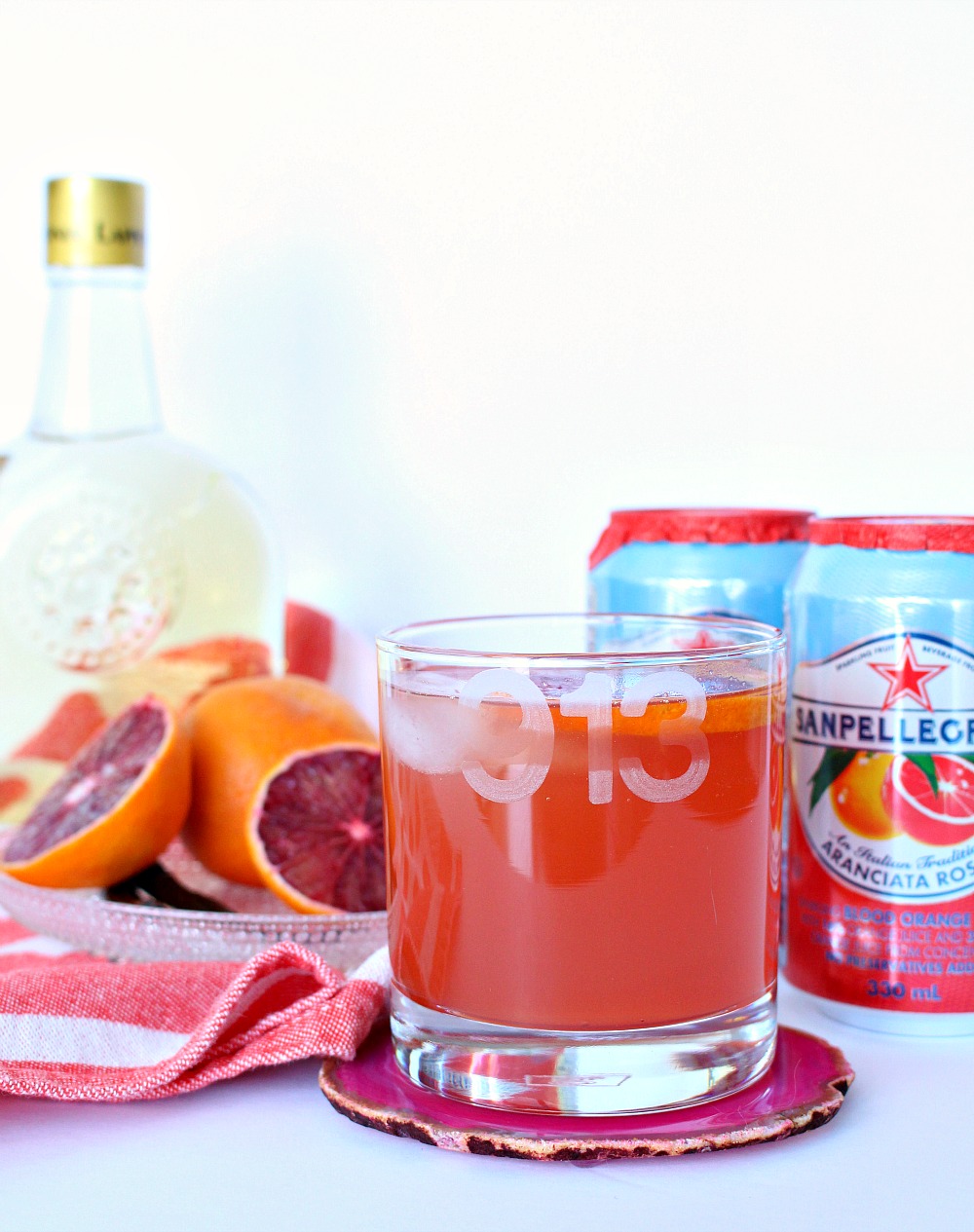 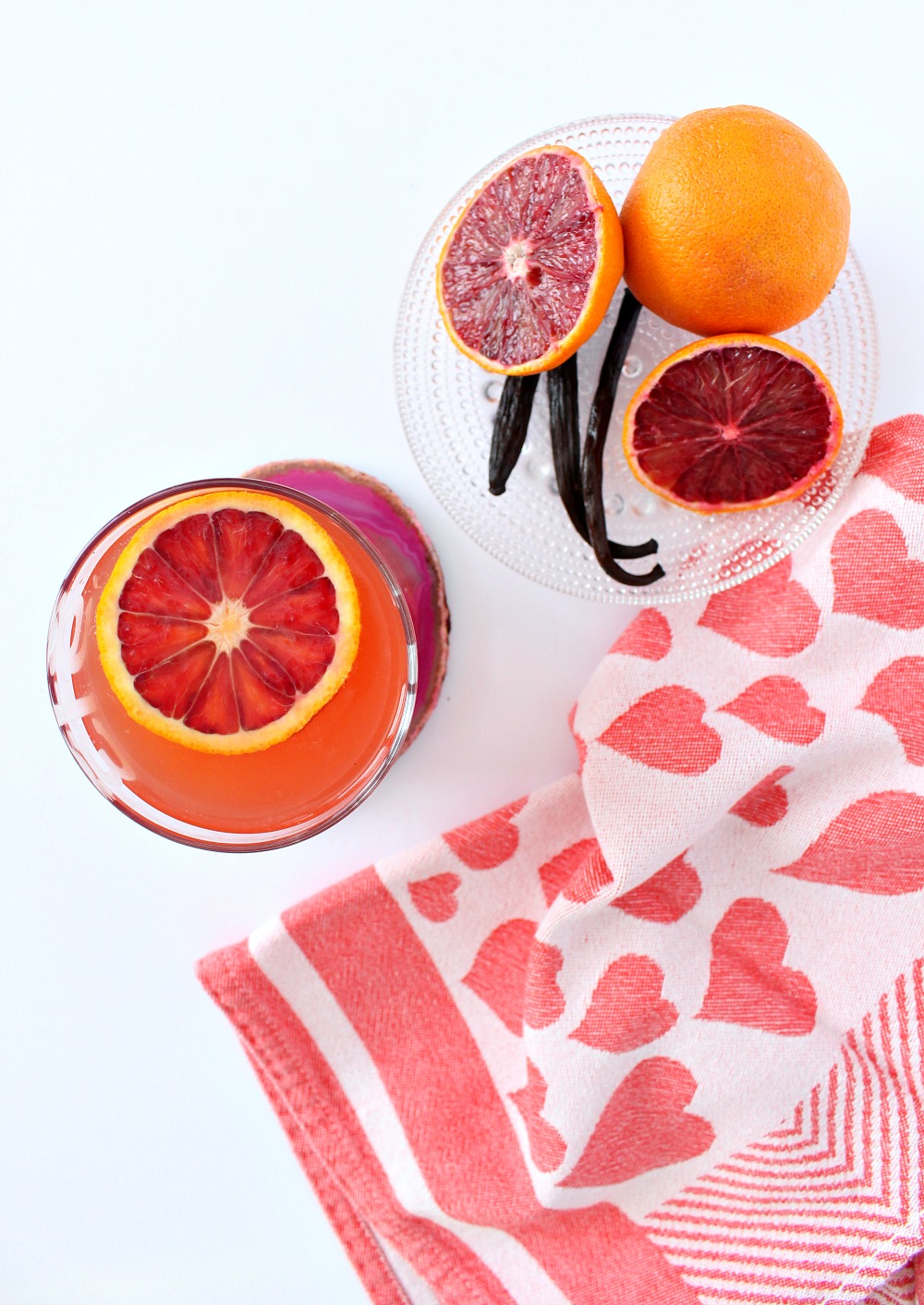 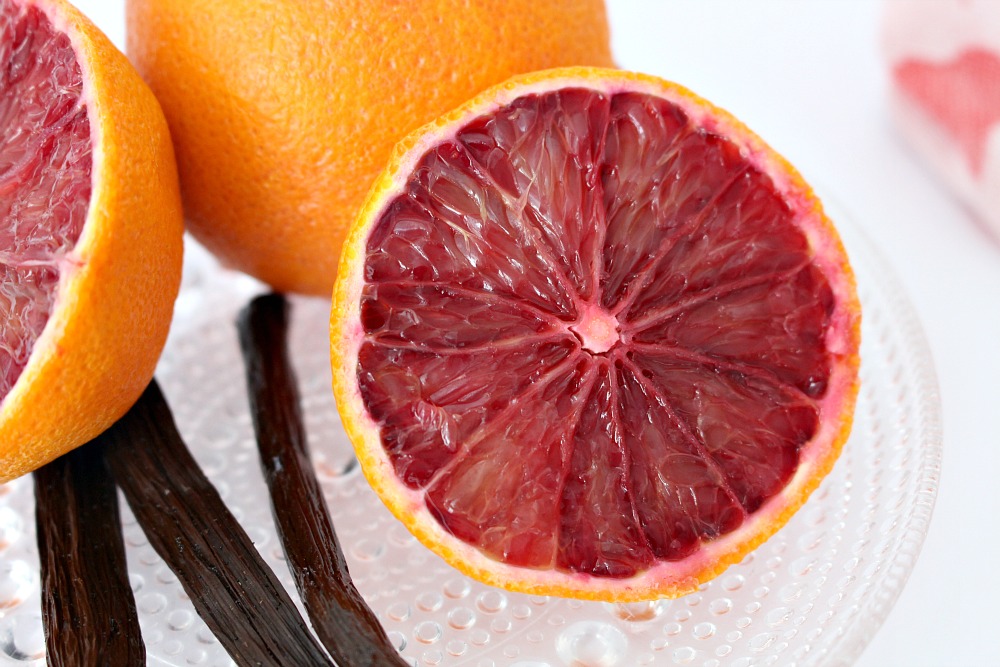 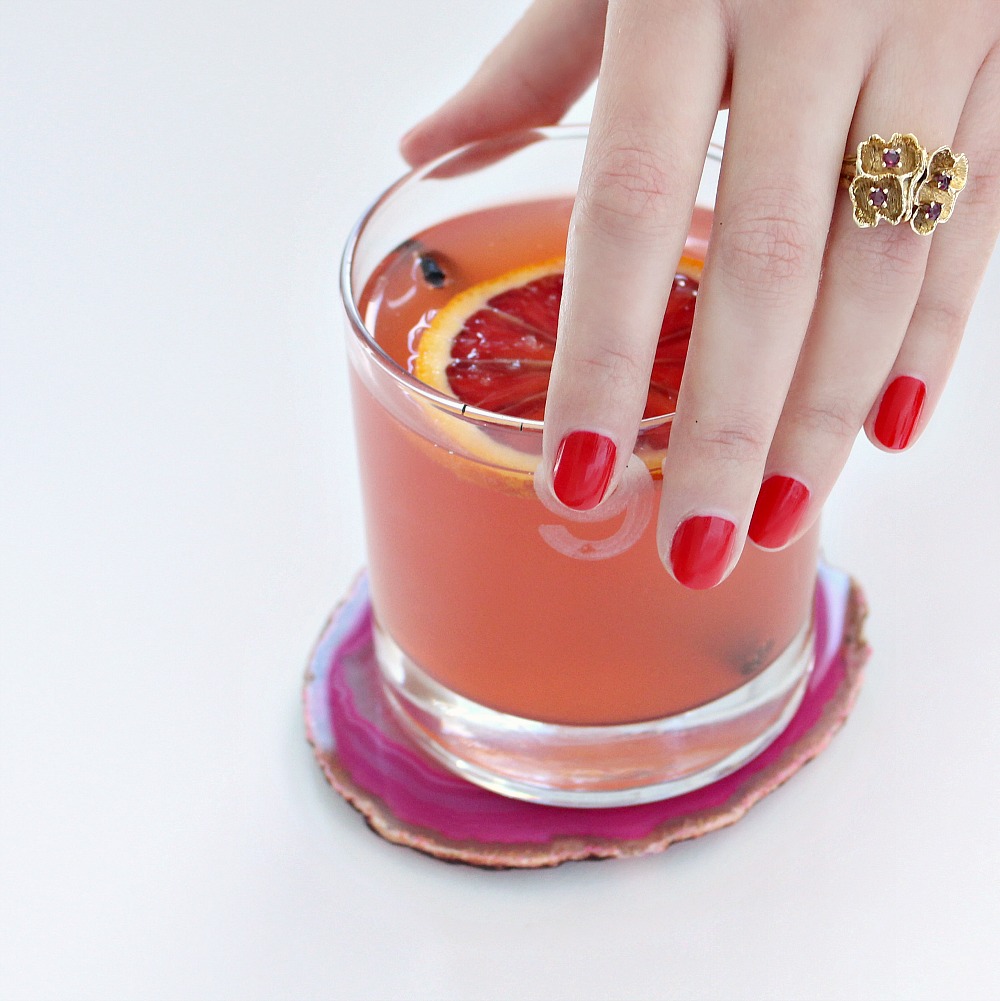 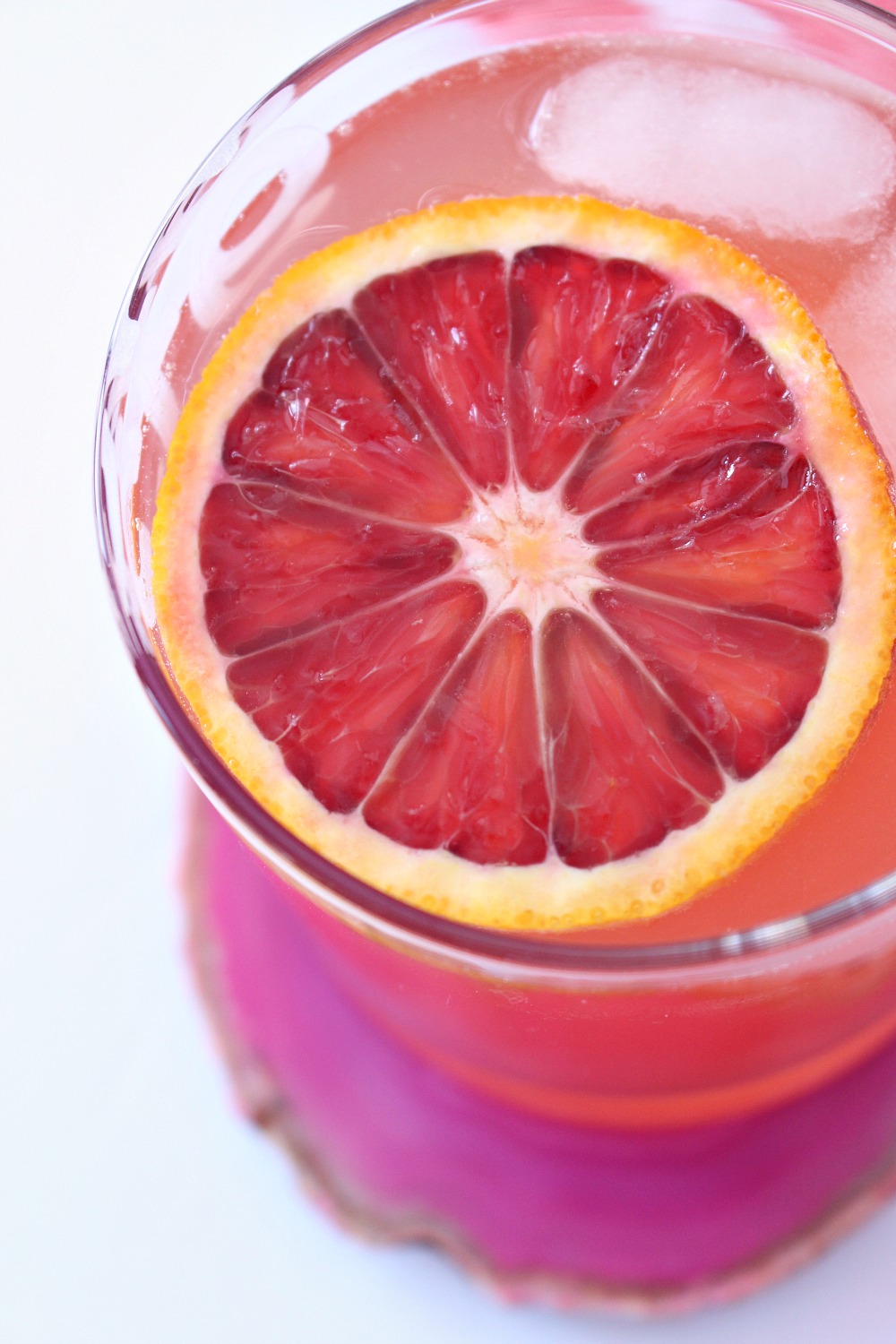 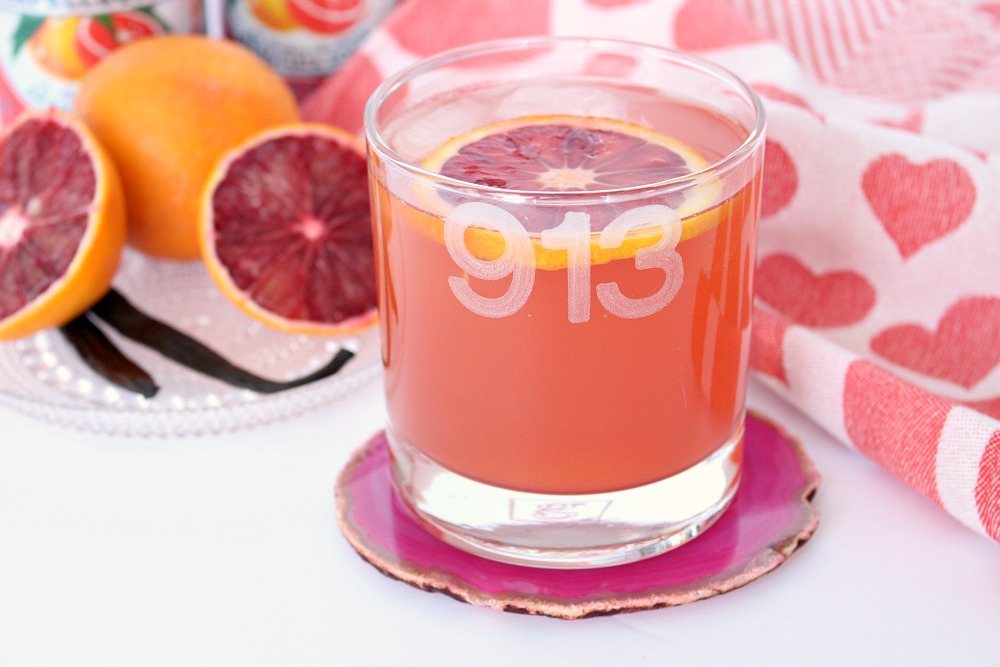 P.S. Curious about the oddly specific numbers on my tumblers?  Handy Hubby and I were married at City Hall in Toronto but held our brunch reception at a swank hotel.  We stayed there the night before our wedding (we flew to Greece immediately after) and the hotel gifted us these glasses – the number is our room number!