I’m so excited to take you all on a tour of our new Ticon 30 sailboat.  But first: Happy Canada Day, my Canadian friends!  We are so very fortunate to call a beautiful country like Canada home.  I don’t have any red and white themed recipes or crafts for today, but I did want to pay homage to one of the many wonders of this country (which we share with our neighbours to the south!):  Lake Superior.  Because we live on a small, shallow bay of Lake Superior, I often forget the powerful force behind this body of water.  When we were driving back from the Toronto area after a week of sailboat shopping, we stopped at Katherine’s Cove for a break.  While breathing in the fresh Northwestern Ontario air we had missed so deeply, we spotted a boat.  It didn’t look tied up, and I started to think the worst.  Hubby and I ran as quickly as we could through the sand but, to our relief, the boat looked as though it had simply been stolen from a dock by the powerful waves.  We reported it and hopefully it was reunited with its owner after being tossed around like a pop can by Lake Superior. 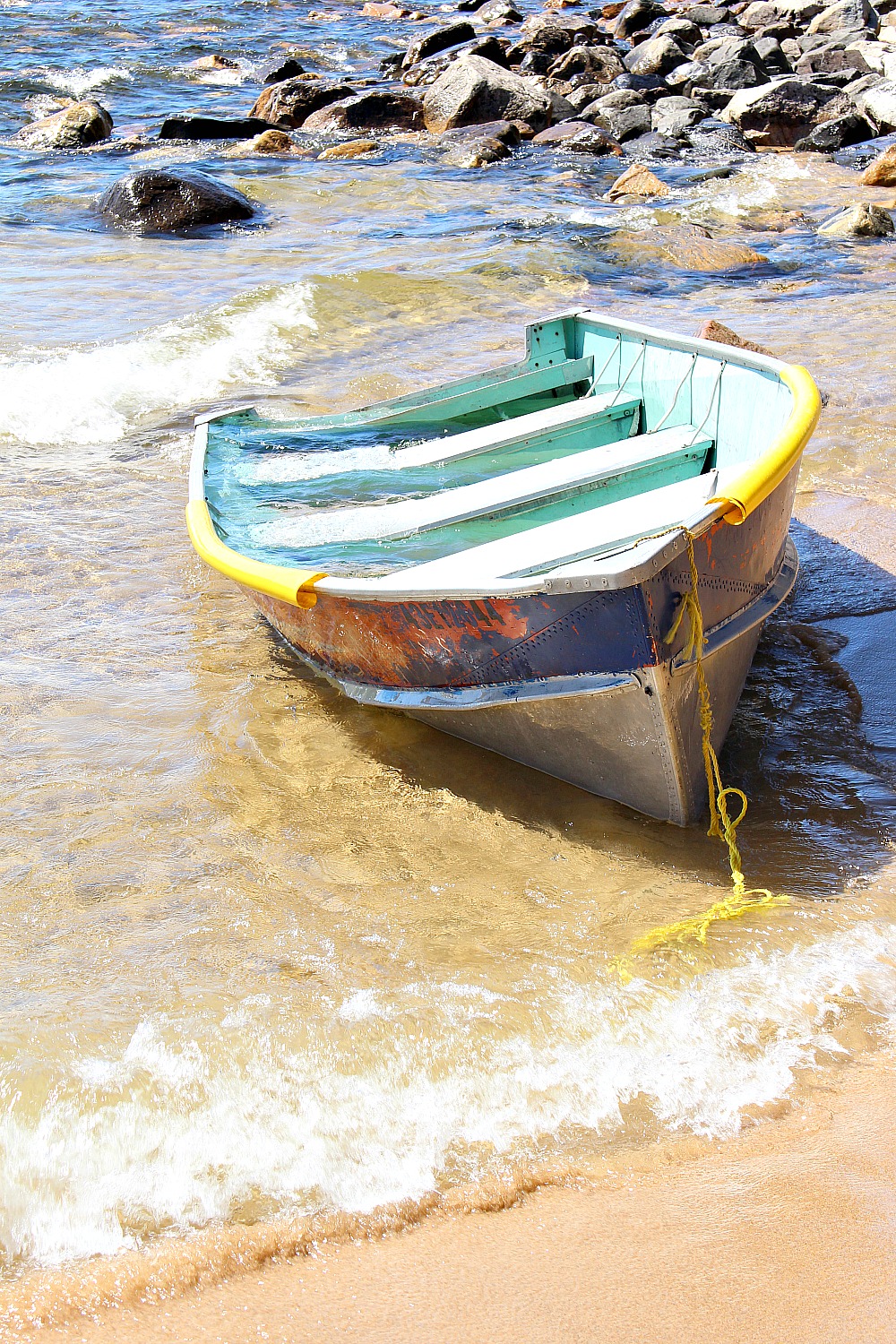 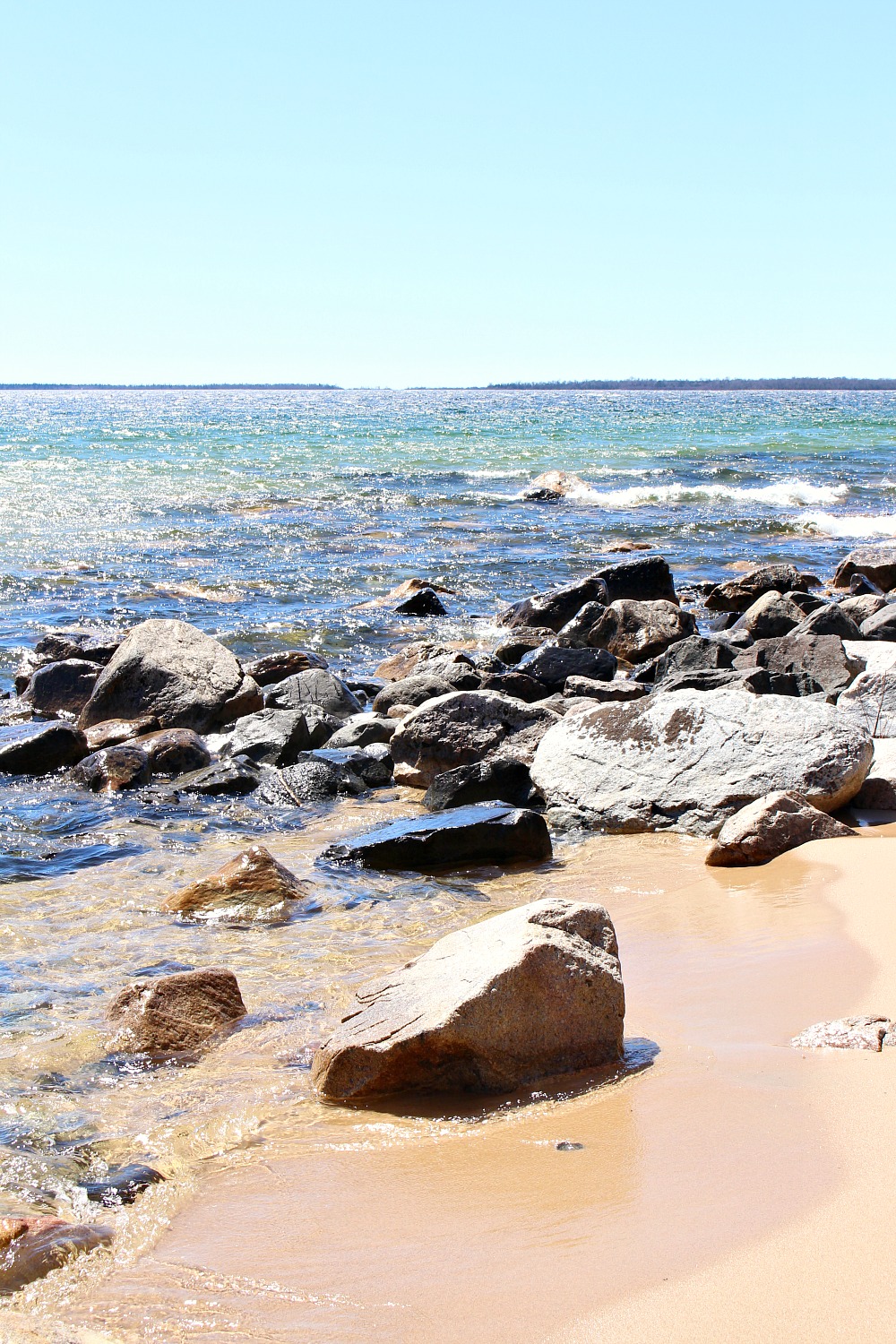 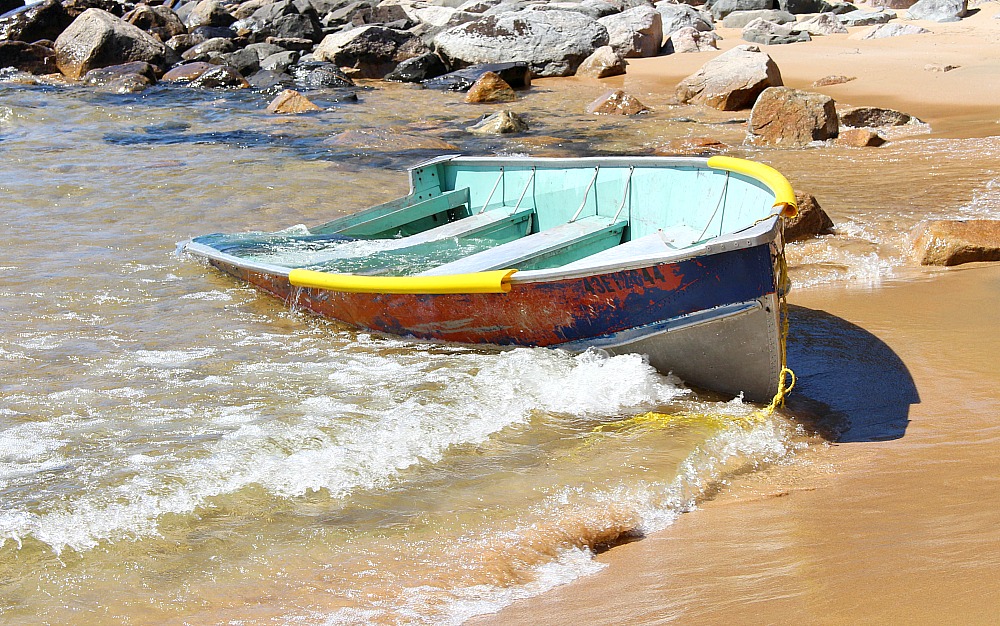 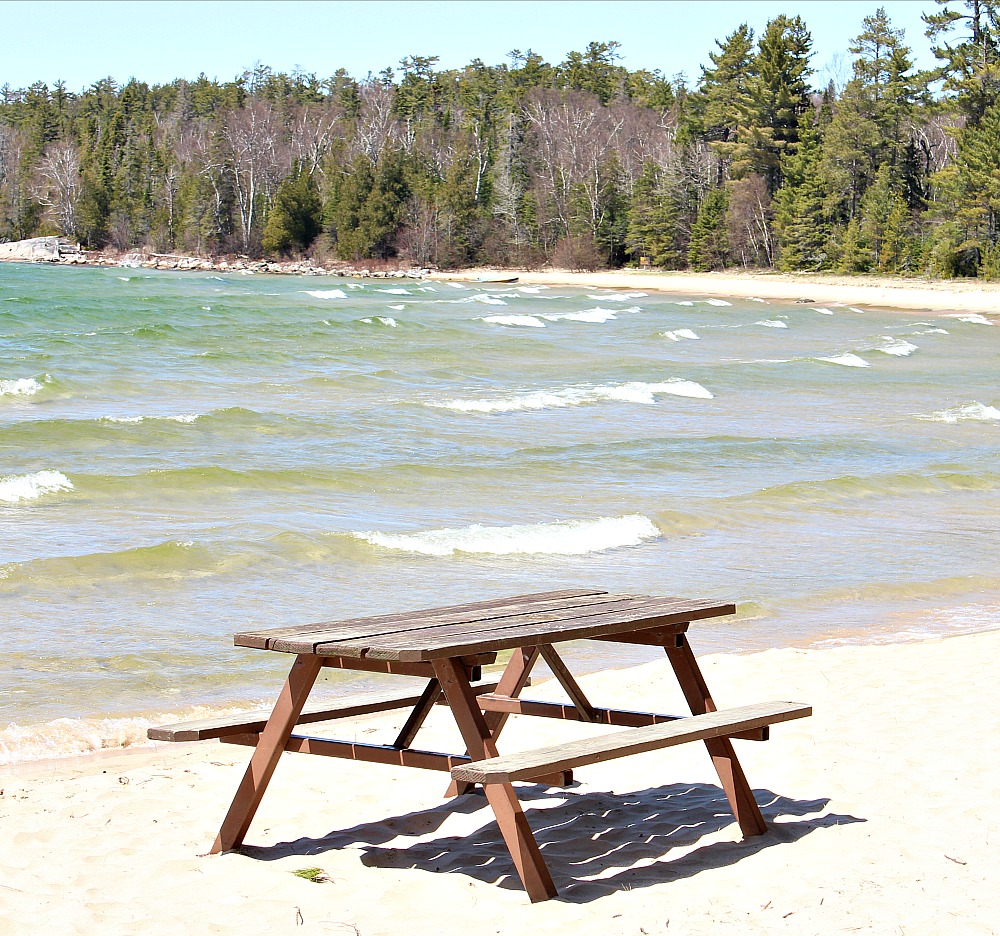 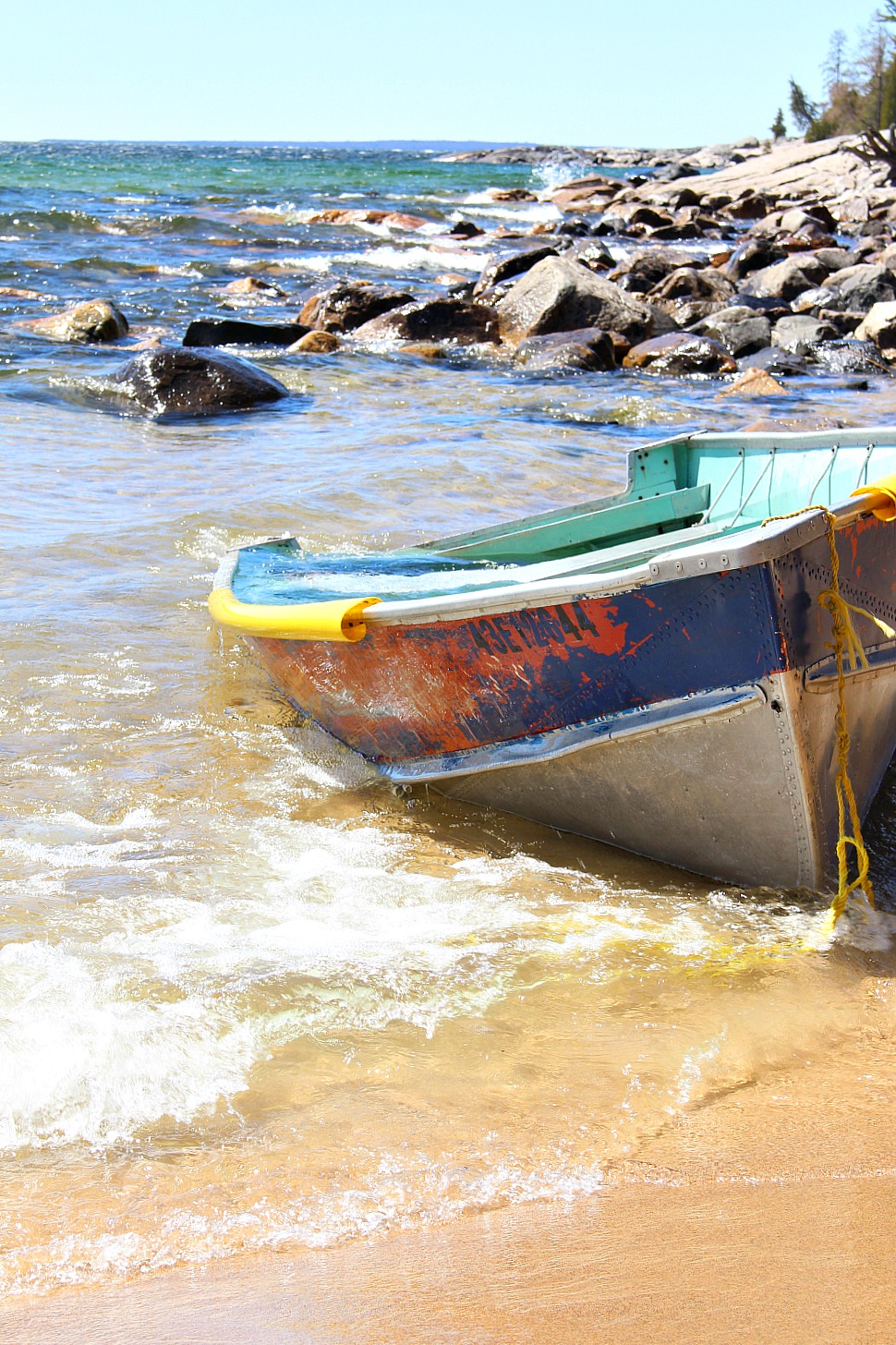 When I announced our plan to buy a sailboat in Toronto and my desire sail it home over the Great Lakes, everyone thought I had lost my mind and I was inundated with intimidating – at times contradictory – Lake Superior facts.  Did you know that Lake Superior is the largest of the Great Lakes and, if you’re considering surface area, is the largest freshwater lake in the world?  By volume, it’s the third largest.  The deepest point is 1300 feet and it holds enough water to flood all of North and South America with a foot of water.  Waves taller than 40 feet have been recorded on Lake Superior – 51 feet is reportedly the highest!  That’s incredibly scary!  Perhaps the saddest fact:  I’ve read that more than 10,000 lives have been lost, with more than 350 recorded shipwrecks.

Okay, okay, it’s probably a good thing we ended up buying our Ticon 30 from a local sailor because I don’t think we were quite ready for that epic a journey.  But I’m excited to get out on Lake Superior and explore it more!  In our last sailboat, a small Fireball, we never ventured very far from shore but with the Ticon 30, who knows how far we’ll sail?

We’ve been working on the boat and we’re hoping to launch soon.  The tired and torn cushions are already with a local upholster (I chose Loft Indigo by Sunbrella for the new cushions – I’m definitely going for a different look, design-wise!).  I snapped some photos the day we purchased the boat and already it’s looking so much cleaner.  While Hubby has been tinkering with the engine, I’ve been scrubbing, decluttering and oiling wood.  On one particularly frigid day, soaking wet from the rain and wearing five layers of old coats I stole from my parents’ basement, I had shimmied into the quarter birth and was oiling the teak.  I shouted to Hubby, “this sucks!”  But then I thought for a moment and yelled again, “this is what sailing is going to be like, isn’t it?  Cold, wet, and oiling teak”.

We laughed because while we know that’s partly true, we also know it’s going to be amazing!  We even bought an aerial camera so I can bring you all along for the ride – minus the motion sickness and endless teak oiling.  For now, here’s a tour of the “before” of our Ticon 30 – with better photos and a video tour coming once the sailboat is looking a little more…shipshape 😉

When you first enter the companionway, this is what you see:

Actually, this is what I saw first:

I can’t wait to polish up those beautiful wood floors!  The steps are really gorgeous too (and they remove to reveal access to the engine – so clever!):

To the left when you first clamber down is the little galley.  I’ve got my eyes peeled for a retro stove, but they can be super pricey! 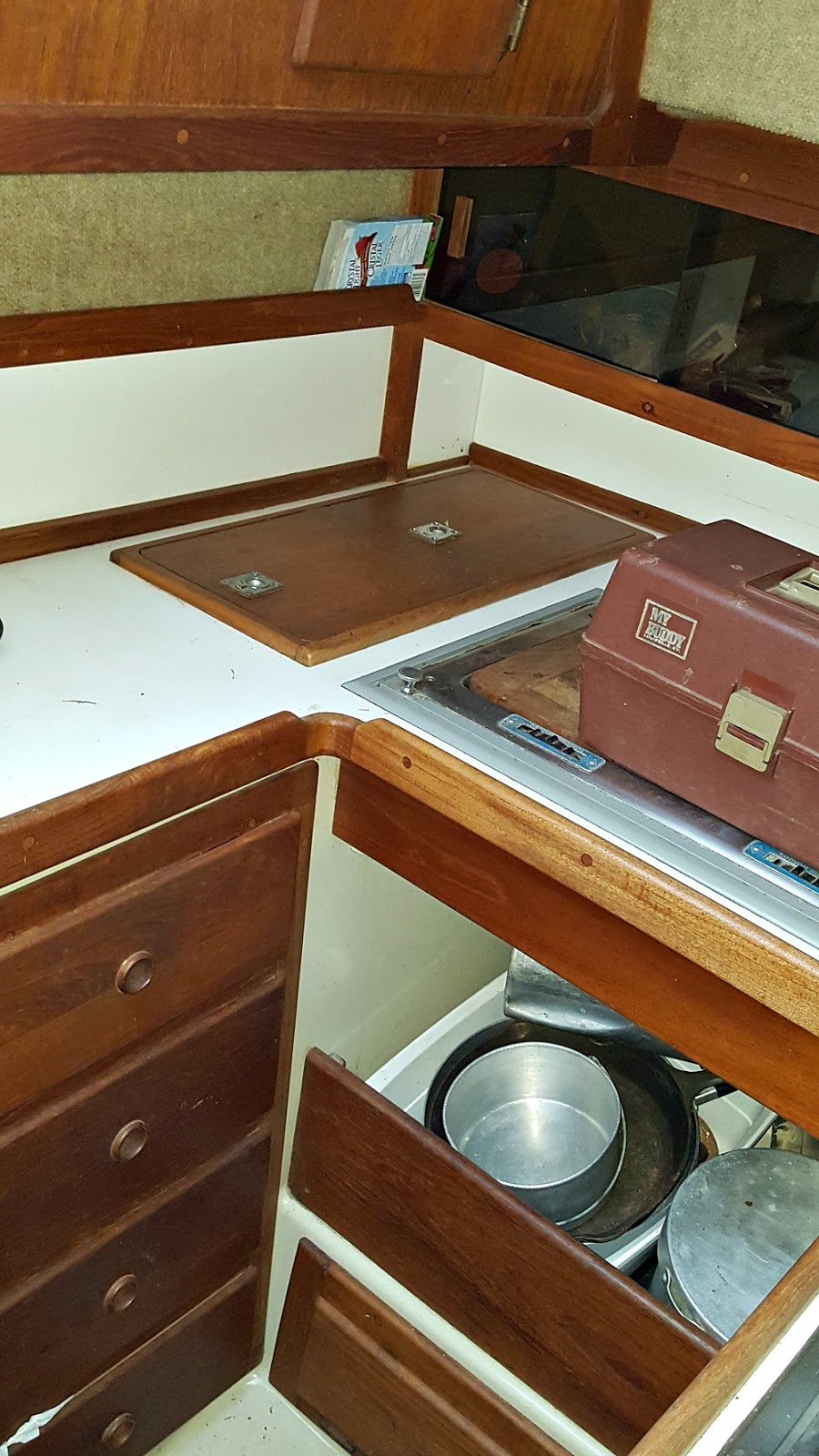 Beside the galley is a seating area that slides out to form a double bed.  Our new cushions will have a really high end mattress-grade foam and we’ll be able to sleep six people!  On the wall is my favorite feature, a table that swings down.  When I snapped these photos the cabin was full of sails and the former owner’s stuff so I couldn’t easily pop it into place (there were also three of us in here), but for the “after” tour I will – it’s gorgeous! 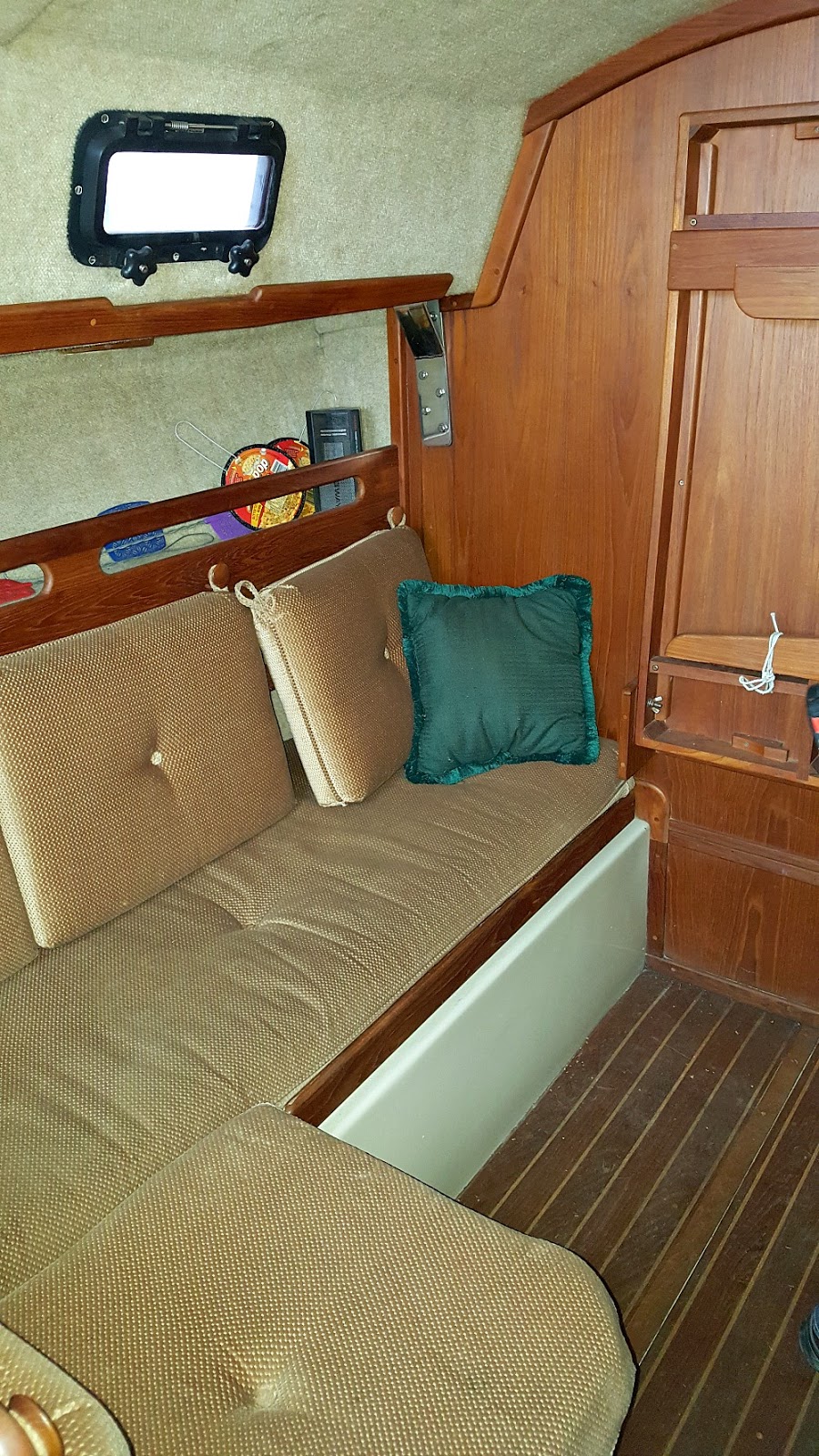 On the right is the quarter berth (with panels that slide out to reveal more engine access), navigation table, and more seating.  I still need to read through a book, no fewer than a million pages long, and pass a test to get my operator’s certificate to operate the marine radio.  Don’t they know I’m too busy thinking about how to decorate my boat? 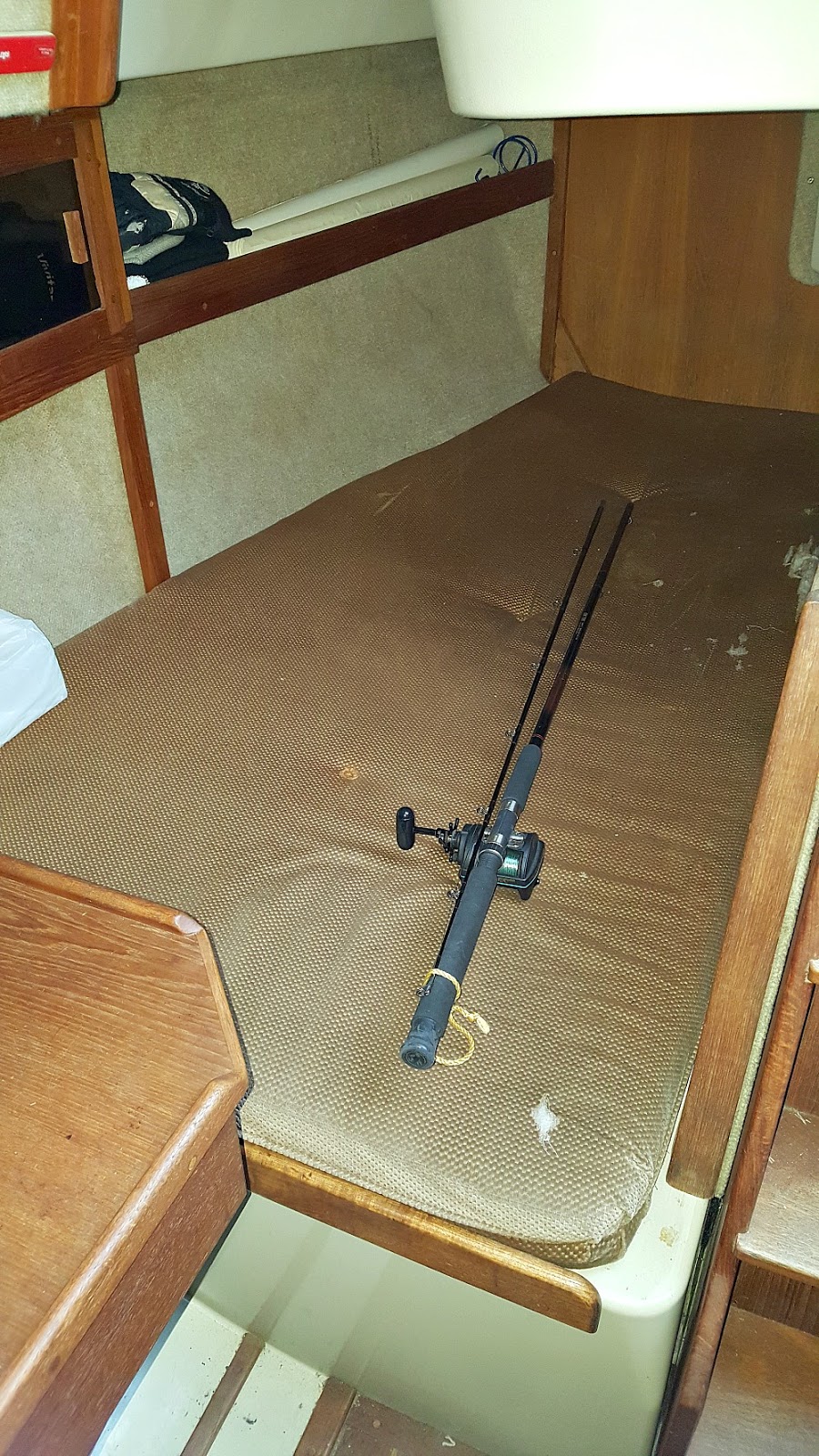 Beyond where Hubby is standing in the first photo, toward the v-berth, is our toilet and shower on the left, with the tiniest bi-fold door you’ve ever seen.  You may not refer to this as the washroom, it’s called the “head”.  Don’t worry – the bucket does not serve a functional purpose in this space.  Near as I can tell, it’s decorative.

To the right is hanging storage and teeny tiny drawers: 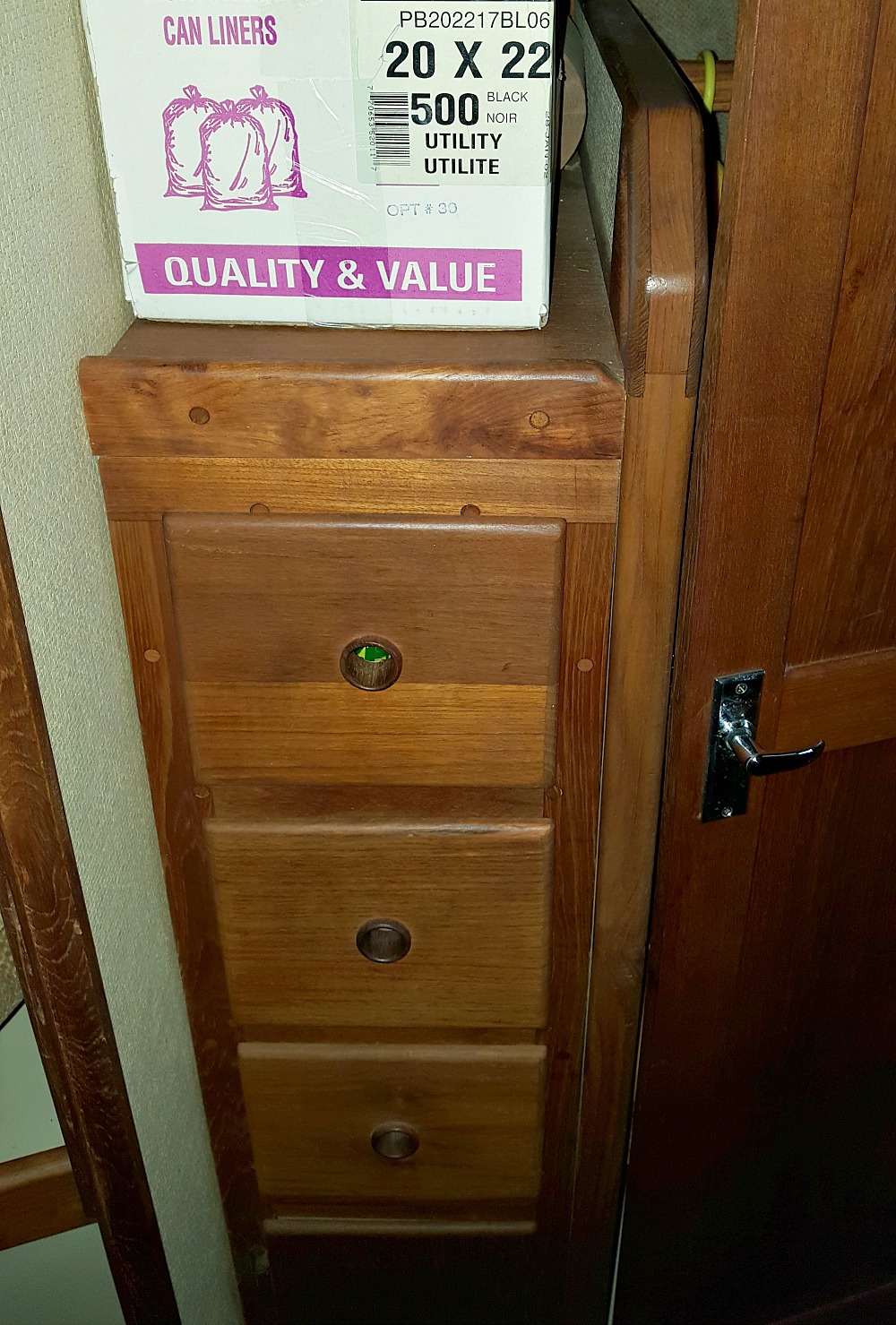 Beyond that is the v-berth, with bunk beds and drawers – and a hatch above, for staring at the night sky…

It looks a little rough in these photos – they’re just cellphone snaps and there was still a tarp covering the hatches and portholes, making it seem much more dim.  It already looks so different because we removed bags and bags of stuff left behind, plus I’ve been scrubbing, cleaning, and teak oiling my heart out.  But I love these photos because they show exactly what our Ticon 30 looked like when we bought it and it will be exciting to see it transform with the new upholstery and a few decorative accents.  I already bought some insanely gorgeous linen for some throw pillows.

If I had the budget and time, I’d be tempted to do a major reno on this sailboat but, for this year at least, the most important goal is to just get this beast on the water and sail it home! 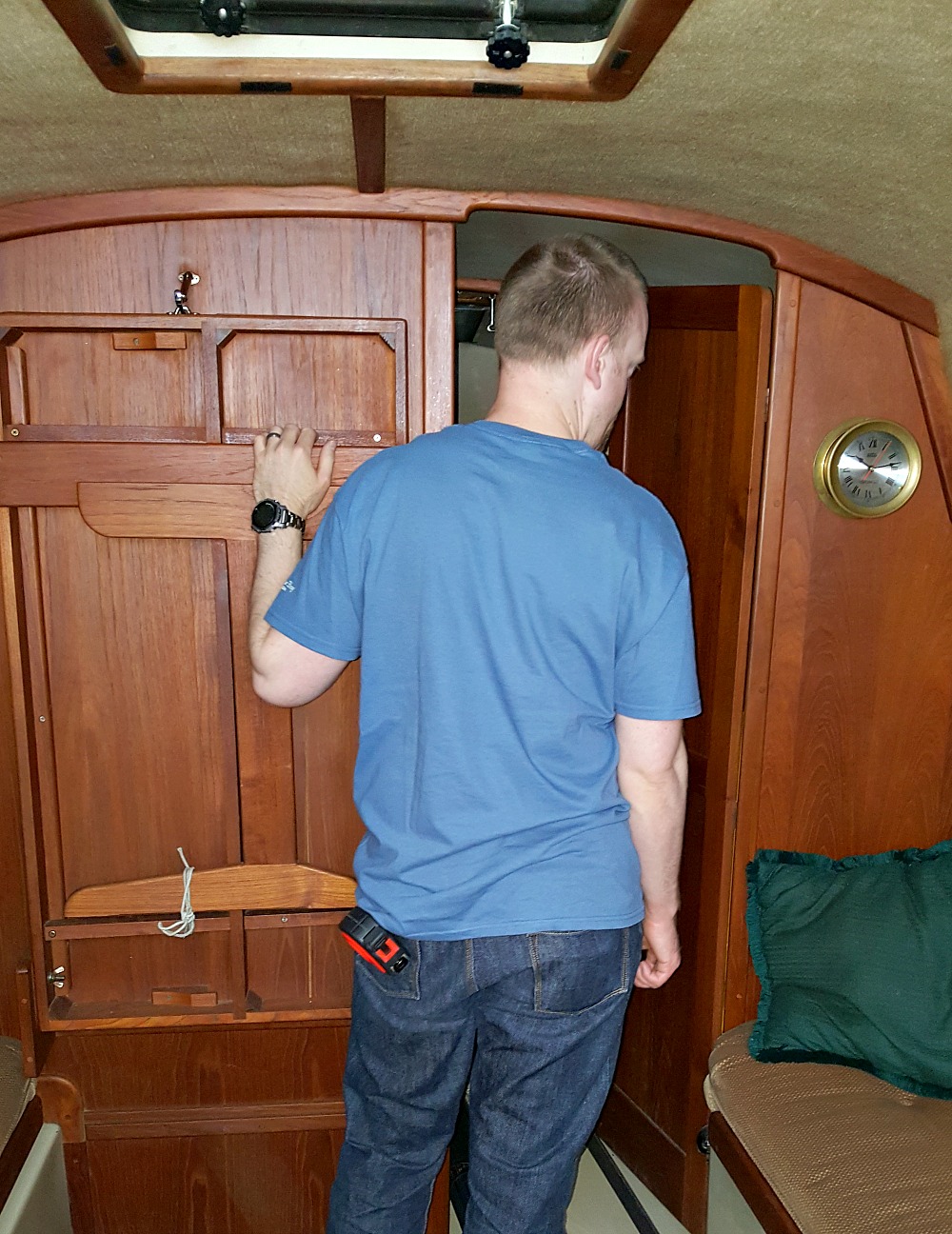 Happy Canada Day to all of my Canadian friends, and an early Happy Fourth of July to my friends a little more South.  I hope everyone has time to get out to explore these beautiful countries of ours this long weekend.

UPDATE: Tour our updated Ticon 30 Sailboat interior right here!  Check out the upgraded upholstery and the special ice dyed pillows I made just for the boat.