This post has been compensated by Collective Bias, Inc. and its advertiser. All opinions are mine alone. #RestAndRenew #CollectiveBias

This past year I made a concerted effort to focus on my health and wellness, and I’m so happy with what I achieved:  I lost 50 pounds, started doing yoga regularly, and swapped a lot of sweet desserts for sugar-free treats.  In addition to maintaining these changes (which hasn’t always been easy), I have some new goals, like getting fit enough to join my municipality’s fire department (it’s volunteer run) and get a better handle on stress.  While I work on those two goals, I’ve also challenged myself to make a life improvement that will make reaching all of my health objectives so much easier: get more sleep!  I really want to become a morning person.

Those days when I wake up before the rest of the world and greet the sun are my most productive and yet peaceful days.  I find that stress is somehow easier to manage on the days when I get up early and I don’t have crazy sugar cravings when I get a good night’s rest.  I have this feeling that maintaining a great sleep schedule through the upcoming busy season – and the long, cold winter beyond – will be key to dealing with stress and making sure my other health and wellness goals are met.

I’ve been working on getting into a better sleep routine for awhile and I have made great strides – and a ton of life changes – but there’s are a couple of stumbling block:  stress and my weird working hours.  The Universe has definitely thrown a healthy dose of stressful, seemingly insurmountable problems my way but even though I know that worrying about it won’t help me, lately I’ve been kept up at night.  On top of that, I find that because my schedule is so flexible, I can easily slip into a terrible habit of working late at night – that’s when the best ideas come to me! – which throws my entire schedule off.  When I was given an opportunity to try youtheory® Sleep Nighttime Powder, a supplement that calms the mind* and provides broad-spectrum support
for occasional sleeplessness*, I was definitely intrigued.  Truthfully, I was skeptical but I was also really interested because the idea of being able to drift off into a restful sleep, even on those nights when my worries – or a million creative ideas – keep me awake, sounded like the perfect complement to all of the healthy changes I’ve been making. 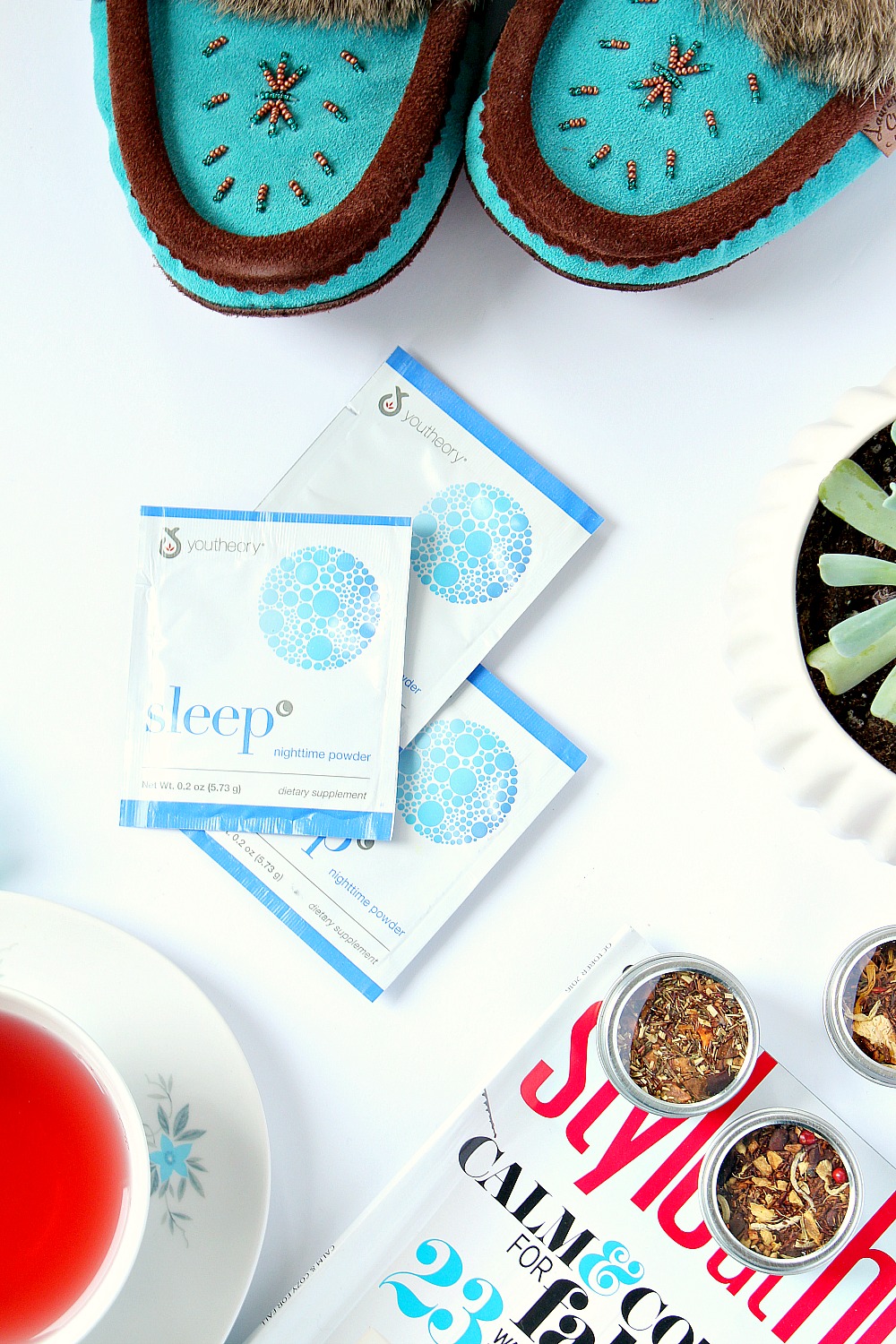 If you’ve struggled with being an early bird when you’re really a night owl (like me), or you’ve experienced occasional sleeplessness, these are the tips and tricks that have worked for me so far!  This is how I’m slowly becoming a morning person…even when I’m a night owl by nature.

Rule # 1: Skip the Caffeinated Drinks in the Evening 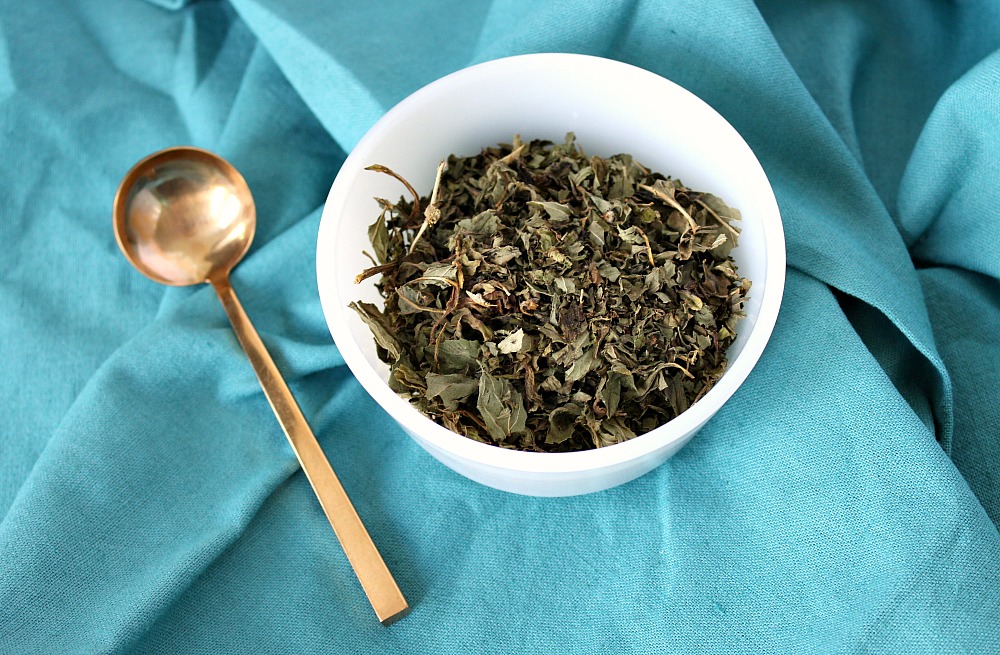 Caffeine never used to effect m: it never perked me up in the morning (darn) or kept me awake at night.  I was bizarrely proud of the fact that I could drink three cappuccinos before bed and sleep like a baby.  But the last year or so I’ve noticed that now it does keep me awake at night.  Maybe it’s the weight loss?  Maybe I’m just different now that I’m in my 30s?

In order to get a good night’s rest, I’ve had to re-shape my nighttime bed routine and ditch my favorite caffeinated teas and the occasional latte for soothing herbal infusions instead.  Hubby is thrilled because his favorite tea is mint!

Rule #2: Get Up at the Same Time Everyday

This is the toughest rule!  But it’s worth it.

I used to set my alarm clock for eight hours after I went to bed.  During the week I’d sacrifice sleep, but on weekends I’d definitely sleep in if I got to bed late.  This varying sleep schedule just made staying up the next night easier, shifting my wake up time and wreaking havoc on my sleep.  I read somewhere that to develop a good sleep habit, it’s essential to wake up at the same time every day – even on weekends, even after late nights.  I’ve been doing that and now sometimes I even wake up before the alarm – which is amazing!  Plus I’m finding my night owl habits are fading a little: I’m not always able to stay up for Saturday Night Live, for example.  This makes me feel old, but rested, come Sunday morning.

Rule # 3: Only Gentle Exercise in the Evening – and NO WORK

I have found that gentle exercise – like yoga – is lovely in the evening because it helps me relax.  Even if Hubby and I don’t do yoga, I’ll often pull out my mat and do gentle stretches – sometimes during a show we’re watching or before I go for a bath.  But any other kind of exercise, even just rowdy activities like furiously cleaning or running around with Szuka, are off the table in the evenings because I’ve learned that I need peaceful projects and activities to ease myself into restfulness.  I used to be one of those nutty people who can start a project at 10pm and work all night if I need to, so I’ve been working to combat that nature and focusing on not winding myself up in the evening.

For this same reason, I’ve had to create a work cut off because I found it was too easy to sneak back into my office – especially because it’s so inviting now.  Or I’d power through and work on DIY projects late at night.  You won’t believe how many times we’ve kept the neighbors awake with the chop saw at 10pm.  Not working a normal 9-5 job facilitated weird work hours, which exacerbated my weird sleep schedule, so I’ve tried to put an end to that.  I still occasionally work late to finish a project, but not as often as before.

I used to get so engrossed in what I was doing during the afternoon and early evening, that I would forget about dinner until it was really late.  These late meals, although romantic (hello lake sunsets!) were lovely in the summer but now that it’s pitch black they’re just depressing.  So we’ve been eating earlier and earlier and it’s been helping to re-set my circadian rhythm – nothing made falling asleep more difficult than a belly full of zoodles!  Plus, it’s made mealtime more enjoyable because we get to enjoy the lake and the view, instead of dining in the pitch black, which is so soothing. 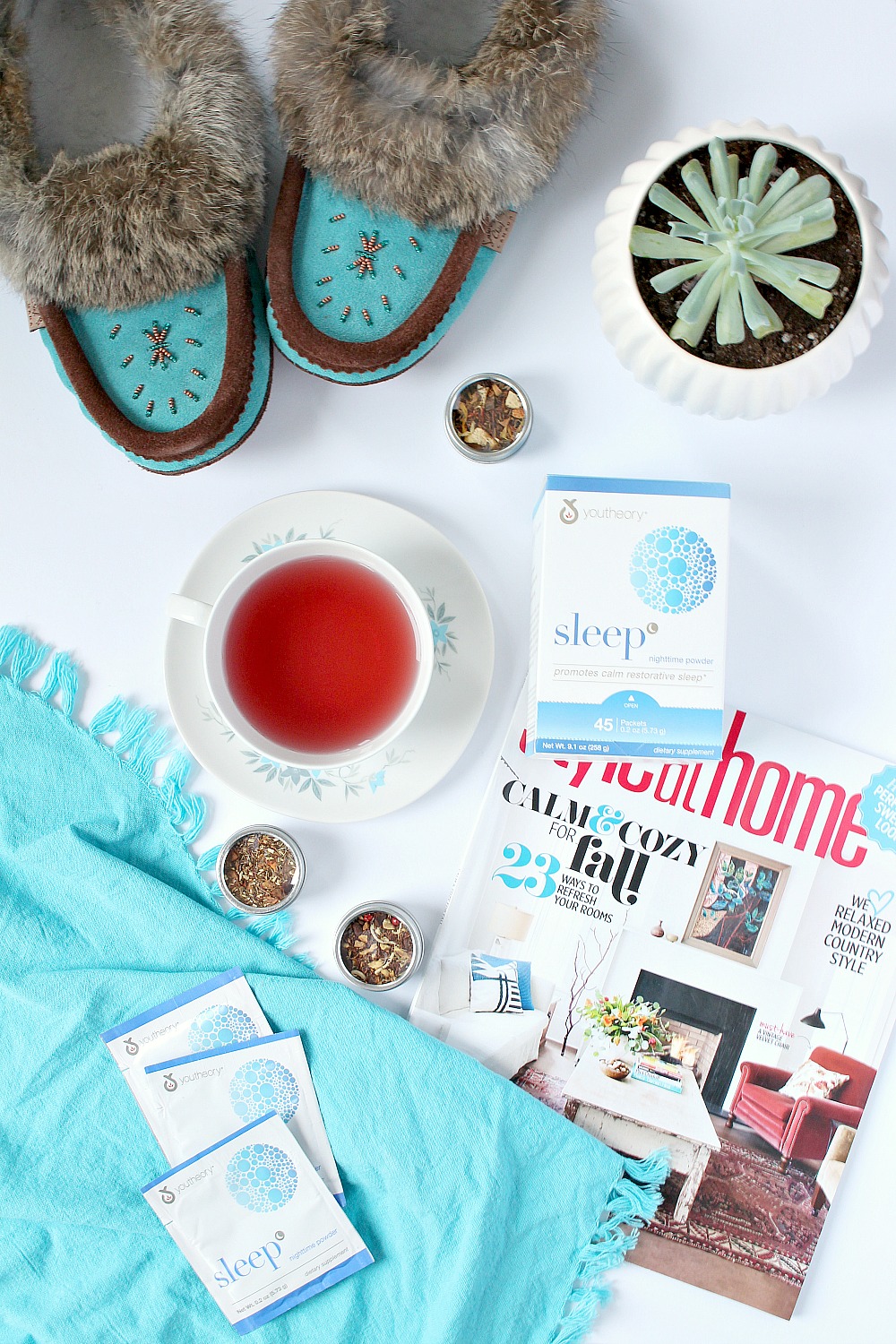 I used to think that there was nothing that could be done about those nights when I just couldn’t fall asleep, but then I got to try youtheory® Sleep Nighttime Powder, which claims to calm the mind*, promote rapid onset of sleep*, improve the quality of sleep*, and support deep restorative sleep*.  It’s a naturally flavored (lemon-lime) dietary supplement, with ingredients like magnesium and melatonin, that can be dissolved in juice or water and consumed a half hour before bedtime.  The first time I tried it, it definitely calmed my mind and waves of sleepiness washed over me – it was an incredible feeling.   I couldn’t have stayed up late if I wanted to! 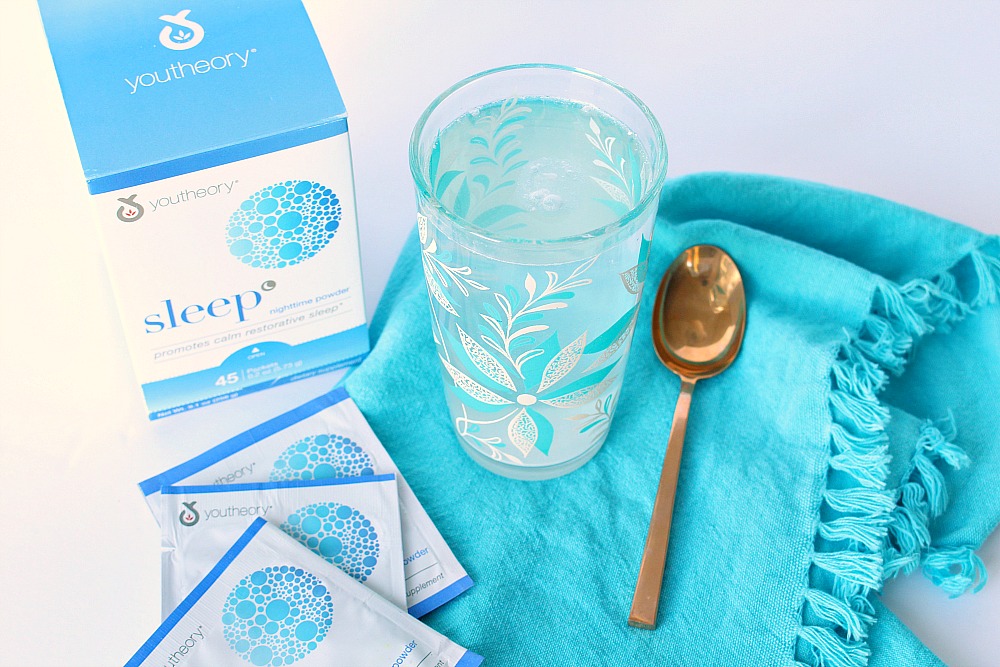 The night before a trip, I usually toss and turn and sleep about forty five minutes because I’m so worried about sleeping in and missing my flight.  To really test this sleep supplement, I took some before my flight to Toronto last week (for a family related problem).  I was a nervous wreck and so wired, but that wave of calmness washed over me and I actually slept!  Soundly!  I woke up once during the night and immediately fell back to sleep – I didn’t count the minutes until I had to be at the airport, like I usually do.  I woke up feeling refreshed, despite the early hour.  I was amazed that this powder worked so effectively for me.

I love having the youtheory® Sleep Nighttime Powder in my arsenal now because it works for me and helps me stay on track when I can’t sleep.  It’s available online at Costco.com (you don’t need a membership, although non-members are charged a 5% surcharge), which, to me, indicated right away that this is a quality product.  Hubby and I are really loyal Costco customers – we even kept our membership when we moved to a Costco-less city.  We regularly shop online and access other members benefits and services, so it’s worth it for us.

Rule #6: Put the Cell Phone Away 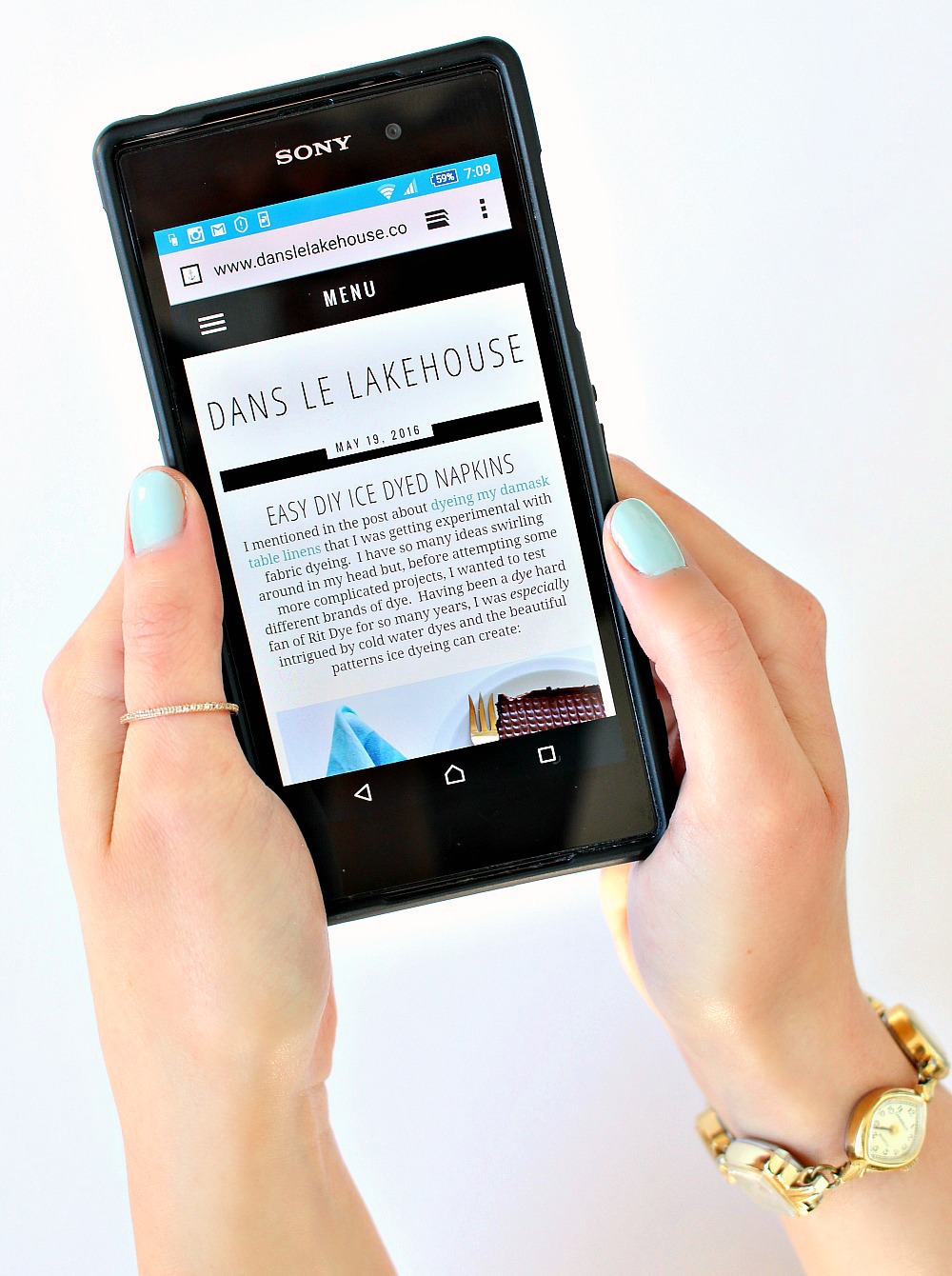 My cell phone is the worst distraction and we all know that the blue light emitted from devices really messes with our sleep cycles.  I’ve been putting mine down and opting for a magazine or book in the evenings instead and – WOW – does that ever make a difference in how quickly I can fall asleep.  I am occasionally tempted by the siren song of Pinterest but I try to resist because putting down the cell phone definitely has a positive effect on my sleep.

I still have some work to do, but I’m feeling happier with my sleep habits today.  I feel more rested and energized.  I’m still working on becoming the kind of person who can wake up at 6am every day without an alarm, but I’m getting there, one day (or, I guess, night) at a time.  If this is one of your goals too, check out youtheory® at Costco – and share your tips for a good night’s rest in the comments because I’d love to hear them! 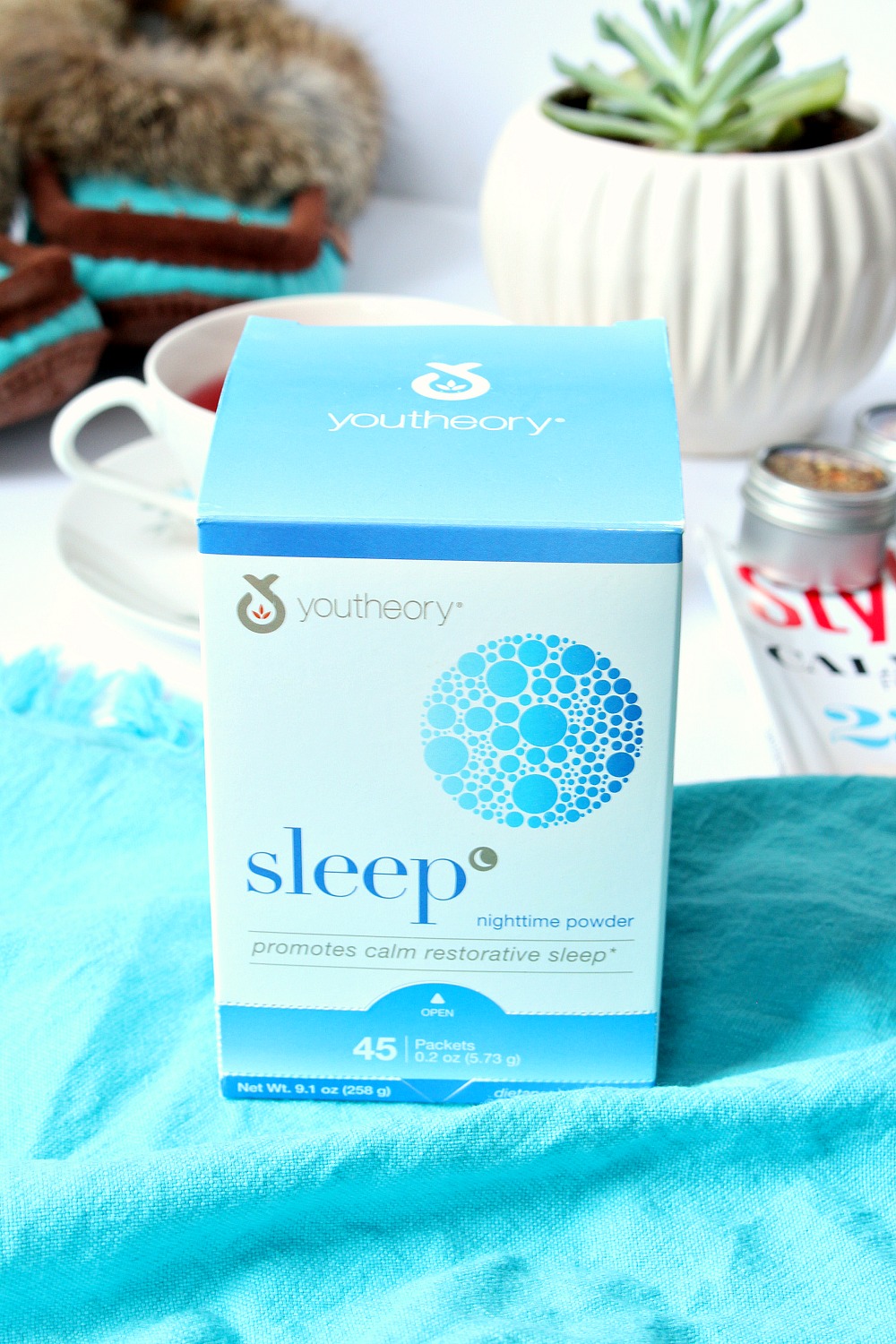 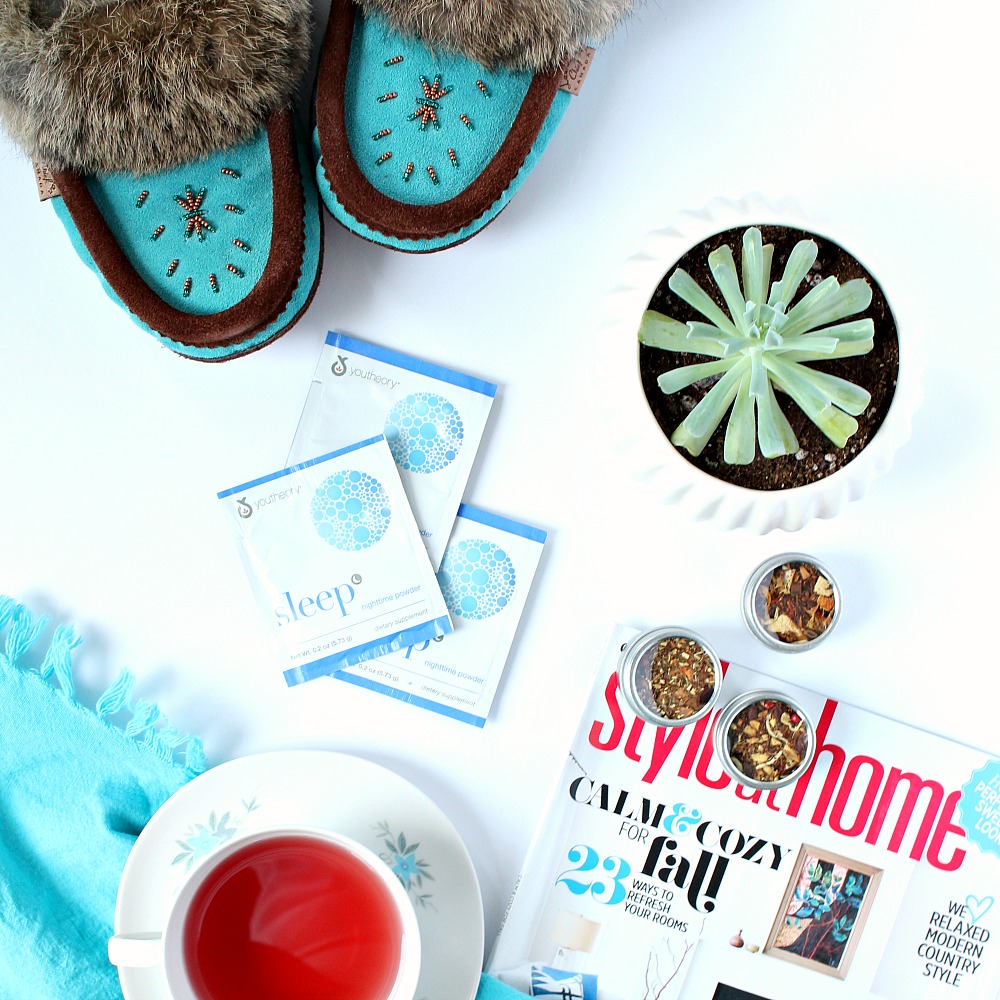 *These statement have not been evaluated by the Food and Drug Administration.  This product is not intended to diagnose, treat, cure or prevent any disease.