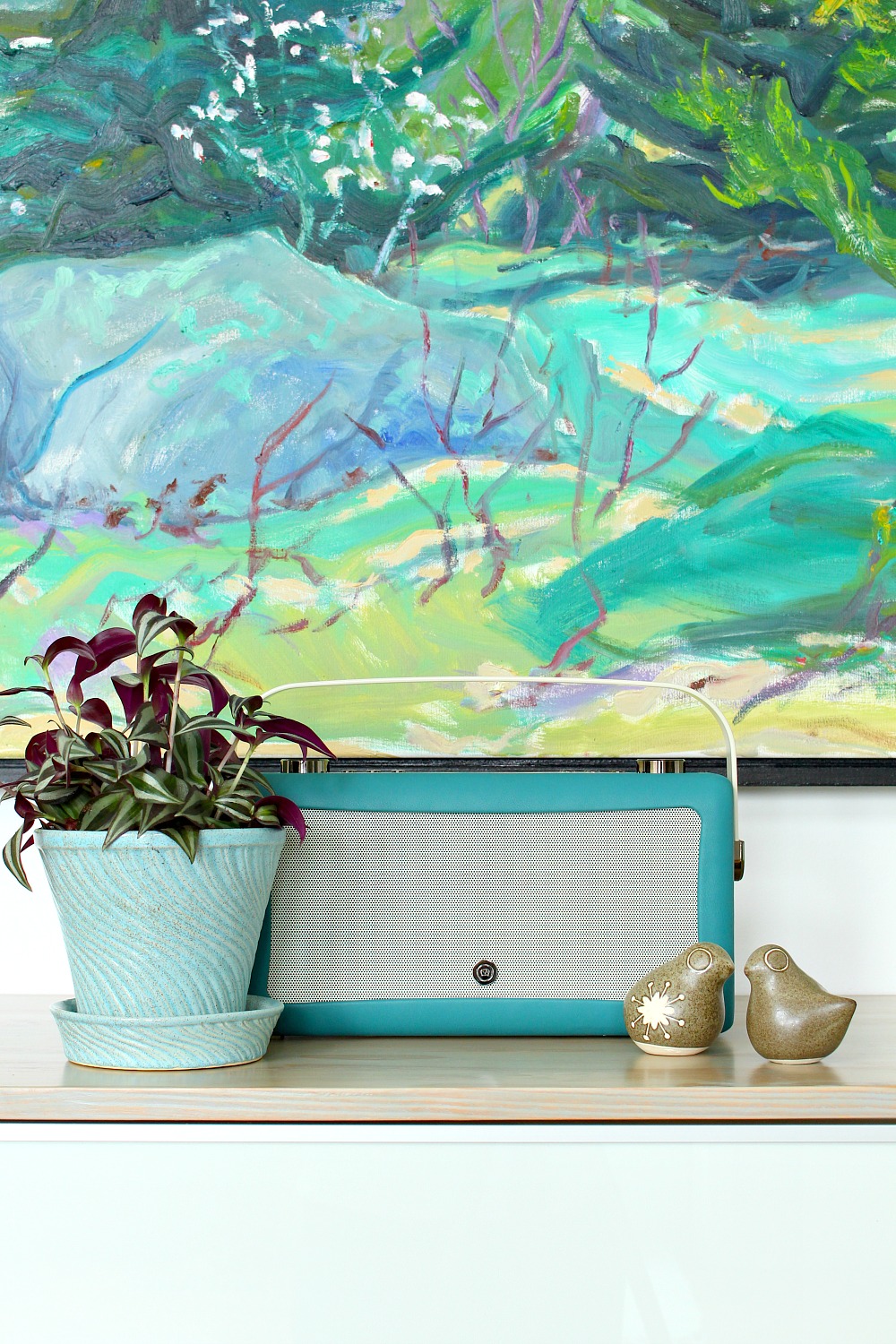 I’ve had a chance to review the VQ Hepburn MK II radio for the past few months and it is just the cutest thing ever!  I was expecting more of a turquoise, but the vintage-inspired teal green that came in the mail has definitely grown on me (it photographs much more blue). 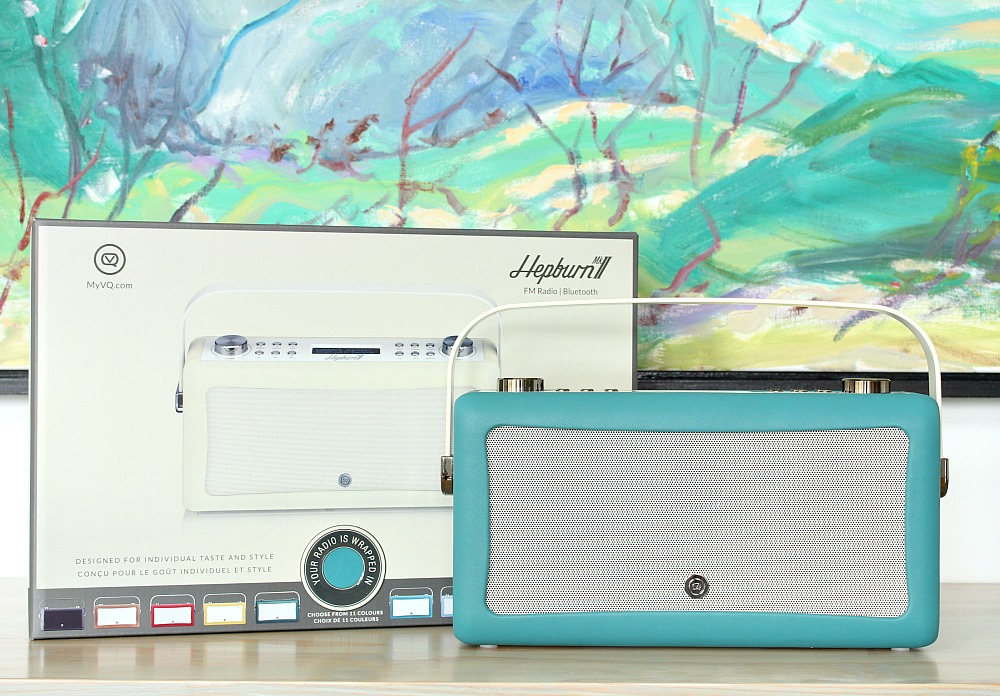 Even though Hubby and I both love music (really, though, is there anyone who doesn’t?), we hadn’t gotten around to buying a radio, even though it was on our wish list.  In the truck we splurge on an annual satellite radio membership because commercial-free music makes our hour long drive into town so much more fun.  In the lakehouse, though, we were listening to the commercial-free music channels on TV.  Those channels served the purpose for inside, but outside we were stuck with Hubby’s old radio from 100 years ago.  Because the CD player was broken, we were limited to a few local radio stations and, frankly, silence is better than the jibber jabber and endless commercials – it’s just not what we want to listen to when we’re chilling out by the lake.

We just couldn’t decide what kind of radio to buy, because the options were dizzying.  We kept putting off the decision, as we too often do when we feel overwhelmed.  When VQ reached out, I was thrilled to discover a new-to-me brand offering a radio that ticked off all of the boxes for me:  easy to use, vintage styling, and great battery life – delivered right to my door! 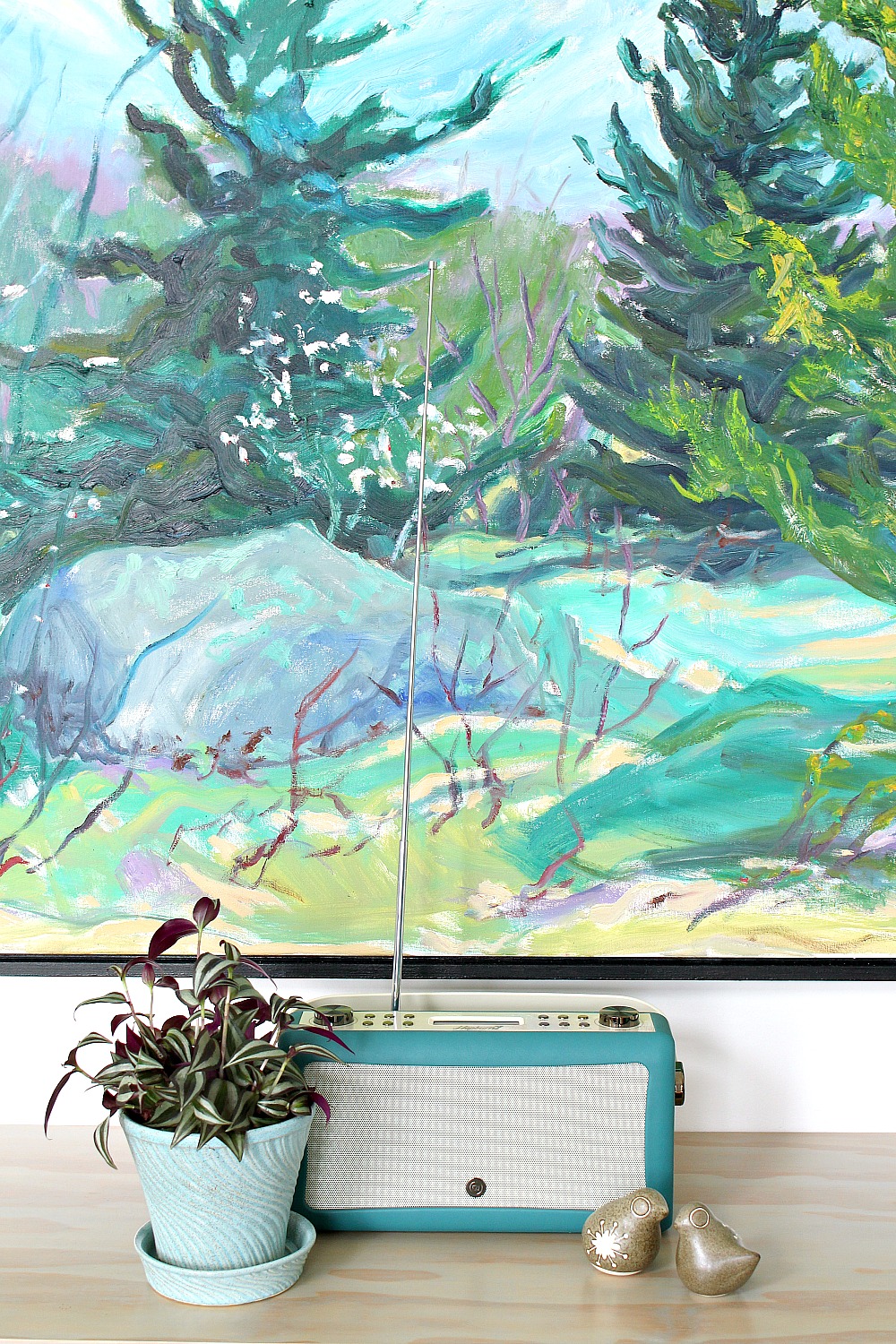 VQ makes different models with different features but the Hepburn MK II has been perfect for us.  It can play AM/FM stations – if I ever have an inexplicable urge to listen to an afternoon of Metallica while trying to win a cruise – but it also connects via Bluetooth to other devices, meaning we can easily access the playlists on our phones. 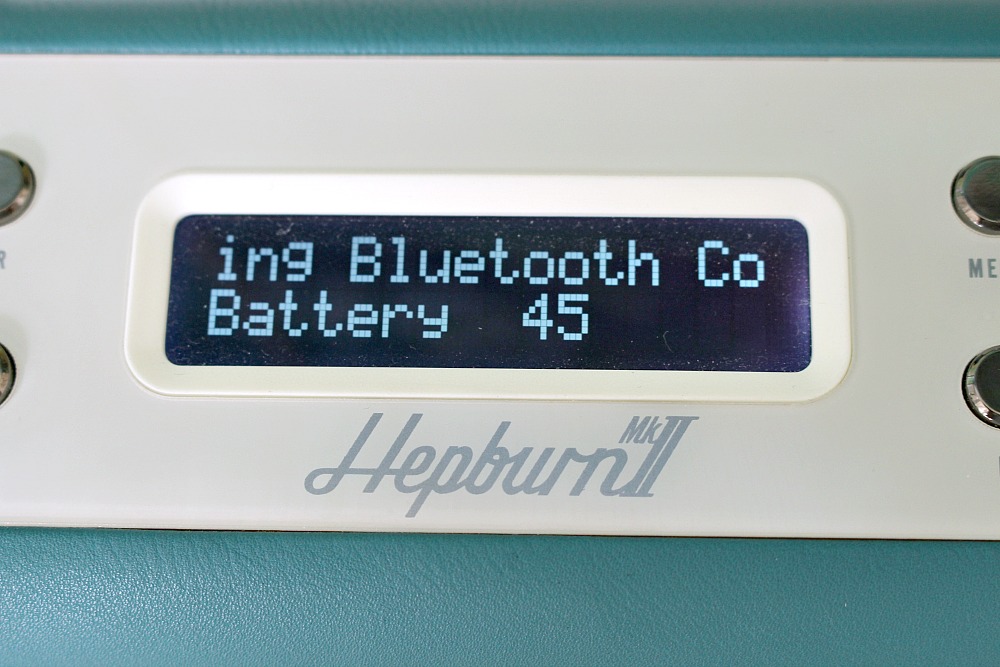 I was really impressed with the Bluetooth connectivity – as opposed to a style that requires you to dock a phone – because it’s great for parties.  After Hubby’s holiday work party this year, some of his friends came over to our hotel room because we had the snazzy sunken living room.  Hubby’s terrible music was immediately jettisoned and someone else quickly substituted their favorite playlist, without having to dock their phone – and risk leaving it behind by accident.  Better still, compatibility wasn’t an issue – any phone with Bluetooth connects and the range is incredible.  I think the fact that we could easily connect a new device at 3am after imbibing way too much speaks volumes about the ease of use. 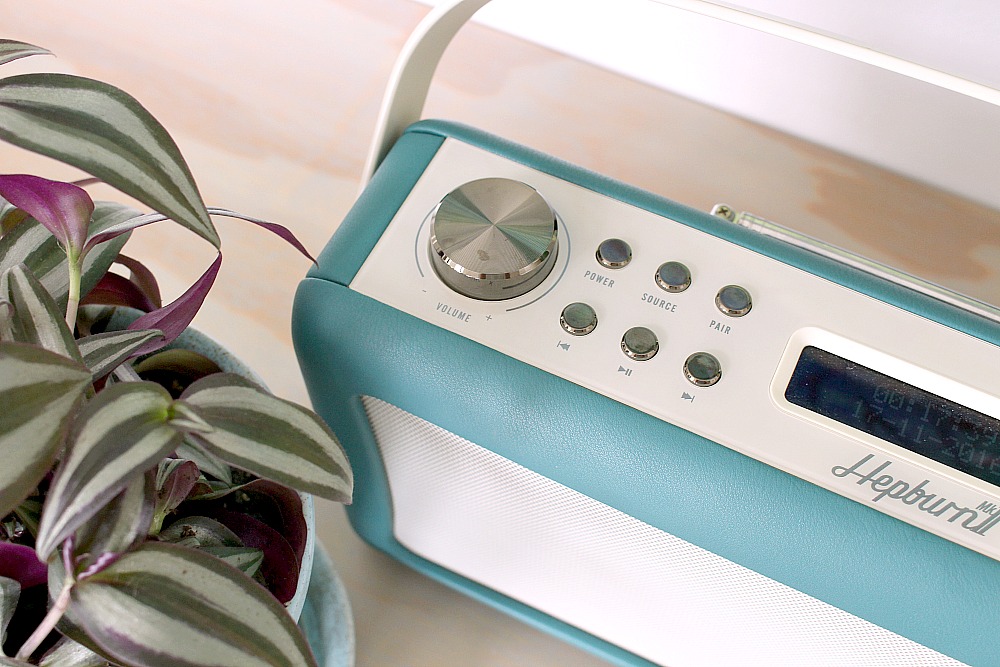 Perhaps my only complaint is that the speakers could be louder.  You can definitely crank up the tunes inside – and when we’re hanging out by the fire pit it’s just right – but I was hoping for something with a little more oomph.  For a petite little radio the sound quality is amazing though, and because the battery lasts such a long time it’s easily transportable.  But it’s not the kind of radio you can drive away neighbors with – just saying.  If you’re in the market for a cute little radio for home or the office and are after something that looks as good as it sounds, I recommend checking out VQ.  It’s a UK company but they’ve moved into other countries, including Canada, and lots of retailers carry their products now – and you can even find it on Amazon!

This post was sponsored by VQ but I was not encouraged or prompted to provide a positive review – all thoughts and opinions are my own.