We welcomed her at the end of June, but I’ve been too busy chasing this little bunny around to share a post about her.  Meet Hynda, Szuka’s new buddy! 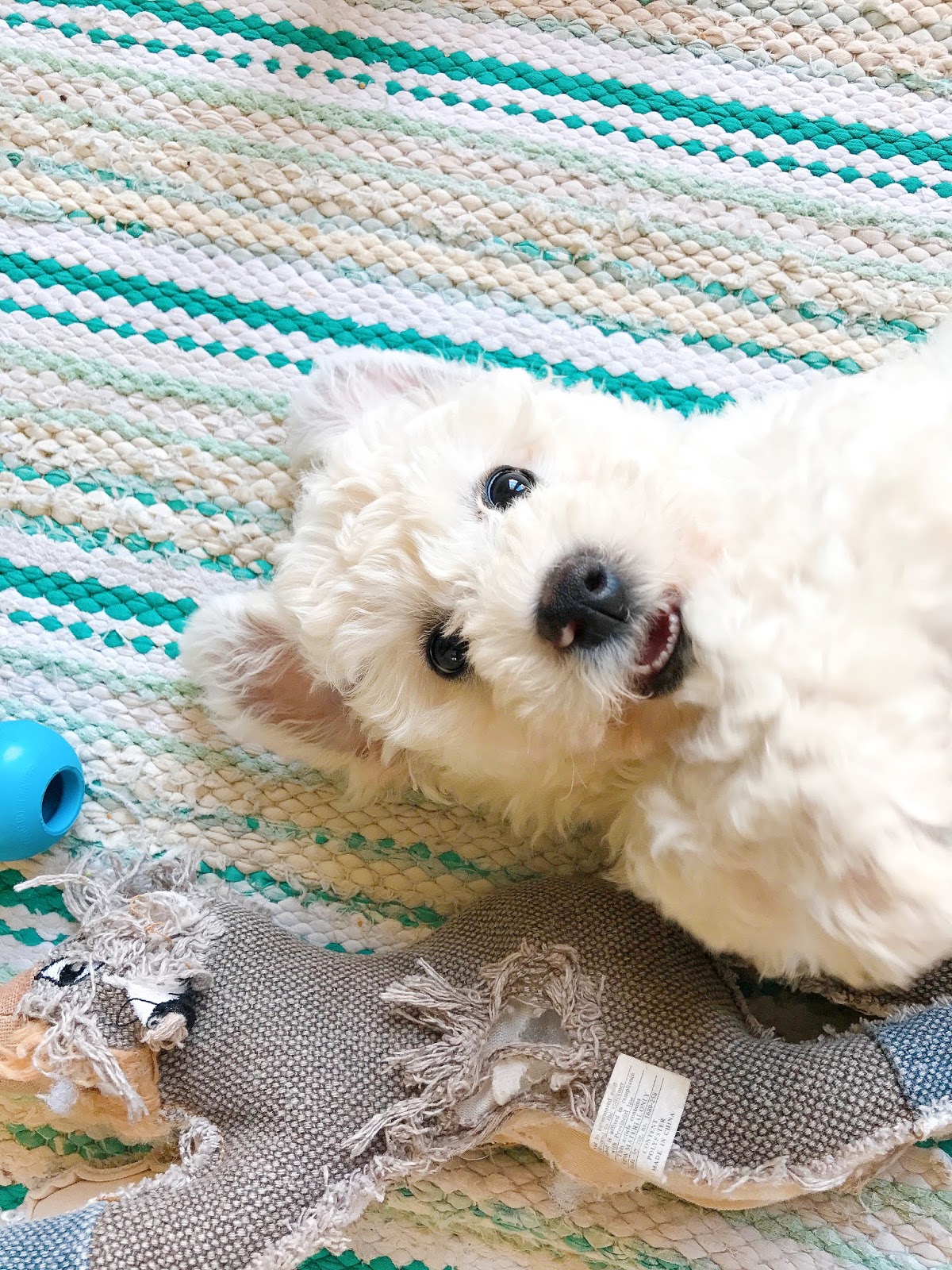 For two years I have casually looked for another pup to add to the mix.  Because I have allergies, it really limits my selection to about five breeds.  Because Szuka is kind of iffy with other dogs, we were really worried about bringing home an adult rescue but I kept my eyes peeled anyway.  Around here, there are a lot of Labs, German Shepherds, and Husky mixes all looking for homes, but all of those breeds make me super sick.  I started looking at breed specific rescues across Canada and the US but was turned down because of distance.  Most shelters and rescues wanted people to adopt nearby so they could easily return the pup if need be.  I was kind of surprised at how difficult it was to find a pup to re-home, but I guess that’s just the reality of living somewhere kind of far flung.  I almost rescued a feral Komondor but he was mixed with Great Pyrenees (a major allergy maker for me).  When I was in Ottawa I almost found the perfect pup who was desperate for her forever home, but I missed out when a great family scooped her up before I could.  I wish I didn’t have allergies because there are a million dogs I would have taken home from our local dog rescues.  I still look every now and then, in case a dog I can handle allergy-wise pops up! 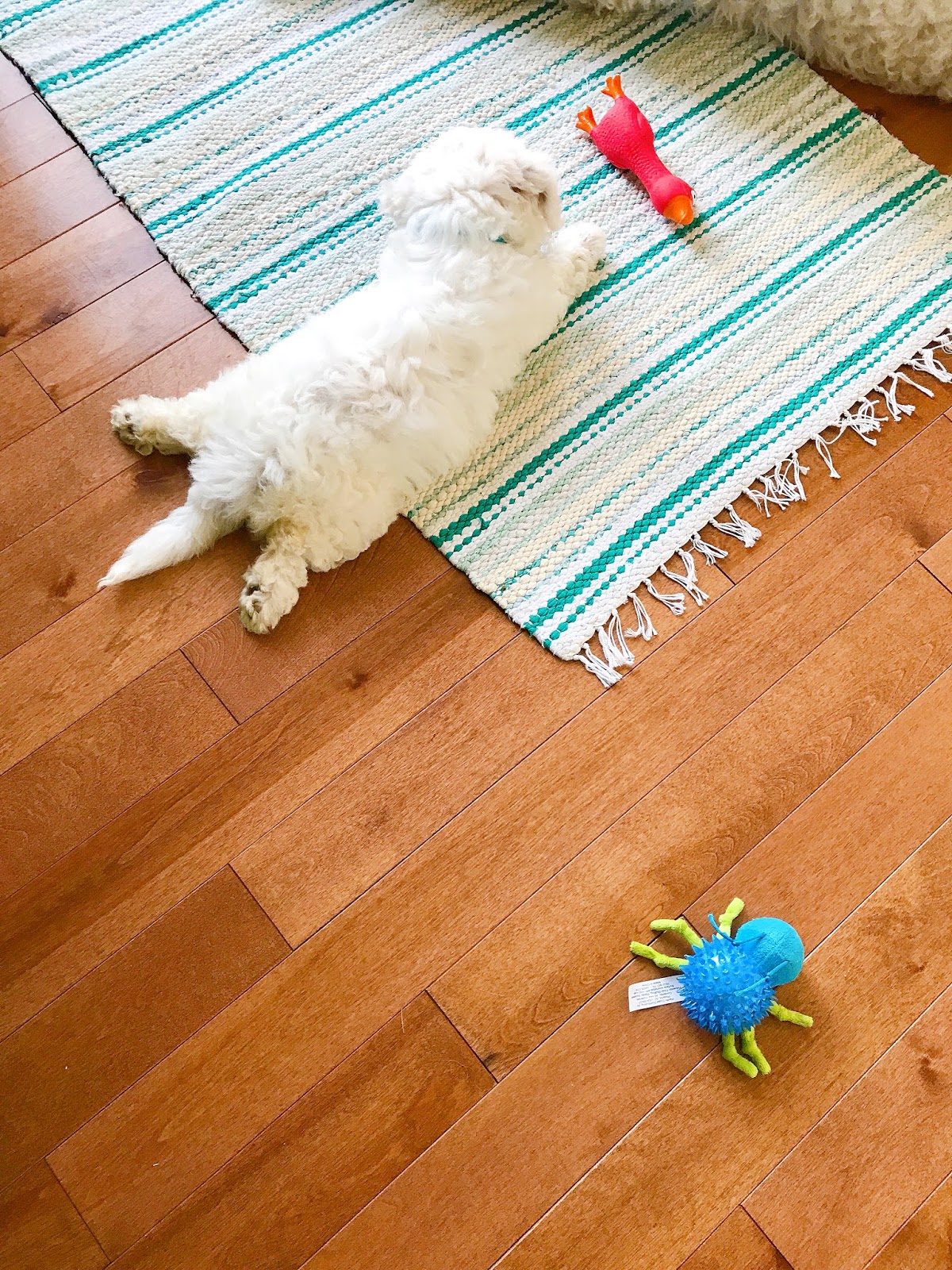 Meanwhile, because I’ve been working more outside the home, Szuka sweetie has been a bit lonely so I started really seriously looking for another dog and finally started considering a puppy as opposed to a rescue.  At the dog park she always favors little dogs and when she meets other white dogs she seems to like them more.  She spends a lot of time looking in the mirror (it’s kind of adorable) so I wonder, does she know she’s a white fluff-ball?  My boss has four poodles and one of them is white and when Szuka met them, she and the white male poodle started at each other for SO long!

In the end, I found a great couple (registered breeders, no backyard shenanigans and no pet shops) who breed Bichon Frise.  I researched the breeds I don’t have reactions to tirelessly and the Bichon seemed like a great fit because it’s small but spunky so I figured it could hold its own rough housing with Szuka.  I also read that they don’t need to be the dominant dog, which I thought might make for a smoother adjustment. 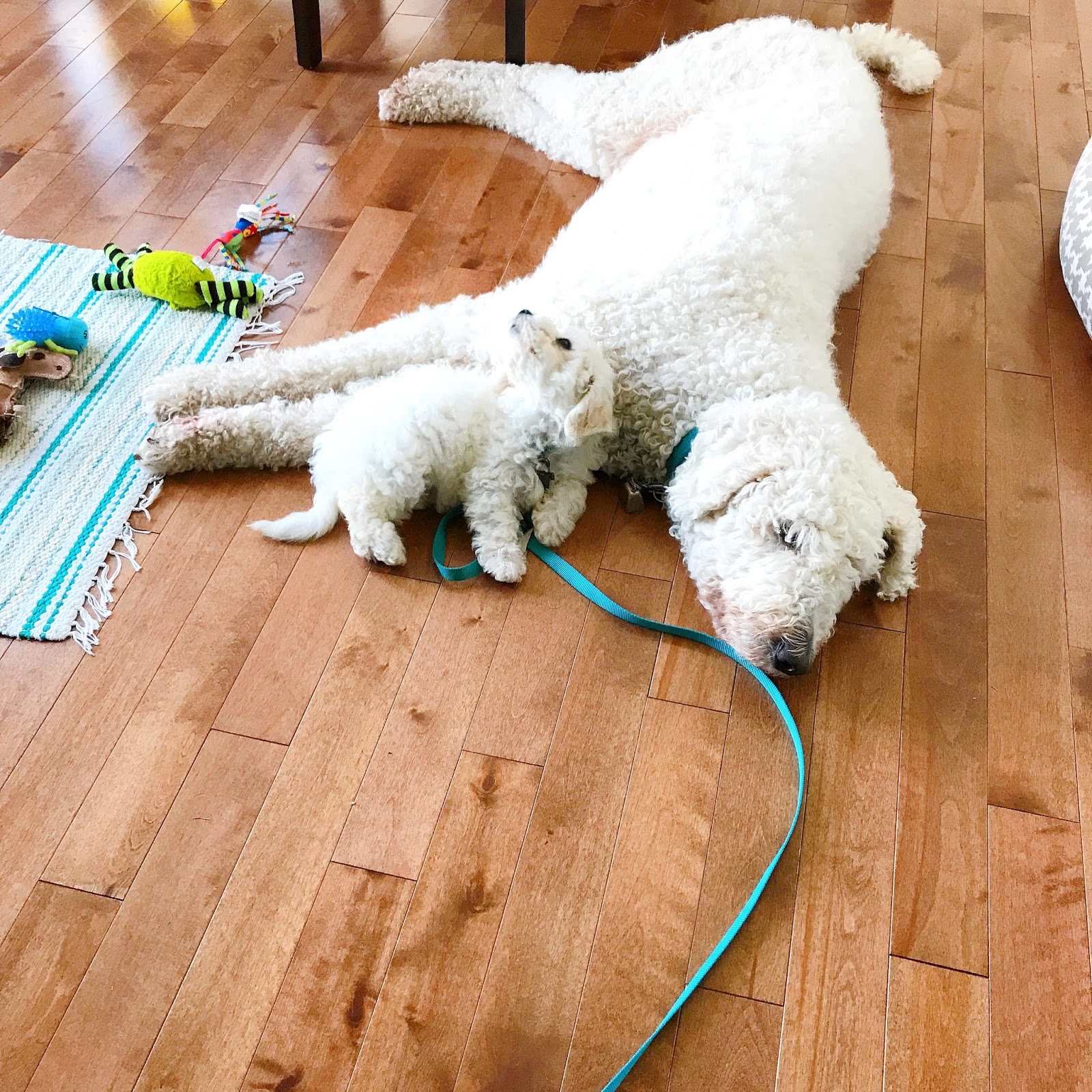 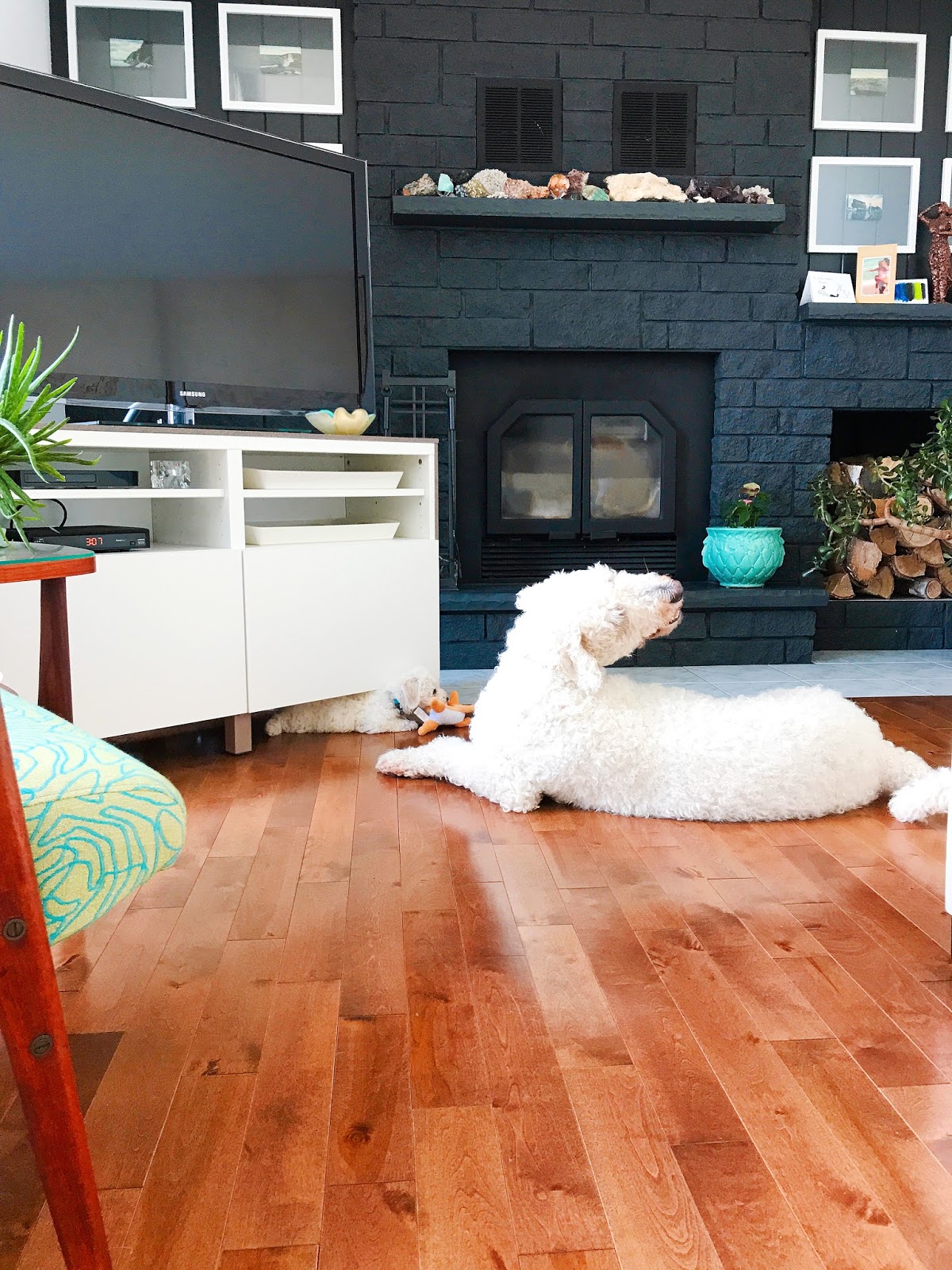 We brought her home at the end of June and things have been a bit bumpy.  Szuka HATED her at first but we tried to let her assert her dominance with this little gal (within reason).  Another reason I got a small puppy – and not a full grown feral Komondor – is because I figured that IF growing our four-legged family is impossible, it would be easier to re-home a smaller dog with friends and family as opposed to another massive beast like Szuka (who weighs in at 104 pounds these days).  In the back of my mind, I really worried about how Szuka would adapt but I really thought a buddy would ease her loneliness.

After only a couple of weeks, the girls seemed to be getting along a bit better.  But they still haven’t really “clicked”.  In between the fighting, they play and chase each other around and they do often lie on the floor together chewing or snacking.  They have cuddled a bit, but it’s always Hynda who instigates and Szuka just tolerates. 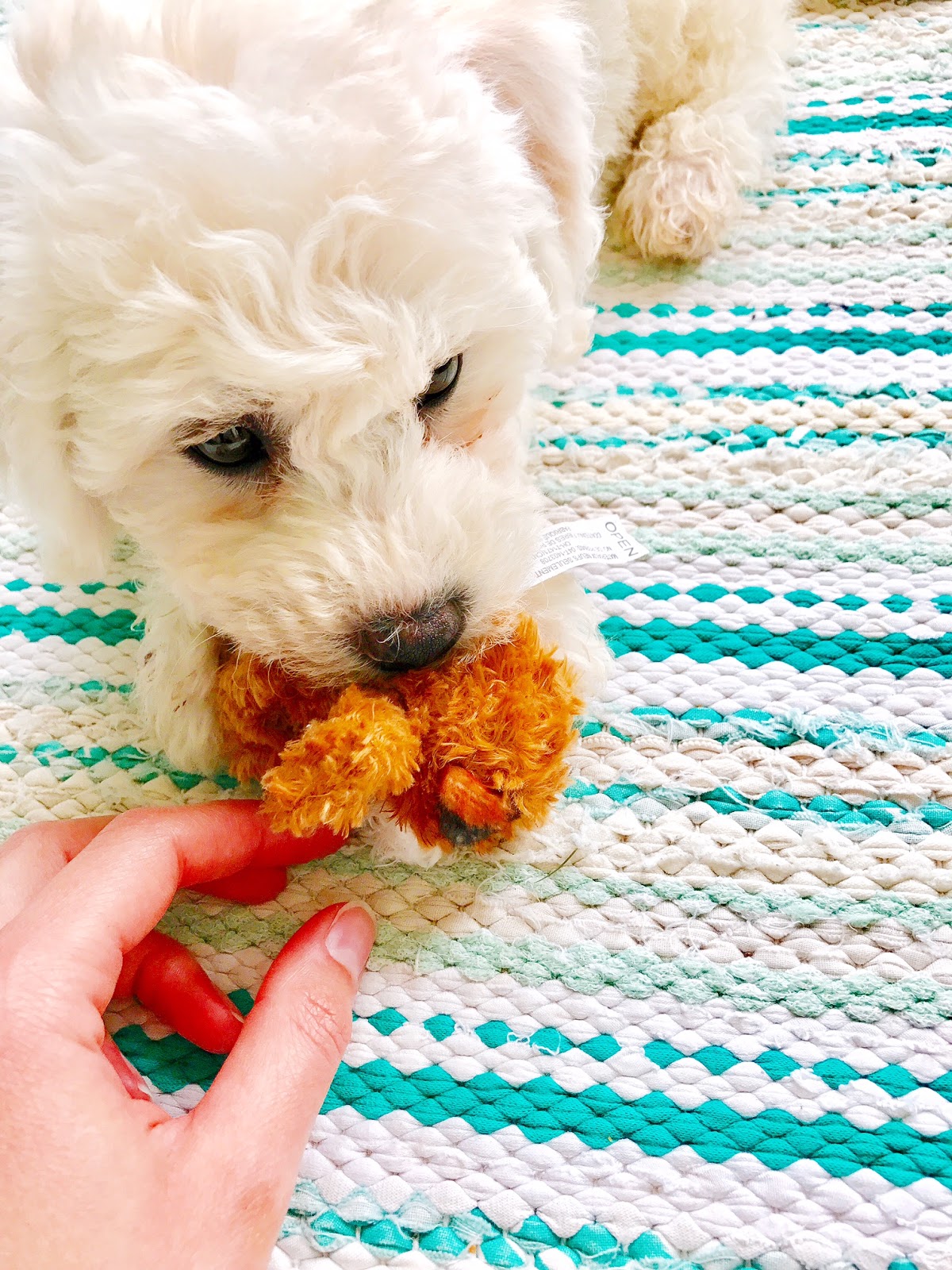 We’ve been doing our part to make the pack whole but sometimes I wonder if Szuka wouldn’t just be happier being alone again… I just wanted to make my working easier on her, but it’s difficult because she’s only ever known a reality when I work from home most days.

But maybe it’s just an adjustment process because Hynda is waaay less chill as a puppy than Szuka was.  Hynda earned the nickname “Tuna Breath Face Biter” for good reason.  She’s been a struggle to crate train and housebreak (good gravy I’m still struggling) and she is teething something fierce.  She’s drawn blood from hands after a particular bad sneak attack and she also lunges for my nose and face leaving little tooth marks if I get too close. Szuka was so calm by comparison and had very few accidents indoors (I can count on one hand the number of inside whoopsies her entire life).  The three of us (Hubs, Szuka and I) are all pretty laid back so maybe this energetic nutty ball of energy will need to mellow out before we gel as a pack.  Although I’m also worried because my Mom has been caring for both pups when I’m working long hours and she’s expressed some concern about not being able to handle both dogs. 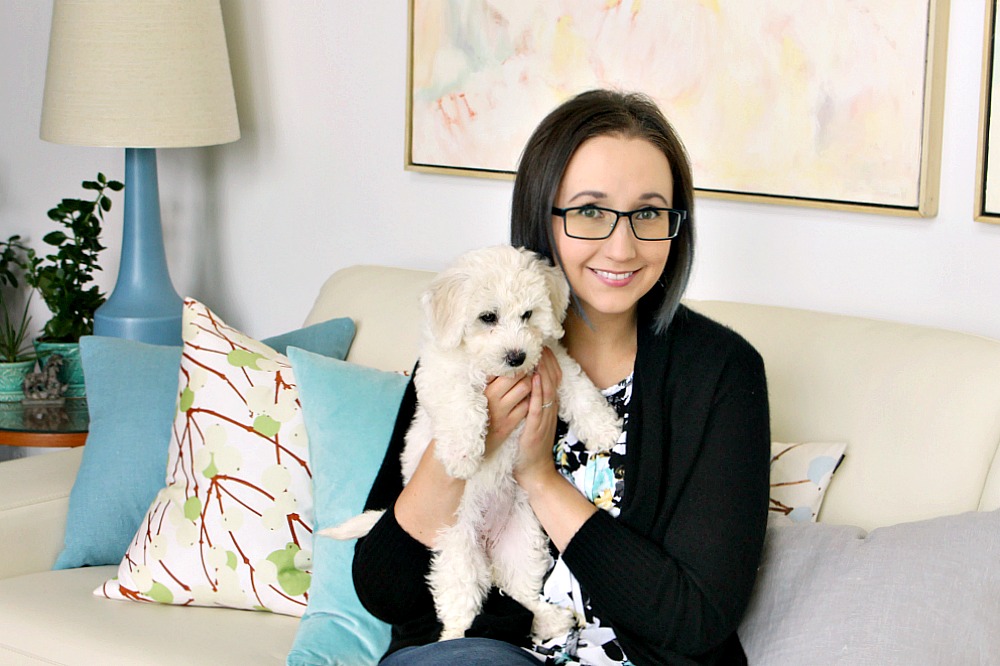 Even though I love this little gal, sometimes I worry that I made a mistake but I’m hoping that over the summer with both Hubs and I taking some holidays, we can get everyone into a good routine.  On the bright size, Hynda is smart and after two days she already learned the command for “come” and she comes running immediately.  Szuka, on the other hand, looks over at me and sighs when I call her name, lol.

I’ve never had a home with two dogs so I’m all ears for any tips, tricks or training references you suggest!  I’ve been reading a ton but I am always happy for more resources.  Soon we’ll enroll Hynda in obedience but I’d like to get her fully vaccinated first. 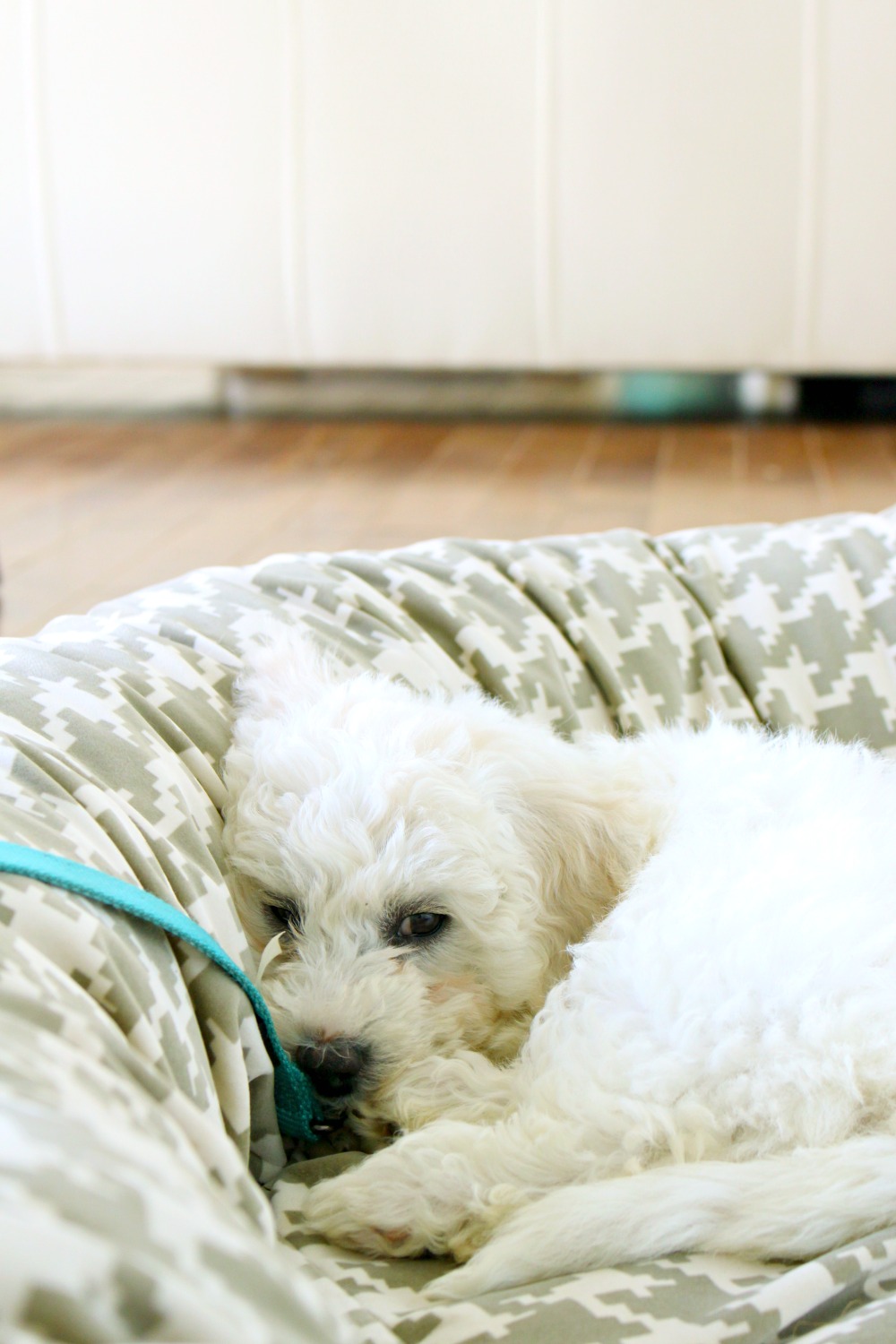 They move in such a blur that I mostly just have cell phone snaps of them but I’m going to try to get some better quality pictures of them before Hynda loses her adorable puppy proportions.  Her waddle bum is the funniest!