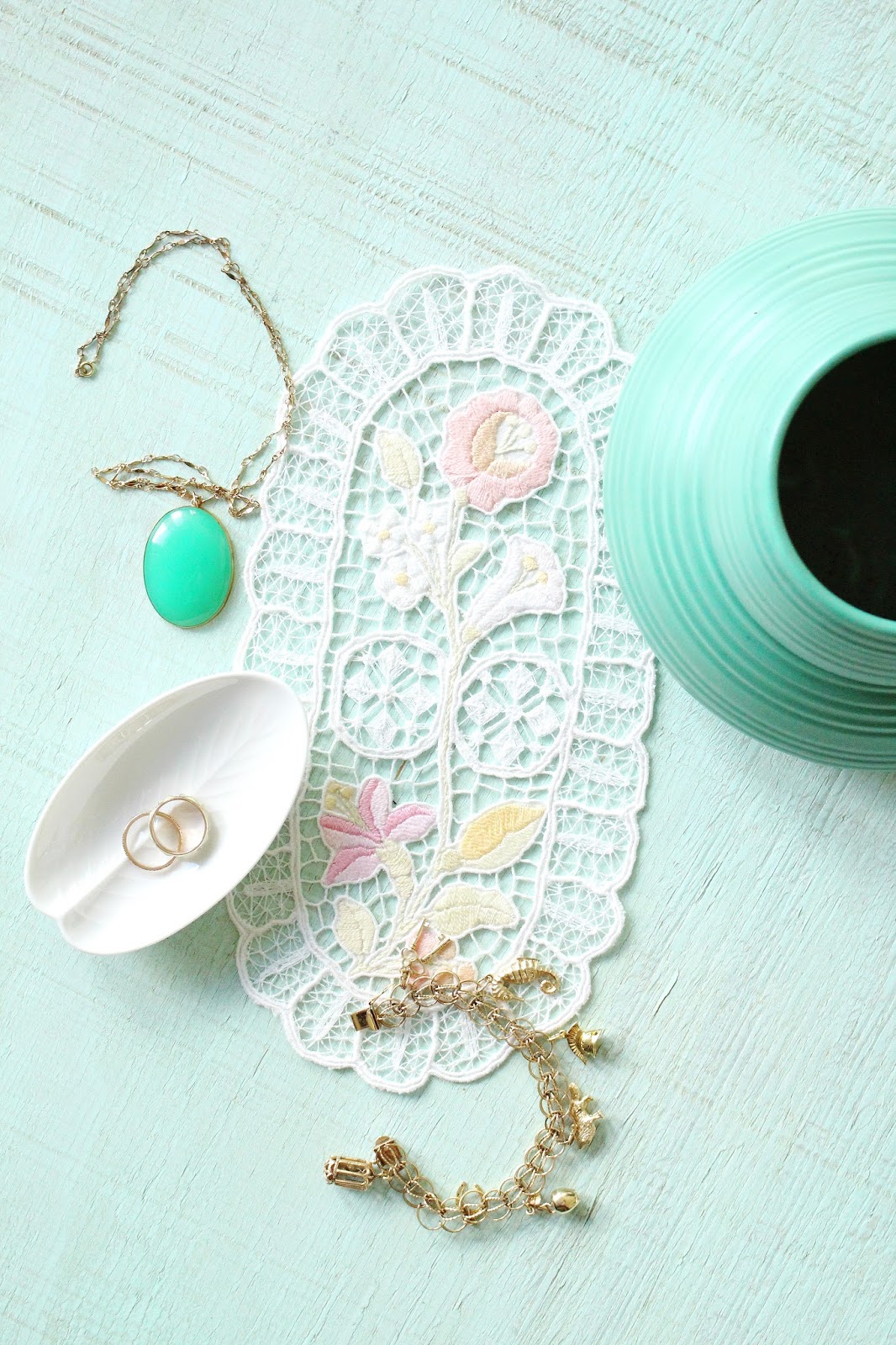 My Mom is downsizing and I’ve been helping her make some difficult decisions.  Among them: what to do with all of the Hungarian embroideries?  I was lucky enough to receive an absolutely GORGEOUS, massive, all white embroidery, handmade by a relative in Hungary, as a wedding present.  I immediately framed it before anyone laid their grubby paws on it, but some of the embroideries in my Mom’s collection aren’t really frame-worthy.  Some are really bright colors that just don’t suit her decor, while others have some stains or damage (because they were used – which is a GOOD thing!).  There are a few she really treasures but the colors are too bold, so I decided to try some experimenting.

Could I bleach and overdye Hungarian embroideries?

This will be an ongoing experiment, but I started with two embroidered pieces that weren’t so special.  Some of the thread in the oval one had run after being laundered and the round one had some tears, so I figured I had nothing to lose.  Here they are “before”: 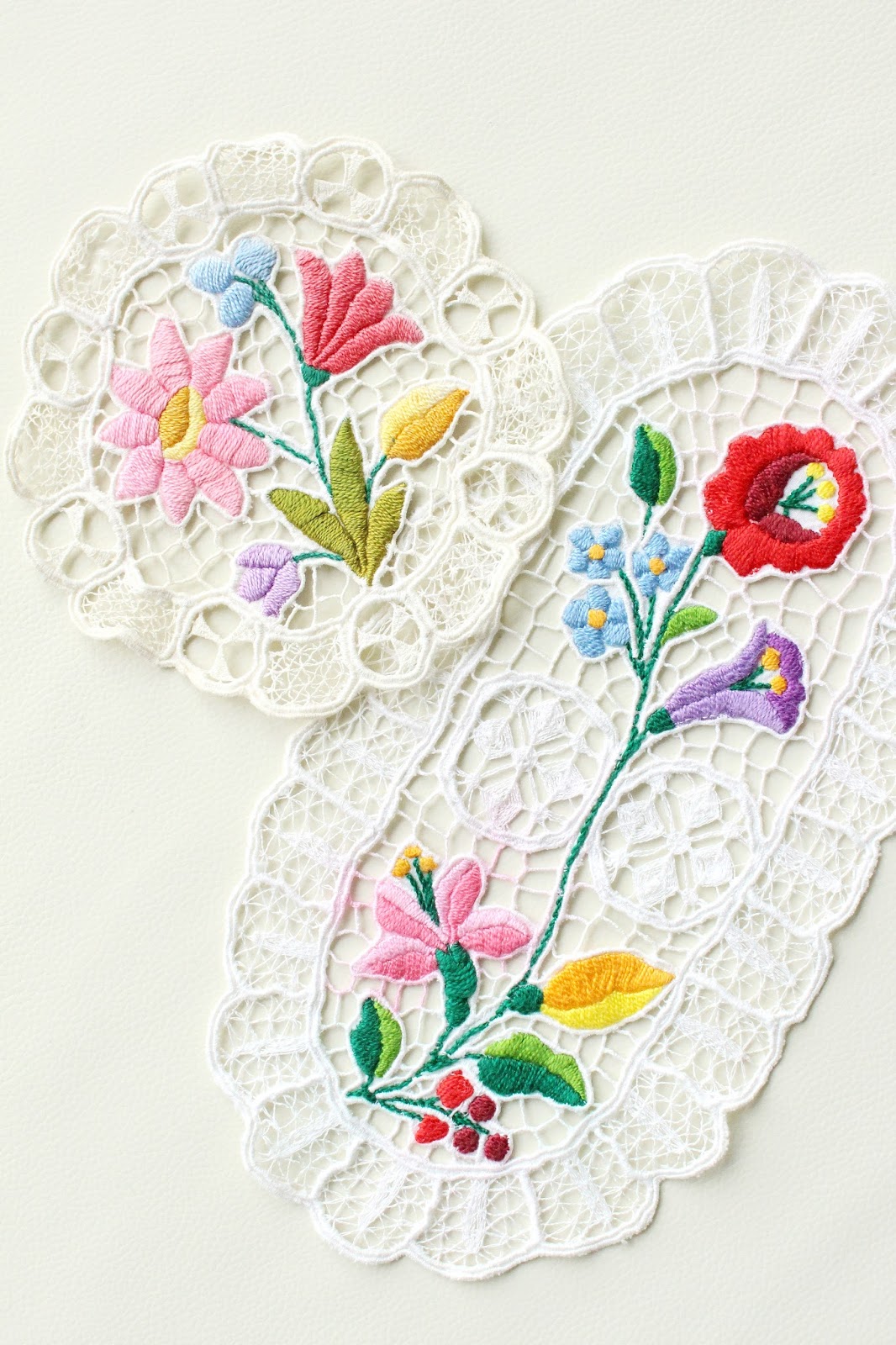 To bleach them, I followed instructions I found online for bleaching fabric: I started with a one part bleach to four parts water concoction but, when the color wouldn’t lift like I wanted, added a little more bleach (wearing rubber gloves and working in a bucket in my laundry room).  I kept checking on them every 10 minutes and eventually let them soak a few hours before removing and neutralizing the bleach with a 50/50 water/hydrogen peroxide mix.  Afterwards, I gently hand washed and line dried them. 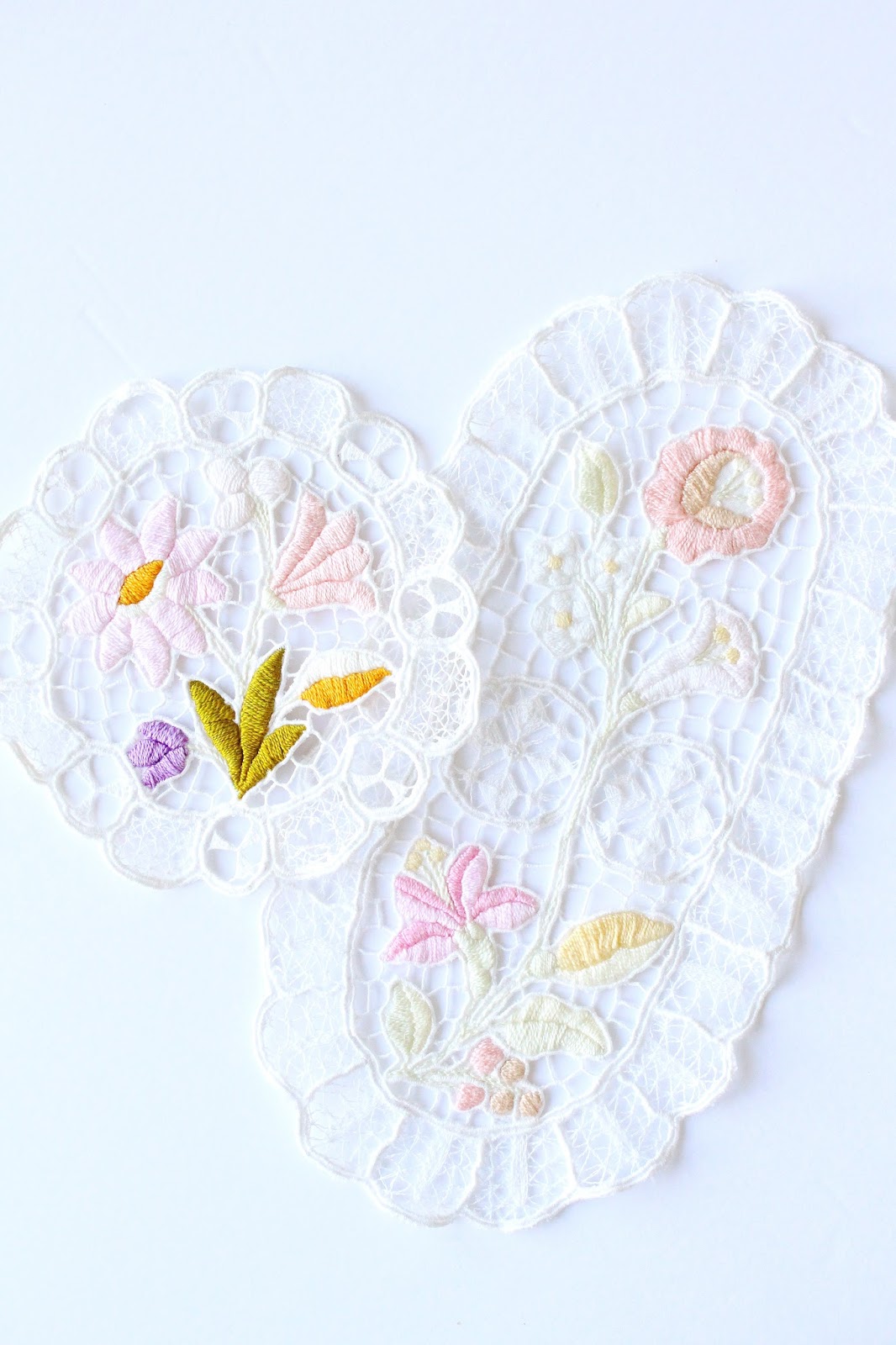 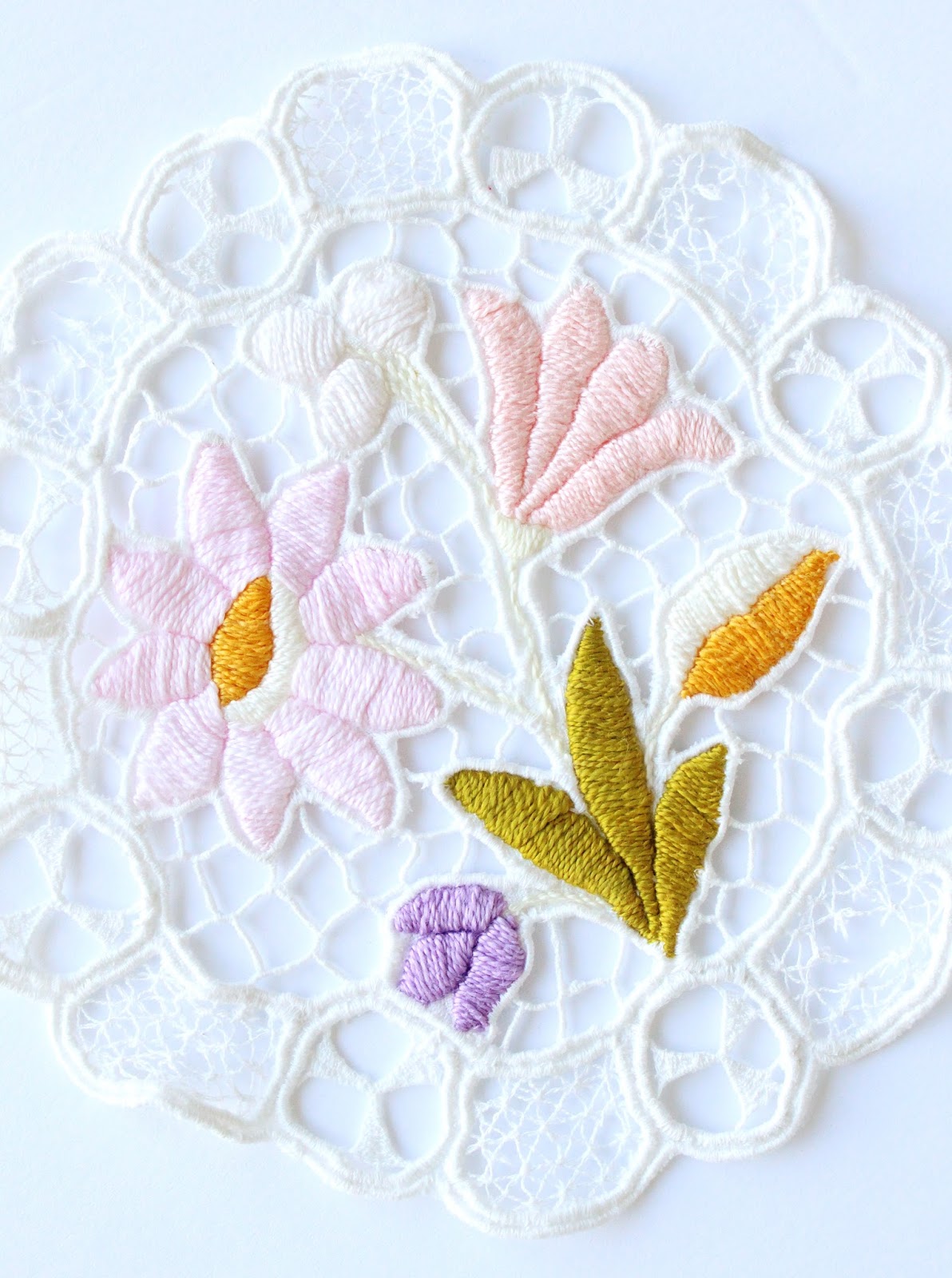 Interestingly, different embroidery threads have different colorfastness.  The long piece bleached so beautifully.  It’s such a pretty color palette of soft muted hues – my Mom barely let me photograph the “after” – she wanted to take it home immediately. 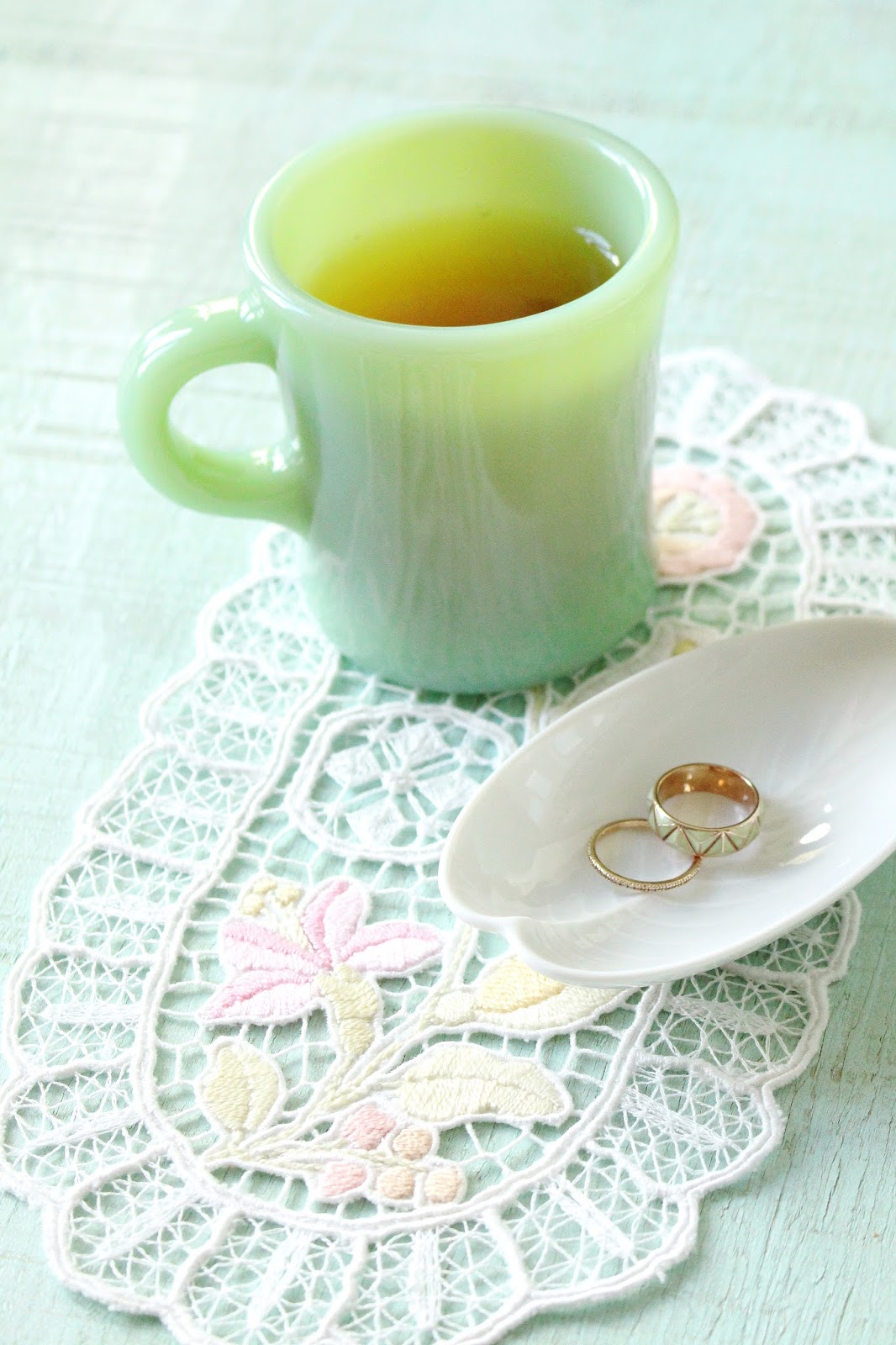 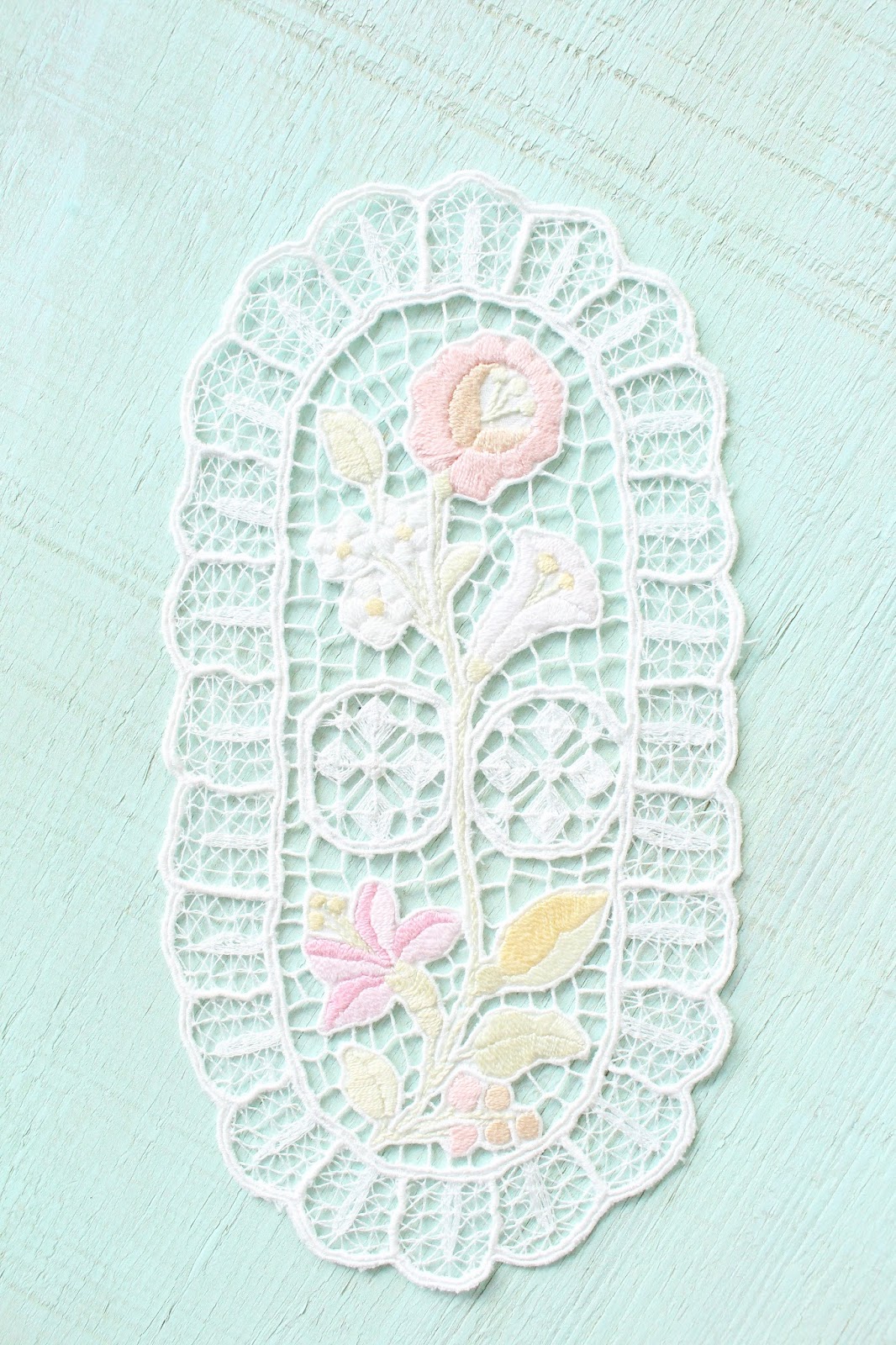 So that one’s a success!

Although we both think it looks so much better, neither of us were smitten with the round one yet, so I decided to overdye it.  I didn’t want to purchase a new powdered dye until I had a better idea of how the threads would take the color, so I just used the same Blueberry Procion dye I used for my DIY ice dyed pillows.  I let the embroidery soak in the soda ash fixative required for this brand of dye and then wrung it out before letting it soak overnight in a concentrated dye solution.  The next morning, I rinsed until the water ran clear and hand laundered.

The result is a very deep, inky embroidery but you can still faintly see some variation where the deeper colors stuck around.  I like the overdyed look – this inky blue looks dramatic!  But I think I want to experiment with some different colors. 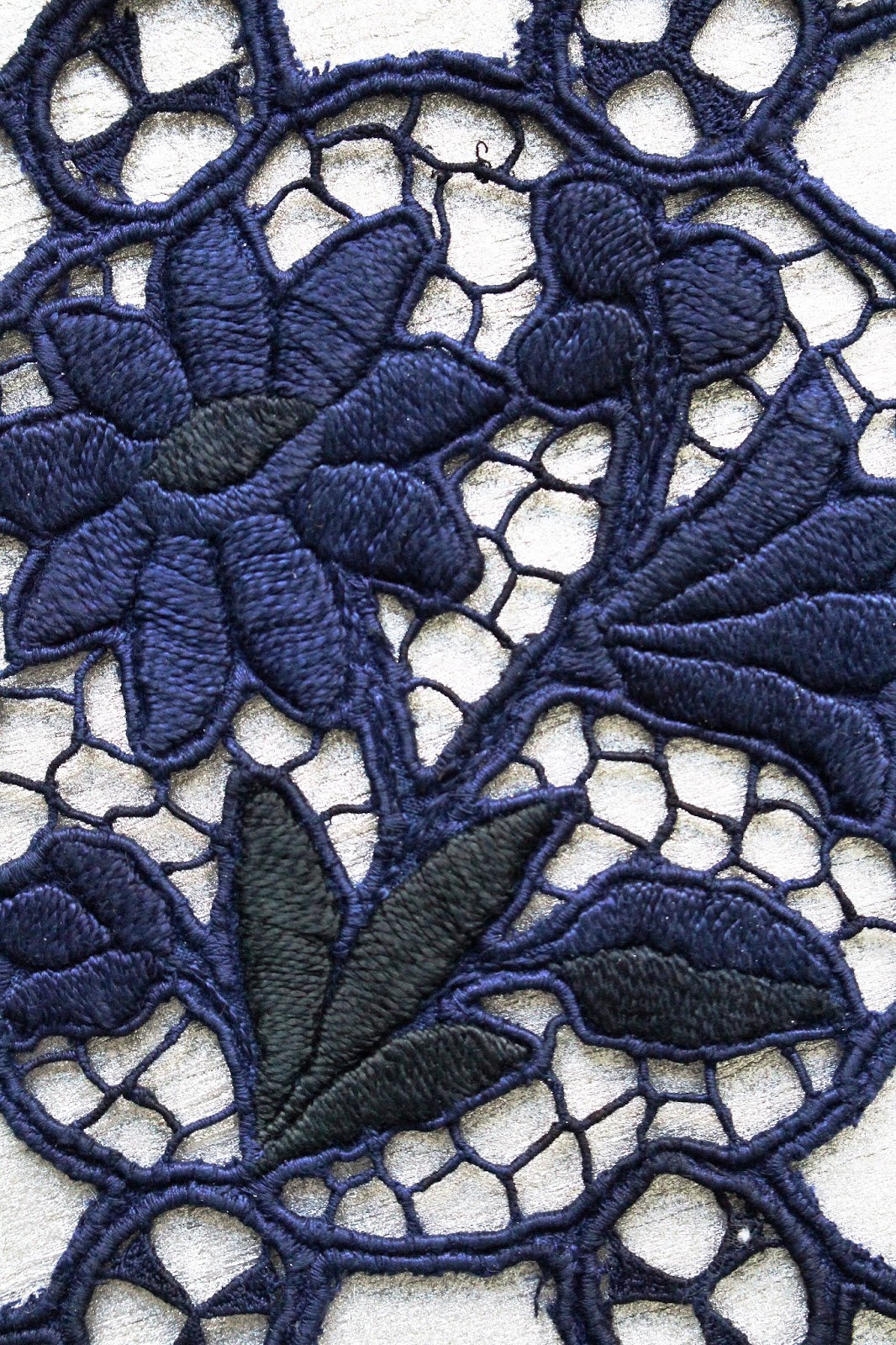 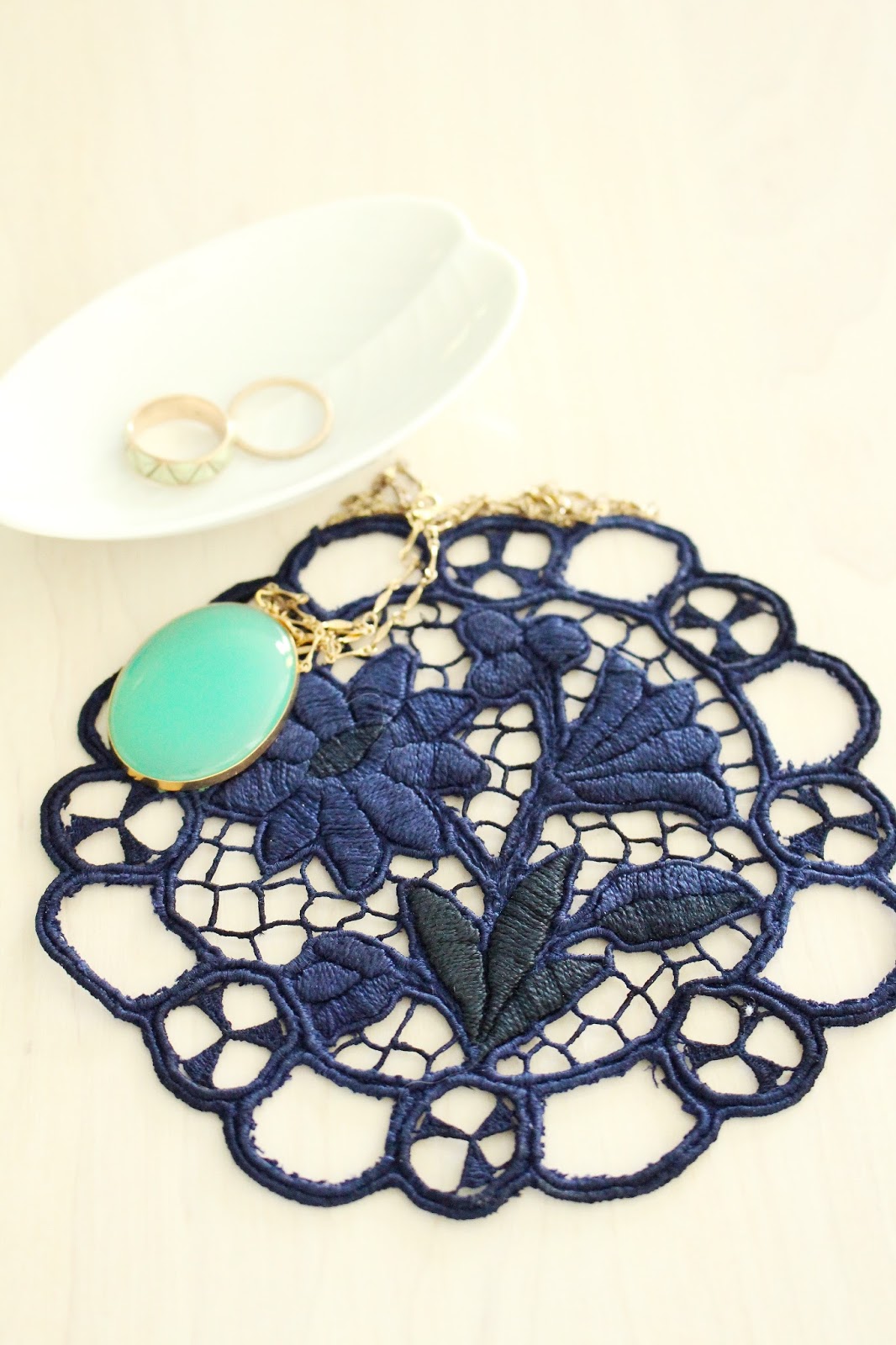 In one part of the design, the pattern had torn from use and wear, so I tried trimming it out with manicure scissors but it took forever, so I really need to sit down on a cold, rainy day and tidy that up some more.  For now I’m going to pretend the ragged look is intentional because, combined with the deep hue, it’s got a Halloween-y sort of vibe.

Currently the house reeks like bleach because I’m still experimenting but, a word of caution: I tried to bleach a very worn, very long table runner and was so excited, envisioning a pretty pastel version but the color wouldn’t lift from the red (my least favorite color in the world).  So I let it soak overnight and, when I was convinced it wouldn’t lift anymore, removed it from the bleach – only to have it disintegrate in my hands!

I got over confident.  I should have done the 10 minute intervals.  I knew bleach can eat away fabric but I was just so stubborn.  I hate red.  So, lesson learned: keep an eye on the bleach bath!

I just wanted to share this little experiment on how to bleach and overdye embroidery with you.

P.S. If you’re curious, you can read more about Hungarian embroidery in this post.