Shhhh. This is an unpopular opinion: I don’t love fall. 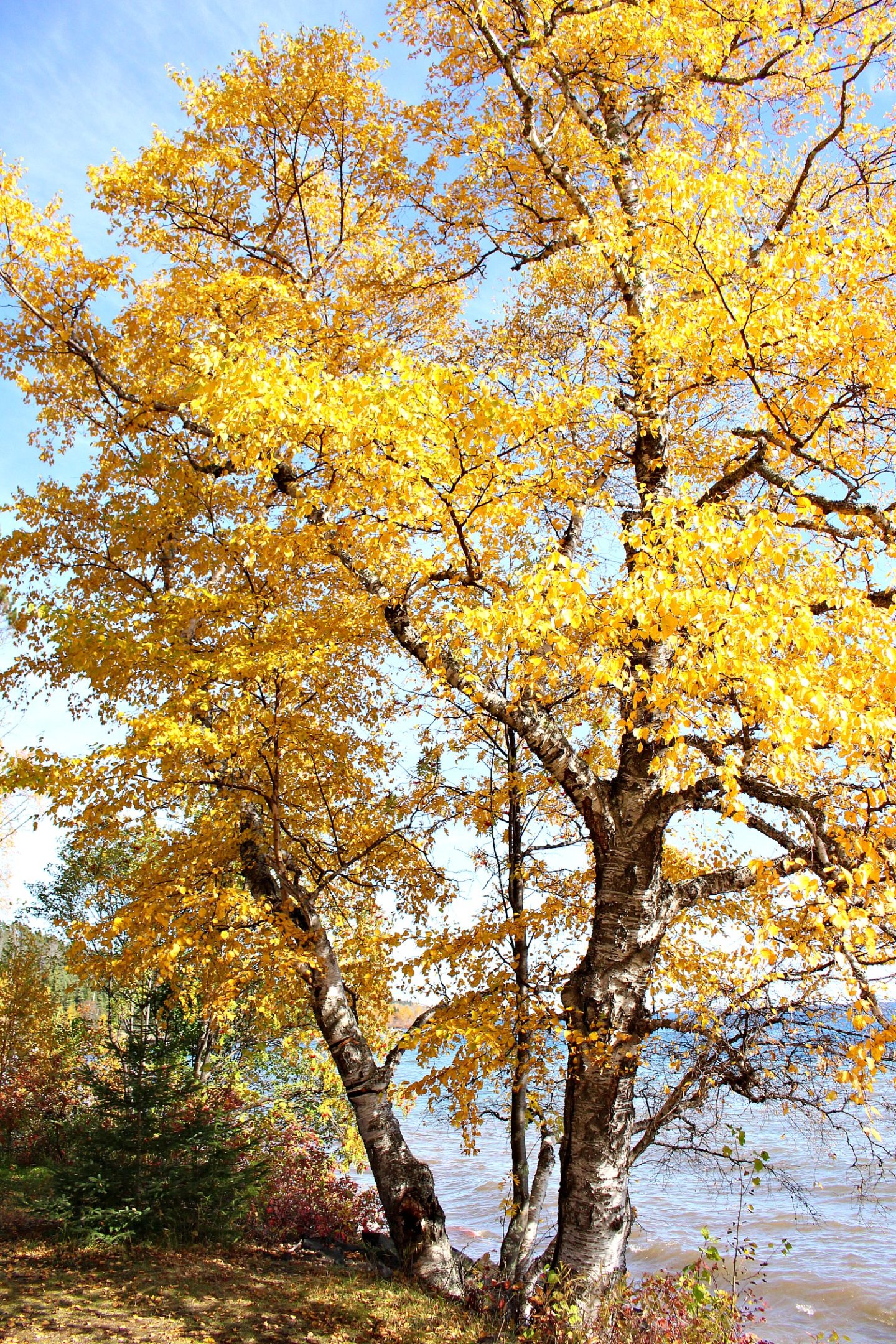 But everyone I know raves about the magic of the season and all of the special autumnal memories they’re making.  Most of my fall memories include complaining that it’s fall, scrambling to get the house ready for winter, and then complaining that fall ended so quickly.  Even though we know it’s coming, we’re never prepared for fall or winter!  One year our well suddenly ran dry in the fall so, comparatively, this year isn’t that bad!  We still have to get the chimney cleaned, get a land survey done, repair the generator, install a cistern for water, get the well capped, get the broken window replaced… the list goes on.  Because we know we’ll run out of time before the snow flies, we have already started jettisoning things from the list like it’s a sinking ship (hope I don’t regret not getting the septic tank pumped lol).  It’s too cold to work in the unheated garage in the winter, so we’re also trying to work on any indoor projects that require the table saw or bigger tools.  Last winter our table saw protested and just didn’t want work in the cold (I feel ya, table saw, I feel ya).  I know I’m being dramatic about The List, but it’s partly why I don’t have warm and fuzzy feelings or happy autumnal feelings; mostly I’m filled with dread and panic once those long summer days come to an end.  Plus I just miss the warmth – and all of that sunshine.  And all of the pumpkin spice lattes (gross) in the world don’t help. 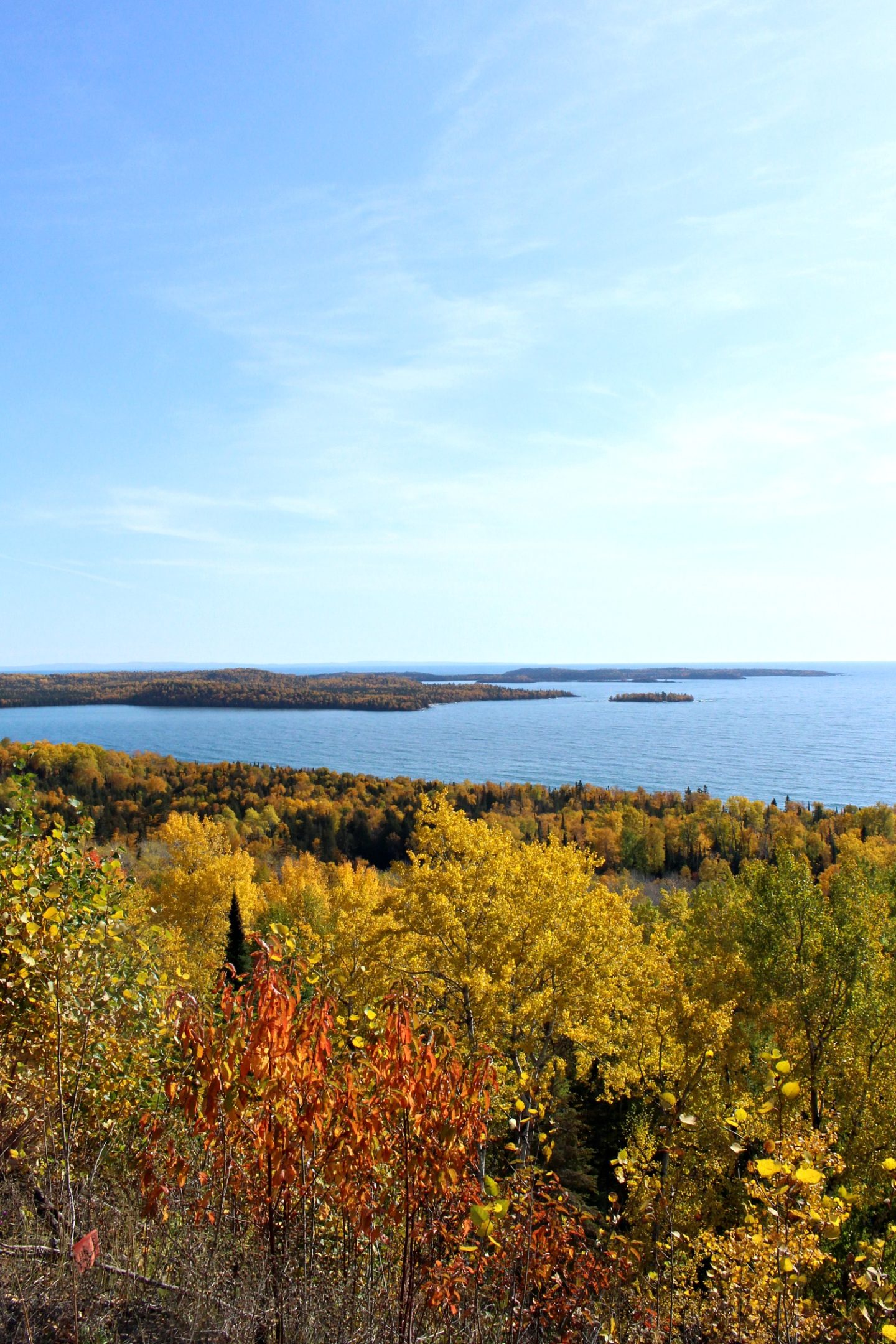 But feeling miserable about fall didn’t stop the seasons from changing.  No matter how much I protested, summer never came back.  Complaining didn’t seem to make the fall chores get done any more quickly either.  Bummer.  So I decided to try something different.  I decided to try and enjoy fall.  Really try this year. 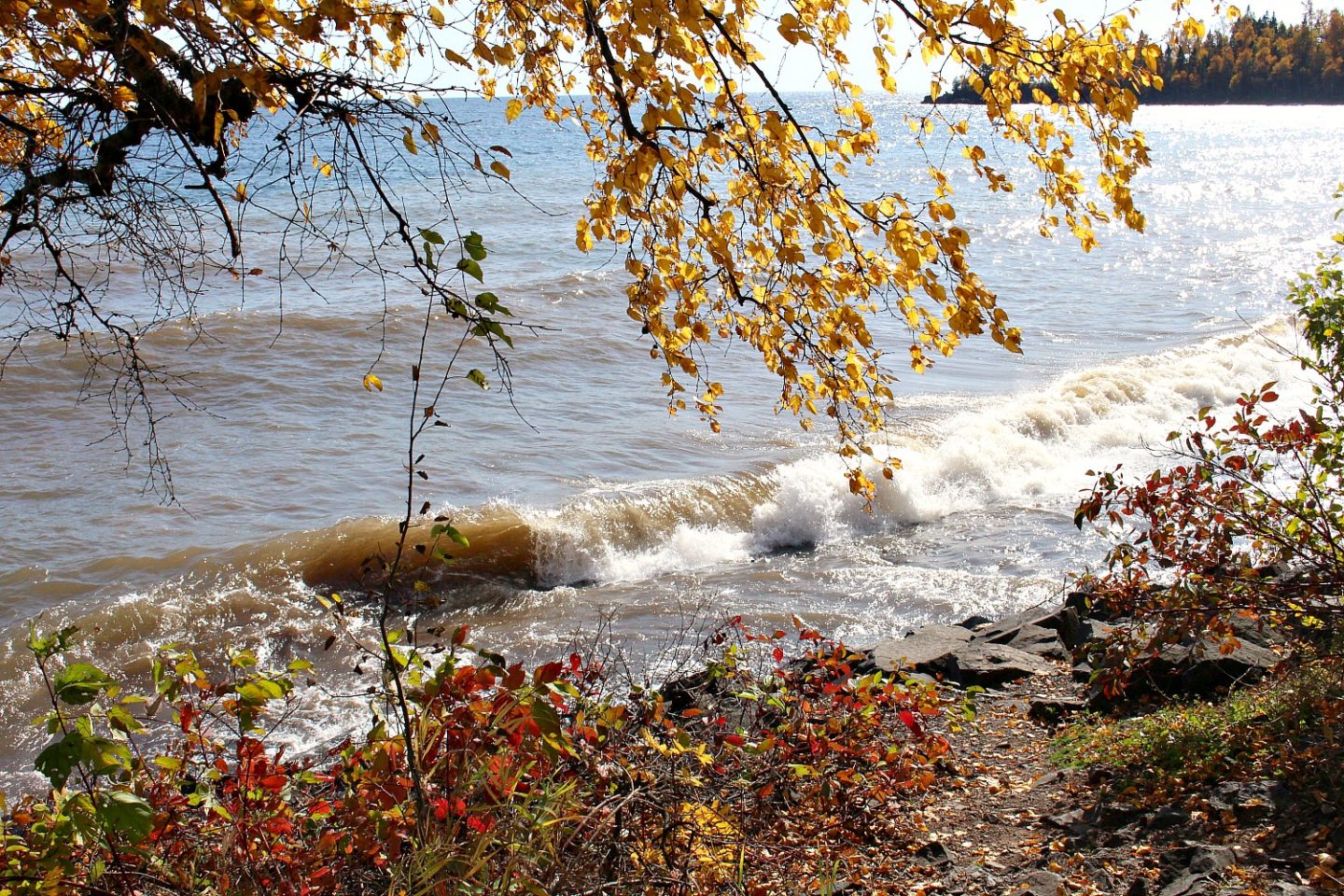 First, I treated myself to ankle boots, a departure from my normal fall footwear: summer flats and sandals which I wear until I start to get foot cramps from the cold.  Then I stay home for a few weeks until it’s cold enough to wear my knee high, wool-lined winter boots.  It was an imperfect system, I’ll admit.  Ankle boots have actually helped me like fall more because my toes no longer go numb from cold.  That was a good start.

Next, we planned a fall drive along the North Shore in the Camaro.  I’ve actually wanted to do this for years.  It was a beautiful, sunny day and we had no plan on where we’d go.  I didn’t even pack a lunch – we just got up one morning and hopped in the car. 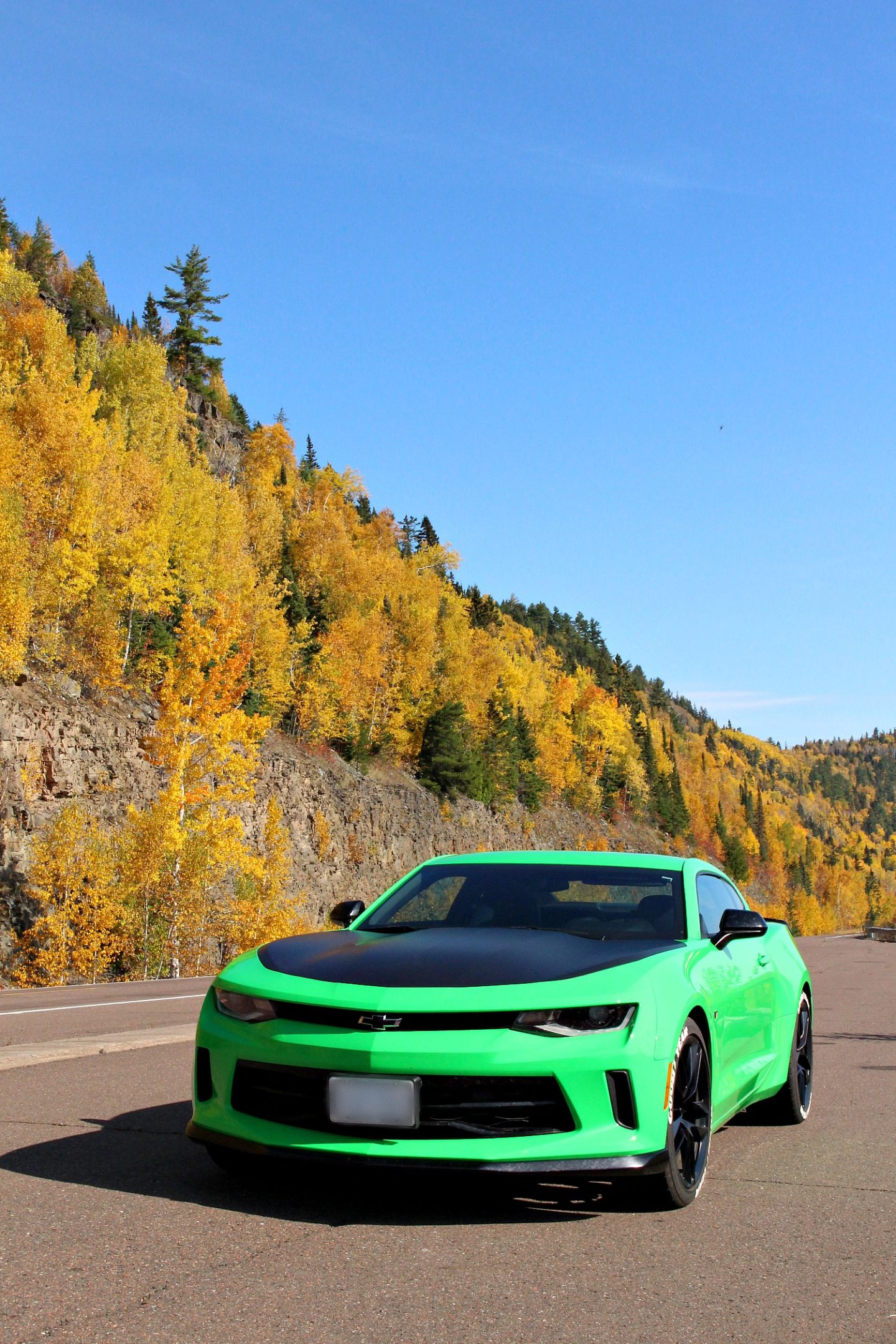 Why am I wearing rubber boots after waxing on about my new ankle boots?  We stopped along every beach and I sloshed around.  The beaches were gorgeous this time of year because they weren’t so people-y as the summer and the shore was lined with golden trees. 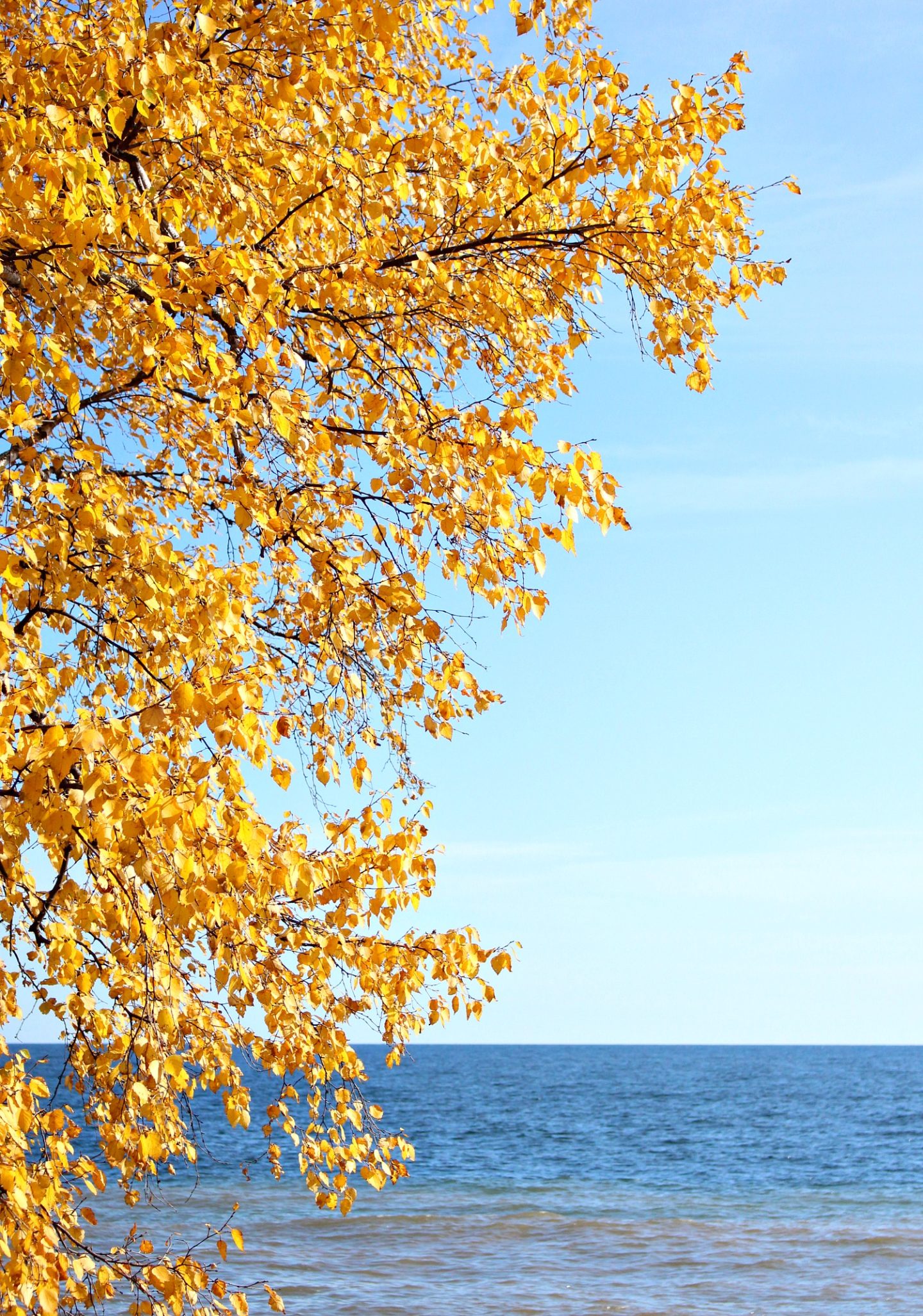 What is a fall drive without stopping at beaches and trying to convince Hubby to shove a huge, wet chunk of driftwood into the trunk of the Camaro? (I was unsuccessful).  It was beautiful because we had managed to catch peak fall: all of the leaves had changed and it was just a day or two before the first snowfall (it melted – luckily!) so if we’d waited, we would have missed it.  We ate lunch on the beach.  We bought a loaf of bread from a local bakery.  We stopped at a flea market.  I took a sip of pumpkin spice latte (gross). 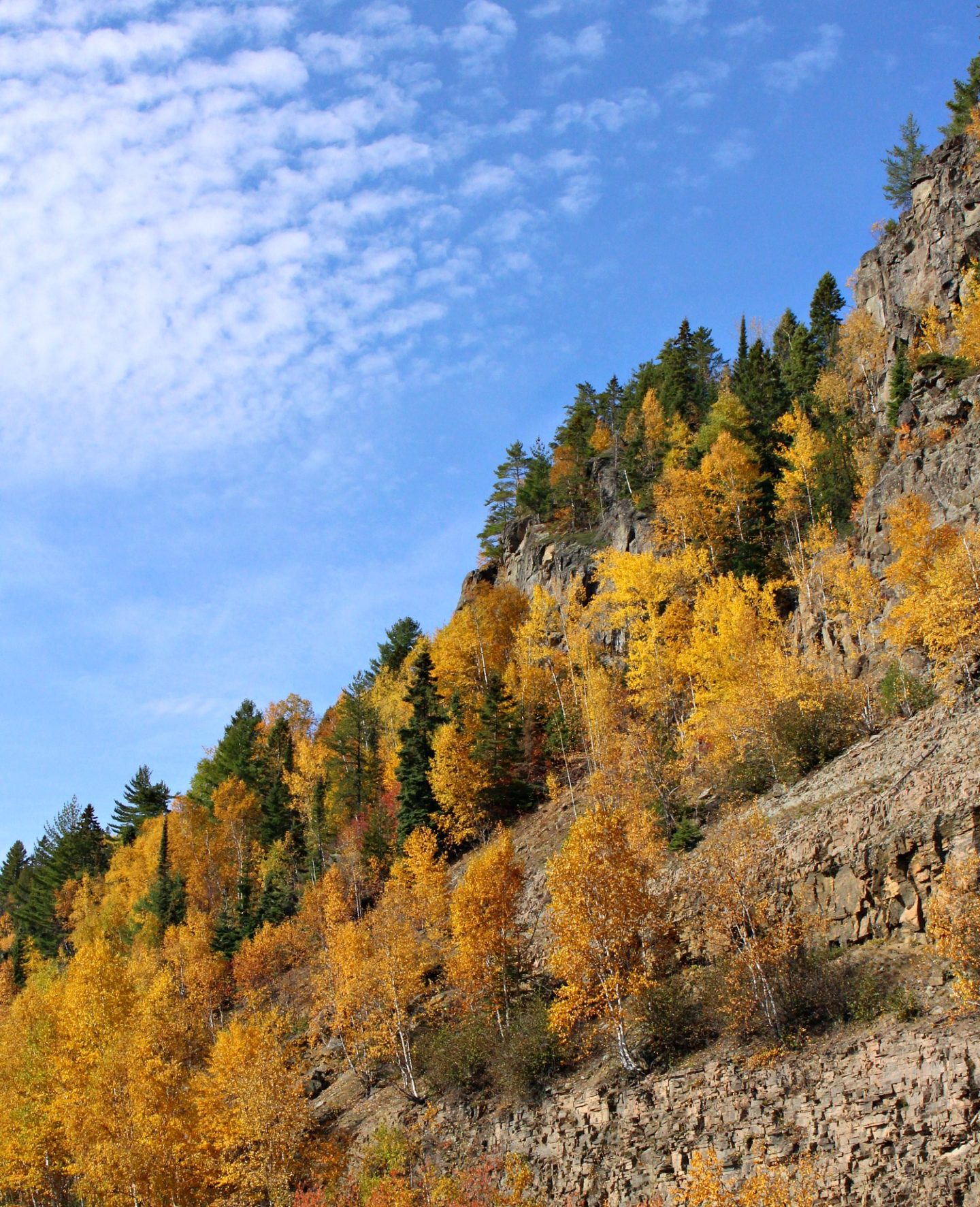 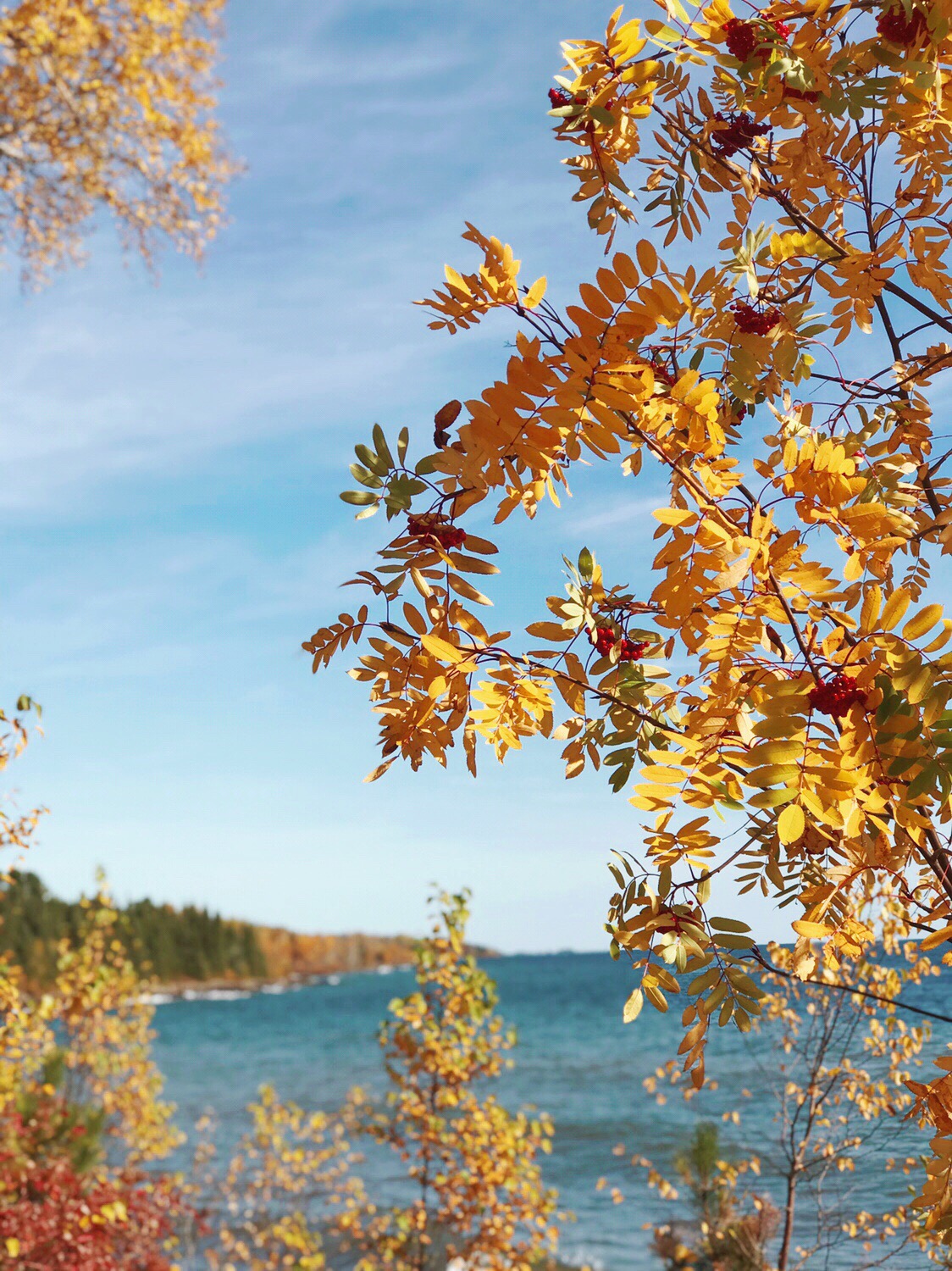 Don’t laugh, but I actual felt the magical contentedness of fall after our drive.  It was so much fun!  The entire day was so peaceful and the views were breathtaking – and did I mention so few tourists?  I’m learning that fewer people is a really nice perk of the season.  When we came home, I felt warm and fuzzy.  We had made autumnal memories!  Still feeling festive later that week, I decided I wanted a pumpkin.  A blue pumpkin.  One of those blue heirloom pumpkins Martha Stewart likes.  So I pestered the local farms and got a lead on a farm with blue pumpkins. 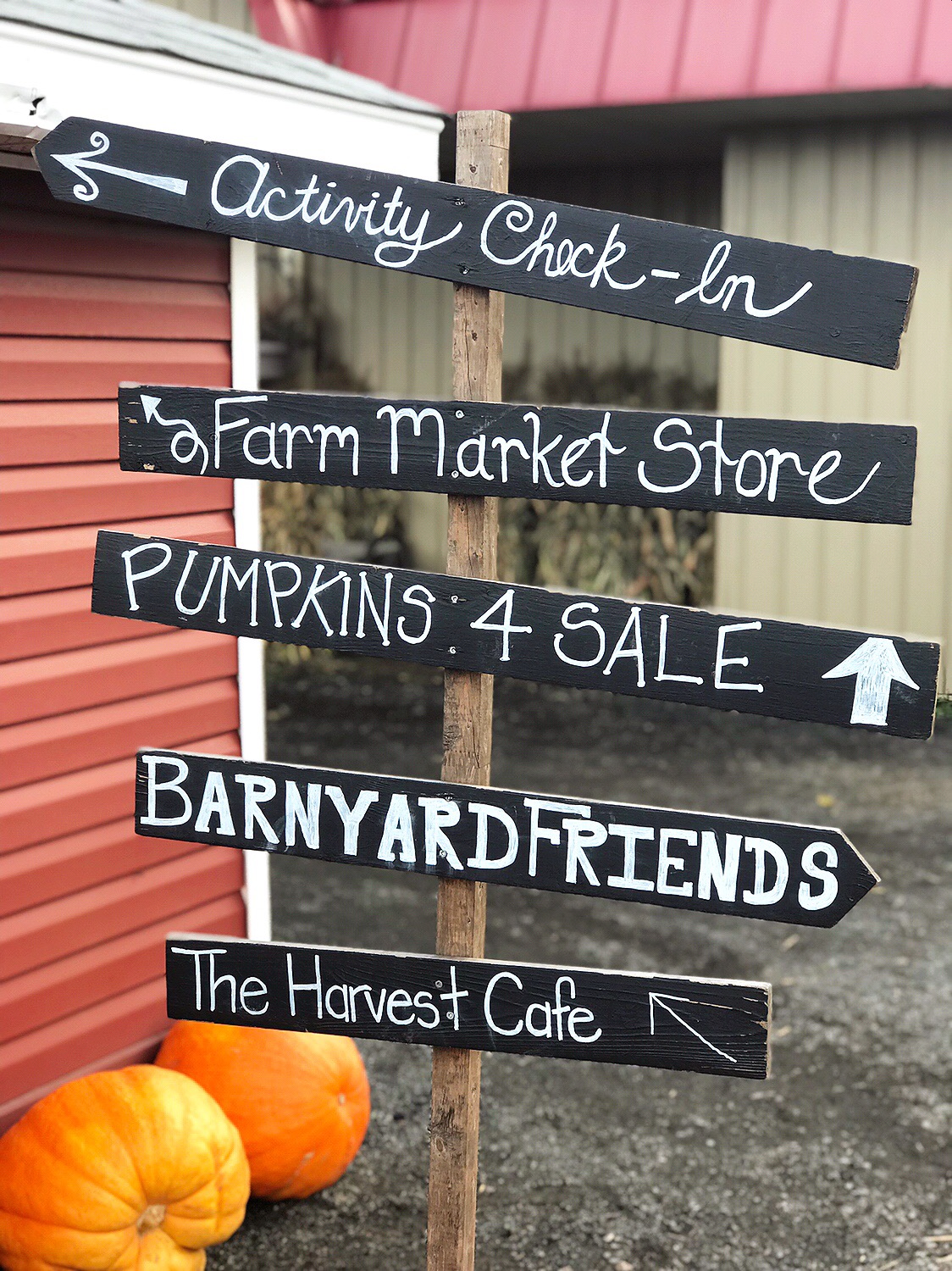 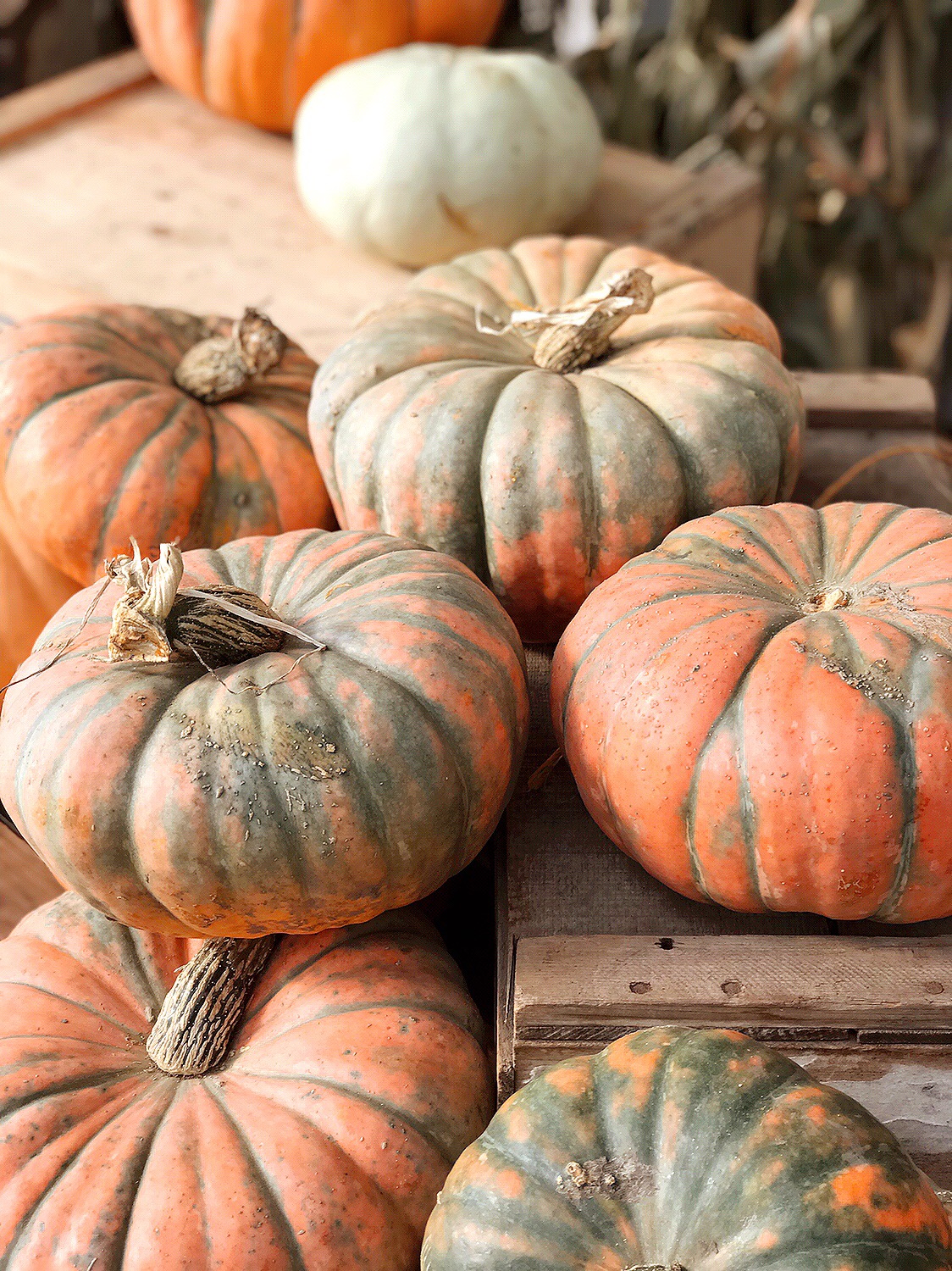 We made the drive but, alas, no blue pumpkins.  They hadn’t ripened properly this year.  I didn’t want to leave without supporting this local farm so I bought a bale of straw for the chicken coop and a blue squash!  Close enough, right 😉  Now I need a good squash recipe because normally I just slice these babies in half and chuck them in the oven.  But this fall I’m craving something more festive! 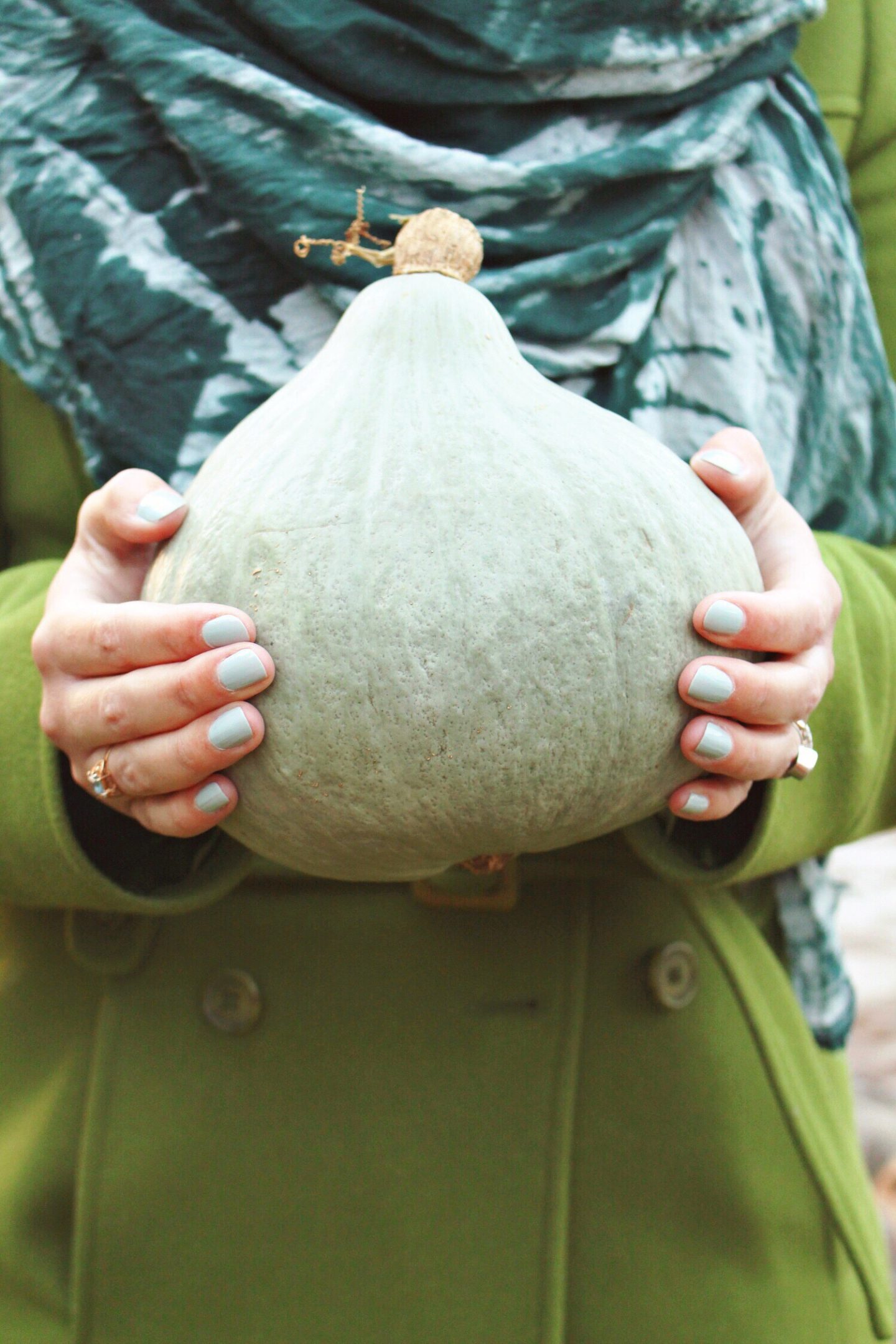 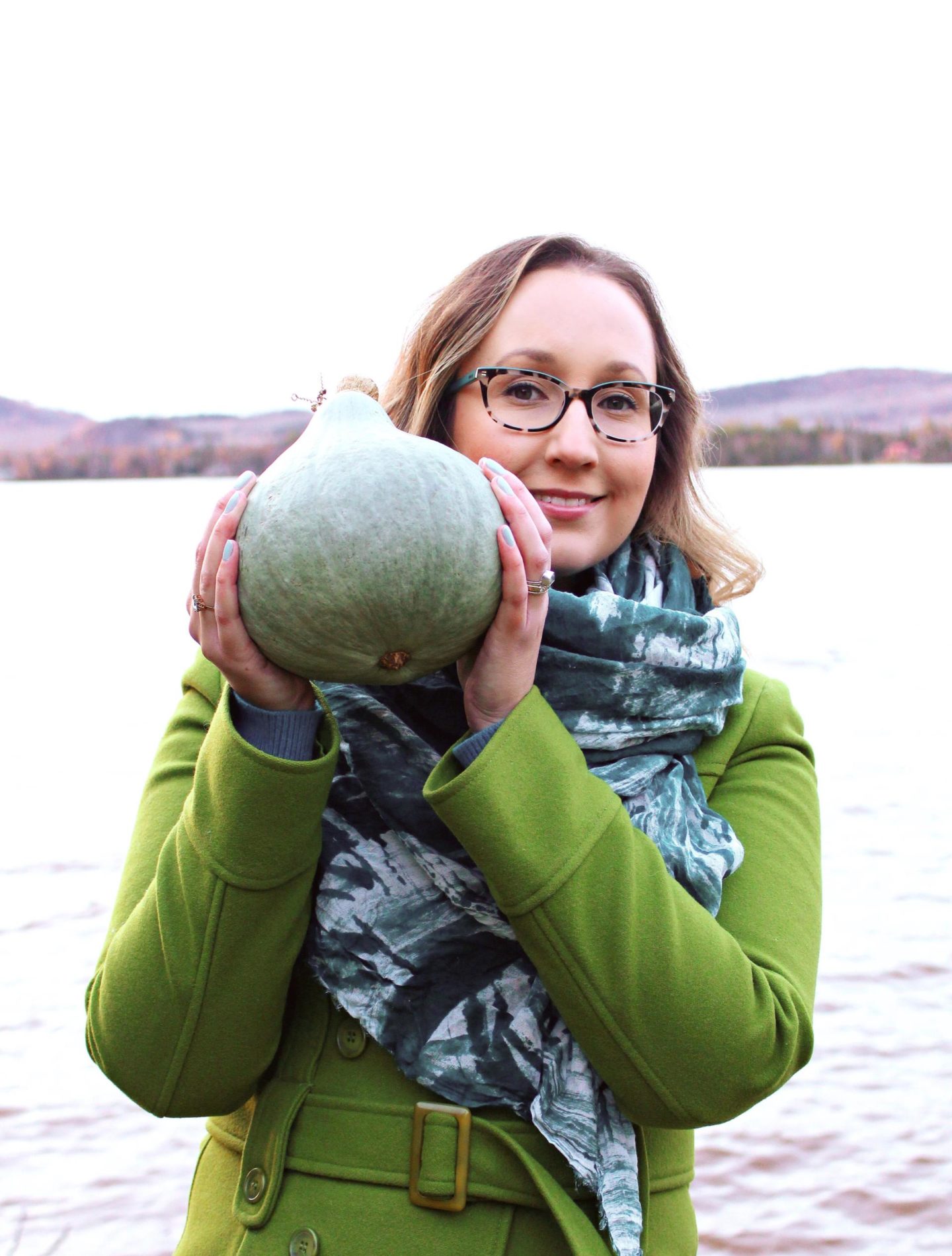 Lovely blue squash aside, it was worth the drive to the farm because I spotted a Naked Neck Chicken – we saw these at the feed store when we bought our silkies and even as chicks these poor things are ugly.  At the time I wondered what they’d look like as adult chickens.  Mystery solved: still ugly. 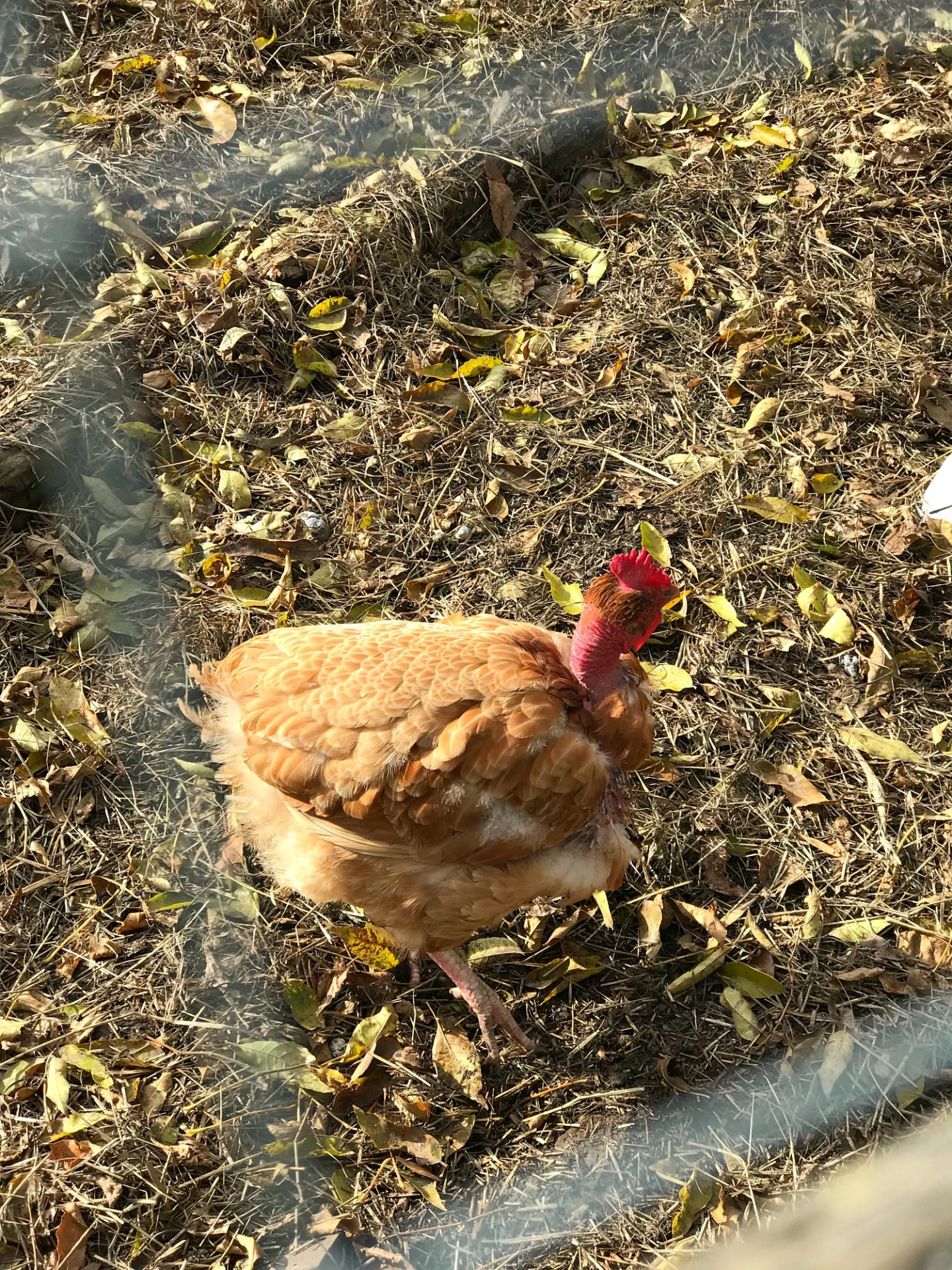 After the farm, we decided to go for another fall drive – this time closer to our house.  We looked at some other properties for sale on the lake and slowly meandered our way home.  We decided that next year we’ll make our fall drive an overnight trip somewhere.  When we came home with our straw bale, I started to wish that I had decorated the coop for fall because it would have looked so cute with bales of hay and dried corn stalks by the door – although pumpkins on display, just out of reach, would have been such a tease because the chooks love them.  So then I started to think about growing my own blue pumpkins for fall.  And all of a sudden I found myself looking forward to next fall. 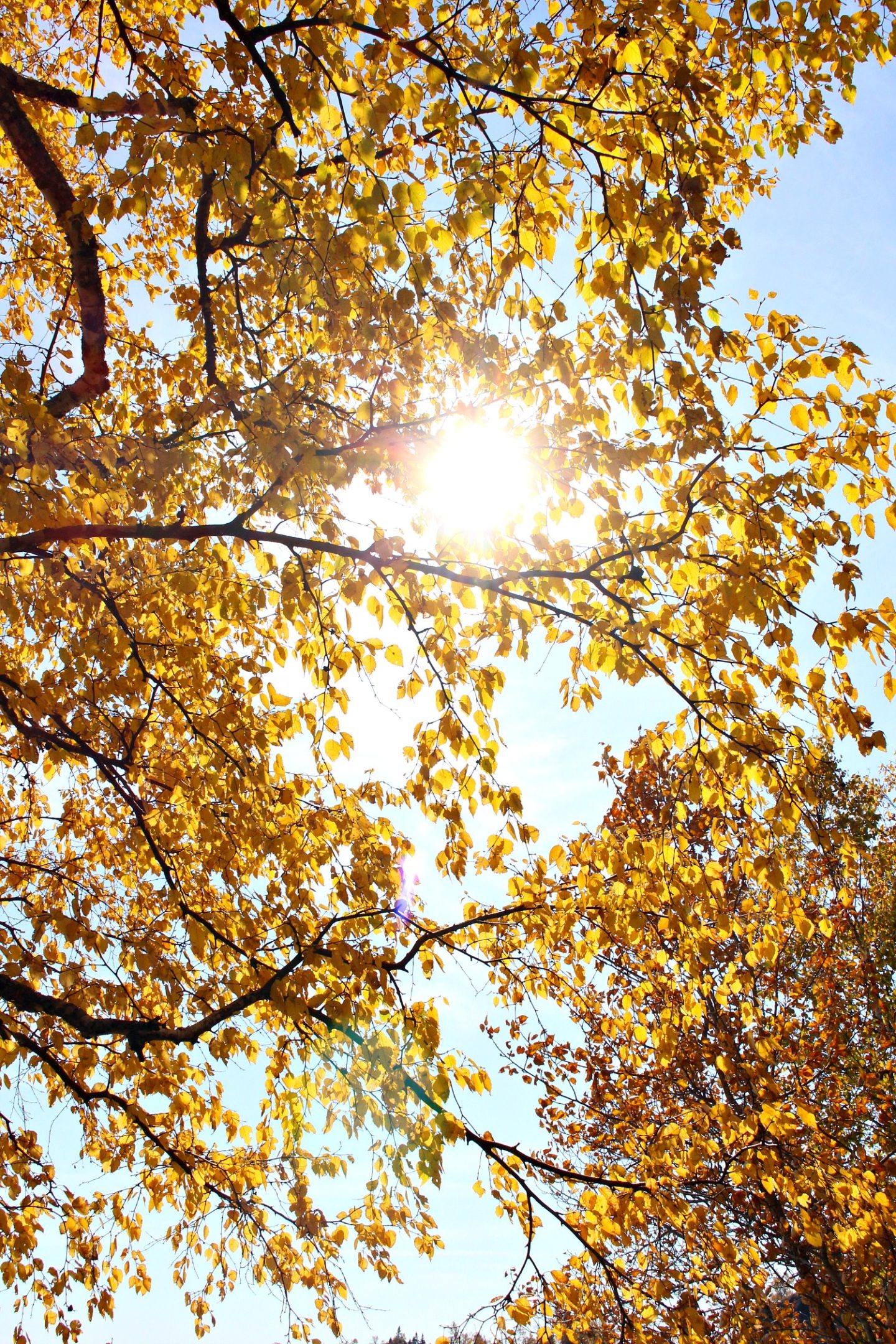