Hens start to lay around 16-18 weeks, though some breeds don’t start until they’re 6-8 months of age.  Ours were a June hatch, so it was about that time, but many chicken people told me I might not get eggs until spring.  People said that if I hadn’t gotten eggs yet, don’t hold my breath because winter was upon us.  Hens tend to slow down egg production in the winter, partly because more energy is directing to staying warm, but primarily because of the shorter days.  A hen’s body relies on light cues to release a yolk from her ovaries so when there is less light, like during short winter days, that natural process doesn’t happen as well.  It’s actually an interesting process (you can read more about it here)!  You can “force” them to lay more throughout the winter by adding light, but that can muck around with their molting – and I do NOT want them to molt in the bitter cold.  Plus it’s hard on their reproductive systems.  I wasn’t willing to do anything unnatural to coax them to lay so we figured we’d wait until spring! 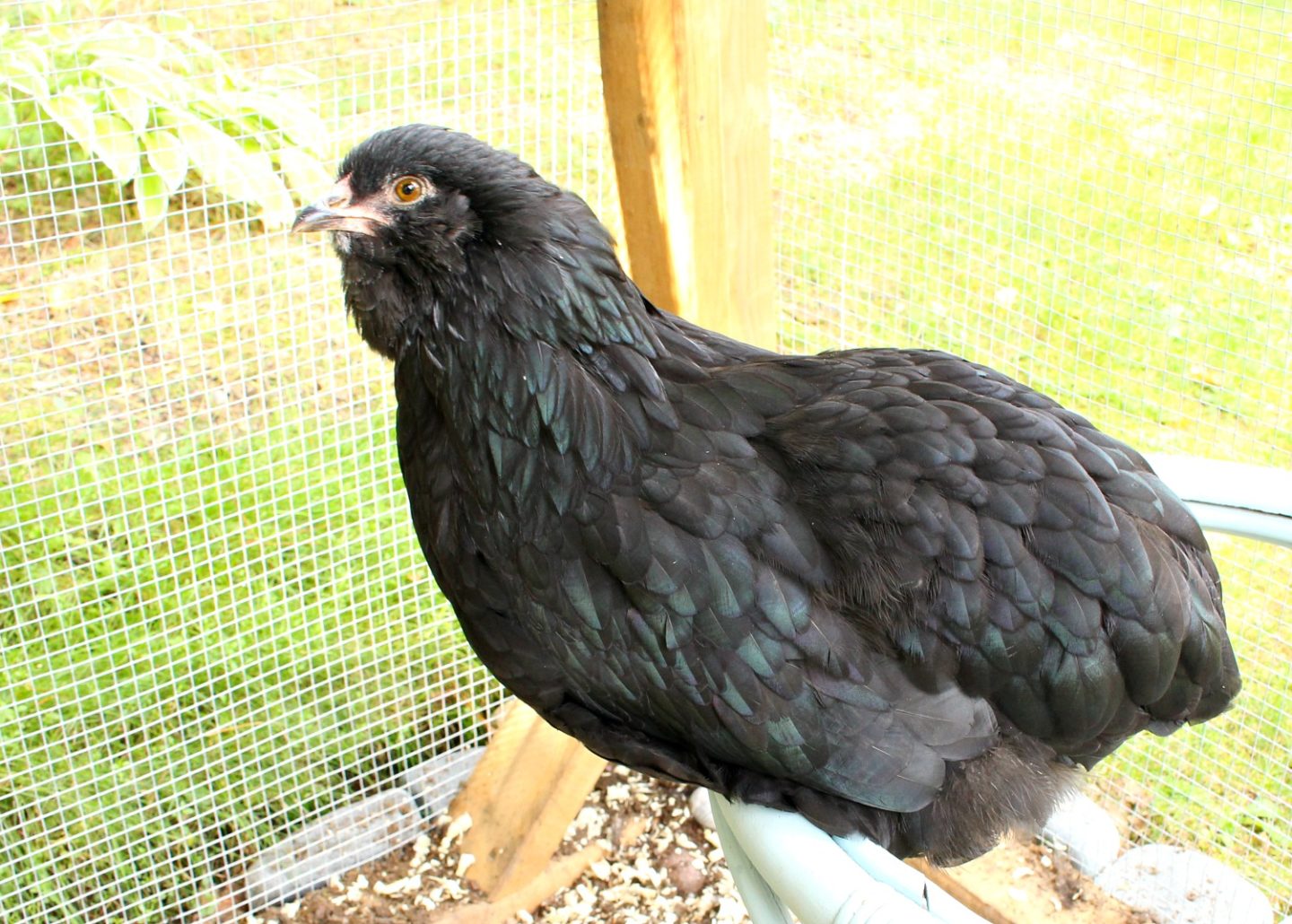 We didn’t even build nesting boxes.  I hastily threw a couple temporary nesting boxes together and I plopped a few faux eggs in there so they’d know where to lay.  But they made a mess of the nesting boxes!  Eggs were strewn about and the plastic box I keep inside the nesting box (for easy clean) was even flipped over one day in a kerfuffle and poor little Coal was trapped underneath for hours.  They did not seem like chickens ready to lay!  I decided to keep just one nesting box, so they’d have a place when spring came.

For awhile I checked every day for an egg, but then I just fell out of the habit.  I would fix up the nesting box when it got disturbed but that’s all.  If it wasn’t messed up, I didn’t look.  But I was mucking around in the coop this weekend, because I’m struggling with the humidity.  We had a terrible cold snap a week or so ago, and the temps plummeted suddenly so my chickens suffered!  We installed ventilation when we built the coop –  as per all of the coop building tutorials we found – but, around here, it seems to be too much because it lets in a draft.  So we sealed some off but now I’m struggling with high humidity (which is just as bad as cold for chickens!).  So I was crawling around in the coop, adjusting vents and just swimming in shavings, when the nesting box caught my eye.  I had bought six faux eggs (two green, two brown, and two white) and had put one of each color in the nesting box because my flock will lay all three colors.  But when I looked, there were five eggs.  For a second I thought maybe hubby found the extra faux ones and put them in there, but that didn’t add up.  I was looking at three pale blue/green eggs.  It took my poor brain forever to realize that my chickens had laid their first eggs!  What?!  I almost missed it! 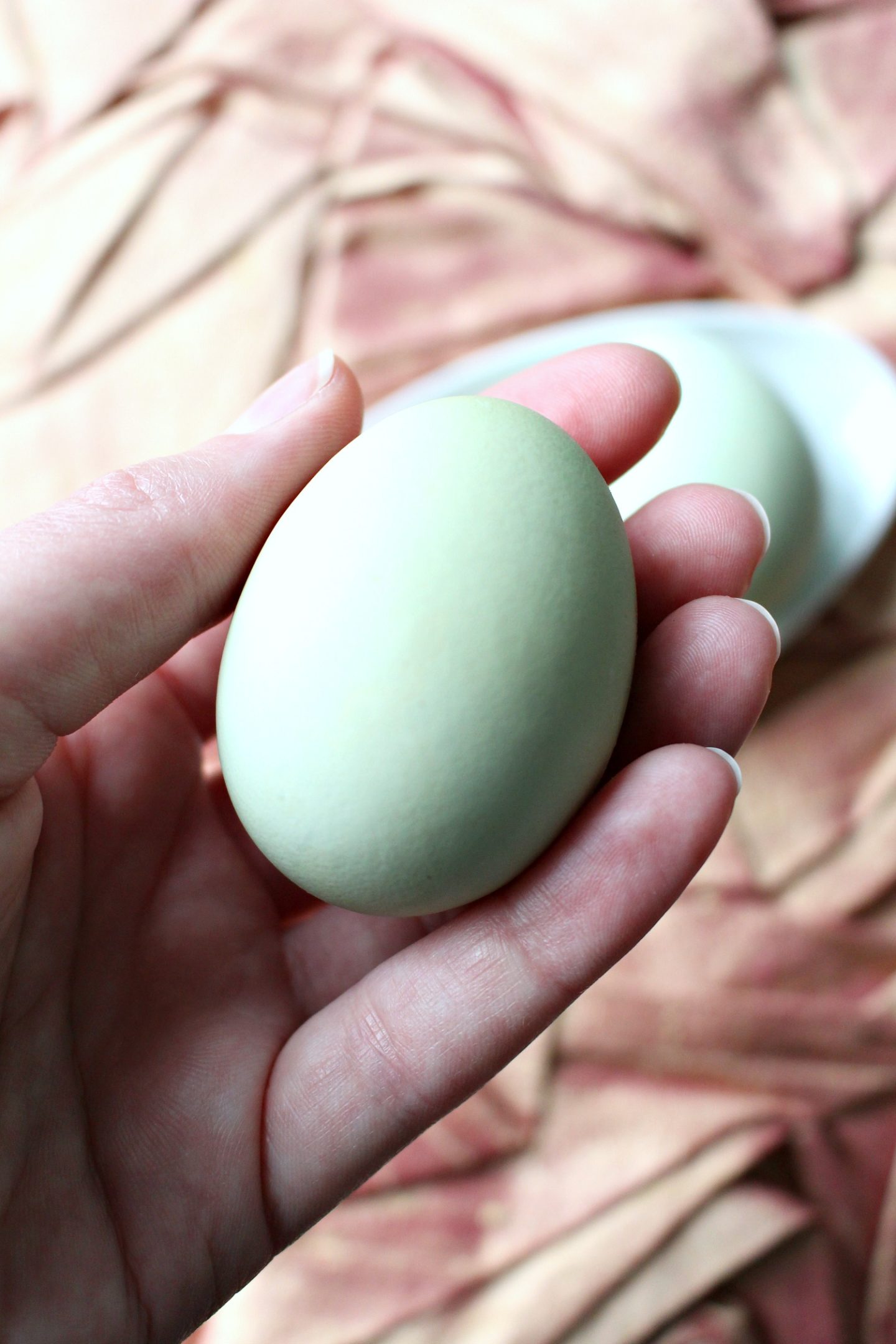 Two beautiful pale green/blue eggs.  They’re such good chickens.  They laid them where they’re supposed to and they weren’t crushed or squashed.  They weren’t hidden or buried or eaten or even covered in poop.  They aren’t even strangely shaped – although they’re a bit pale.  I have read that the first few eggs a hen lays can be supbar, but that they get better.  I hope the shells become more aqua because right now they’re sort of a beige-ish greenish blue.  So far only the Ameraucanas have laid eggs – I know this because of the egg color, my other hens will lay less fun eggs.  Also, I yesterday I actually spotted one of the Ameraucana hens in the nesting box yesterday morning!  She gave me this look that said, “get OUT of here hooman”.  Strangely, she didn’t actually lay an egg, so I’m going to have to keep an eye in them.  Hens can have reproductive problems so it’s important to pay attention to their health.

Now I have something to look forward to each morning: check for eggs!  I have seven hen in total: three Ameraucanas and one of each: Silkie, Ayam Cemani, Wyandotte, and Austrolorp.  I’m not 100% sure of the age of the three newbies, other than they were a June hatch, so I don’t know exactly when to expect that they will lay.  And Silkies seem to do their own thing, so I’m not sure when my Silkie hen will lay either.

Taking the eggs was a funny experience.  The line between farm animal and pet was blurred really quickly for me, so it should come as no surprise that I felt guilty for taking them!  It can take 24-26 hours to form an egg.  Apparently chickens will lay 10-12 and then come back to hatch them.  Now, Ameraucanas aren’t broody but still, I felt a little guilty because how do they feel when they come back and their egg just disappeared?  Is that why that hen didn’t lay after she spotted me sneaking around like a hungry fox?  Sadly, I can’t even eat the two eggs I found because I don’t know how long they’ve been there.  I’m sure they’re fine, because it’s been cool, but I honestly have no idea when I last looked in there and I don’t want to chance it.  I just keep them in the fridge where I look at them every day because they’re so pretty and magical.  I’m looking forward to another hen laying because I’m excited to eat one – sorry, eggcited.