I’ve casually mentioned that hubby and I don’t ever exchange gifts and EVERYONE is always super curious as to why my husband and I don’t exchange gifts.  So for Valentine’s Day, as I enjoy the tulips I bought myself, I thought I’d chat about it!

But I should preface my explanation with this caveat: this post is meant to be fun and not intended to discourage anyone from exchanging gifts with their loved ones.  I’ve been thinking a lot about life, and its purpose, and I think that finding moments of joy and happiness is so important.  People are so quick to criticize one another and I don’t want to do that.  Who are we to criticize any way?  We’re both a little odd, lol.

Hubby and I met when I was 17 and he was 19.  We were students and working summers as historical re-enactors at a tourist attraction.  I worked in a department called family life, depicting domestic duties: cooking, sewing, baking.  I learned to cook and bake in the year 1815 so I’m totally ready for the apocalypse, lol.  Hubby worked in an area called trades, doing coopering and carpentry.  I had seen him around and had a huge crush.  Luckily I had been chopping wood with such rage one day that I had broken my historic ax – I was thrilled for a reason to go see him and talk!

For pretty much our first decade together, we were SUPER broke.  For the first few years though, we did try to do the gift exchange thing, giving each other little gifts for birthdays.  Handy Hubby (then Buildy Boyfriend, haha) had a good rhythm of going to a local antique shop, owned by a family friend of his, and buying me a vintage brooch.  I was super into vintage jewelry (still am – I’ve always loved anything vintage) so it was a smooth move.  I’ll still never understand the thought process behind the frog though… 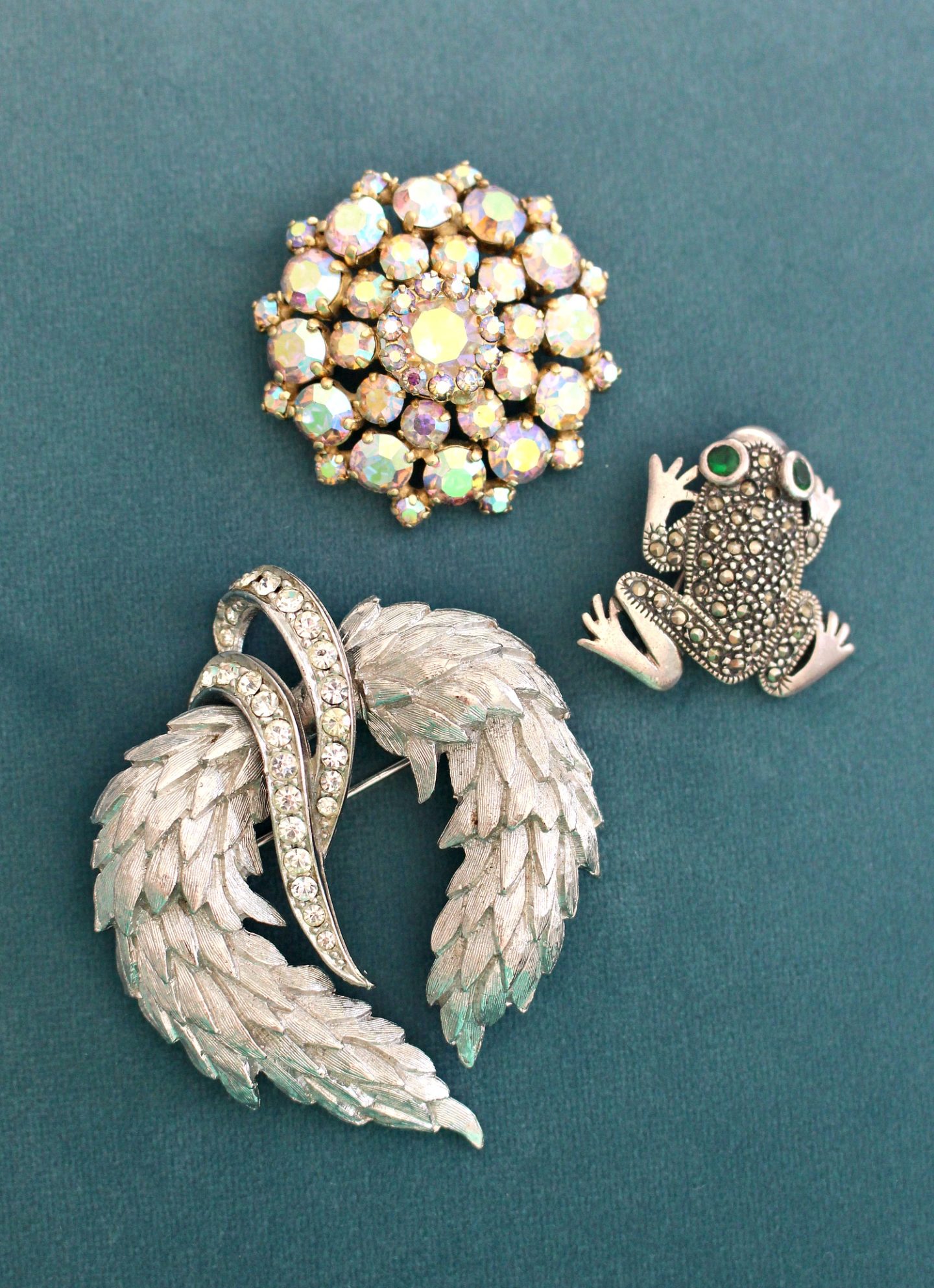 I bought him practical gifts that would spark a little joy, because he was so cash strapped back then.  I bought him a cookbook, a CD player for this car (I think I got his family to chip in?), a beautiful fan because his apartment was so stuffy, and a down duvet because he was using horrible hospital-style wool blankets.

I actually like shopping for gifts and I’m good at it – plus I was living at home and riding a scholarship to University so I wasn’t as skint.  Hubby lived alone and had rent and bills piling up, so it was difficult for him to part with any cash for a gift.  He also found it SUPER stressful.  Hubby hates gift shopping, hates the pressure to give gifts.  There was one year I kind of hinted at liking a pair of silhouettes in an antique shop and I thought he’d buy them for my birthday.  Two months after my birthday (a month after he had opened his lovely birthday gift), I casually asked him if I was to expect a present.  His reply, “awww CRAP“.

We stopped exchanging gifts at that point.  We were just too broke and it was just too stressful for hubby.  And I wasn’t super invested in getting gifts because receiving gifts often makes me feel uncomfortable.  I feel guilty someone spent the money, especially if I don’t like it!  I guess we’re a good pair that way, haha – he doesn’t like giving them, I don’t like getting them.

Instead, we spent what little money we had spending time together, scraping together what we could for a movie date or dinner.  I kind of assumed that one day, when we had money, maybe we’d start doing gifts again – commercials seem to suggest that’s the norm for couples.  When we both graduated and were ready to move in together – and to a new city, for me to go to grad school – we still struggled with money.  Our rent was high and we had bought a new car.  We decided to pool our money at that point and so we combined all of our (meager) bank accounts and savings.

After all the money (and debt) became ours shared, my perspective shifted.  It just seemed silly to exchange gifts after that!  Why would he take $50 from our joint account to buy me something I might like, when I could take that same $50 and buy something I know I’d like?  And vice versa.  (Or, more accurately, buy nothing and put it towards the debt).  Exchanging cards also seemed silly because that adds up too – if we exchanged 4 a year (birthday, Christmas, Valentine’s, anniversary) at $5 a card, that’s $40 a year.  In a 50 year marriage that’s $2000.  We make up for a lack of cards by consistently writing each other sweet texts and emails – we even message through Pinterest and send each other thoughtful little jokes.  We prioritize communication in our marriage.  I don’t need a card to know he loves and appreciates me because we tell each other every day in so many ways.  I used to feel the same about flowers – don’t waste the money! – but now I buy them for myself as weekly pick-me-up and sometimes hubby comes and helps me choose.

We’ve never felt the urge to pick back up with the gift exchange.  But we have, occasionally over the years, bought little gifts for each other every now and then, totally at random.  Hubby once brought me a pack of taffy on a work trip (I LOVE taffy) and when he traveled with family to Germany bought me a beautiful little pill box I always keep in my purse with an Advil and allergy pill inside.  That was a sweet little gift.  I bought him cute t-shirts when I was in Hungary because he loves a funny t-shirt.  Recently I bought him a Calendar because it had our EXACT car – year, model, color – in it, so I knew he’d be super excited about it.  I’ll buy him a lottery ticket when he’s blue and he bought me hand warmers for the ATV when I complained about my fingers going numb.  I secretly saved up some money I earned and bought him the speakers for the TV.  But he chose them and everything – it was no secret gift, it was just that I had been working towards that goal quietly because I knew he wanted them.

What he does that is even cuter than buying me stuff is that he keeps his eyes open for things I like when we’re yard sale-ing or thrifting.  We were hitting up yard sale with my grandparents, many years ago, and you would not believe my grandmother’s glee when Hubby spotted this vintage Sherman brooch!  I also heard him tinkling in a box at one yard sale, where he had unearthed a box full of vintage Iittala for $5!  That makes my heart melt, that he remembers and recognizes things I collect and scoops them for me – and that he spends time with me doing things I like.  Will it sound too sappy if I say that his company is the best gift? 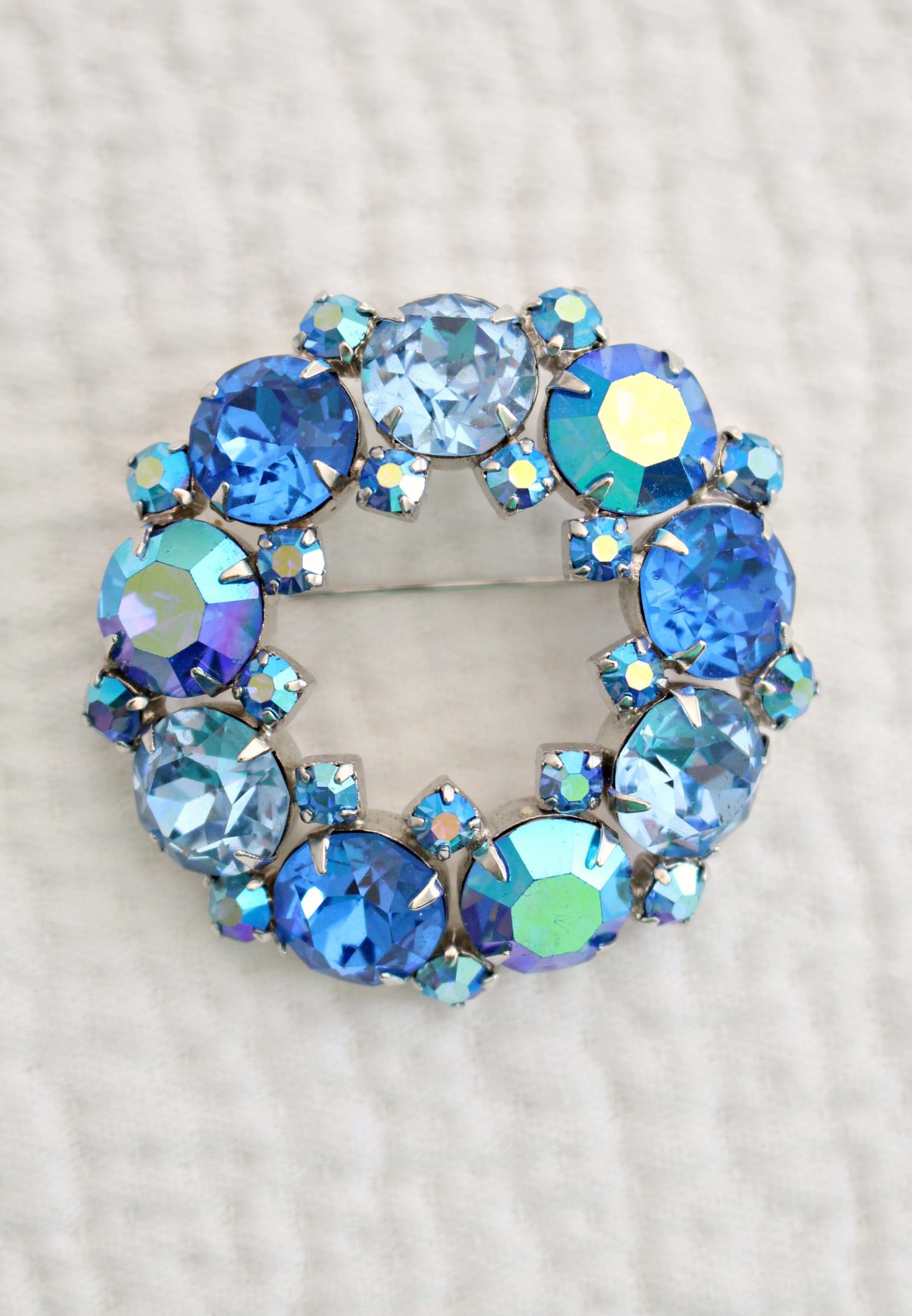 Even though I never found gift shopping stressful, I have to admit that it’s relaxing not having to worry about it!  Recently hubby hit a milestone at work and they no longer give gifts either, haha, so he got a gift card instead and it was nice to have him just pick out a watch he wanted – I never would have known exactly which one he liked.  Women often ask me if I feel sad that I don’t have something from hubby to mark special occasions – but I don’t even have an engagement ring, so it’s not something I think about.  I am a magpie though, so I appreciate something that sparkles – don’t get me wrong!  I’ve bought jewelry when we’ve traveled to remember the trip (I especially love adding charms to my charm bracelets).  And I have treated myself to a few things to mark special events, like when I graduated with my PhD, I bought myself a pair of tiny diamond earrings.  But mostly I am happier to squirrel away as much money as I can, so that we can do fun things together! 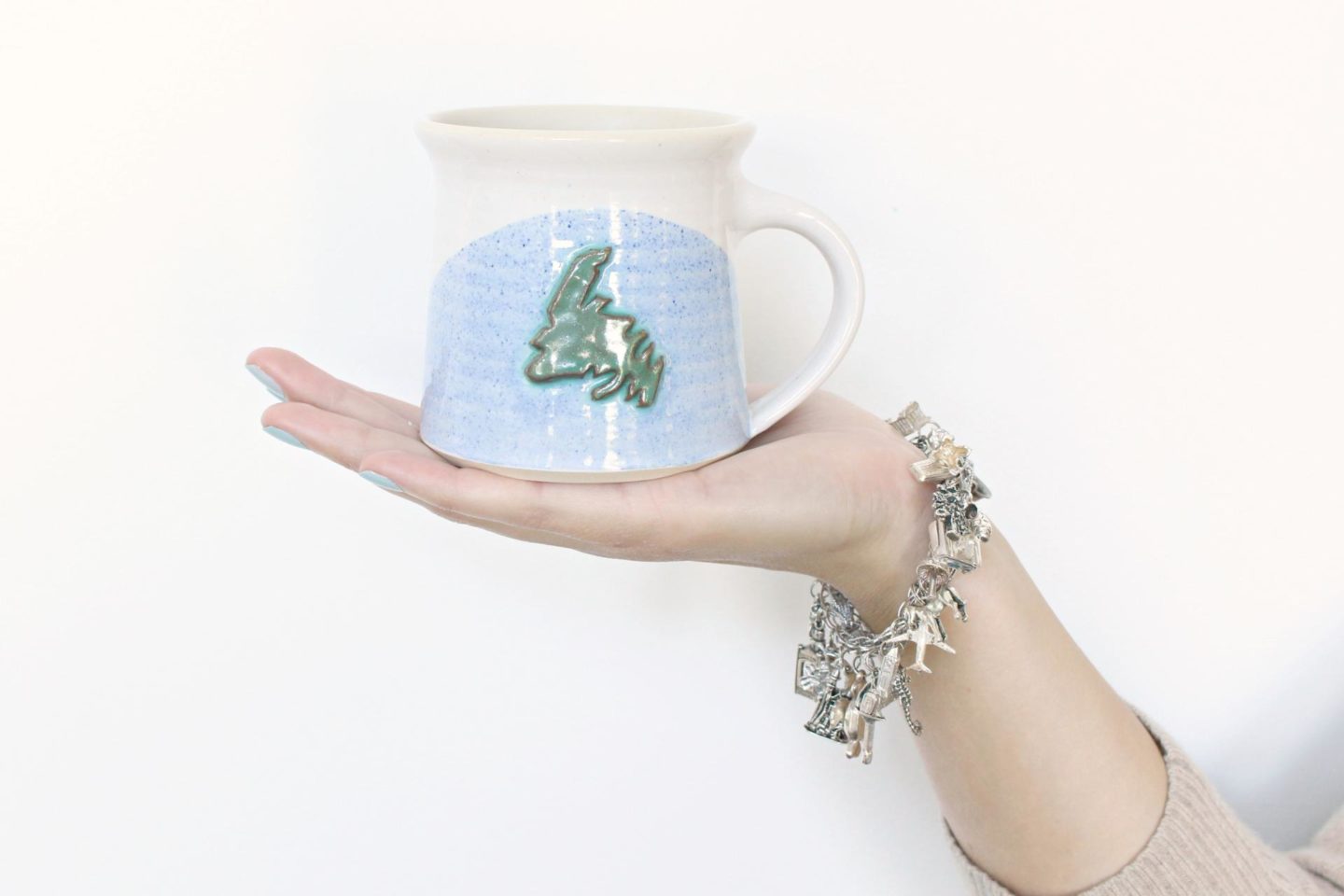 Ohhhh, but the other day I found a necklace I really wanted – but it’s $1100 and so out of my budget (turns out, nearly 20 years later, we’re still kinda broke but at least we have a house and car to show for it haha).  But I reeaallllyyy wanted it (I still do – it’s a chicken foot with a turquoise egg), so I was teasing hubby, telling him he’d been saving a bundle not having to buy me jewelry for every holiday, birthday, and anniversary.  I jokingly added up what the average guy would spend over a 19 year period and deducted any jewelry I had bought myself with our money.  Turned out I had a HUGE “budget” left to buy the necklace and we laughed about my ridiculous logic.

We stopped giggling and hubby eagerly said, “ooo, now do mine”.  I still crack up about that conversation.  He’s just the cutest, funniest, most thoughtful Valentine I could ask for.

So that’s why my husband and I don’t exchange gifts!  It just worked out this way for us because at first we were so broke and then it didn’t make sense once we pooled all of our money.  Plus it stressed poor hubby out and something like that should be fun or what’s the point?  We’re both totally happy about the decision and it’s just become a way of life for us.  I still treasure the vintage brooches he bought me and I picture him nervously picking them out.  And we still have the fan, cookbook, and duvet I bought him!  Exchanging gifts was interesting, but I love the simplicity of our lives – and the freedom to just buy what we really want – since giving up gift giving.